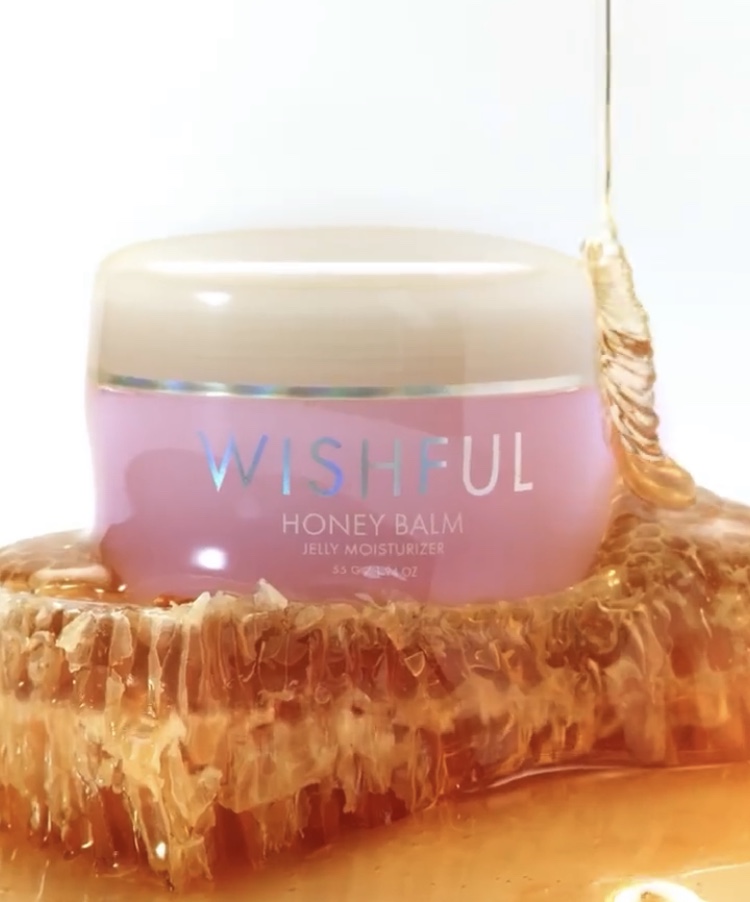 Huda Kattan has announced the newest addition to their Wishful skincare brand; the Wishful Honey Balm Jelly Moisturizer which is launching today. Their last product launch was the Clean Genie Cleansing Balm, so it's exciting that they're now launching a moisturiser. 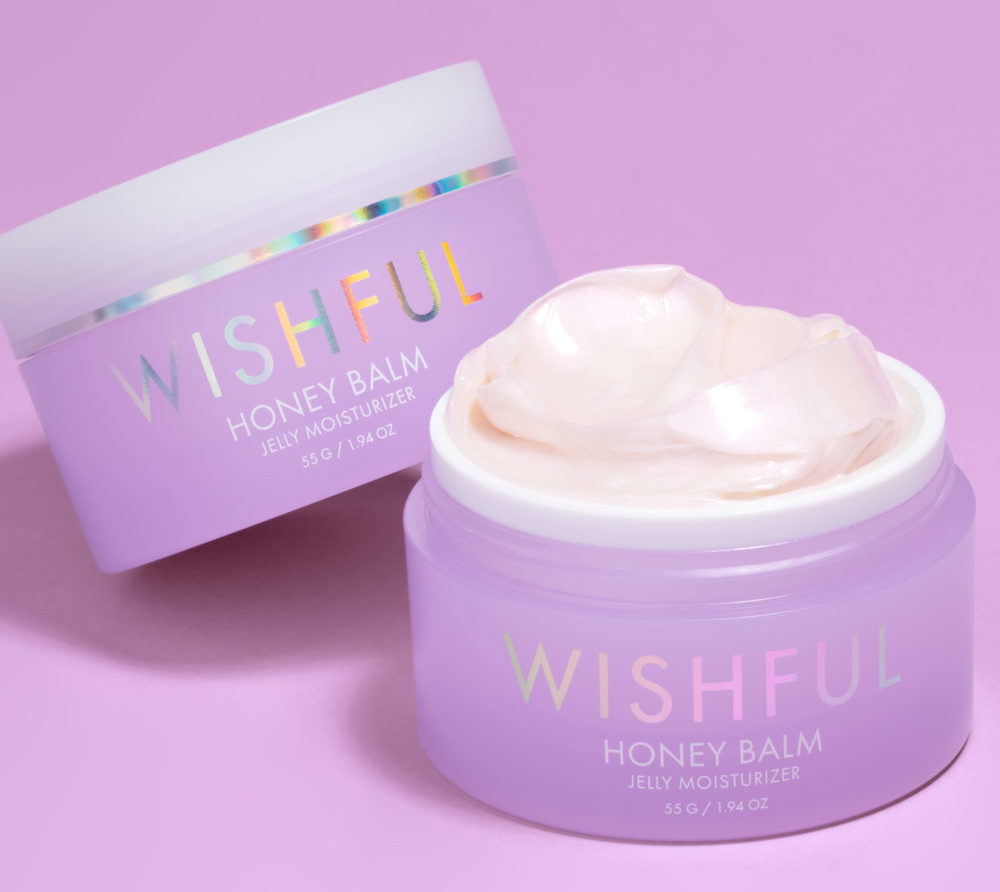 Over the last few days, Huda and Wishful have been sharing some images of honey and have asked their followers to guess what the launch was going to be. 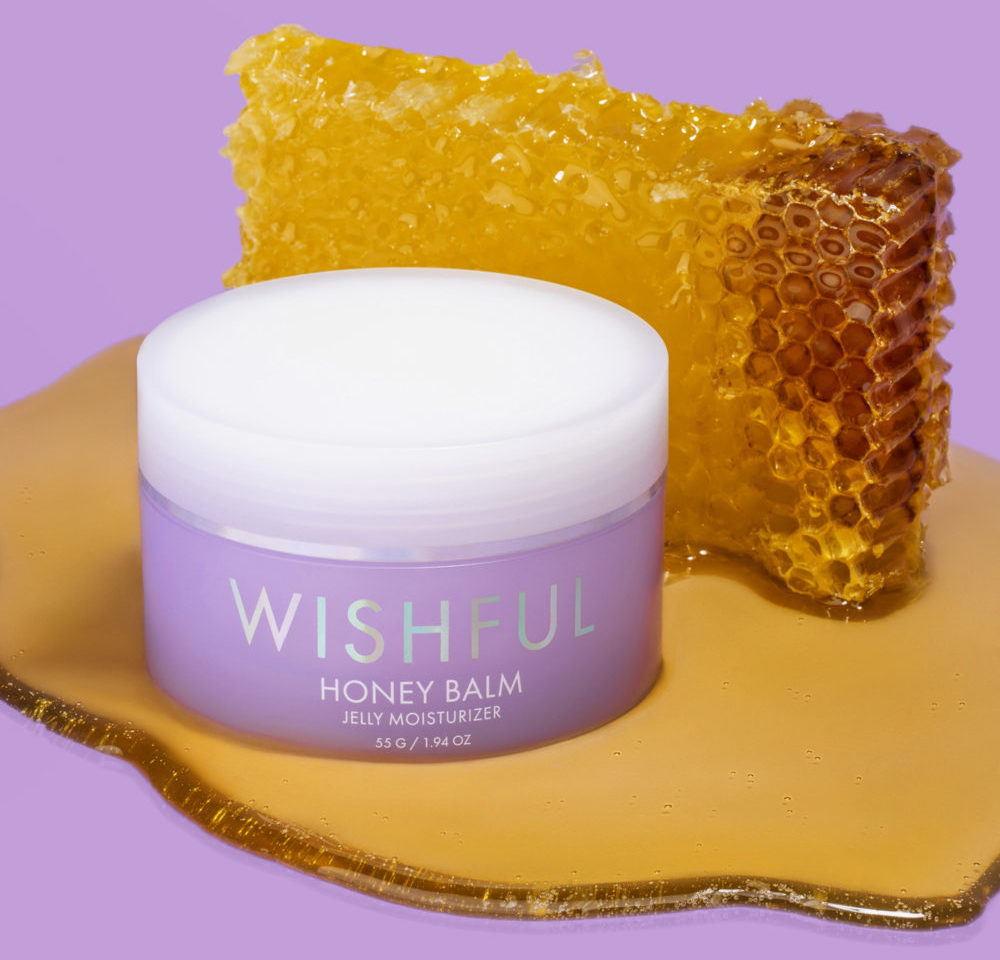 I thought it might have been a face mask, but it's now official – it's the Wishful Honey Balm Jelly Moisturizer, which is launching in just over three hours on the Huda Beauty website, and other retailers after. 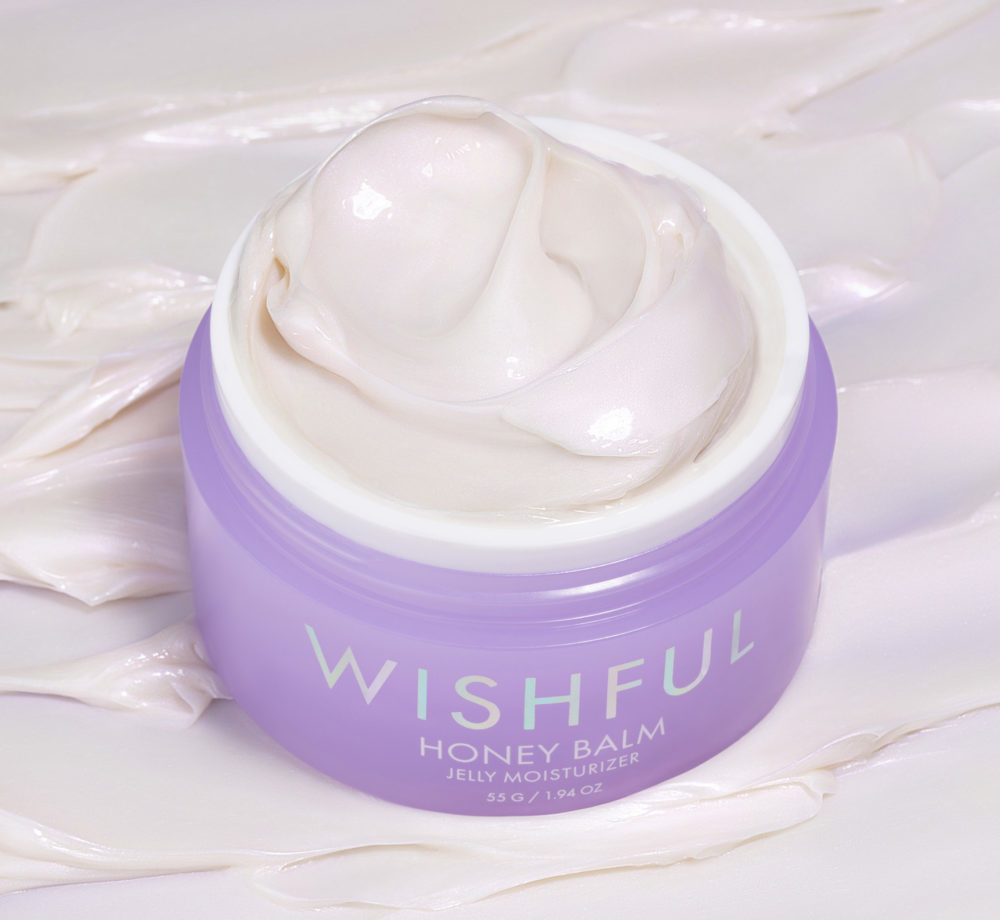 The Wishful Honey Balm Jelly Moisturizer is described as being a luxurious, unique formula that really goes above and beyond to hydrate, brighten, reduce the appearance of pores, and bring that glow. 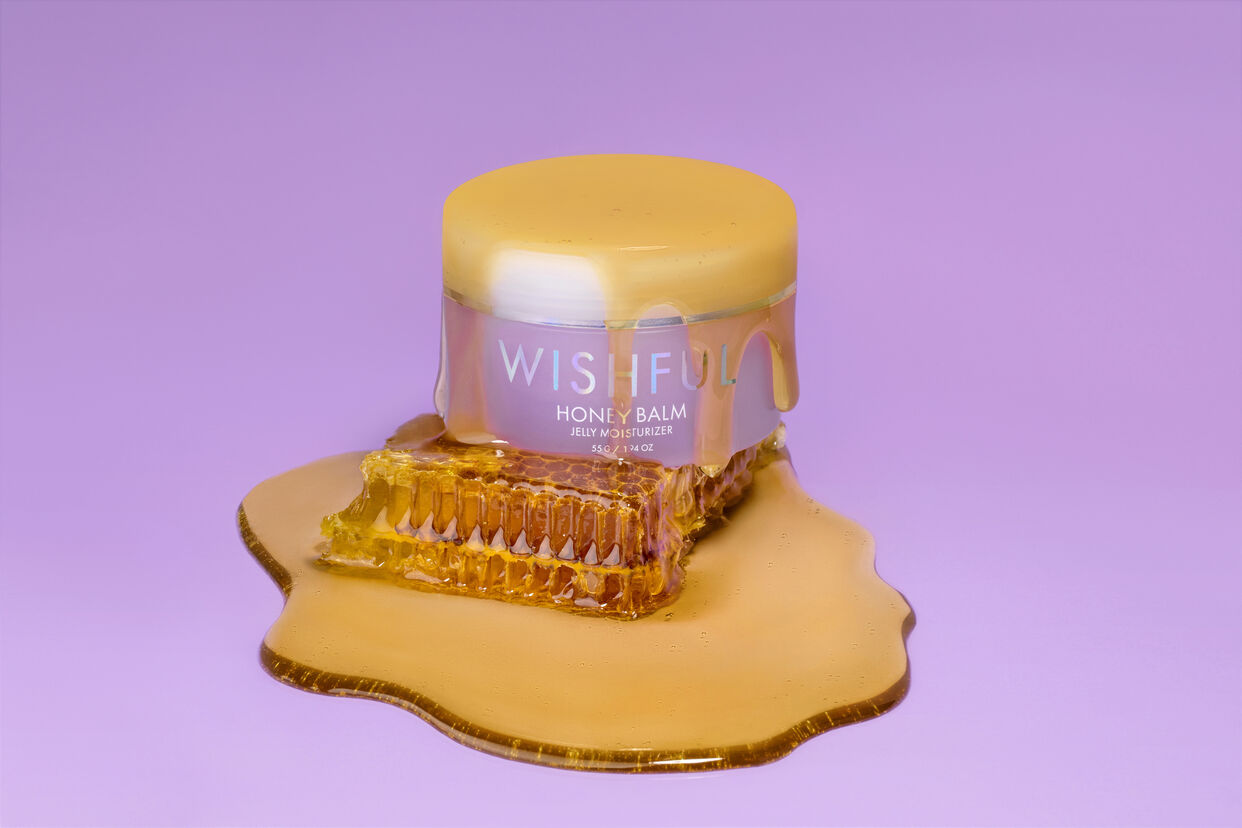 The Wishful Honey Balm Jelly Moisturizer is said to be packed with hydrating, skin-soothing ingredients, and I use it every single day in my routine. Huda is known for her beauty DIYs on TikTok, and she wanted to utilise her favourite ingredients from Mother Nature like honey and turmeric, to make this balm as nourishing and effective as possible. 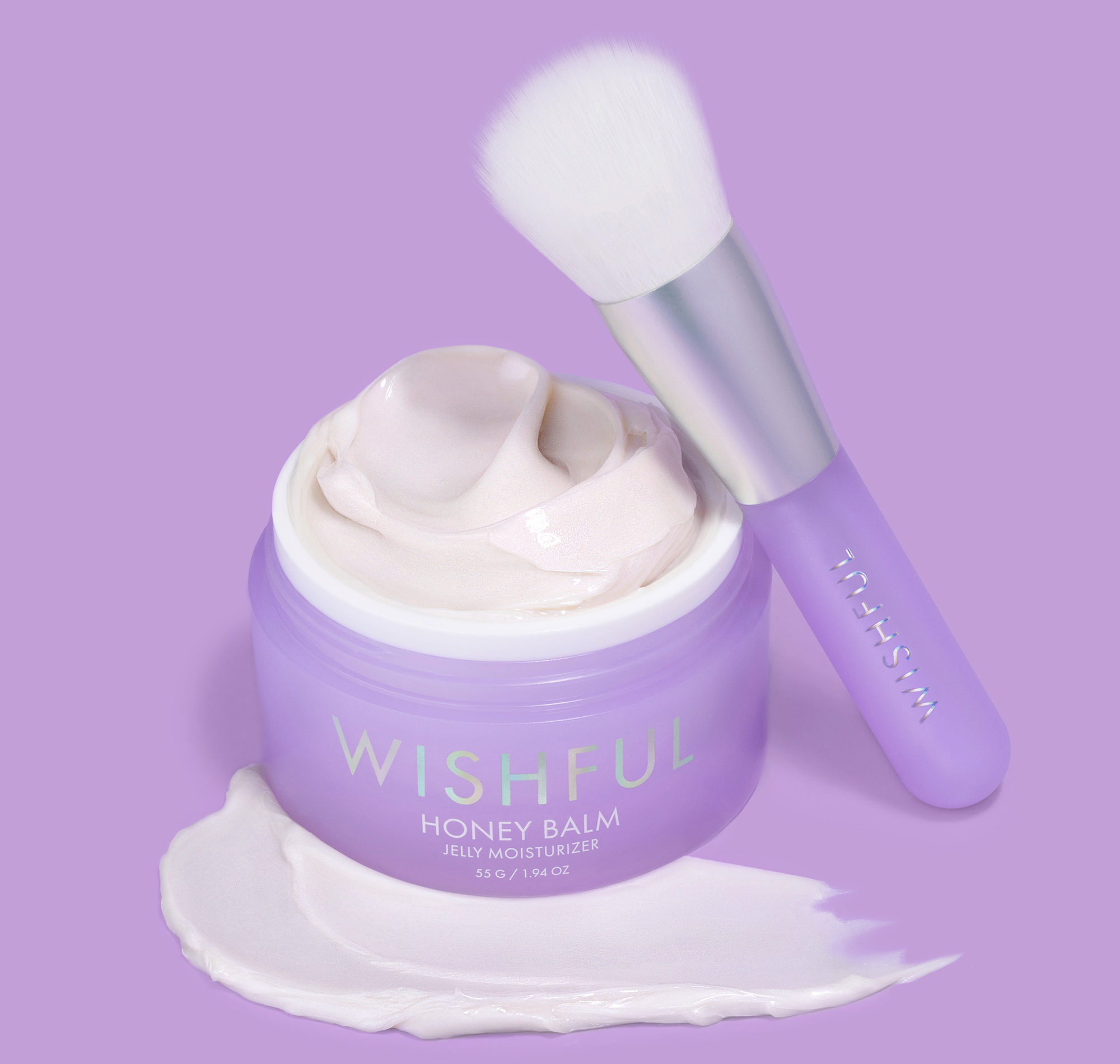 Huda describes the moisturiser as having a texture which is divine and unlike anything else she's tries. With a whipped, almost jelly-like consistency which helps it to melt into your skin for the most amazing, sensorial experience.

Wishful said they have also added finely crushed, ethically-sourced lavender pearls that give a beautiful iridescence to the skin. So that the long-term benefits of the moisturiser gives an immediate glow that is so beautiful and satisfying. 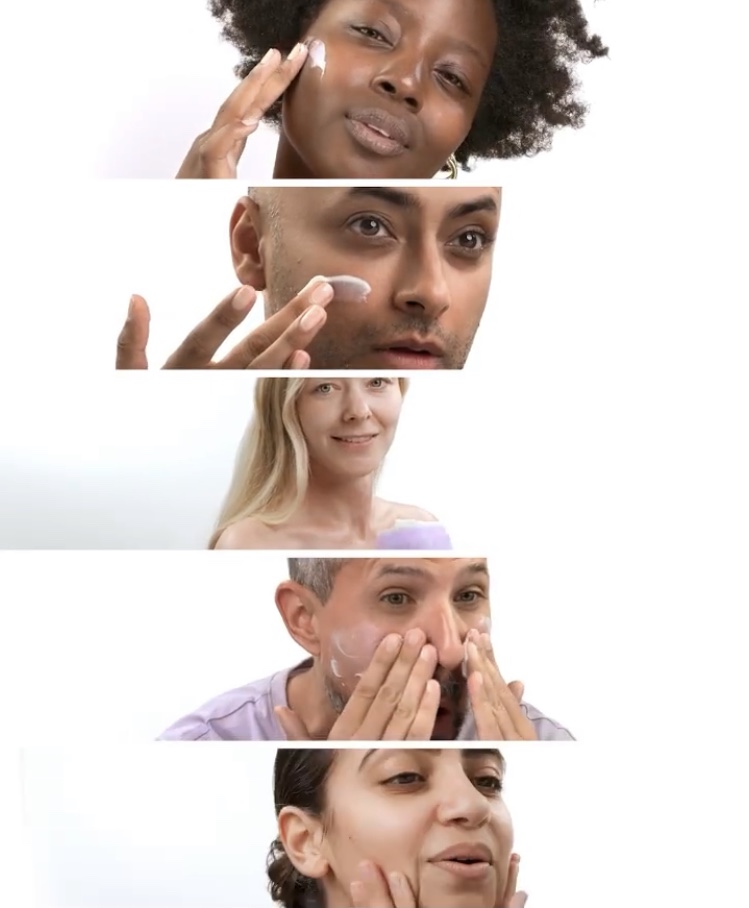 Huda said she always uses honey for her go-to skin hydration, so it's one of the key ingredients in the Honey Balm that helps to keep skin moisturiser for upto 24 hours. 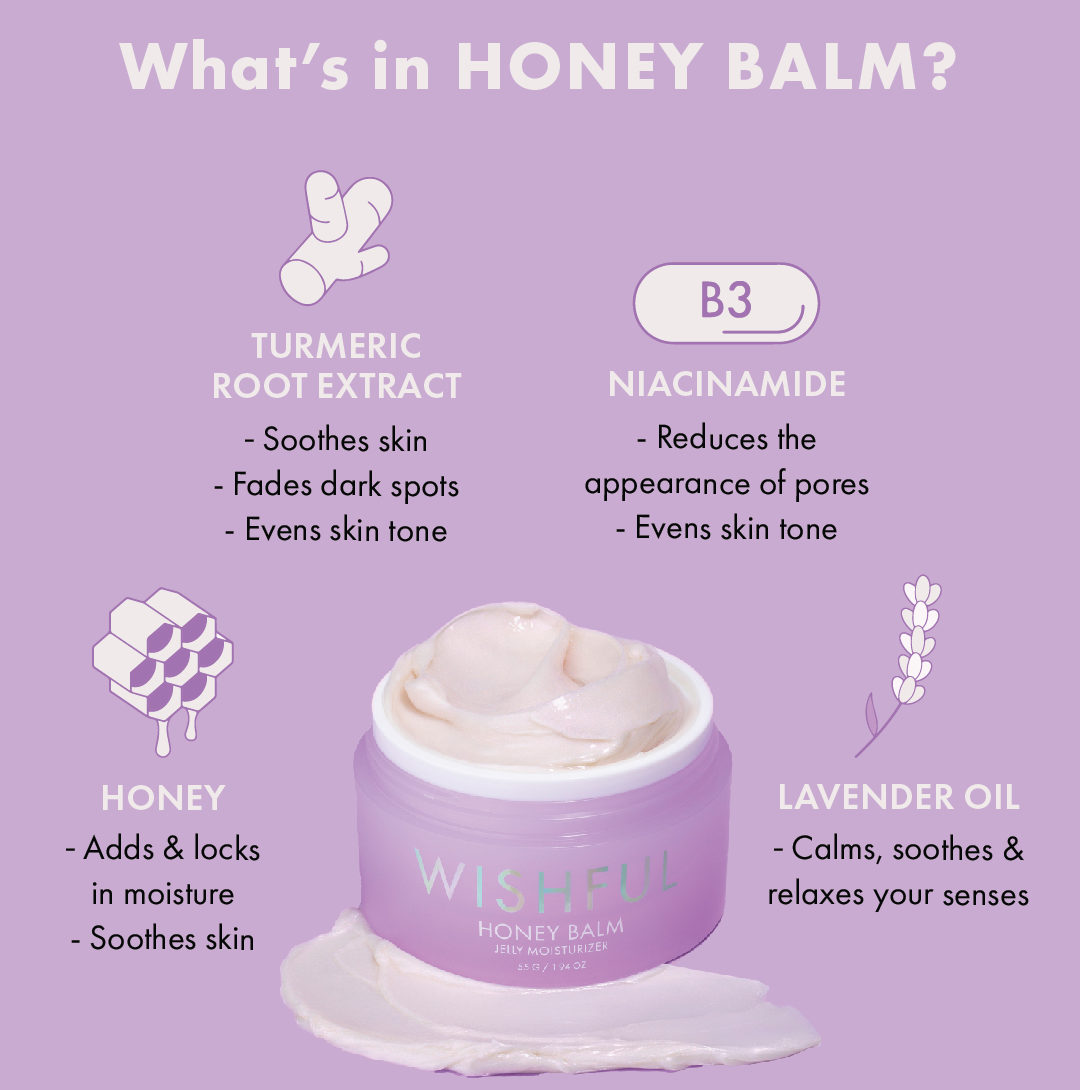 Wishful also added brightening turmeric root extra, which helps to even skintone and also act as a powerful antioxidant to protect the skin whilst niacinamide, a form of vitamin B, visibly reduces the appearance of pores and brightens a lack lustre complexion.

In addition, they also added lavender oil which was the inspiration behind the pastel lilac packaging, which is said to really enhance the whole self care experience thanks to its calming and relaxing scent – making it ideal to be used as your nightly moisturiser.

Huda has struggled with problematic skin, so it was important for her that the Wishful Honey Balm Jelly Moisturizer had a formula that would work for all skin types, because it’s non-comedogenic and non-acnegenic too. 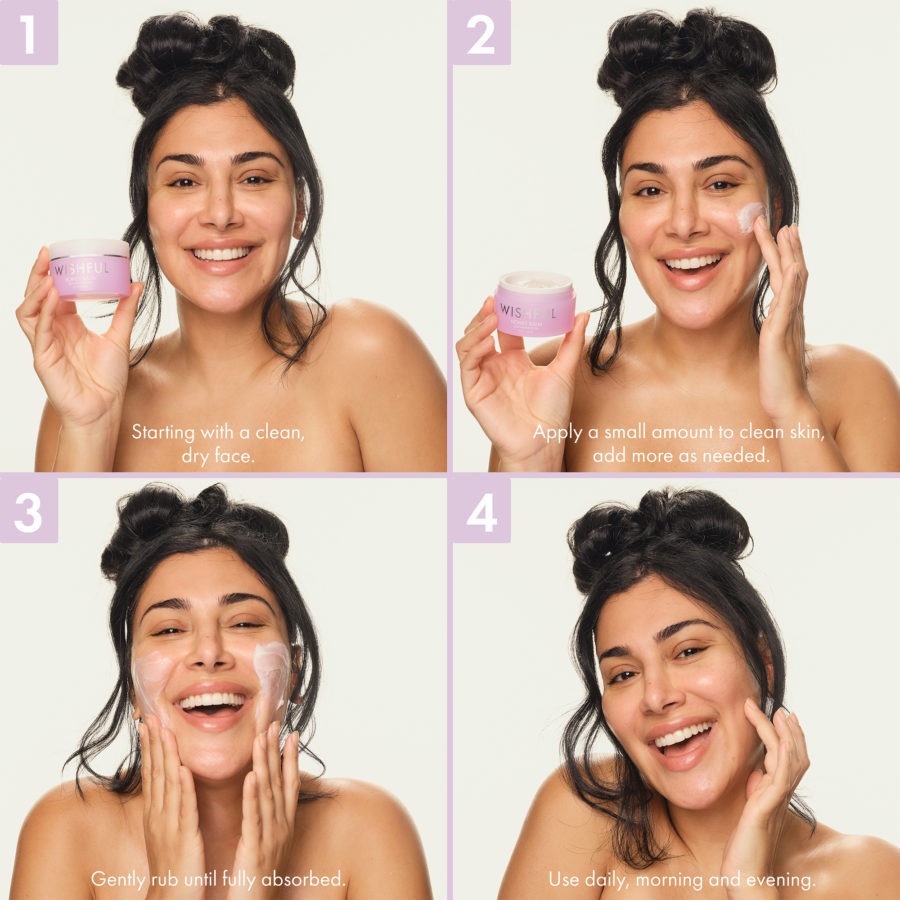 The Wishful Honey Balm Jelly Moisturizer can be used both day and/or night, and because of its luminous finish and texture, it's also said to work well when used under your makeup as a primer, as it makes Huda's skin look so pretty, that she doesn't want to apply makeover over the top.

Huda's inspiration for the product;

“While I was on a trip to Seoul with my team I discovered this unique balm-like texture in one of my fave skincare labs and I just knew it was perfect. The unique formula does such an incredible job of locking in moisture and I knew if we combined it with my fave natural ingredients, it would be a true game changer.“ 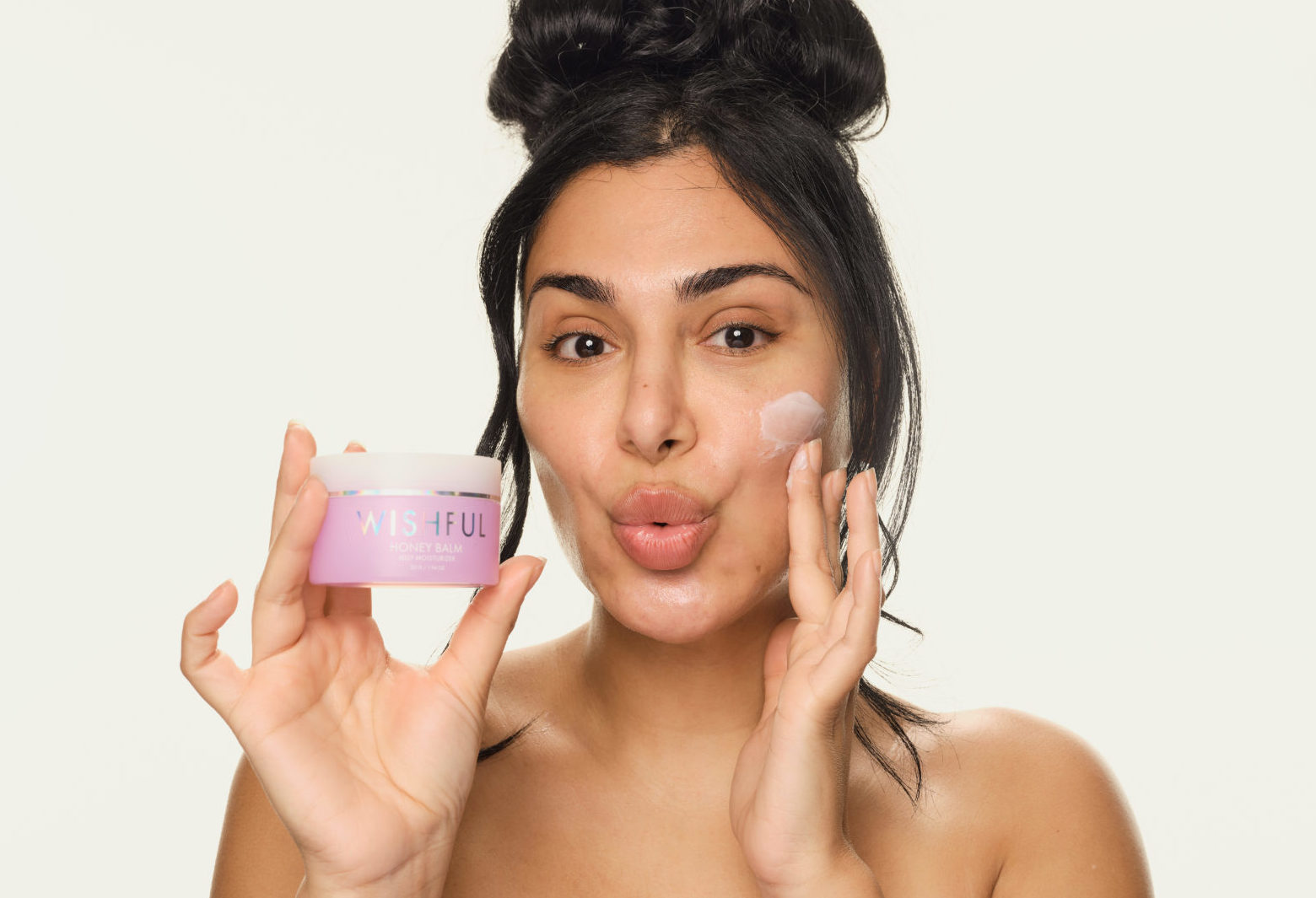 In addition to the Wishful Honey Balm Jelly Moisturizer, Wishful have also launched the Wishful Moisturizing Wand which can be used with the moisturiser for easier application – especially when you’re on the go and don’t want to use your hands.

It's a 100% vegan brush (whilst the Wishful Honey Balm Jelly Moisturizer isn't) and is crafted from three different fiber lengths that allow you to effortlessly apply product in a thin, even layer across your face and neck. 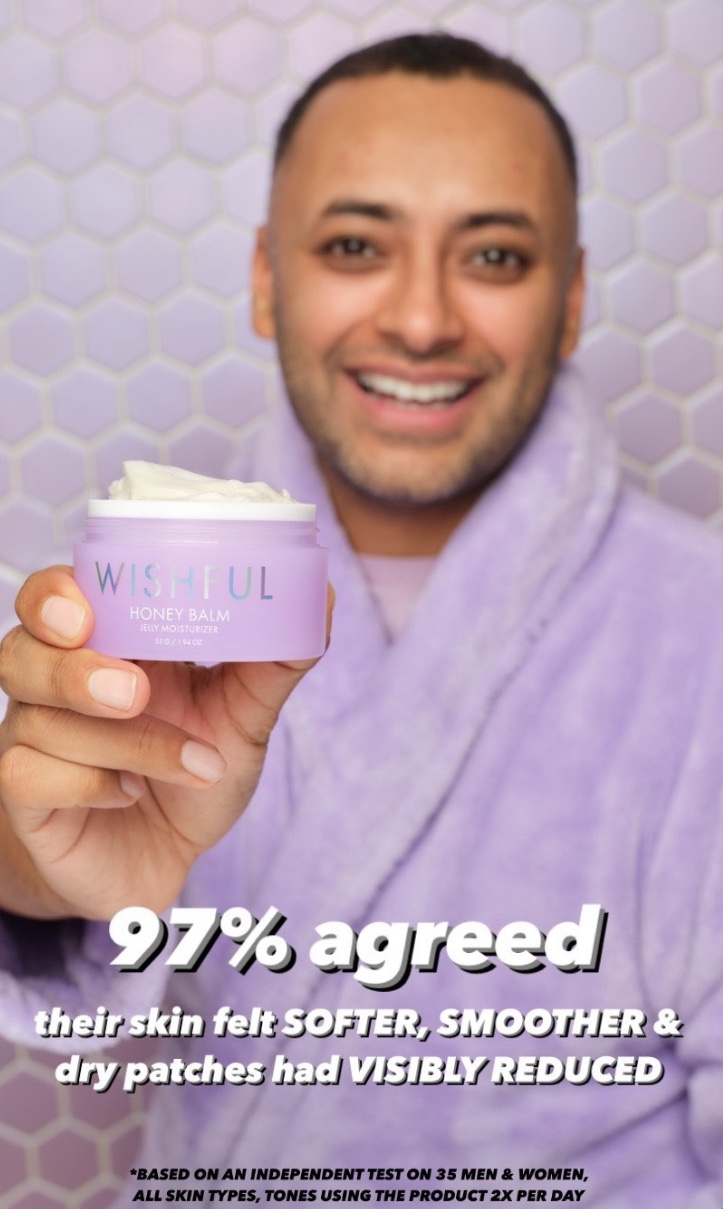 It's been designed so the long bristles hold product on the surface of the brush while the shorter bristles support even application over the skin, making it so much easier to get to hard-to-reach places. It's been designed for the Honey Balm, but it can be used with any skincare or primer.

It sounds like such a lovely moisturiser, with a unique and interesting texture, and I'll keep you updated once further information is revealed.

All images belong to Wishful.