If you’re a fan of Wayne Goss Cosmetics, the Wayne Goss Pearl The Luxury Eye Palette has been revealed as being the latest launch for Wayne Goss’ own makeup brand.

The last launch was the Waye Goss Cosmetics The Waterproof Mascara, which has had really great reviews so far, and this newest palette will be the third palette for Wayne’s brand. 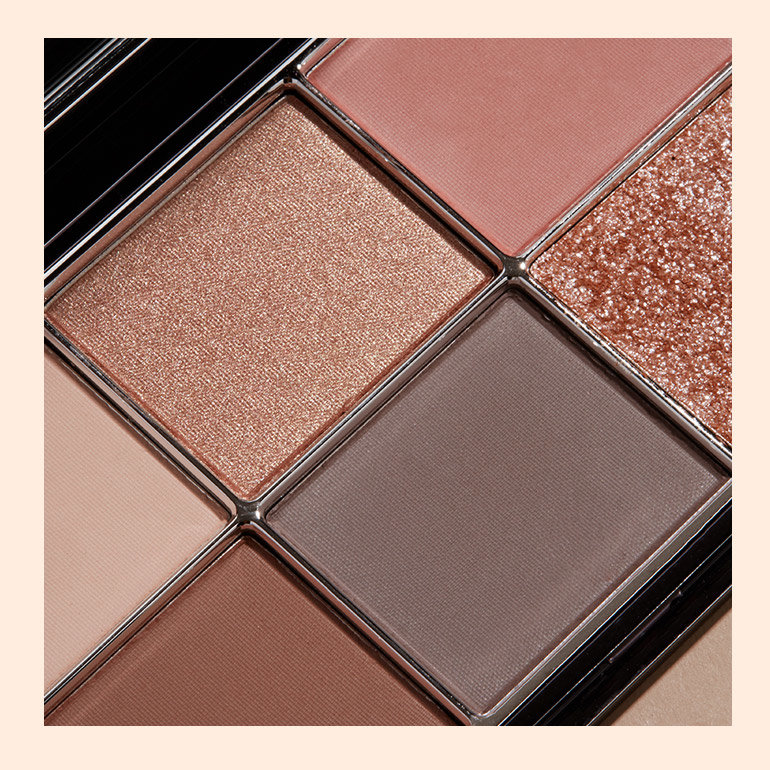 The above photo is the only image we’ve seen of the Wayne Goss Pearl The Luxury Eye Palette so far, and it’s a little confusing. When Wayne launched his first palette; the Imperial Topaz Palette, he did a video and said he would be including a black matte shadow in every single palette he ever launches.

There was a black in the second palette (Pearl Moonstone) so it’s strange to see that the Wayne Goss Pearl The Luxury Eye Palette does not contain a matte black as promised.

There was a little backlash over the need to include a black in every palette, which Wayne has said was the reason for the U turn, so if you were put off by the inclusion of a matte black shadow in each palette, this palette might appeal to you. 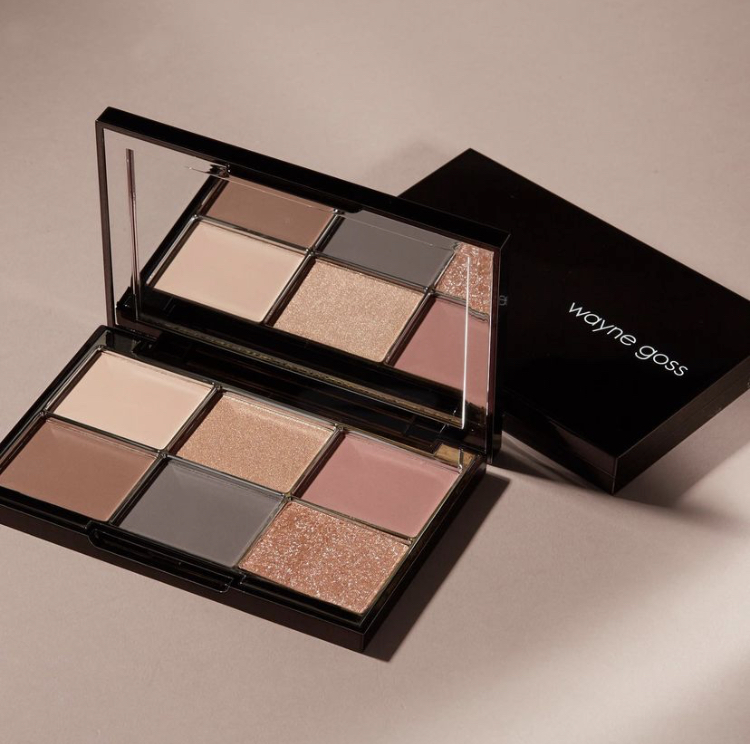 The Wayne Goss Pearl The Luxury Eye Palette features six shades, just like the other two palettes, and will be on sale for $55. Inside this palette we can see that there’s four matte shades, one shimmer shade and one “absolutely unique celestial” shade which looks like a foil finish.

The thought process and inspiration for the Wayne Goss Pearl The Luxury Eye Palette, was Wayne doing a lot of bridal makeup in the past as a makeup artist. These are the shades he said he’d go for, for creating a stunning bridal makeup look. 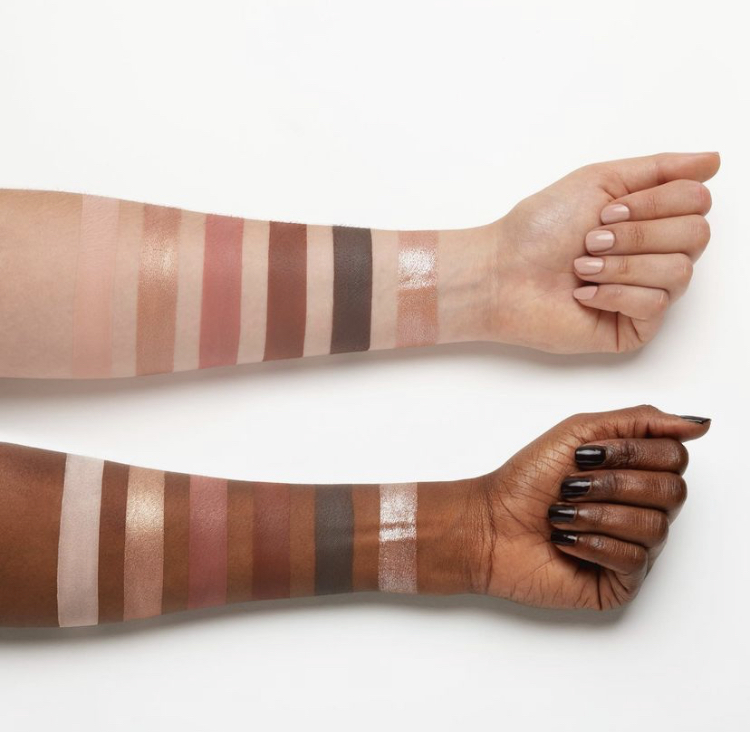 First up is a ‘bone’ shade which washes over the entire eyelid. Then there’s a shimmering gold which a subtle rose gold undertone. Next is a barely there pink, a deep dark brown matte, grey brown matte, and a champagne foil which gives a ‘wet look’ on the lids. 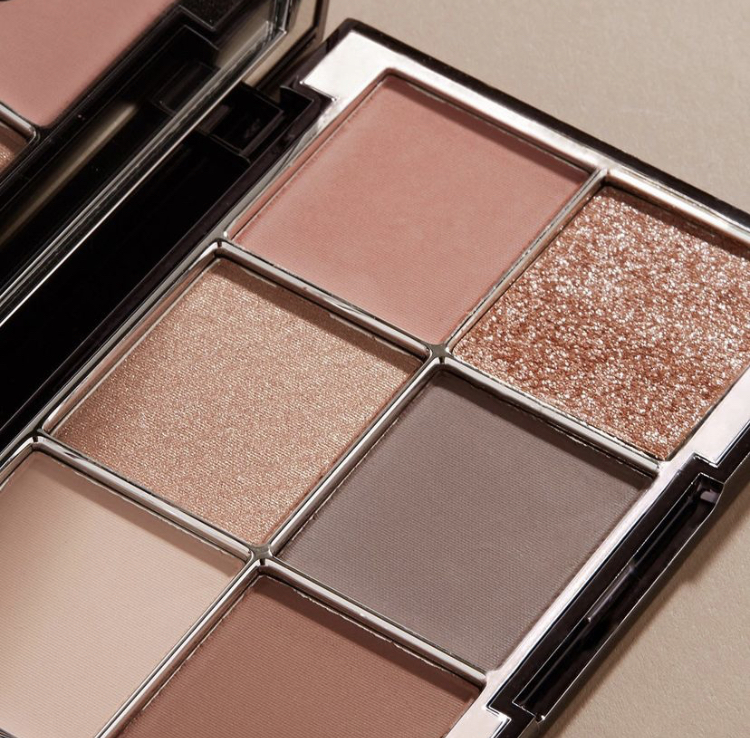 Whilst the Wayne Goss palettes are pricey, the pans are massive, with a total of 16.2 g / .57 oz of product, which works out at 2.7g per shade which is a lot of product per pan. 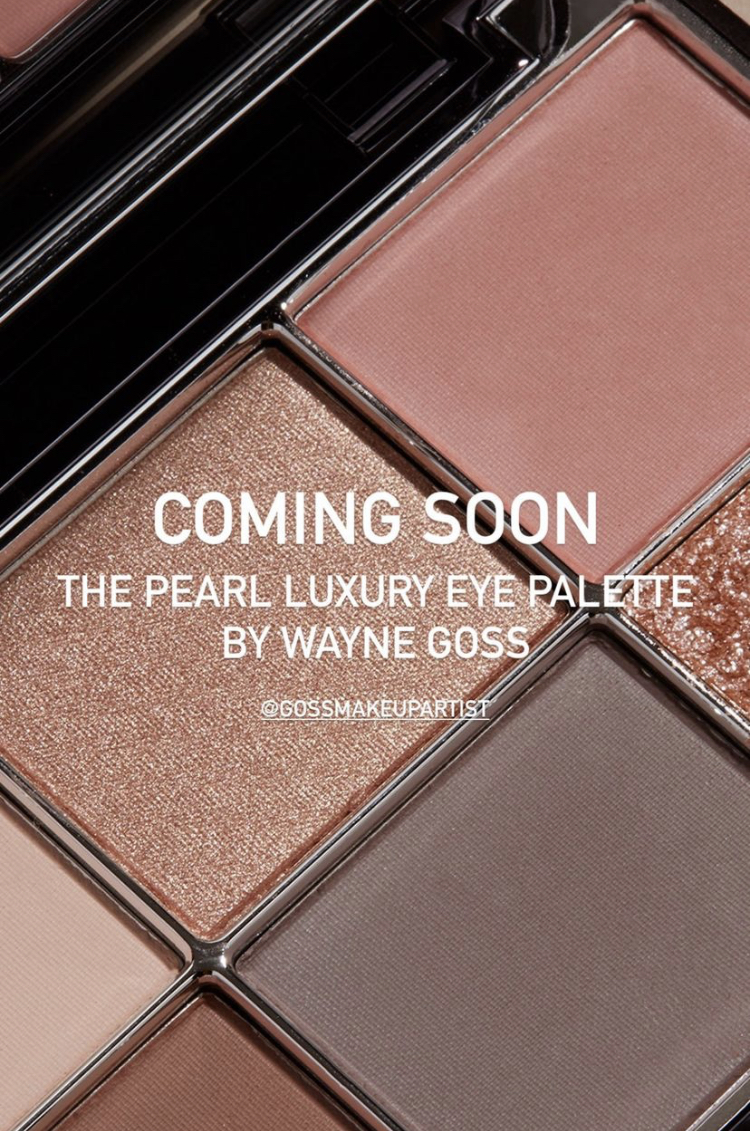 This palette looks a little more neutral toned compared to the very warm toned Imperial Topaz Palette, and it does look like a great bridal palette. If you want to get your hands on this palette, it launches right here.