The Too Faced Cinnamon Bear Makeup Set is one of the cutest Christmas gift sets available for 2020, and is part of a whole adorable cutesy collection by Too Faced.

Too Faced feel like they have two themes for products – cute and fun, or risqué, but I love it when they give us cute collections like this one. 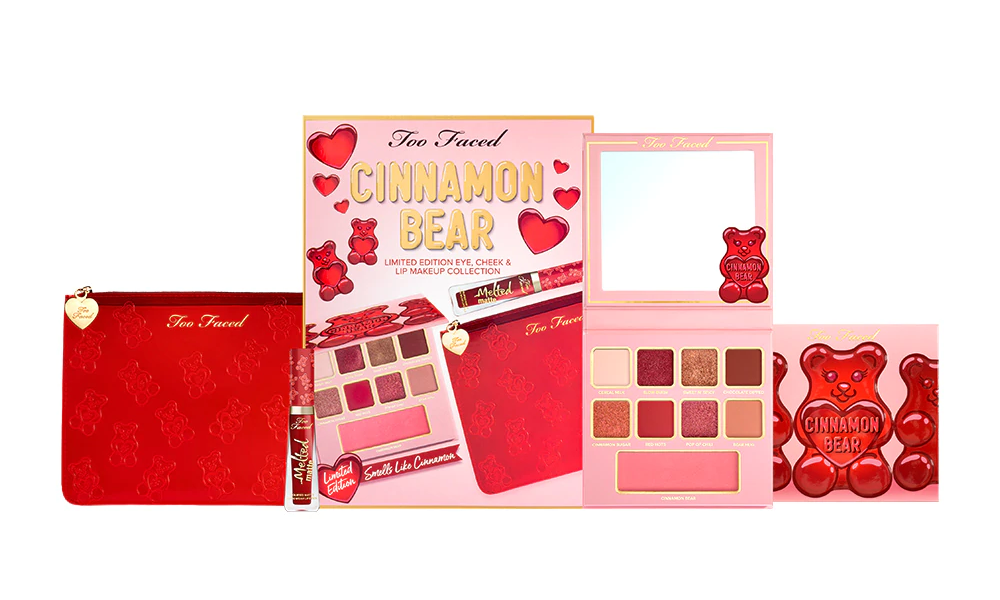 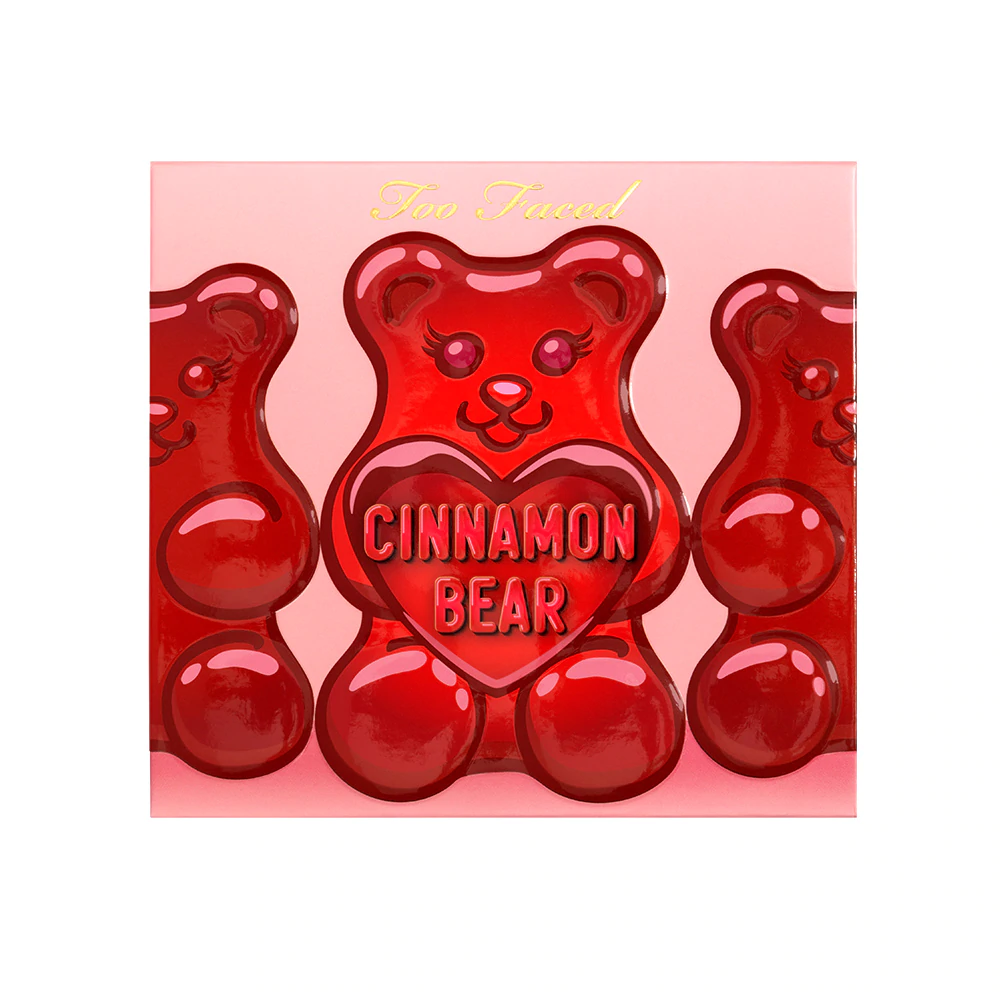 The Too Faced Cinnamon Bear Makeup Set is $39, but the contents of the set are worth $116 which is fantastic. Too Faced usually always nail it when it comes to value for their sets, but $116 value for $39 has to be one of their best value sets this year for sure. 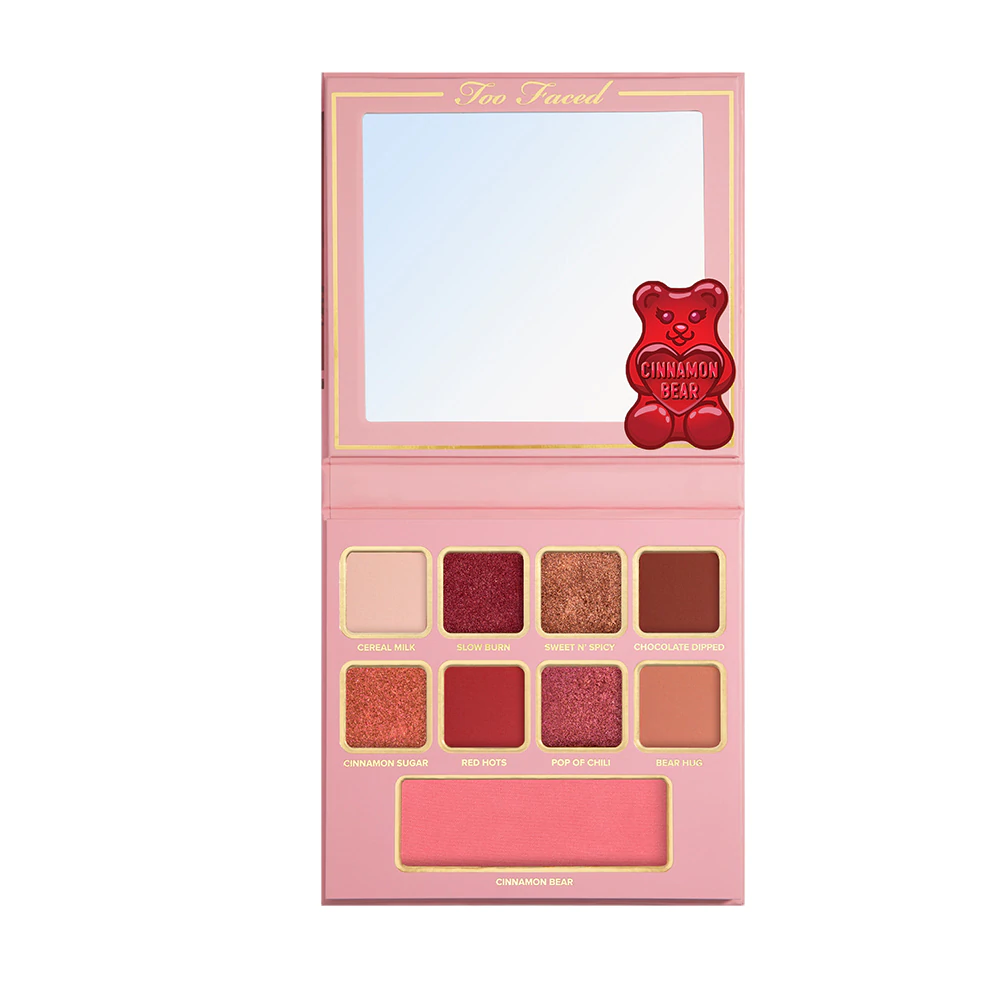 If you’re from the UK, like myself, I had no idea what a cinnamon bear was. But it would appear their cinnamon flavoured candies, and they’re really cute. They have a translucent colour to them, which is what has inspired this particular collection. 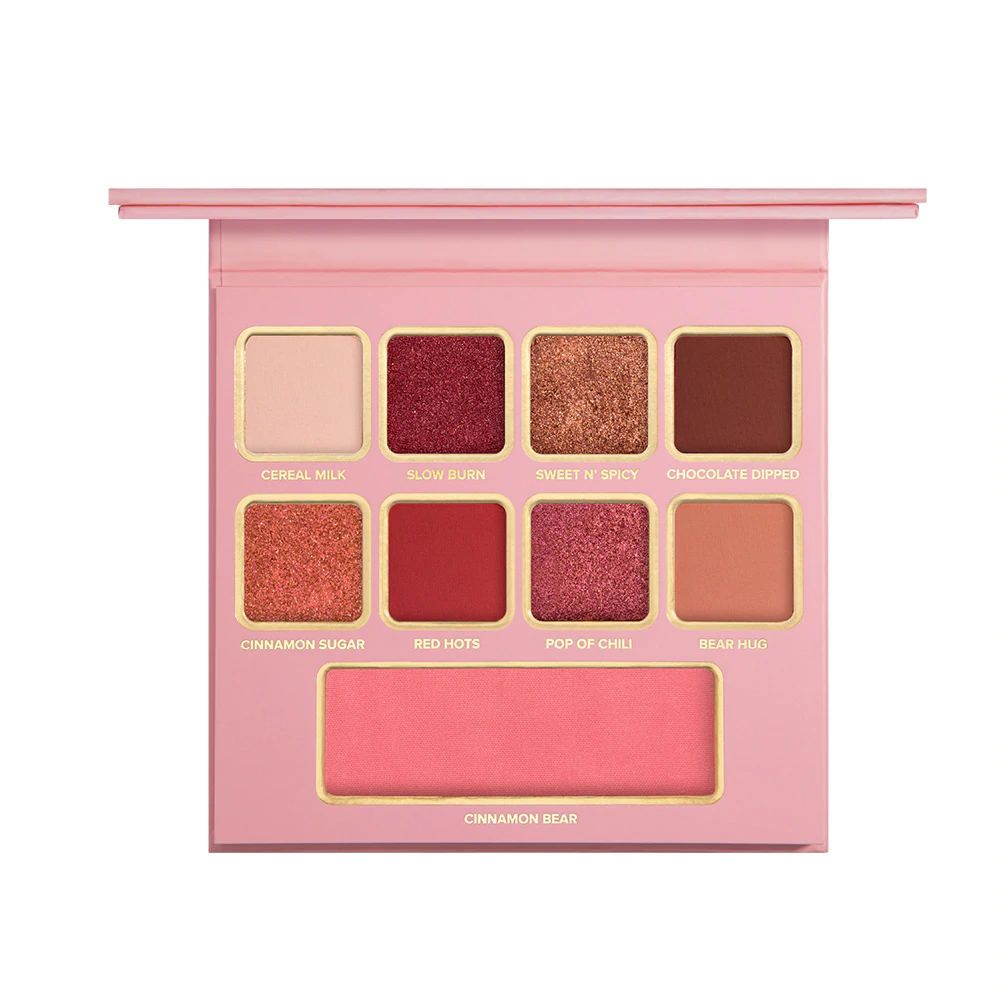 “You’ll look red hot with this sweet & spicy palette of cinnamon-scented eye shadows and a shimmering pink blush that capture the sexy spirit of the Christmas season.

Warm & wearable shades in a variety of finishes plus an exclusive Cinnamon Bear shade of our iconic Melted Matte Lipstick make it easy to go from day to night looking like serious eye candy.“

The palette features eight square pans of eyeshadow, and also one larger, blusher pan in the following names; 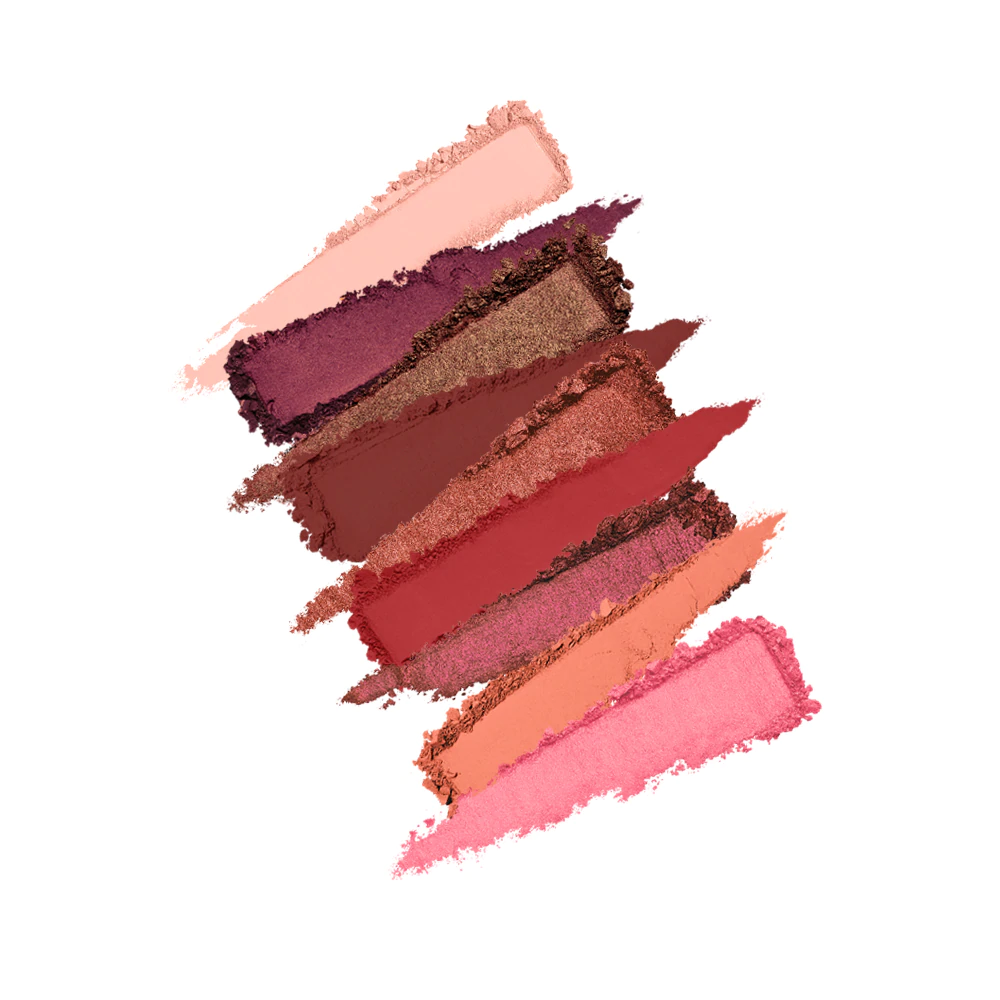 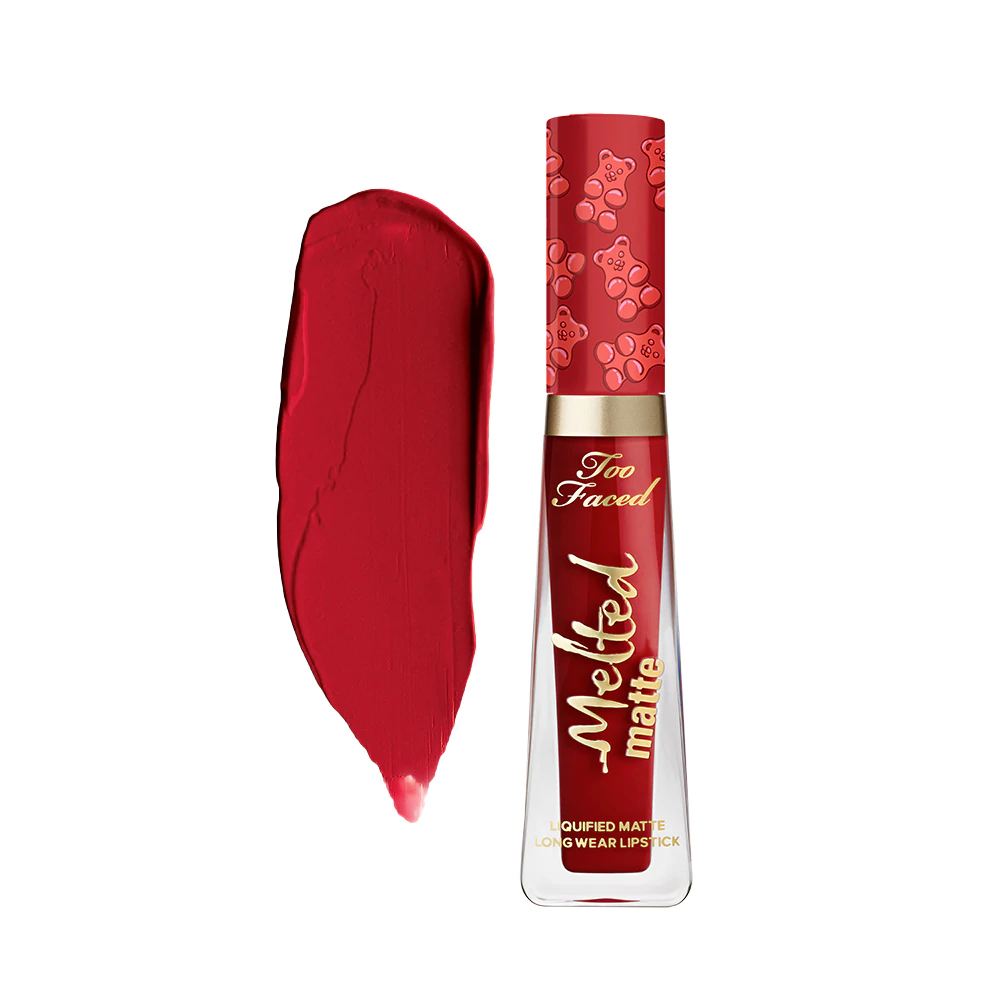 The Too Faced Cinnamon Bear Makeup Set includes the Melted Matte Liquid Lipstick, with cute cinnamon bears all over the lid. It’s the same design as the Lip Injection Extreme in Cinnamon Bear which has launched at Sephora. I love that they’re the same shade, as you could wear the gloss layered over this liquid lipstick for the perfect, festive red lip. 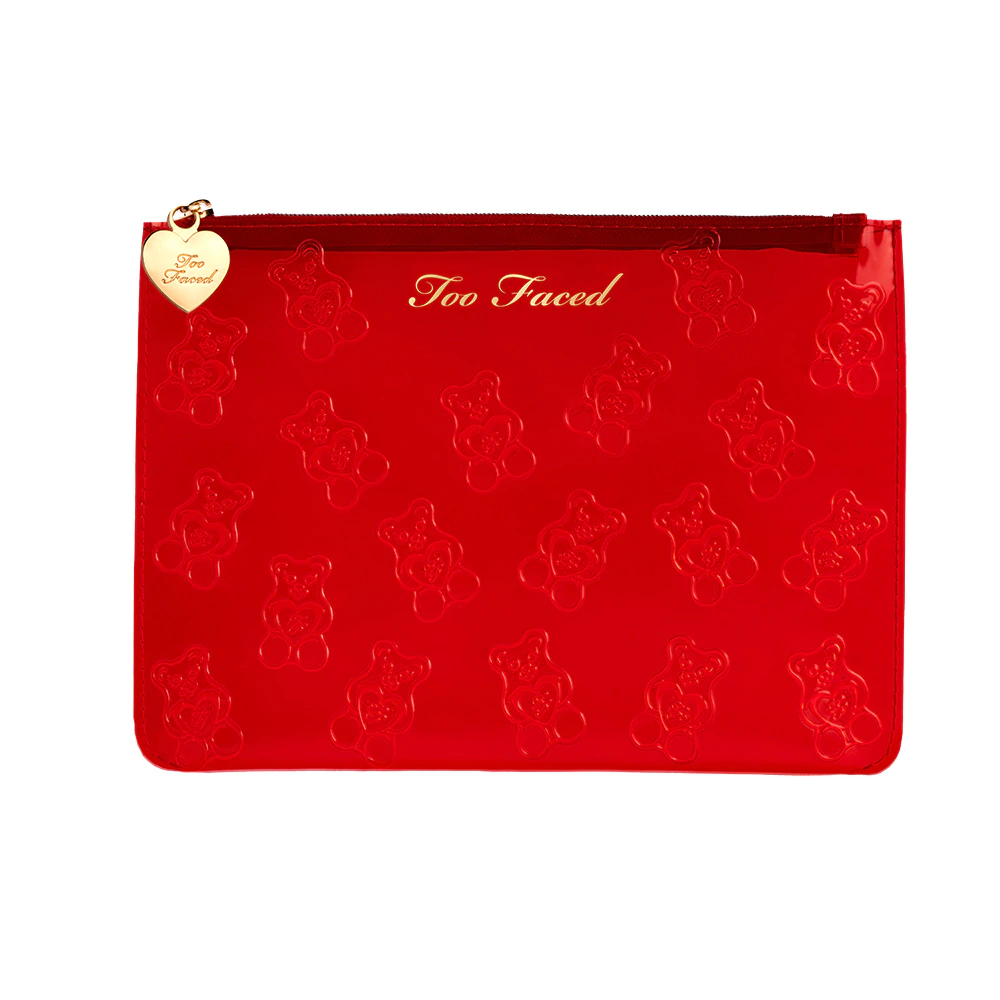 My personal favourite item in the Too Faced Cinnamon Bear Makeup Set has to be the cutest makeup bag, with looks to be a translucent red colour, with embossed bears all over.

The zip is gold, and has an adorable golden heart shaped zip charm which just adds an even cuter finishing touch. I think this bag would be perfect for carrying makeup essentials in your handbag, and it’s fab that it’s an extra within this limited edition Christmas set.

Plus the products are said to have a cinnamon bear scent which sounds incredible. I would love to purchase this set, the palette is gorgeous, the bag is adorable and the lip colour looks perfect for Christmas.

All images belong to Too Faced.