Tarte have been really busy the last few weeks, with quite a few launches like the Tarte Amazonian Clay Gem Powder Foundation and Tarte Shape Tape Cloud Coverage Foundation also launching too. 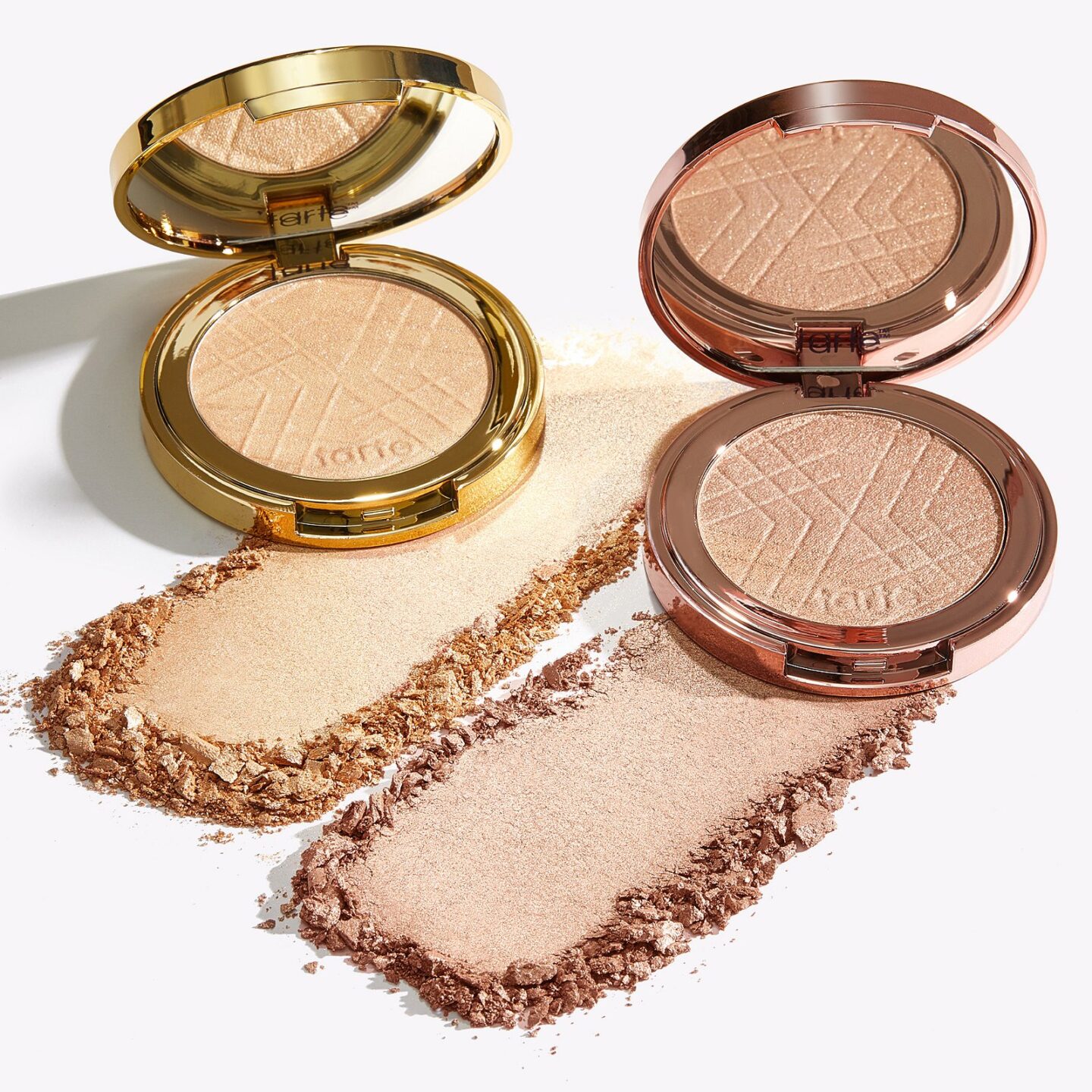 Contents show
Tarte Shimmering Light Powder Highlighters
Key Benefits
All images belong to Tarte.
Thank you so much @snoopycoupon for the beauty news

“tarte’s Shimmering Light is a skin-perfecting, pressed highlighter for a lit-from-within glow!“ 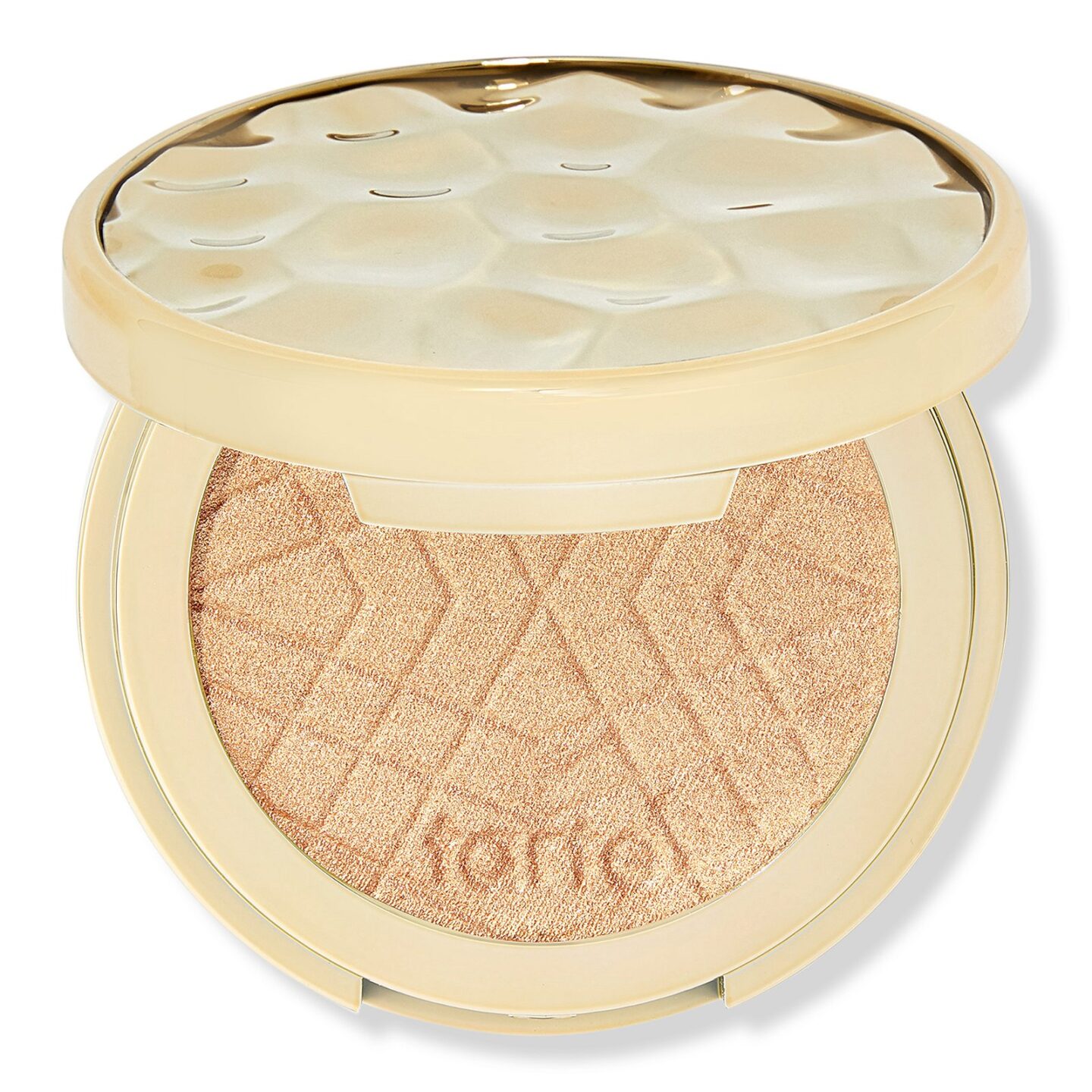 With a name like “Shimmering Light”, it looks like Tarte might be trying to tap into the Becca Shimmering Light Shimmering Skin Perfector Highlighter popularity, especially now Becca is no more. Although you can now buy the Becca powder highlighters under the Smashbox brand from now on. 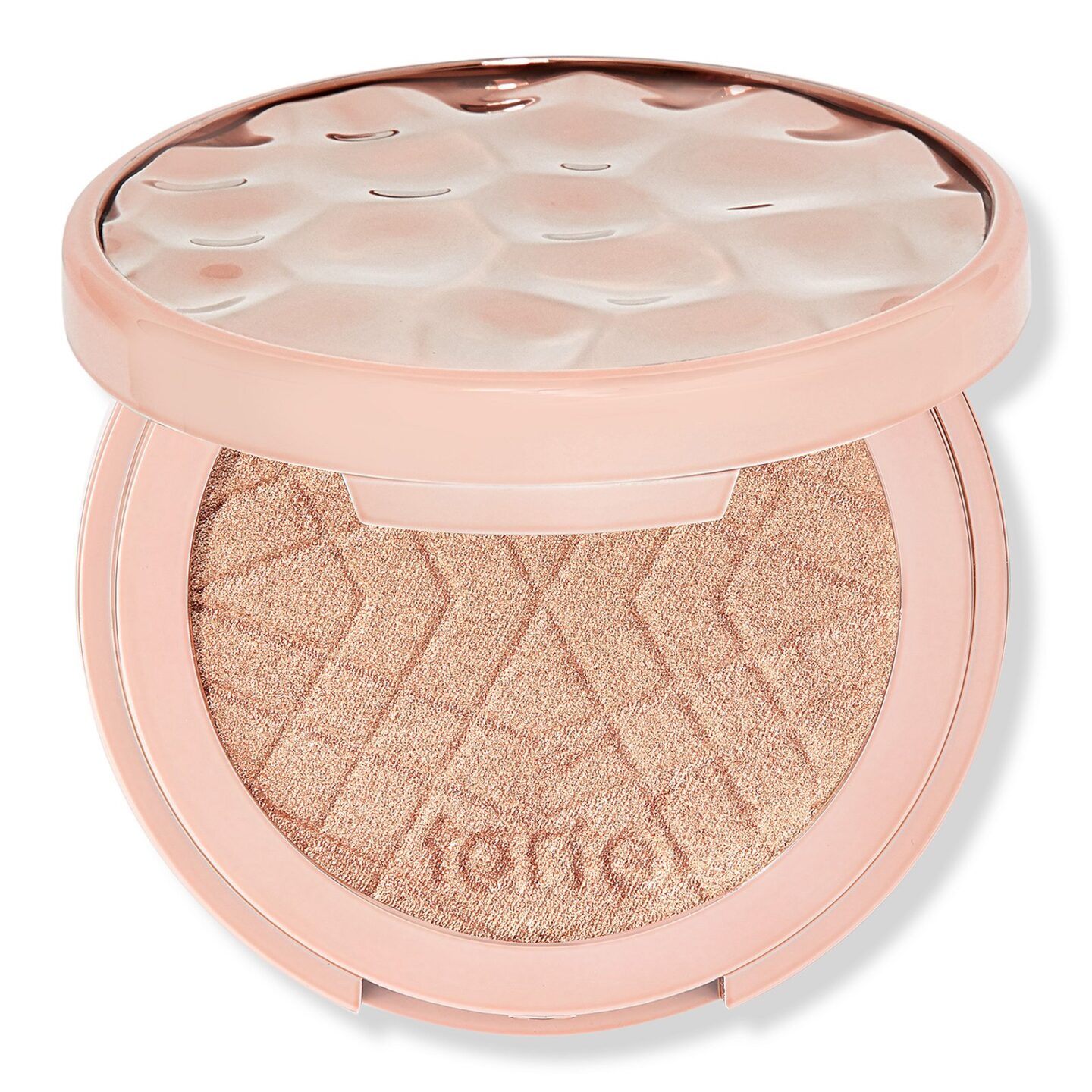 The Tarte Shimmering Light Powder Highlighters are available in two different shades, which Tarte describe as being universal, although they don’t look too universal. There’s Champagne Glow, which is a warm toned medium gold, and there’s Rose Gold Glow, which is a cool toned rose gold hue. 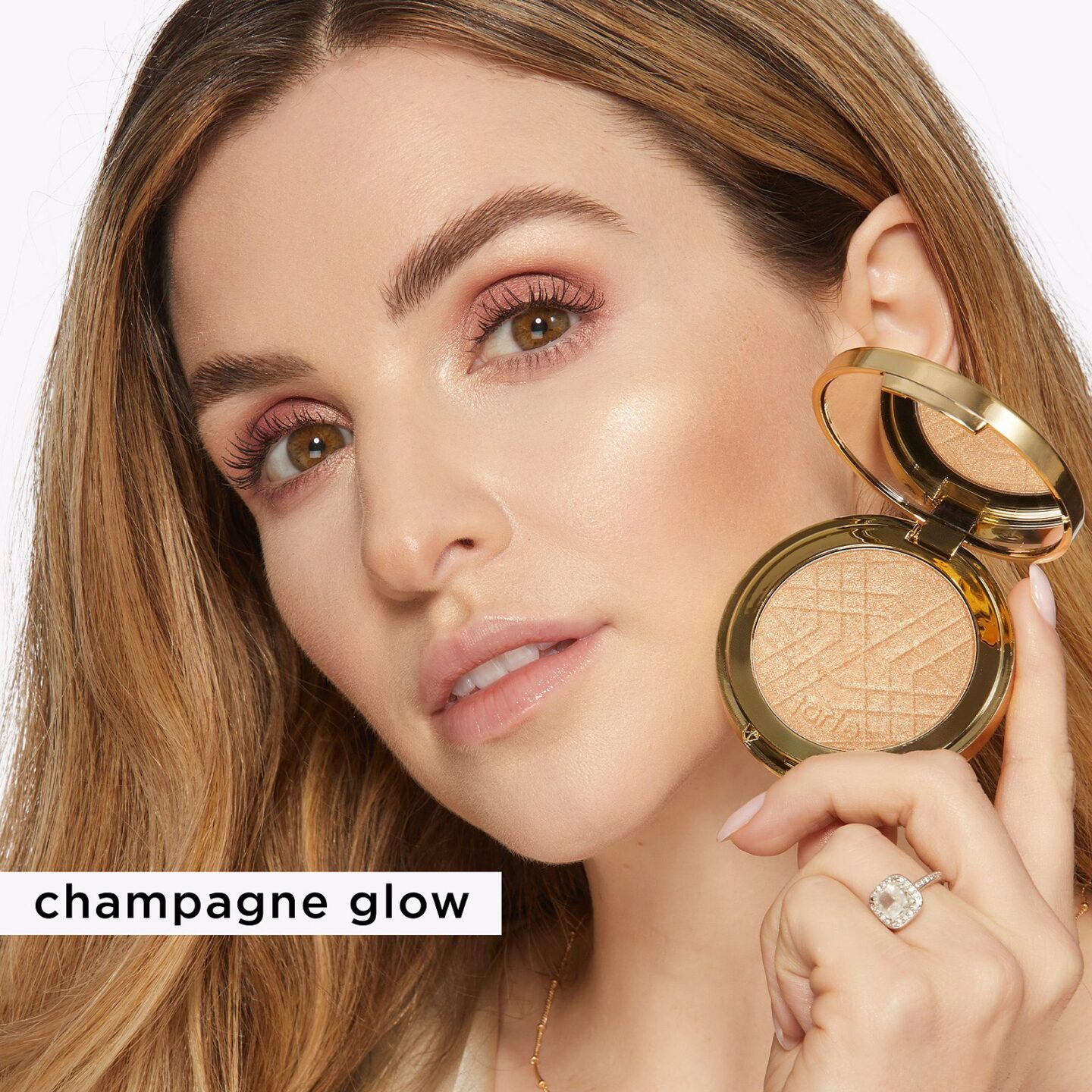 Both shades are housed within beautiful chrome compacts, with a dimpled effect on the lids. The compacts do look very pretty, and the pans feature a geometric design too. It’s nice to see Tarte launch a face powder without Amazonian Clay within the name, as their launches can be very repetitive. 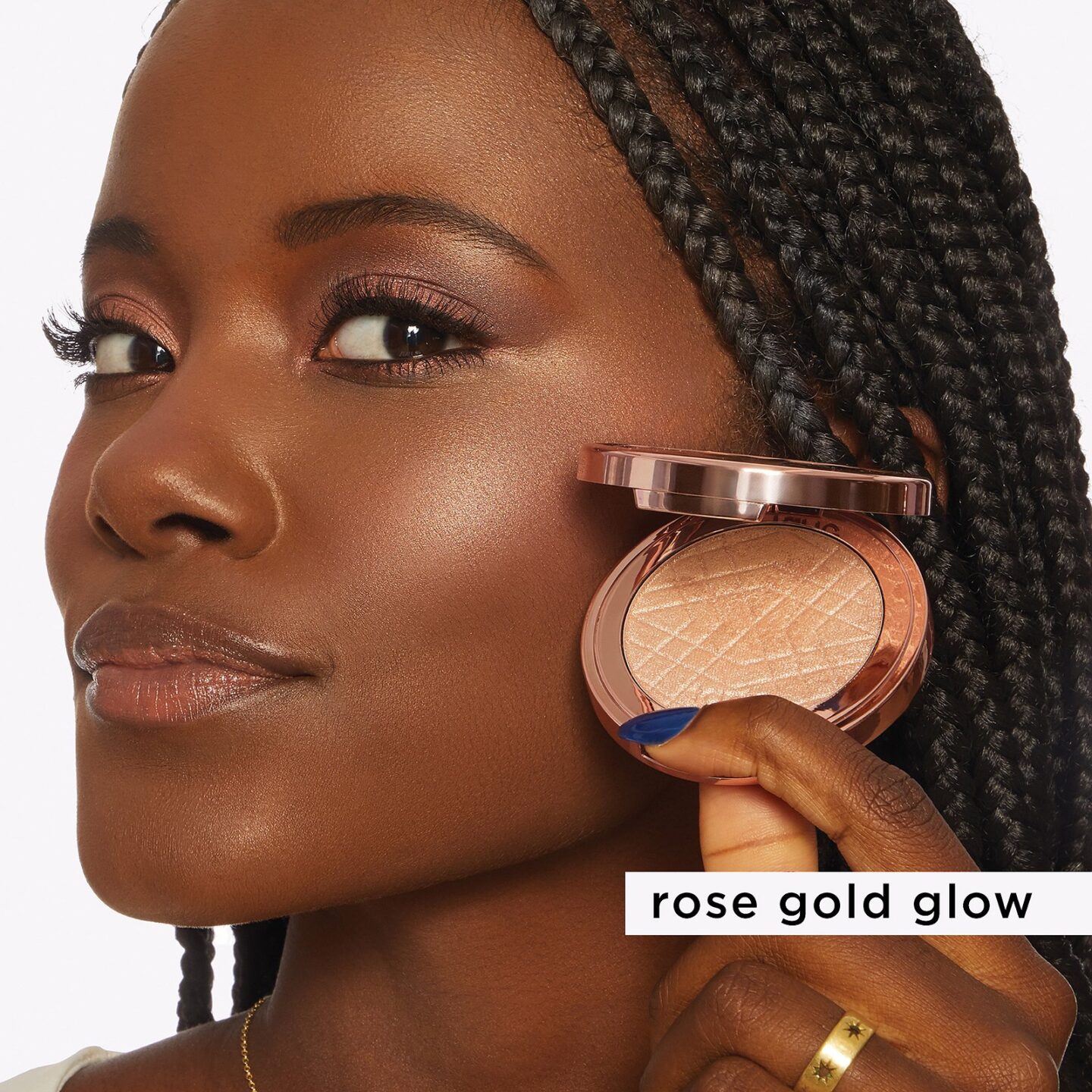 Thank you so much @snoopycoupon for the beauty news