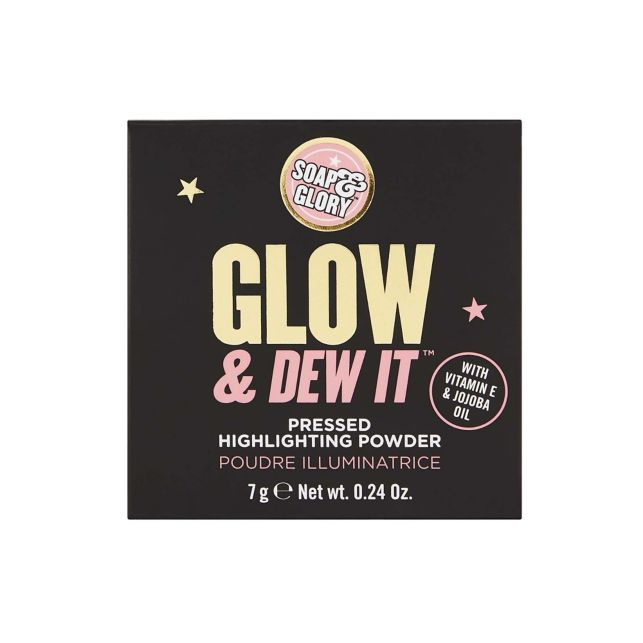 I’ve never really understood why Soap & Glory release makeup products so infrequently. They’re such a popular brand, and only ever launch 2-3 makeup products each year max, sometimes fewer than that. 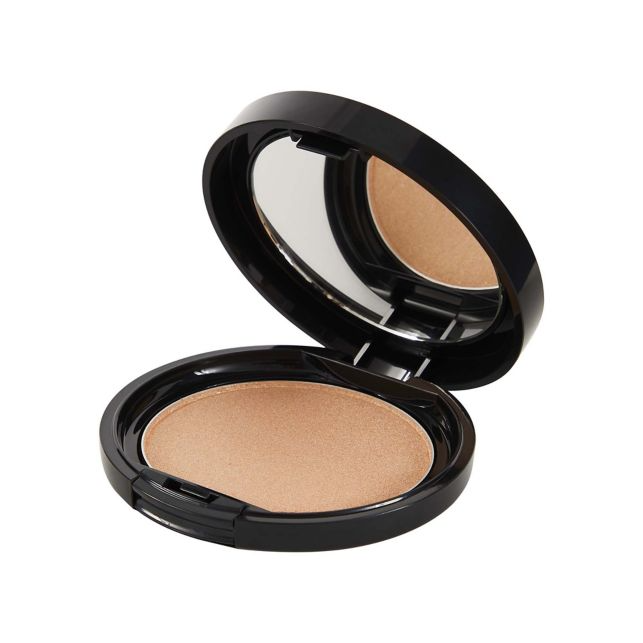 I think it’d be good to see more from the brand, and it’s crazy that the Soap & Glory Glow and Dew It Pressed Highlighting Powder is only their second powder highlighter in maybe ten years?

They have their Glow All Out Highlighter which I love, but it’s more of a subtle glow, and seeing as highlighters are now so popular, you’d think Soap & Glory would launch a more intense version sooner? 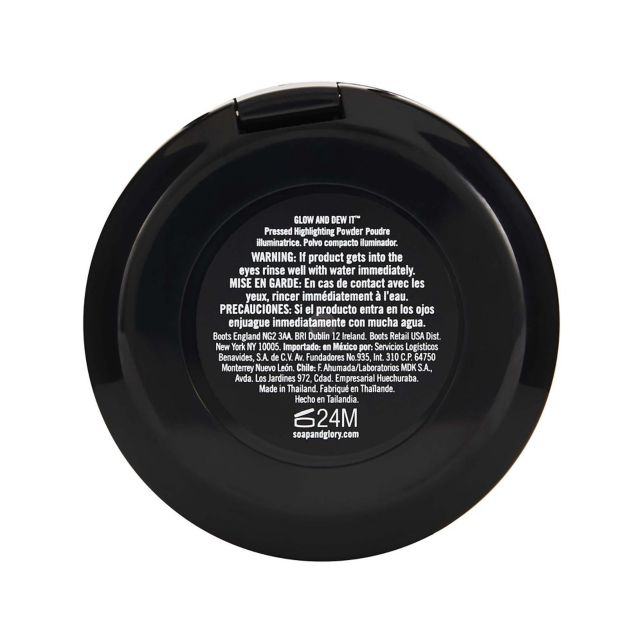 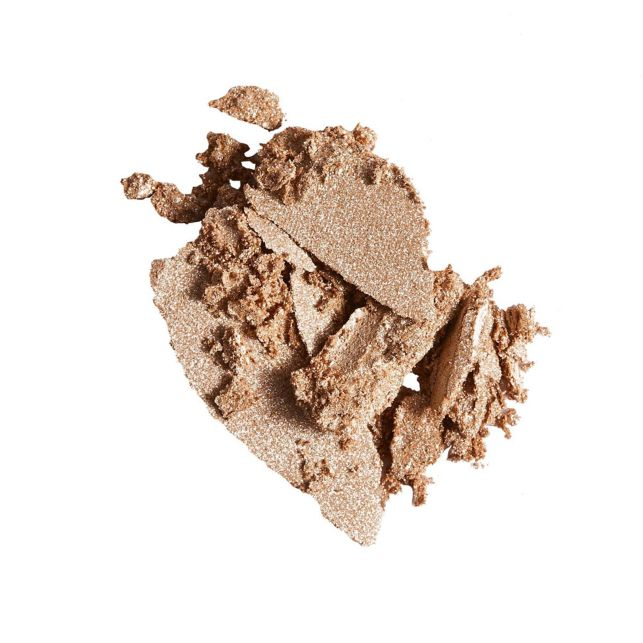 The Soap & Glory Glow and Dew It Pressed Highlighting Powder is £11 and contains 7g of product within a black, plastic compact with a mirror in the lid.

It’s only available in one single shade which is disappointing, especially as it appears to be a deep bronze which would only suit medium to deep skintones. Maybe we’ll see Soap & Glory introduce more shades so it’s a little more inclusive, but for now, this one shade is available right now.

All images belong to Soap & Glory.