Disney are launching the new Cruella film this year, and the Sally Hansen x Disney Cruella Miracle Gel Collection has been created to generate some hype and excitement ahead of the film’s launch later this year. If you’d like to find out all about this exciting new nail polish collection, keep on reading… 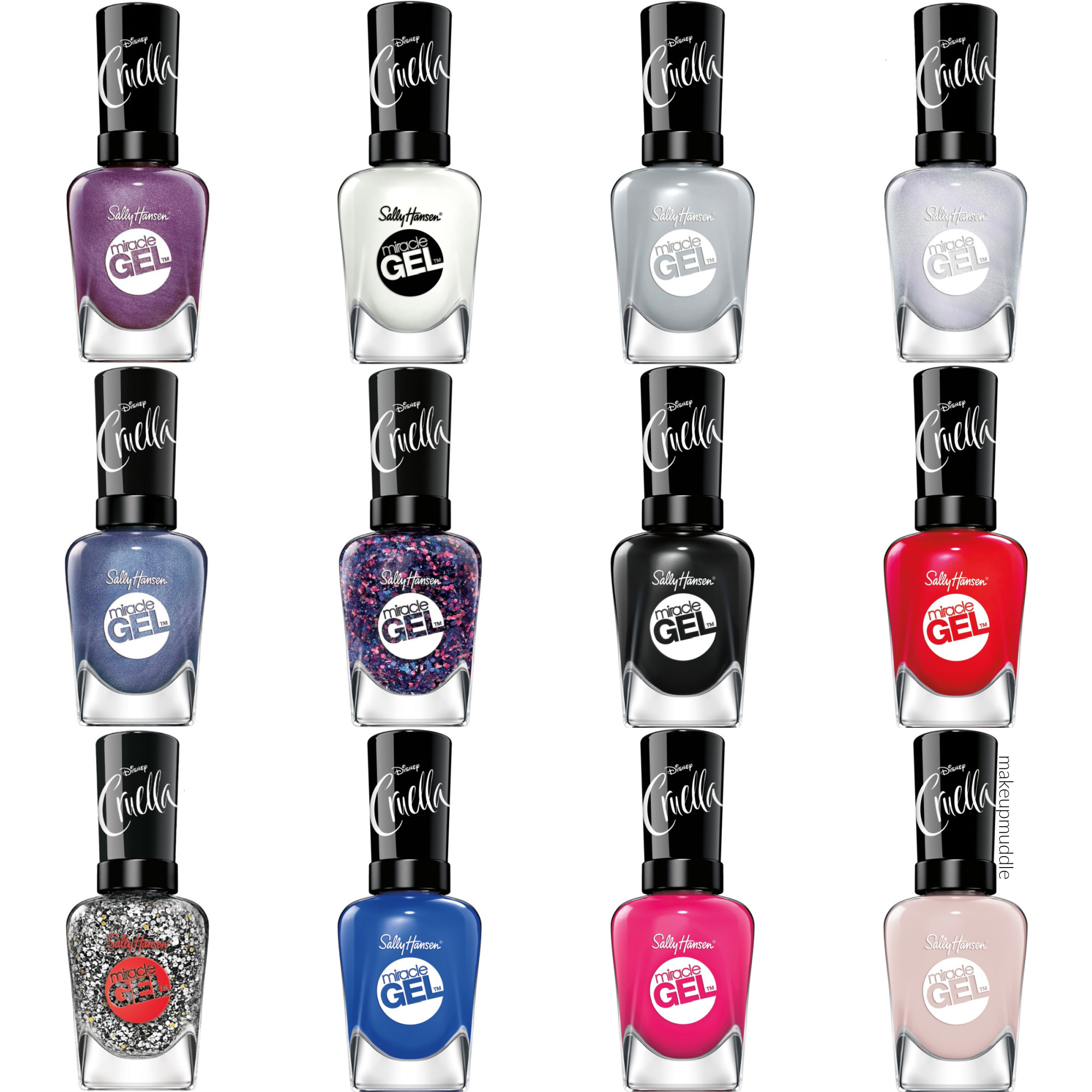 “Inspired by the one who puts the pretty in punk, Sally Hansen is excited to put a spotlight on the diabolically fashionable villain, Cruella de Vil, in anticipation for Disney’s upcoming film Cruella! 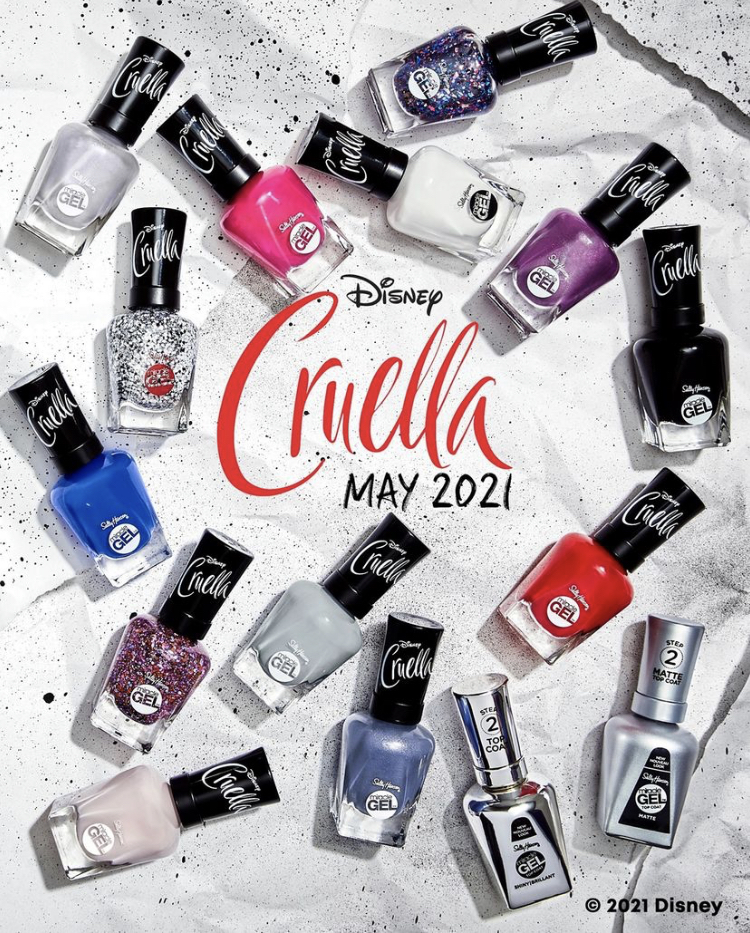 This Cruella collection features 12 Miracle Gel shades that will give you all the chills as punk meets couture.

Inspired by the anarchic fashions of the 1970s, the 12 shades embody the true characteristics of the glamour obsessed heiress, featuring black rings and caps printed with the Disney Cruella logo.“ 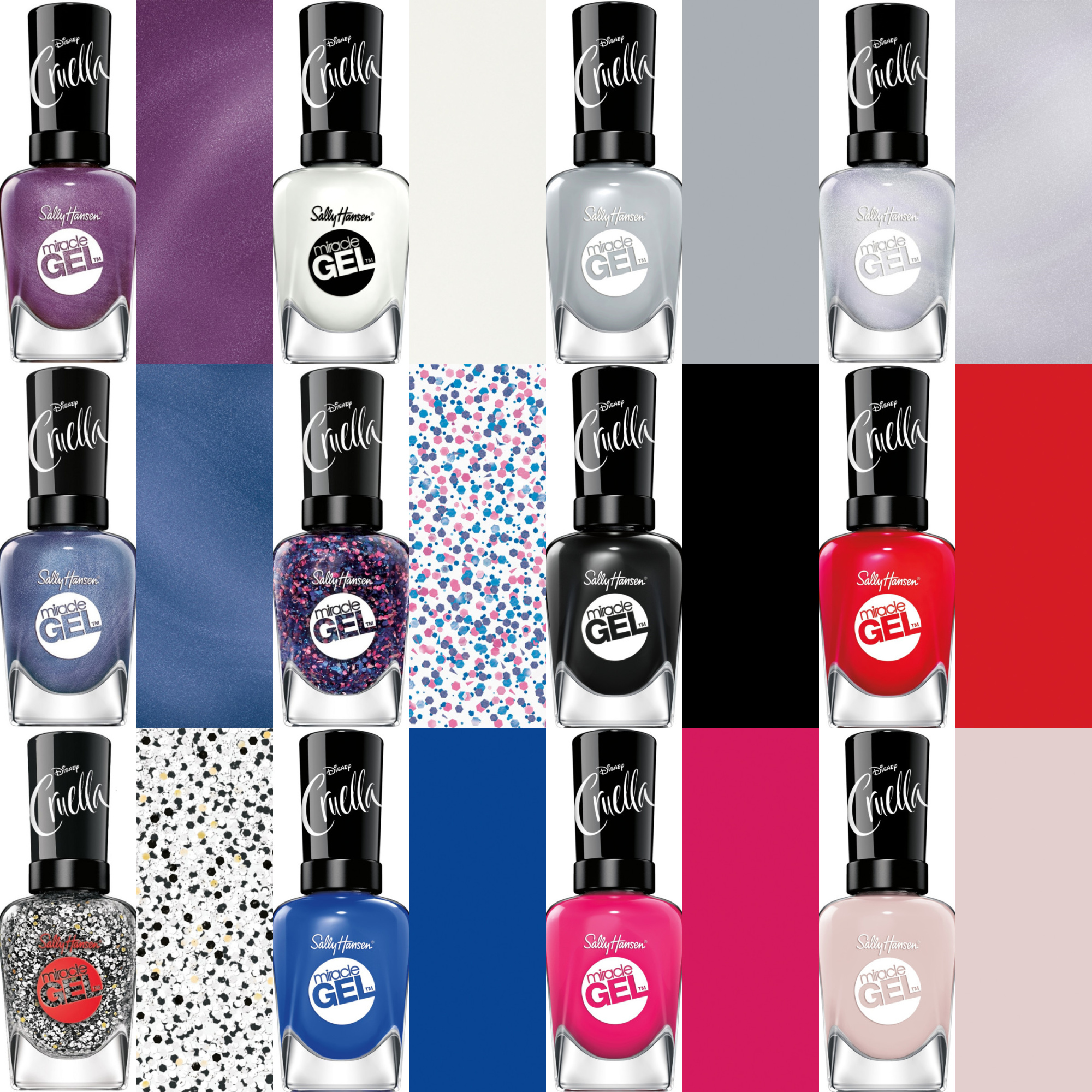 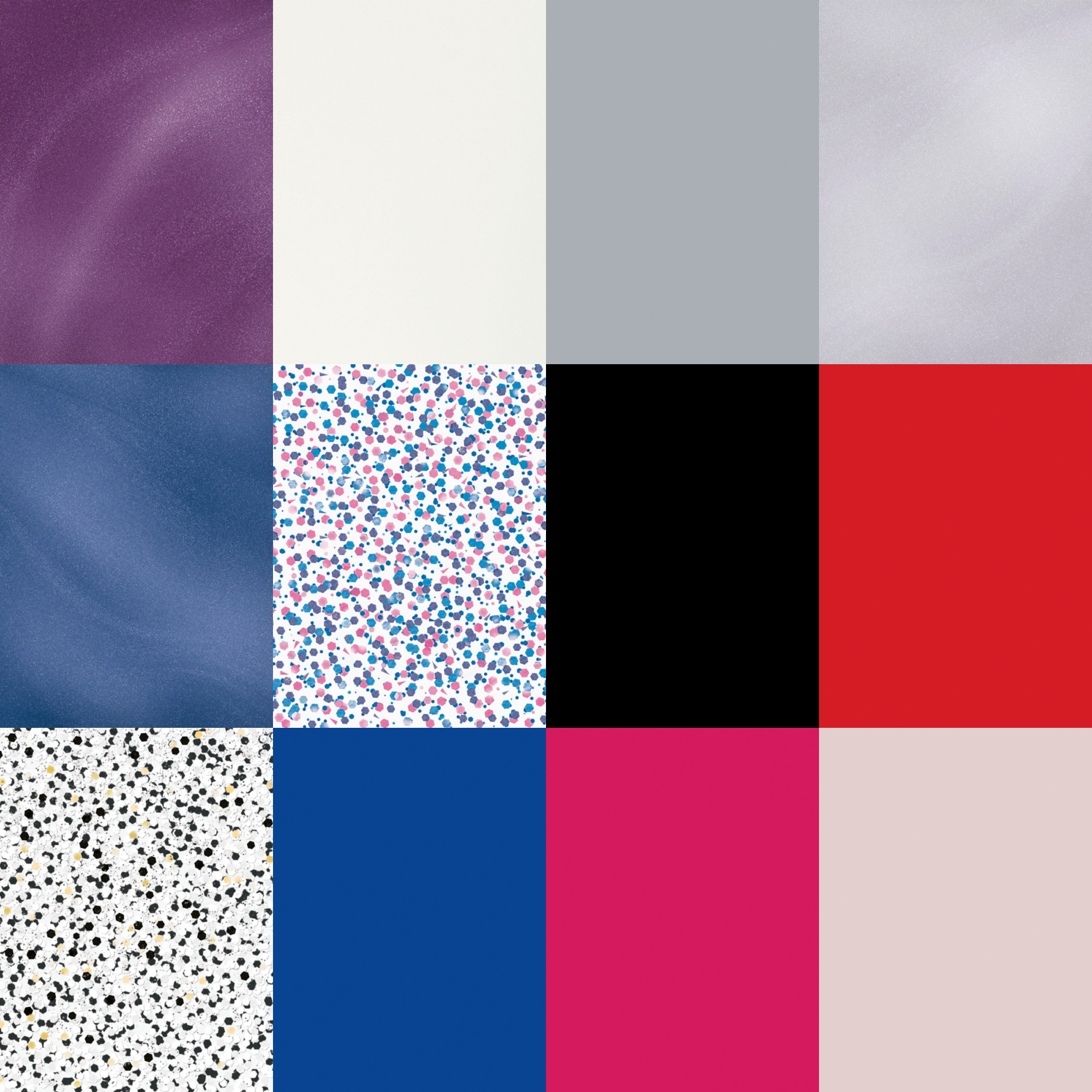 All twelve shades are said to be inspired by the new movie, and each of the bottles have a printed monochrome Cruella logo on the handles. 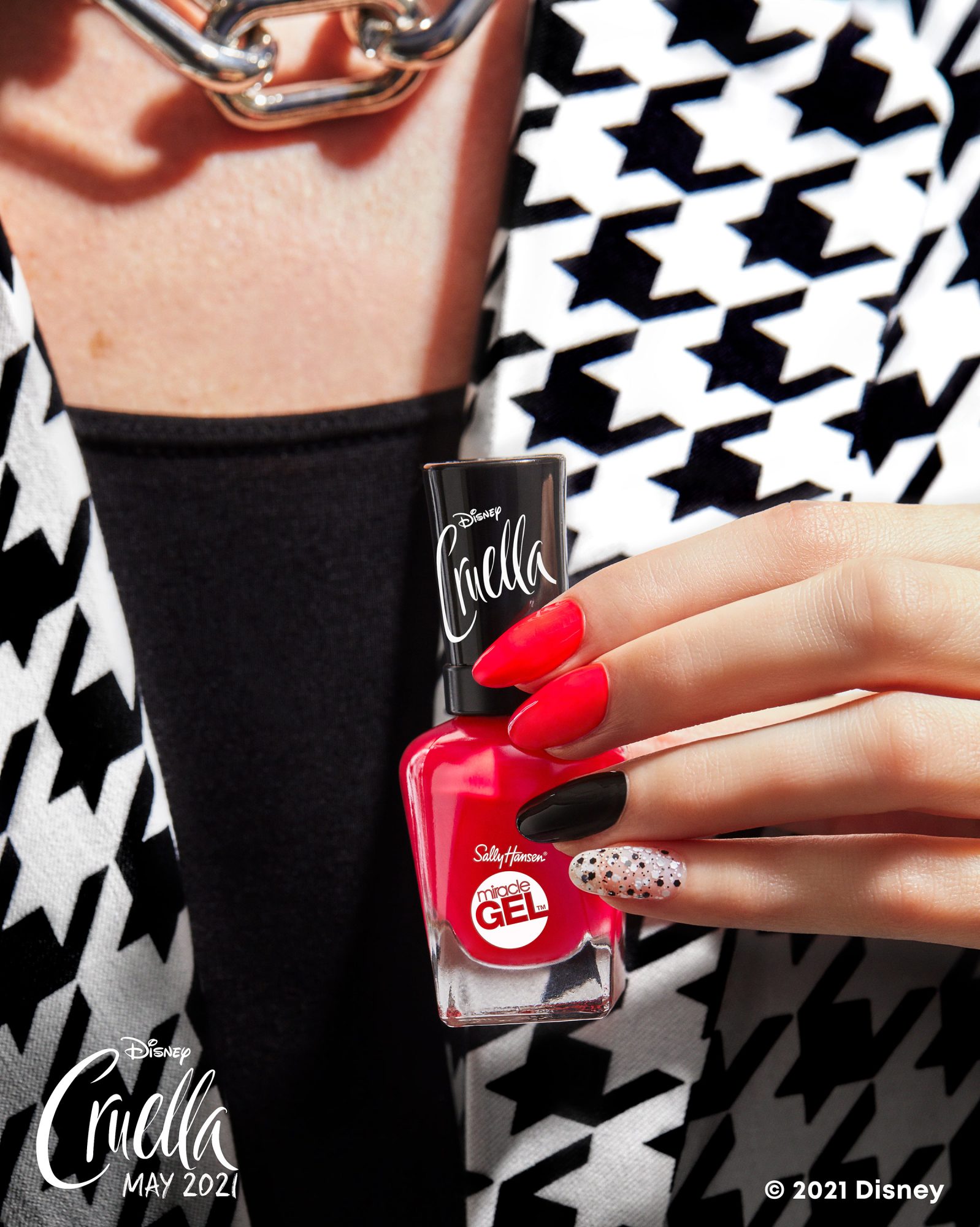 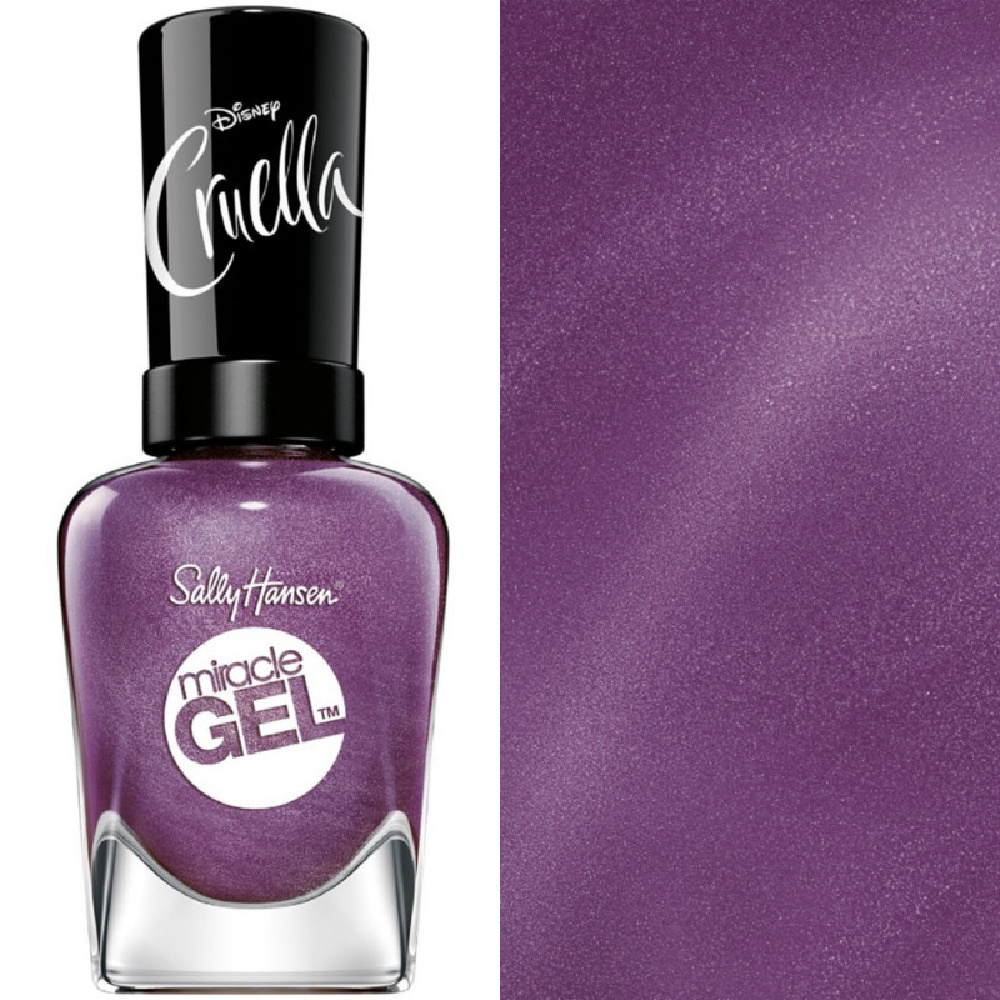 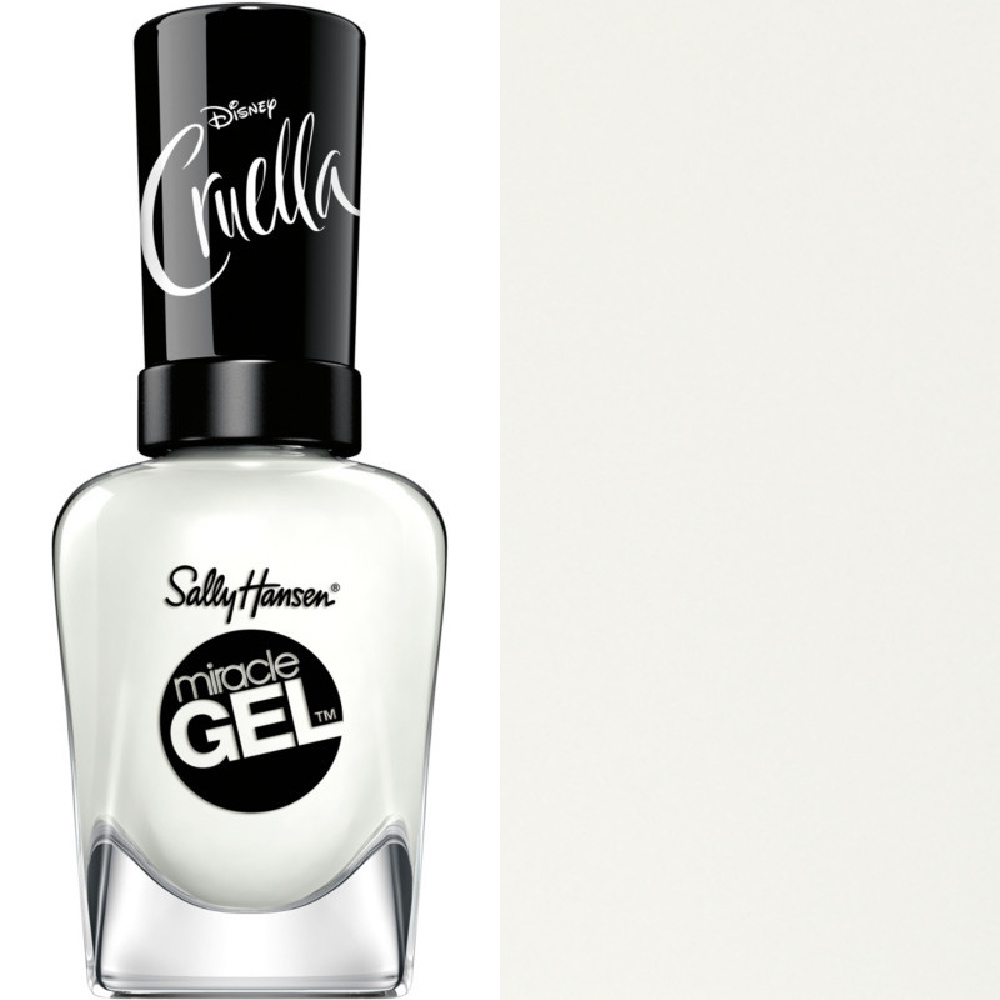 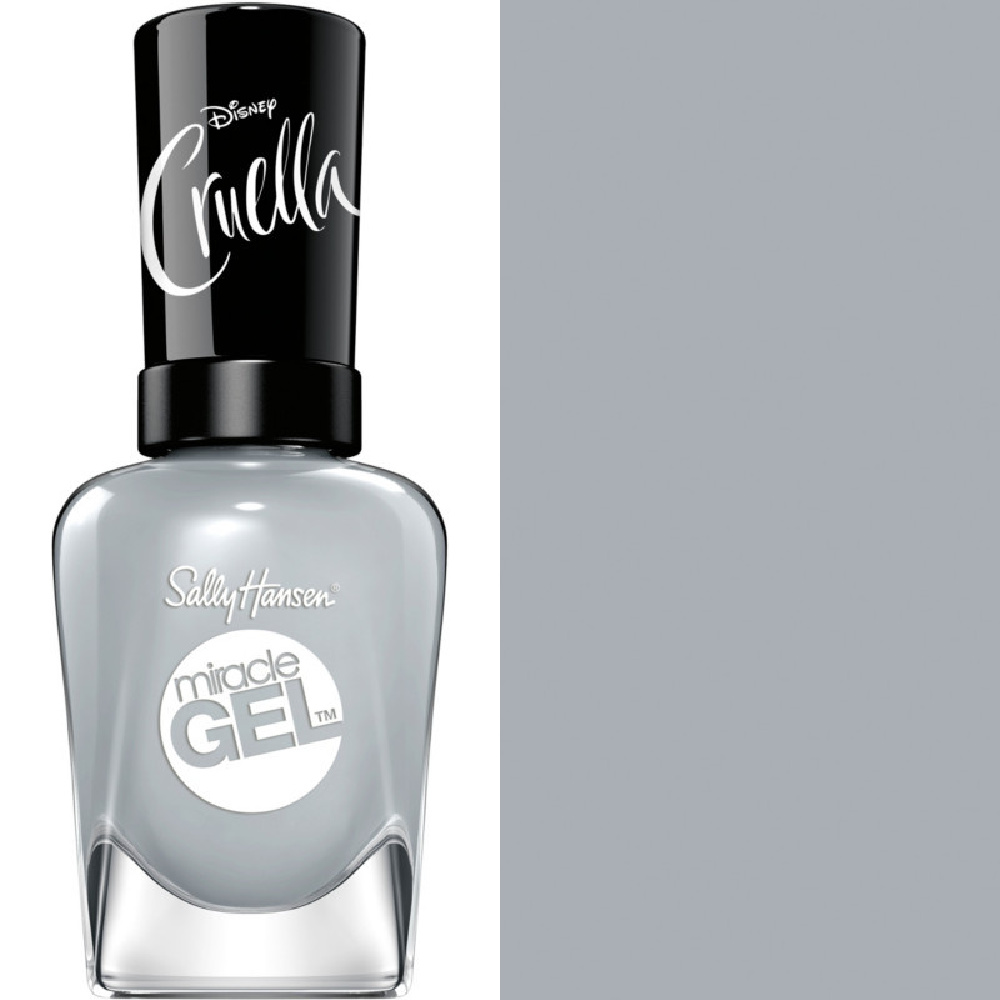 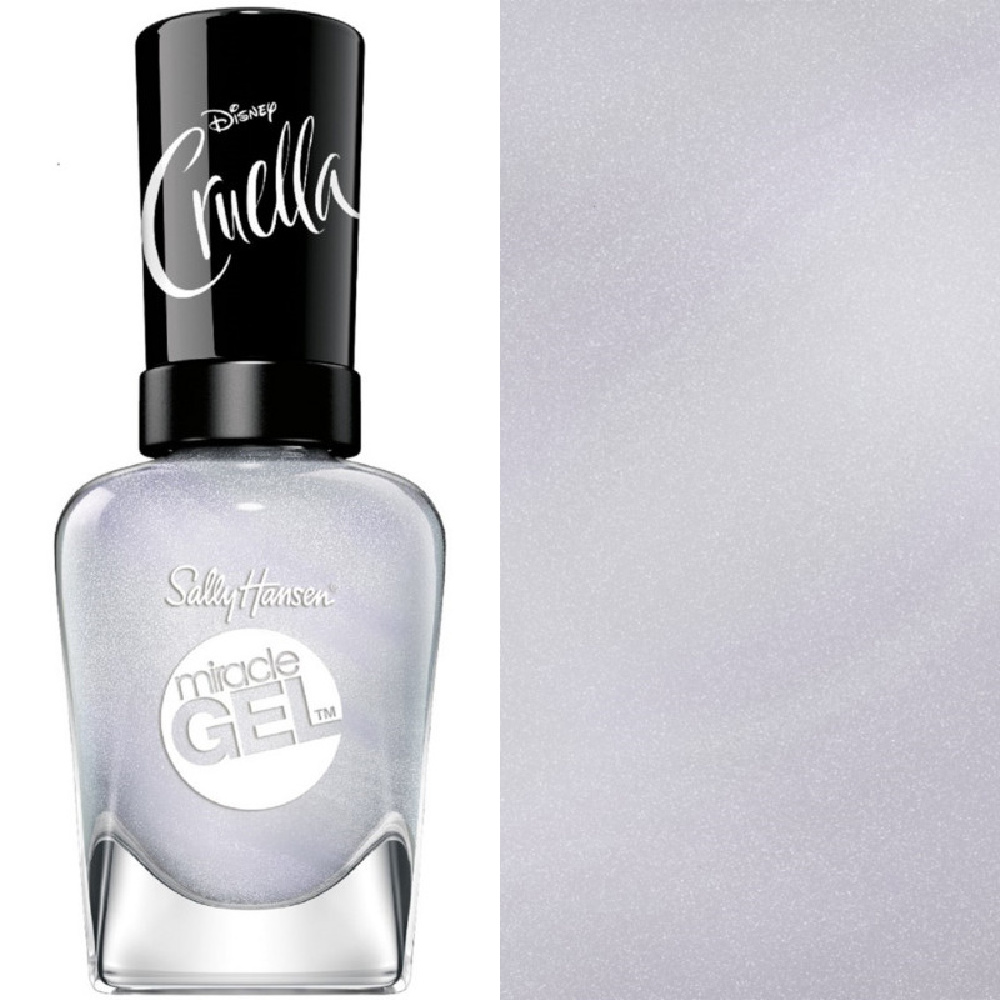 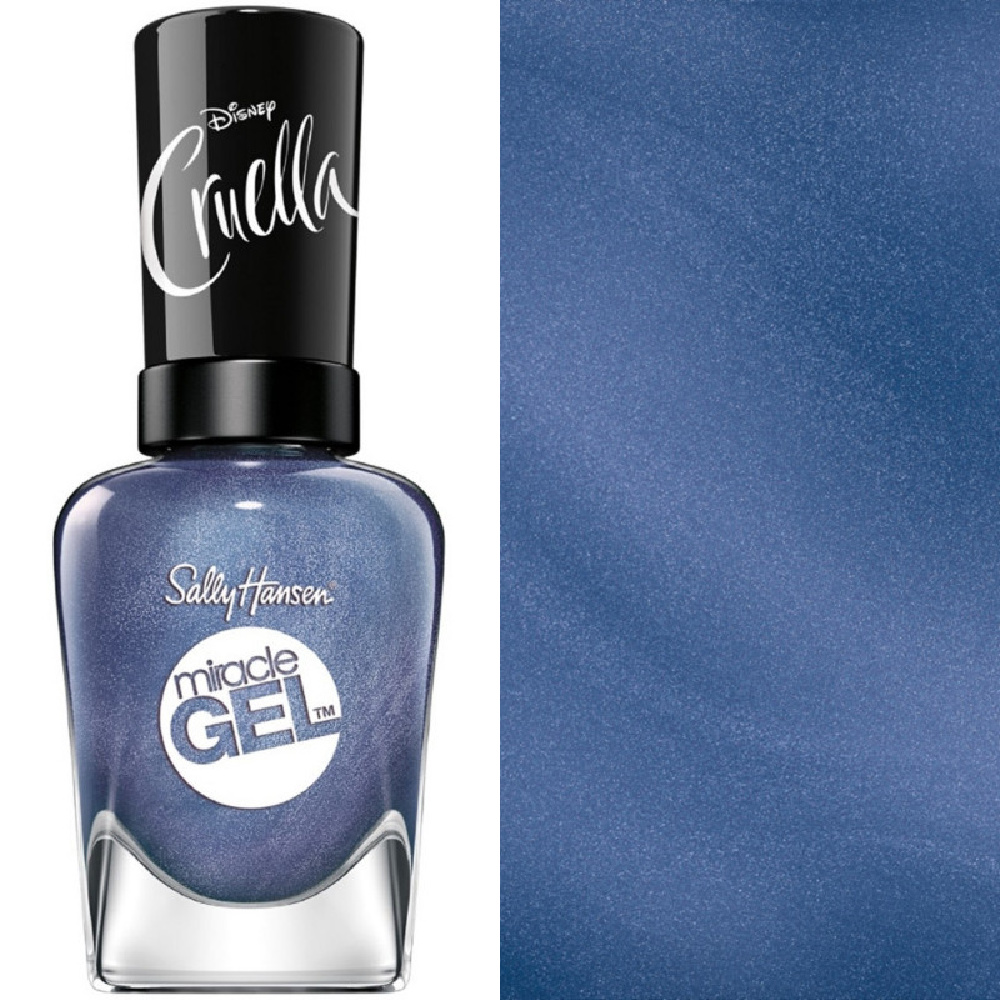 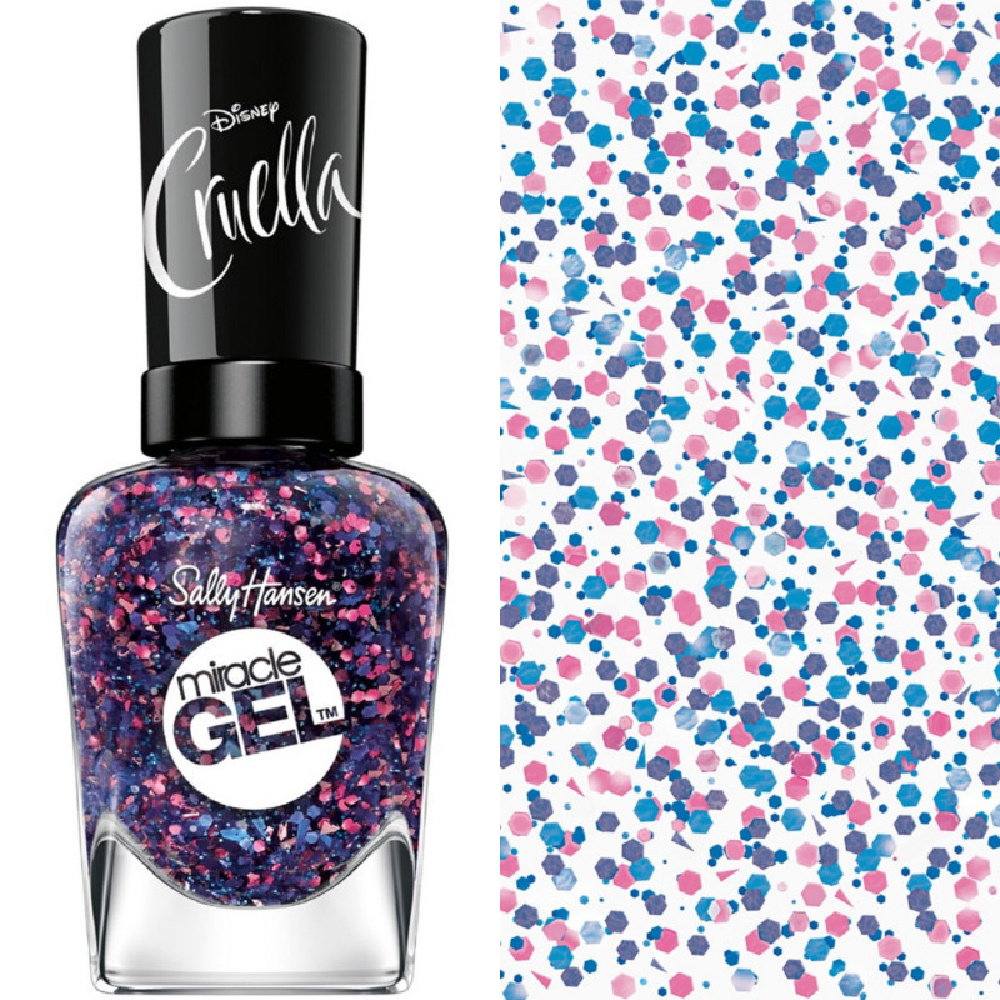 No To Conformity – glittery blue, pink and purple 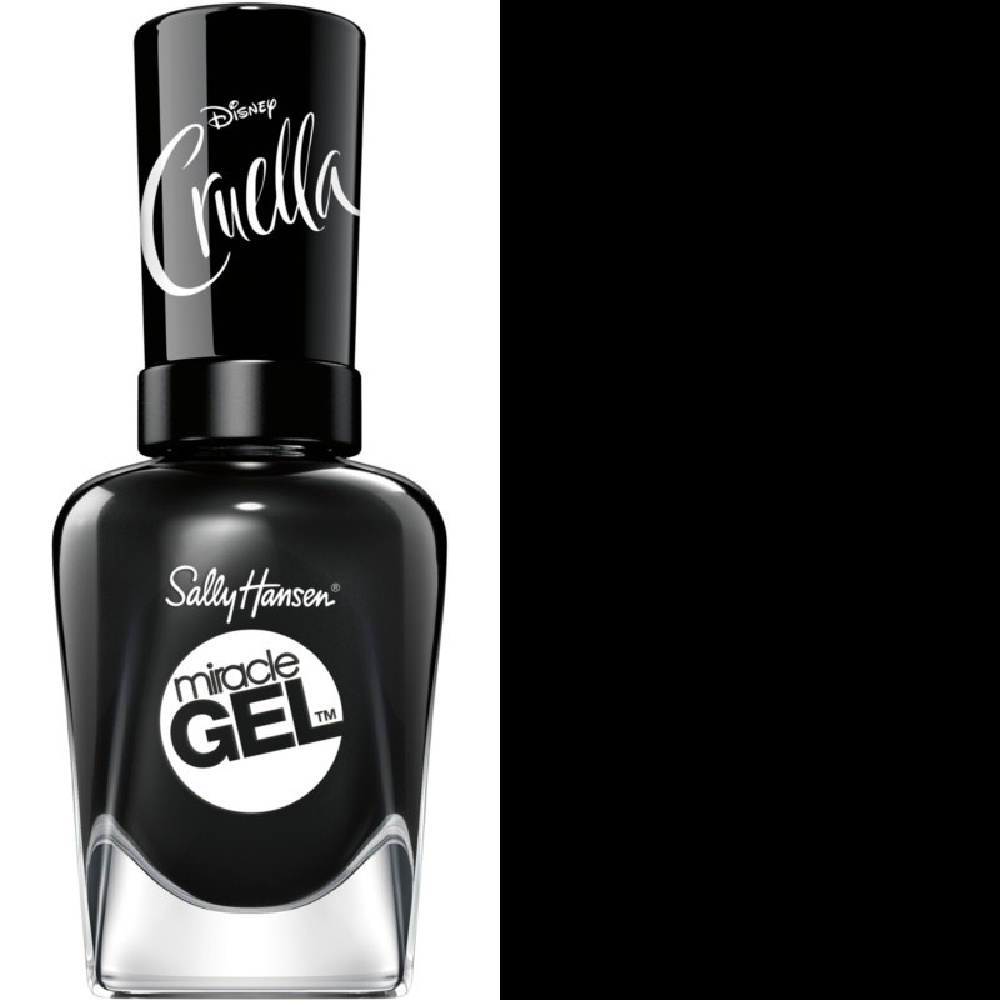 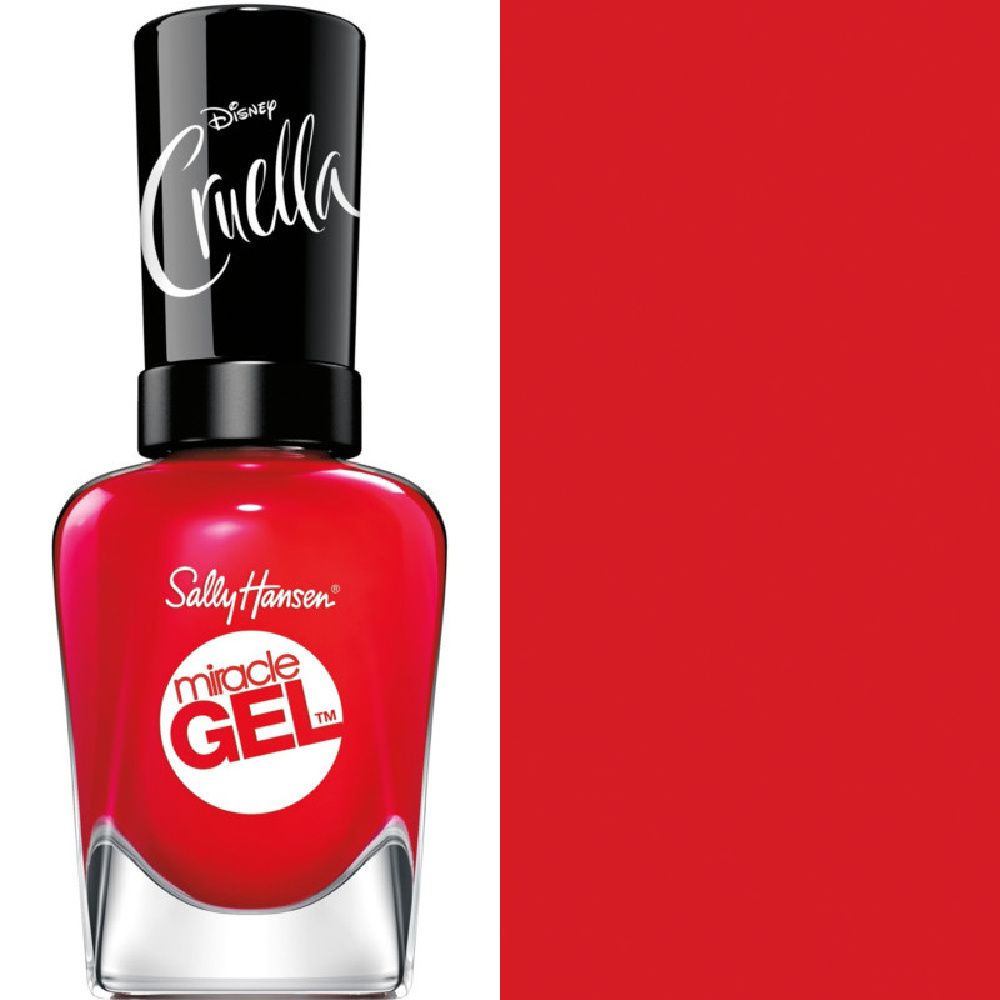 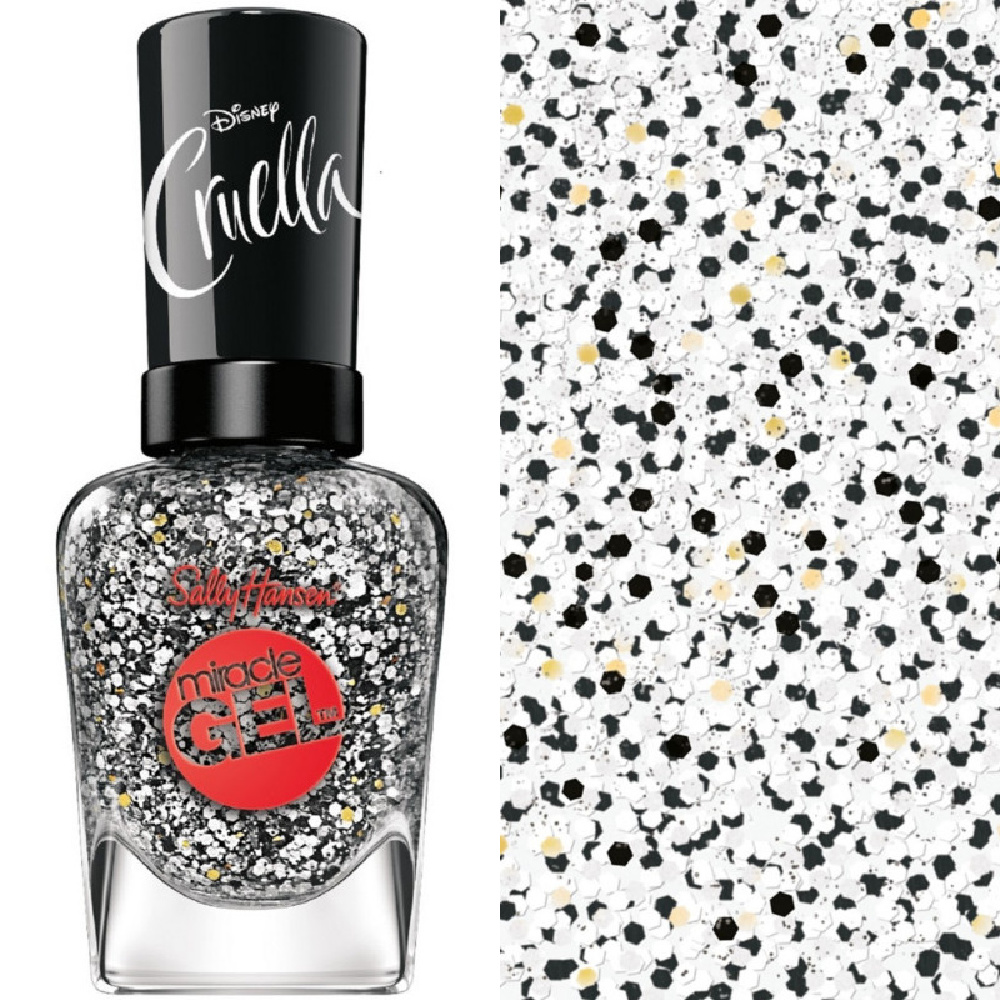 The Devil Is In The Details – black, grey and white glitter 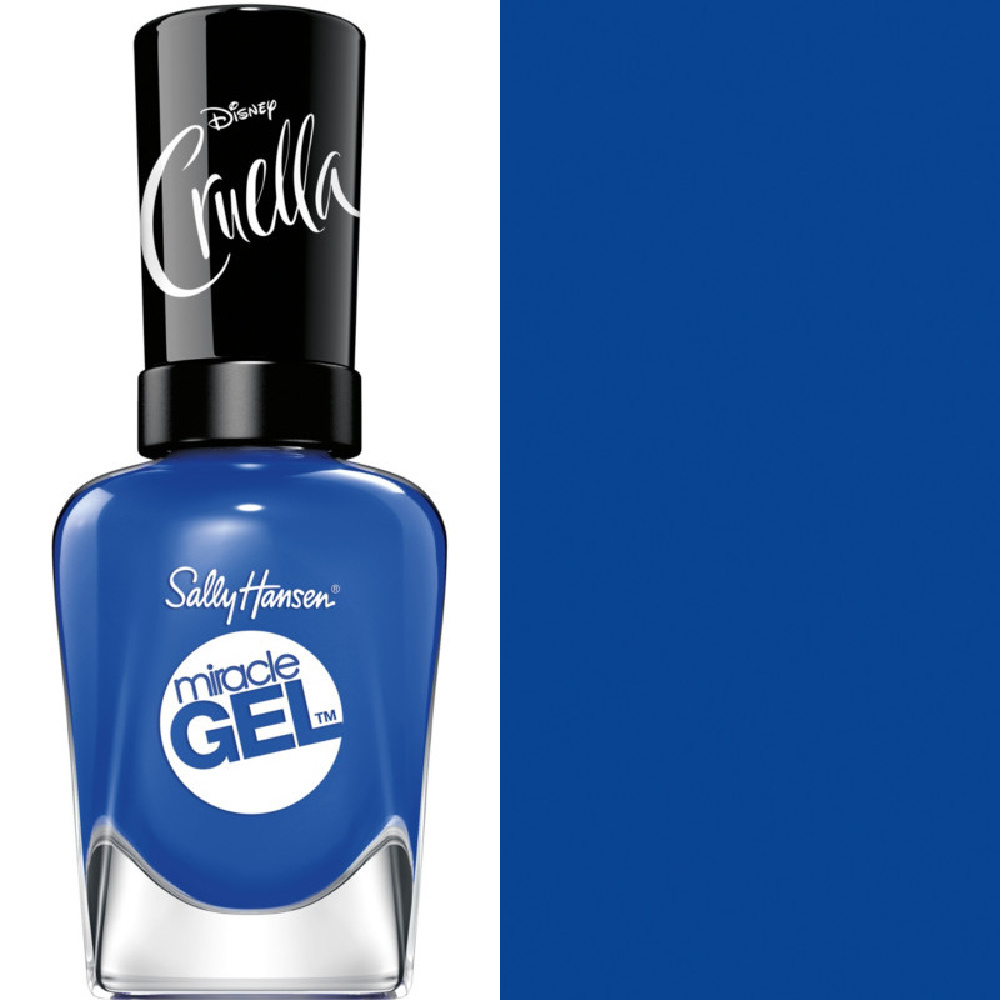 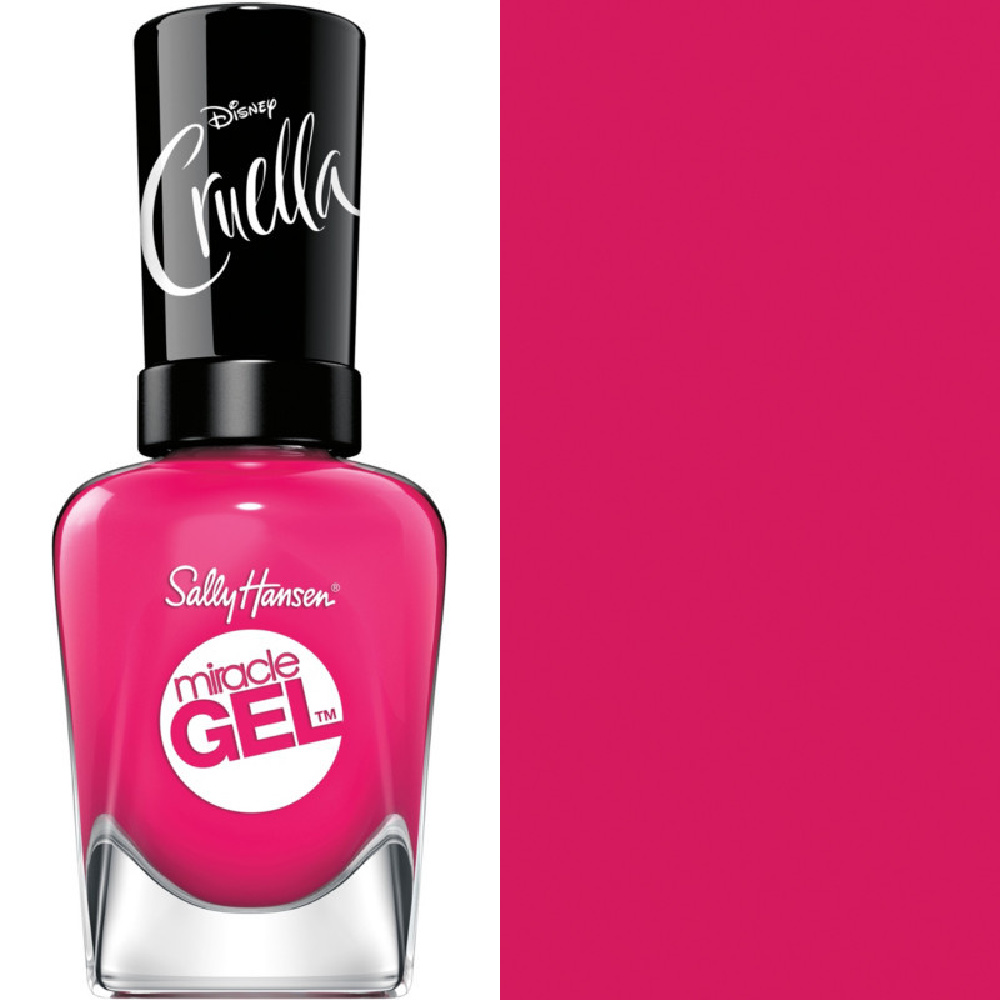 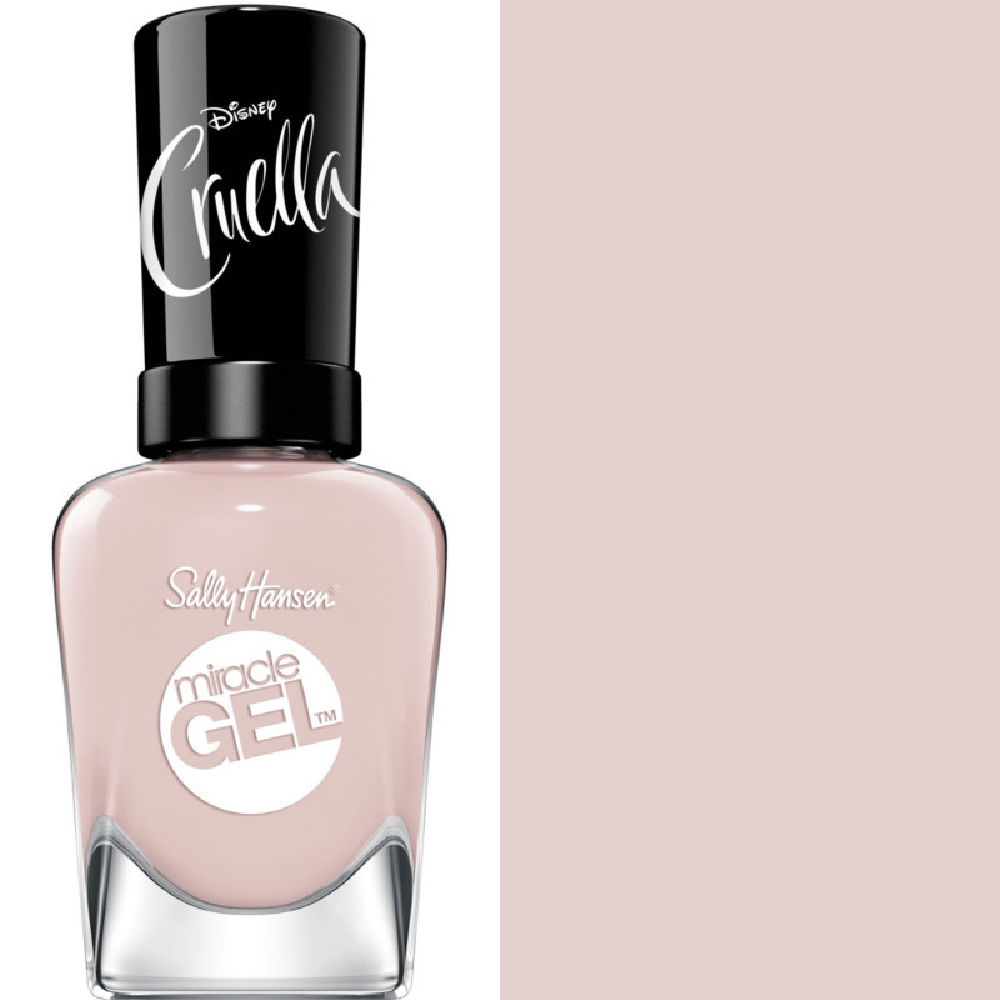 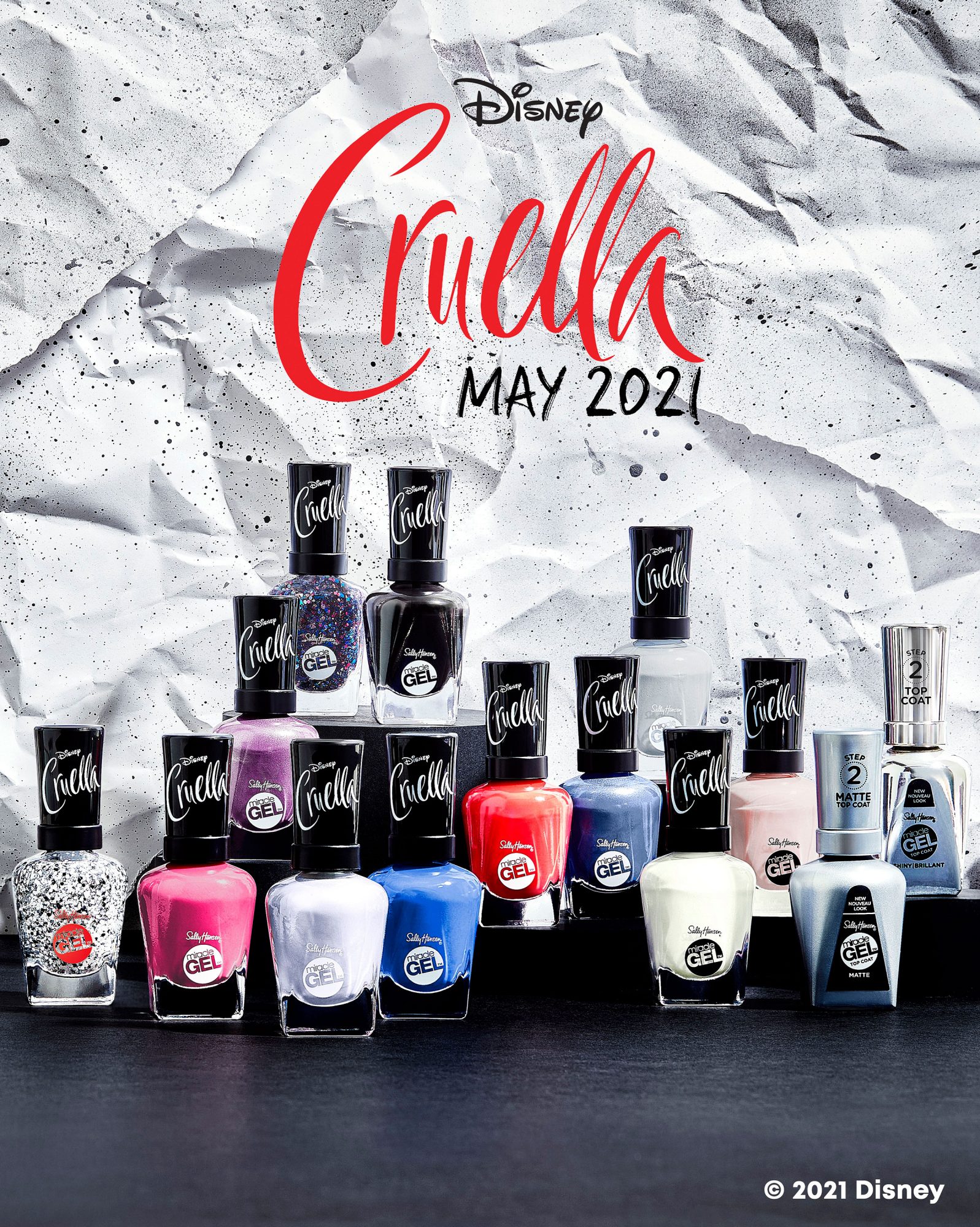 The Sally Hansen x Disney Cruella Miracle Gel Collection is such a fun collection, and I don’t think you have to necessarily be a Disney / Cruella De Vil fan to appreciate the shade names, and shades themselves.

My personal favourites from the twelve piece collection include The Devil Is In The Details, as it’s an amazing Dalmatian spot inspired glitter, and also Tidal Wave as it looks like the most perfect royal blue. 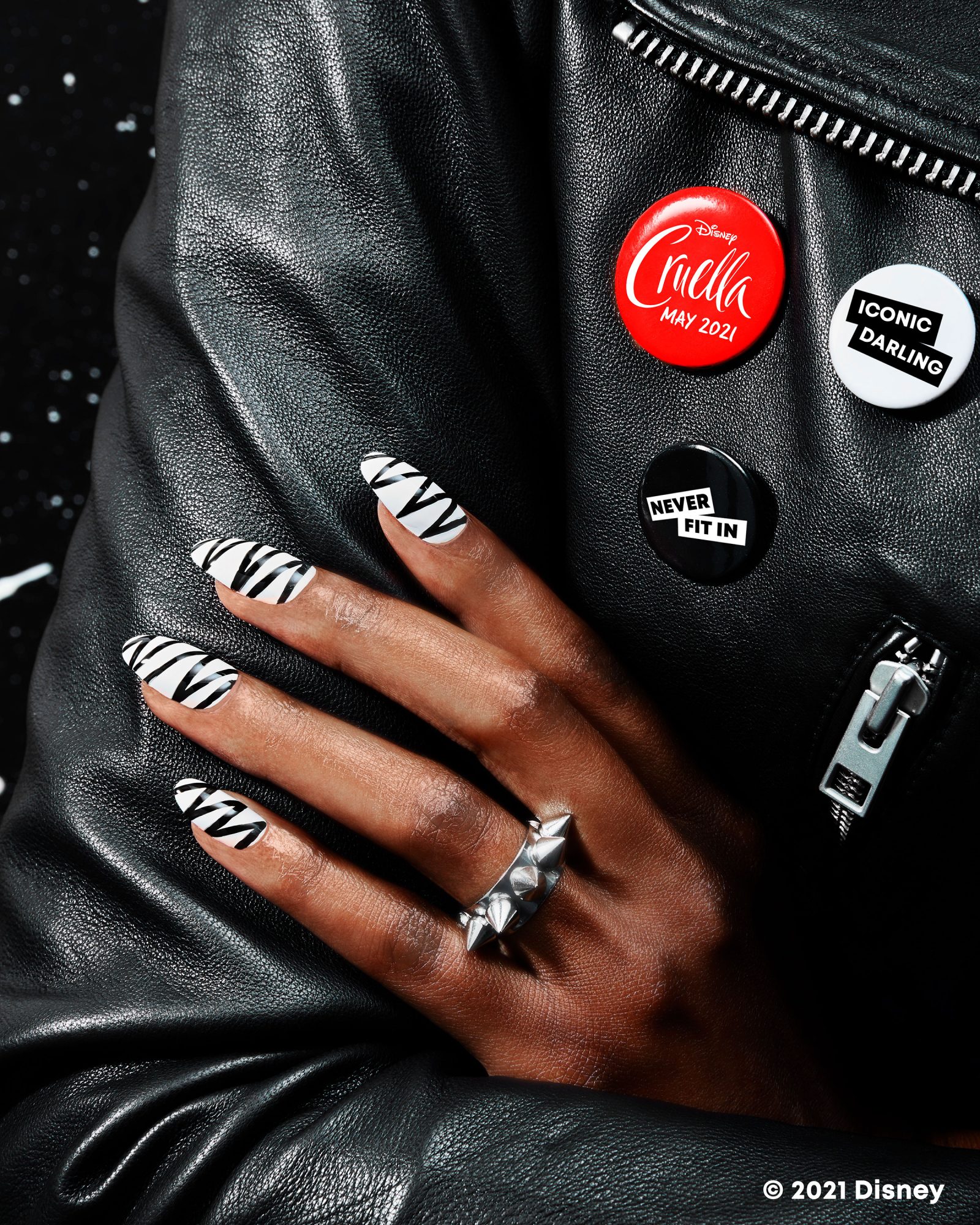 With the Cruella movie launching later this year, we are going to see lots of Cruella De Vil inspired beauty launches, and the Sally Hansen x Disney Cruella Miracle Gel Collection is a great start! You can find the whole collection right here.

All images belong to Sally Hansen.