There’s a super exciting launch from Patrick Ta, and it’s the Patrick Ta Major Dimension Eyeshadow Palette which is the brand’s first ever eyeshadow palette.

Until now, their products have been all about the complexion, skin and the brows, so it’s exciting to see them launch eye products, and as well as the Patrick Ta Major Dimension Eyeshadow Palette, they’re also launching some eyeliners too. 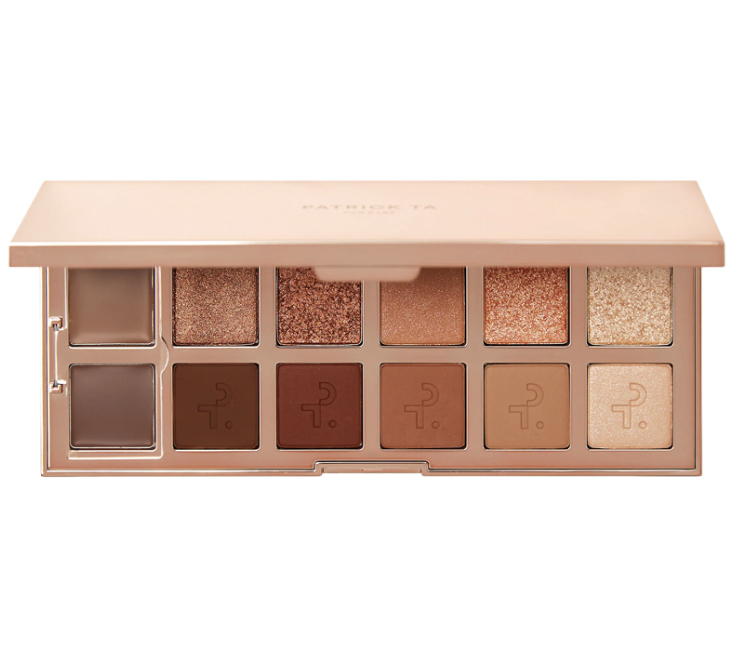 “One of PATRICK TA’s signature techniques for creating his naturally contoured, glowing looks is to artfully layer creams and powders. The beautifully blendable shadows and creams in this collection allow you to create the most striking multidimensional looks with just one palette. 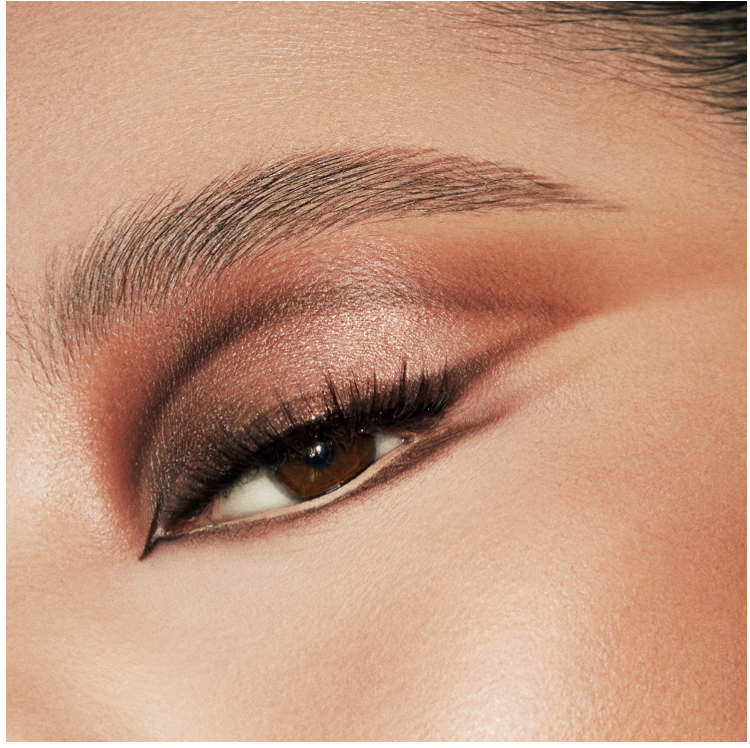 Wear each shade alone or layer, blend, and contour to create the most multidimensional looks that go from day to night. The cream bases allow you to really sculpt and intensify your eye looks.” 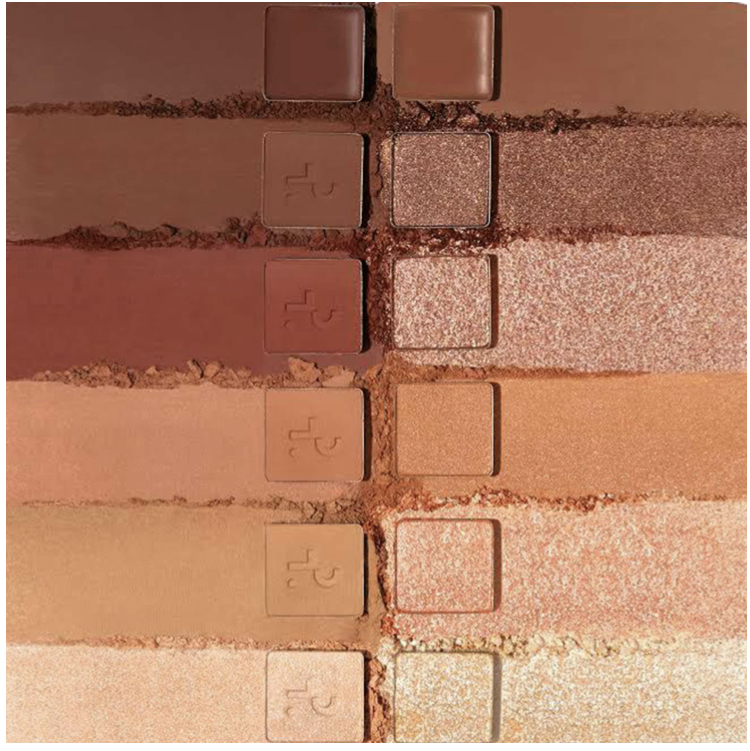 The Patrick Ta Major Dimension Eyeshadow Palette is a twelve pan palette, and is priced at $68. I have to admit, the price shocked me. That’s more expensive than Too Faced, Urban Decay and pricier than Natasha Denona for twelve pans. 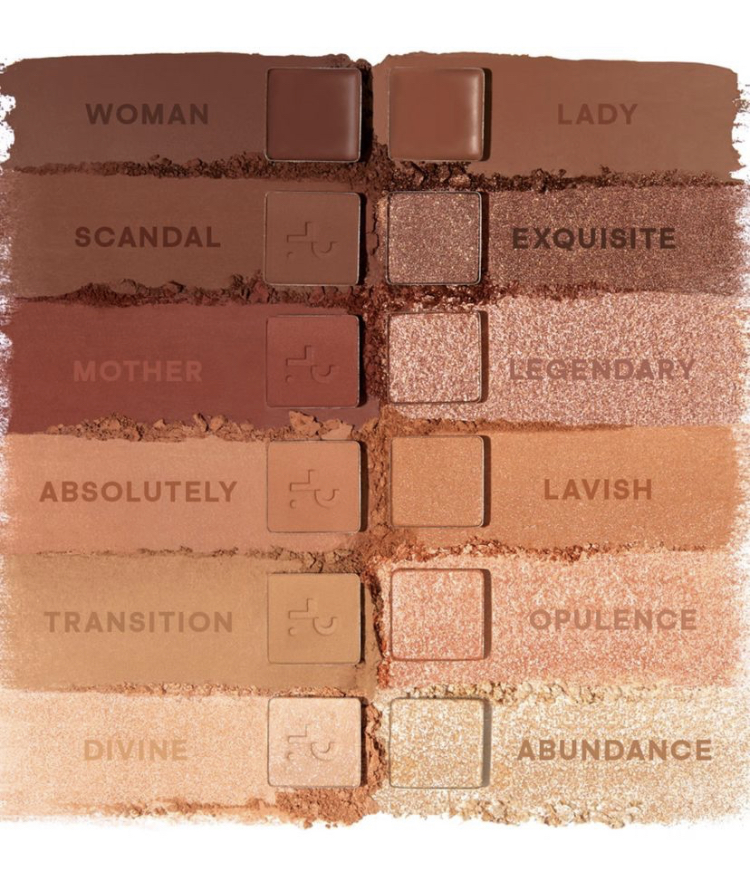 You can buy a 15 pan Midi Palette from Natasha Denona for $65, so to see this palette priced at $68 is a little surprising to me, especially when it’s their first ever eyeshadow palette. 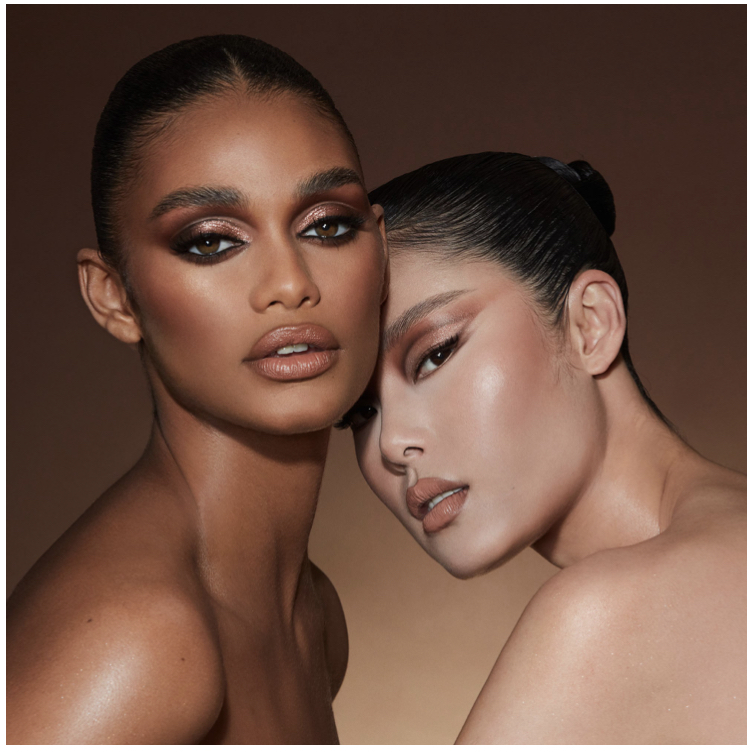 The Patrick Ta Major Dimension Eyeshadow Palette has rose gold, chrome packaging and features a mirror inside the lid. 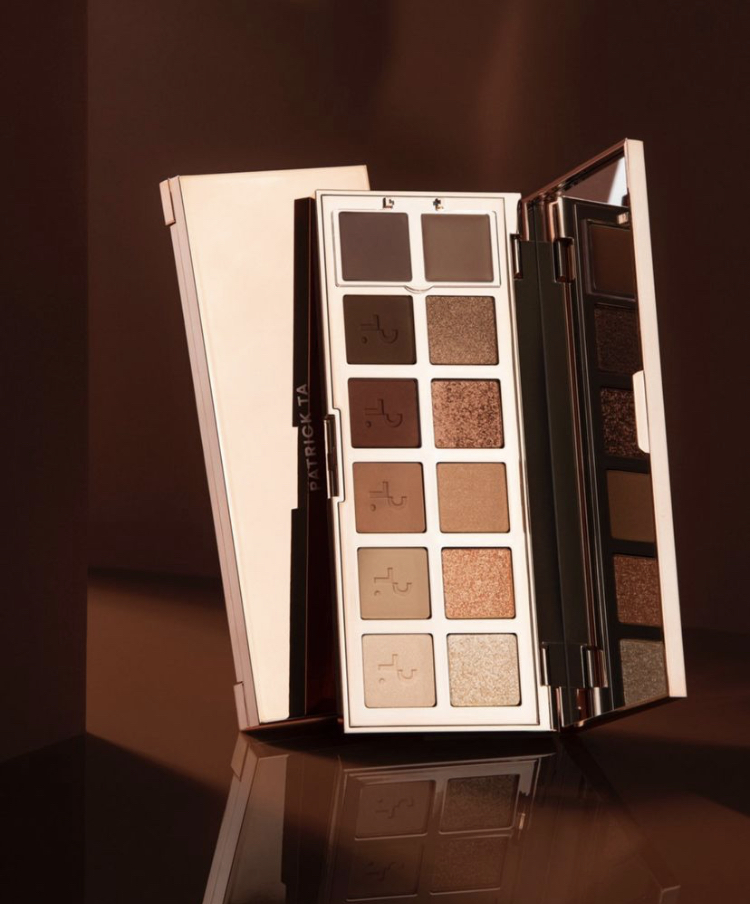 There are five metallic shades within the palette, five matte shades and also two creams. What’s clever though, is that the palette contains a secondary lid which covers up the creams to prevent them from getting fallout from the matte/shimmer shades. 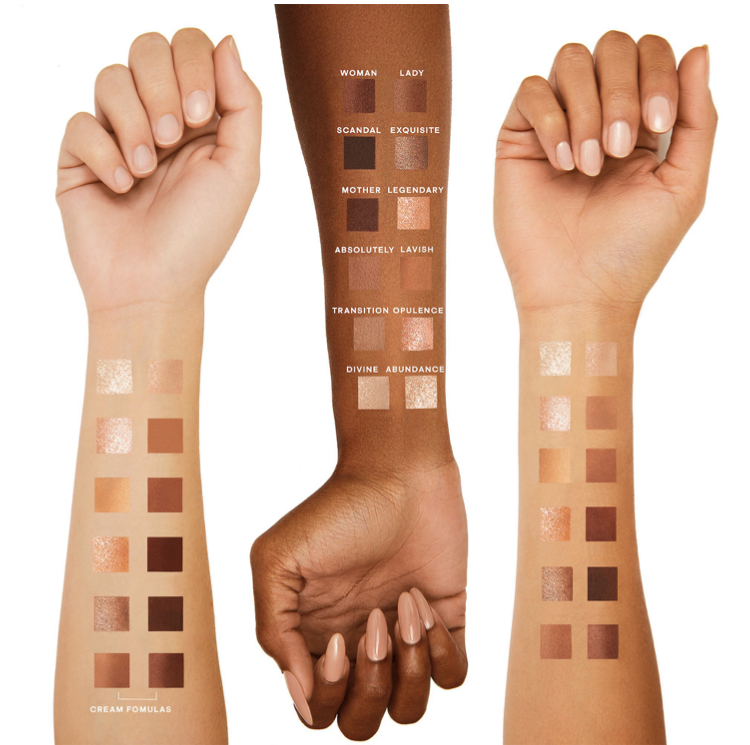 These swatches are photoshopped, and terrible photoshopped swatches at that. Why do brands do this? People want to see true swatches, not the same digital square superimposed onto three arms. The shade names are;

I have to admit, when I saw the palette I loved it. The shades looked pretty, and I loved the idea of the inner lid to protect the creams, but $68 for twelve shades is crazy.

They are slightly larger than say MAC solo shadows, with 1.8 g of product per pan, but it’s still a very high price point for a neutral palette with shades we probably own ten times over already in our collection. I really want to see real swatches, and it might look amazing, so I’ll hold out until then before making a decision if I want to buy it or not…

All images belong to Patrick Ta. 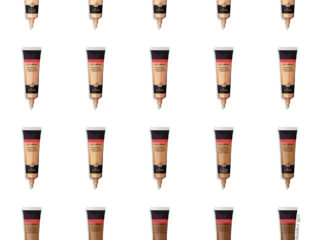 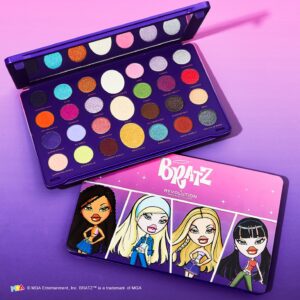