The Morphe 2 Oh-So-Nudie Quad Goals Multi-Palette is one of five new eyeshadow palettes which launched a couple of weeks ago, and I really liked the look of them.

Morphe 2 is a Morphe sister brand, which is themed around minimal makeup, with tints and sheerer formulas, and the brand is fronted by both Charli and Dixie D’Amelio, which really helped to put the brand on the map, thanks to their popularity on TikTok. 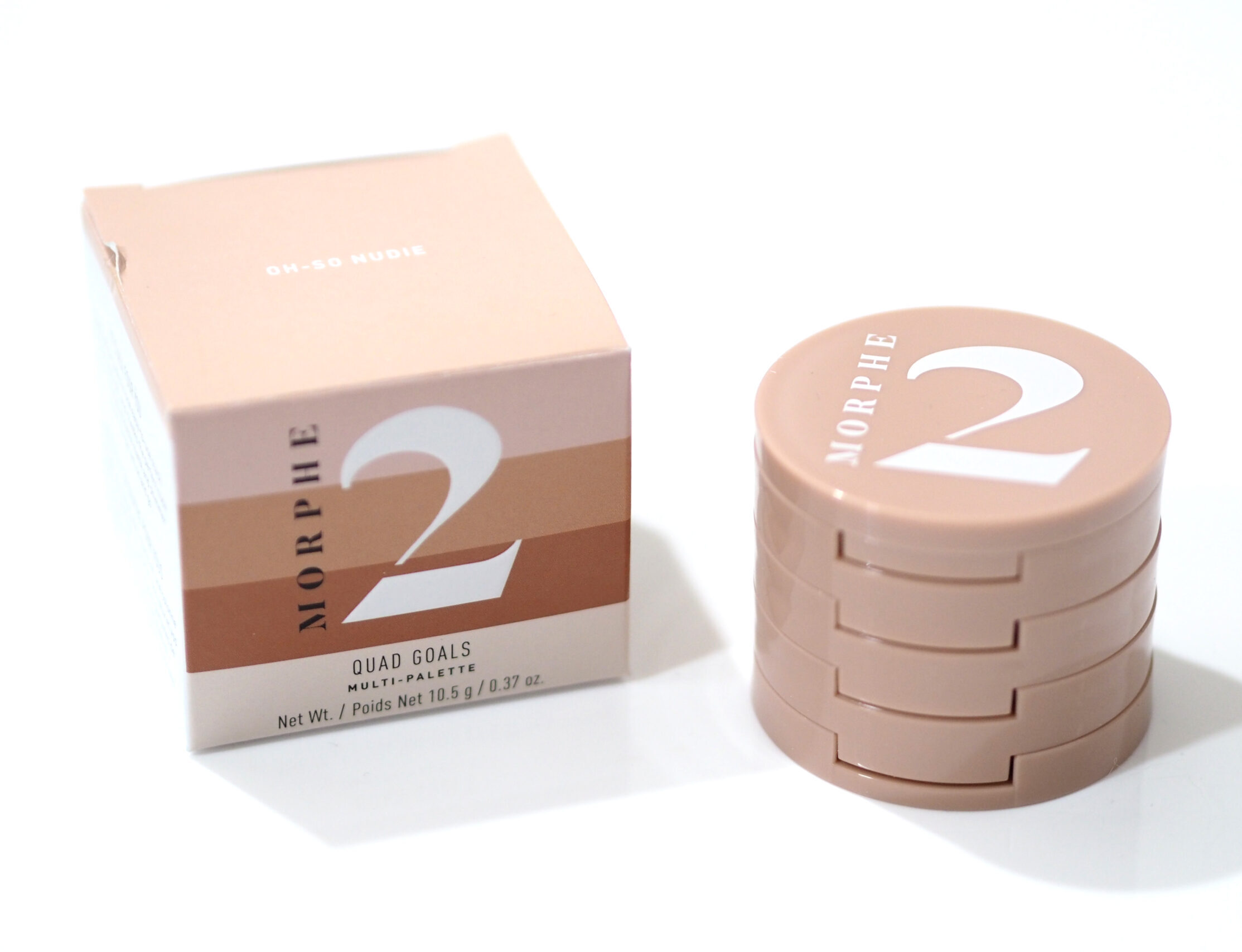 “Snap up four looks in one easy-to-use stack. Give your lids, lips, and cheeks a soft wash of color with these blendable, buildable shades in matte and shimmer finishes. Pop ’em on and go.“ 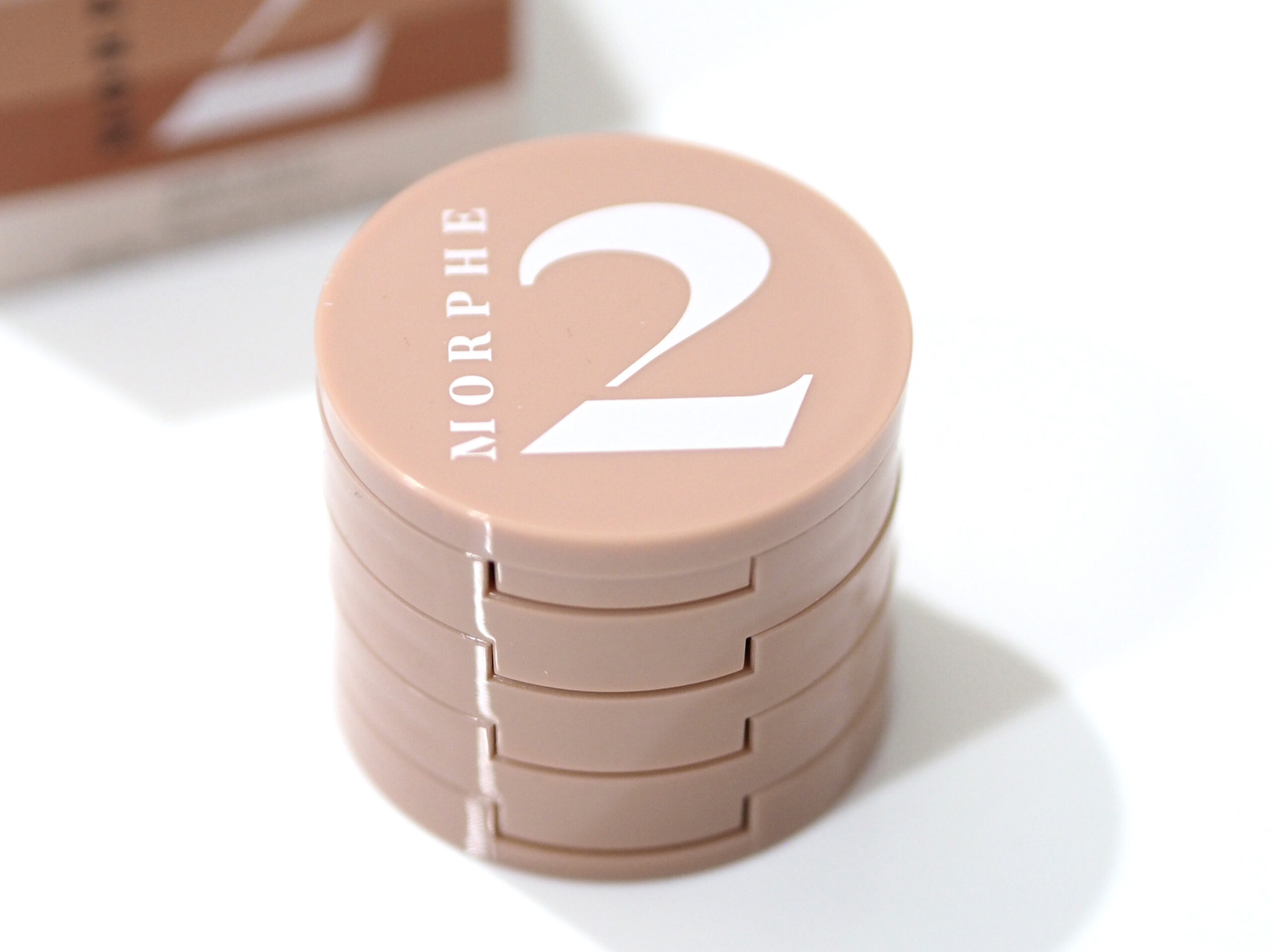 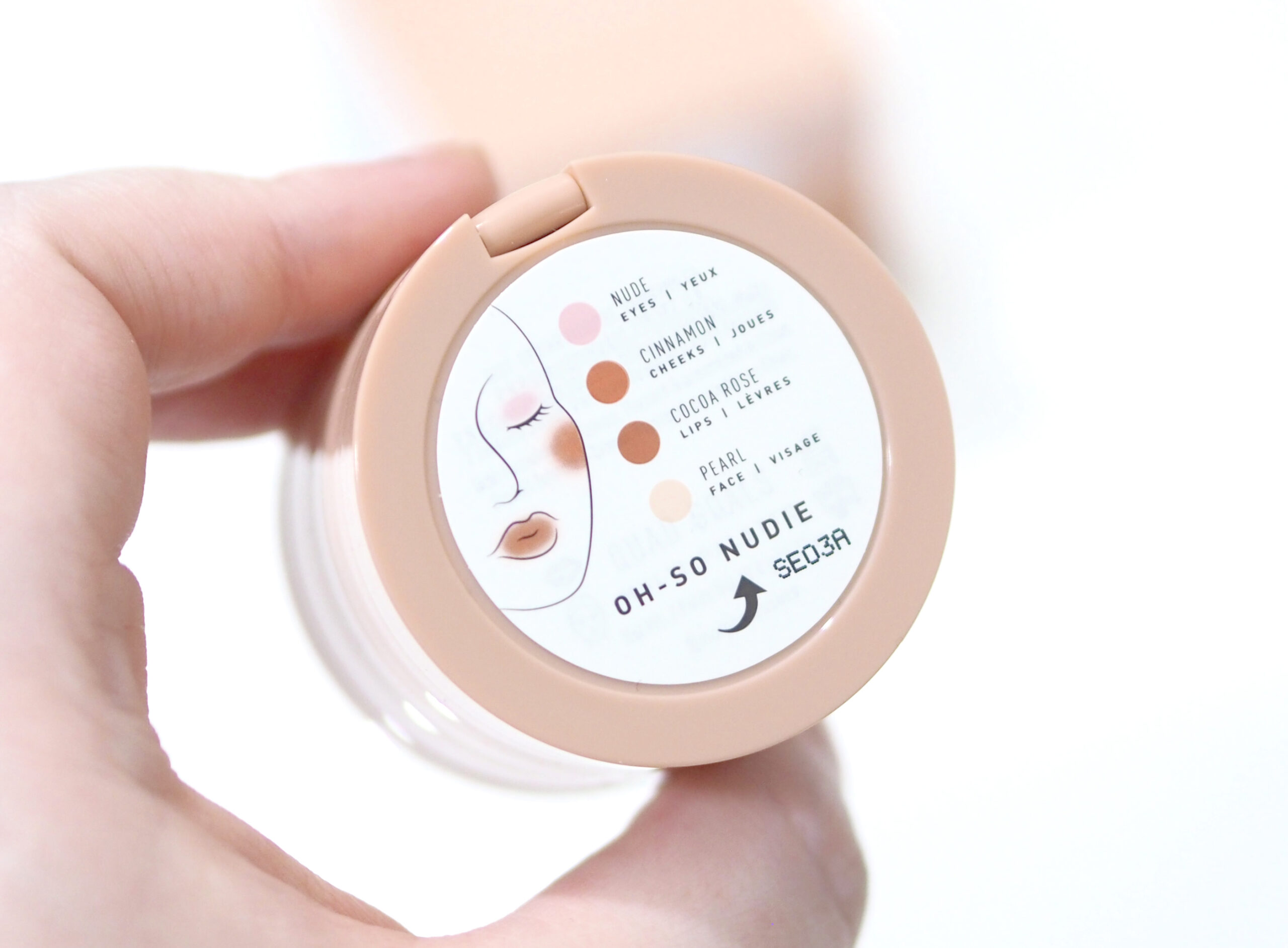 I love this concept. I know Melt Cosmetics were known for their stacks, and Kaja have their own range of stacks, but I think it’s cute, but these stacks are pretty robust too. 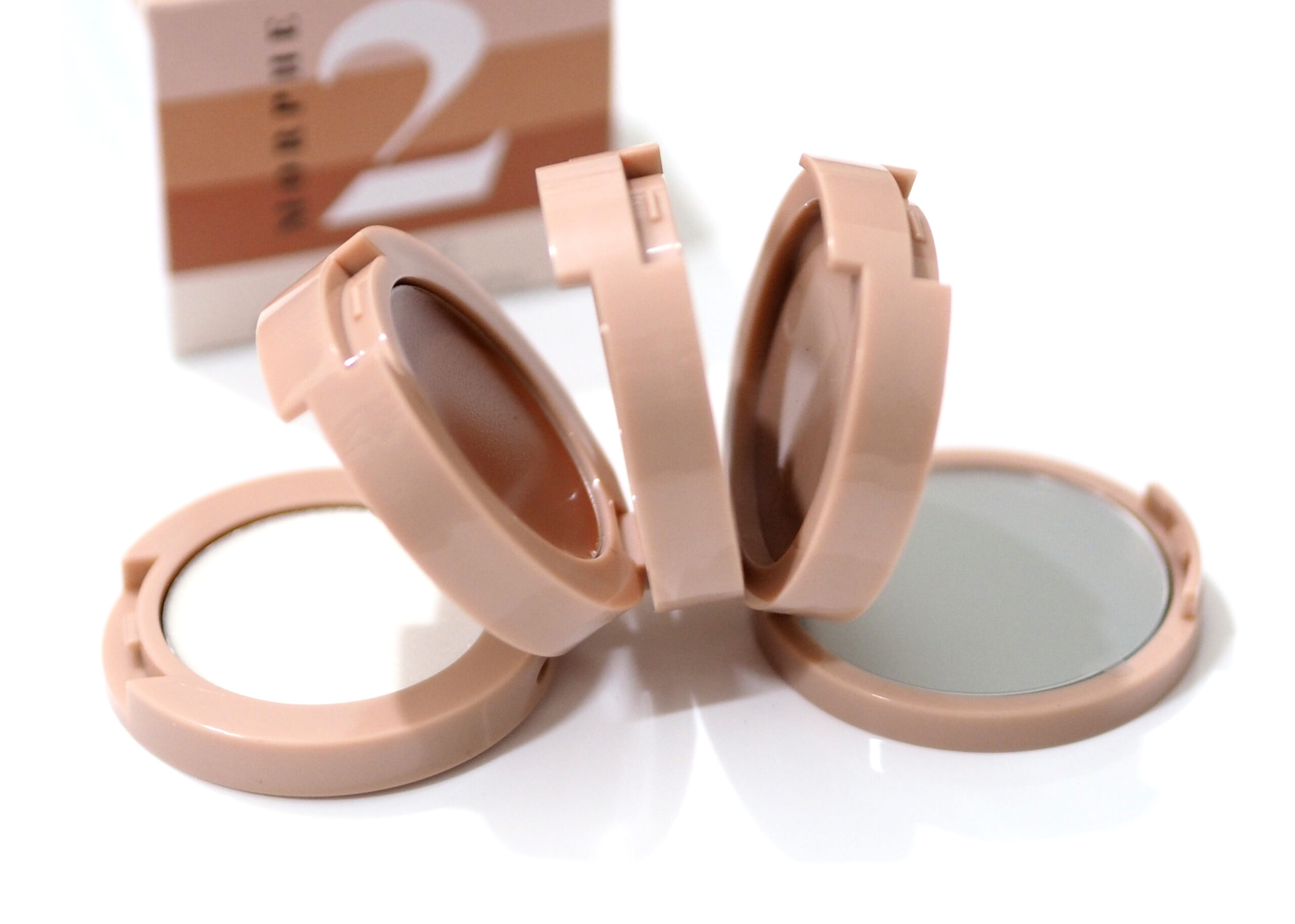 You could easily throw the stack in your handbag / purse, and I think they’d be sturdy enough to keep the powder products safe, but the mirror allows you to apply on the go too.

You can open each compartment separately, or all together, and on the bottom of the stack, there’s a sticker showing you the shades in each of the compartment, and where they should be used on the face.

The Morphe 2 Oh-So-Nudie Quad Goals Multi-Palette is housed within a nude coloured stack, and I bought two shades from the five on offer (Oh-So-Nudie and Fresh Peach), and I loved them both so much, I’ve now bought two more, which hopefully shows you how much I like them. 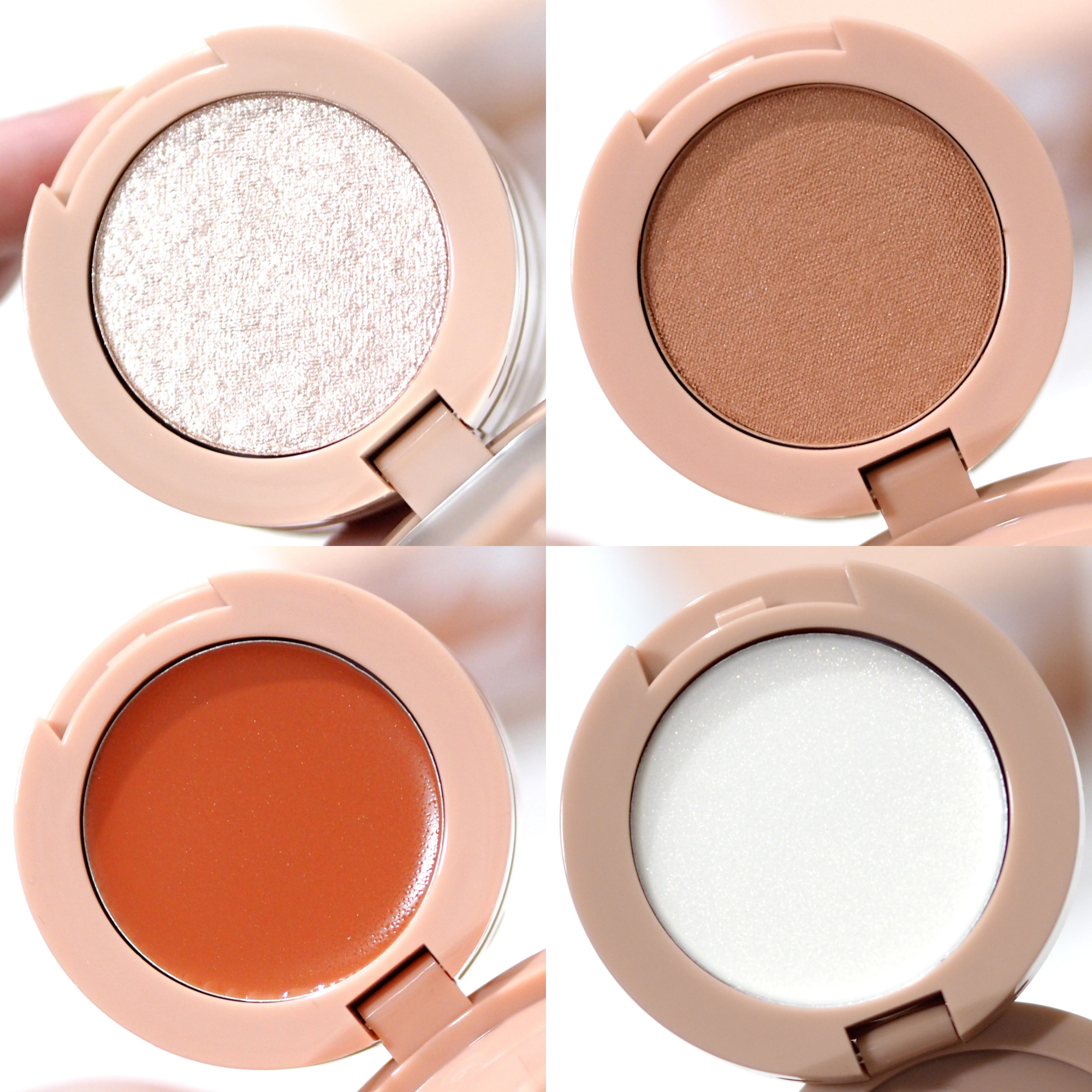 I’ve seen lots of promo photos for these stacks, but they really don’t do them justice, especially the eyeshadows. The eyeshadow within this Oh-S0-Nudie stack is the most amazing sparkly, foiled shade, and I’ve never seen Morphe create any eyeshadows in this formula.

I seriously wish they would, as it’s incredible, and so sparkly. It applies beautifully both with a brush, or a fingertip, and I would repurchase this stack just for this single eyeshadow alone; it really is that amazing. 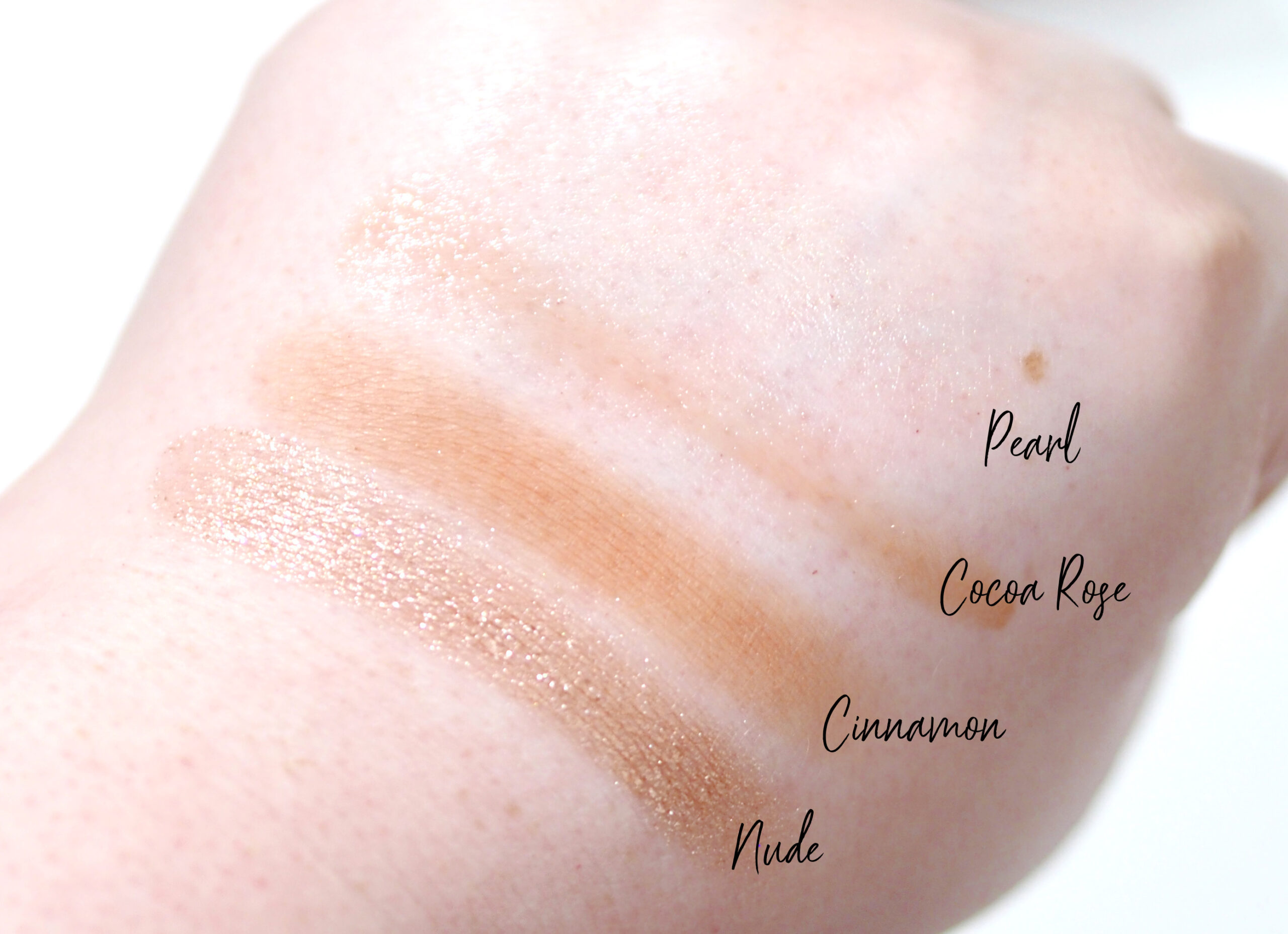 The Quad Goals shadows differ in formula across the stacks though, as the eyeshadow in the Fresh Peach stack is an insane duochrome, and again, it’s a finish and formula we’ve never seen from Morphe before.

Within this Quad Goals Multi-Palette, there’s a browny nude blusher which has the same consistency of a ColourPop Super Shock Blusher, with a slightly bouncy texture.

Then the tinted lip balm within the Oh-So-Nudie Stack is a similar shade to the blusher, and the highlighter is essentially a clear dewy cream. There is shimmer within the pan, but on the skin, it doesn’t translate onto the skin, but it’s beautiful nonetheless.

I really like the scent / taste of the tinted lip balm, as it smells like vanilla cake batter, but it’s probably my least favourite compartment within the Oh-So-Nudie stack as it’s very sheer.

However, I adore the eyeshadow and blush, and really like the highlighter. The highlighter reminds me a little of the RMS Living Luminizer, and for £16, I’m so impressed.

Morphe really, really need to do more shadows in this formula, as it’s honestly fantastic, and it’s crazy that nobody is raving about these stacks, because I love them, and will share the other 3 stacks I have very soon.