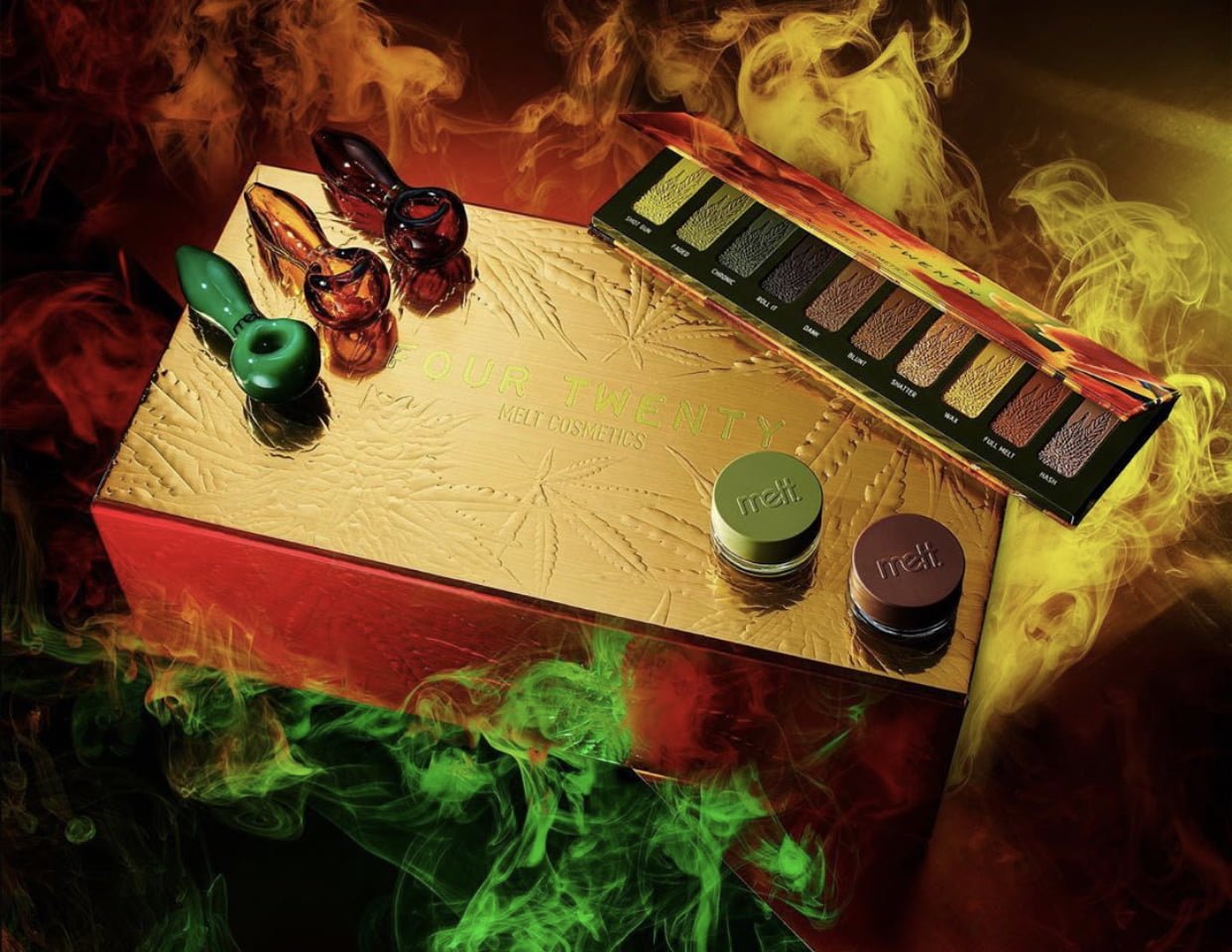 As soon as April rolled around, it was obvious beauty brands were going to capitalise on the date and the Melt Cosmetics Four Twenty Collection is just one of the new collections coming up this month. (now launched at BeautyBay right here) 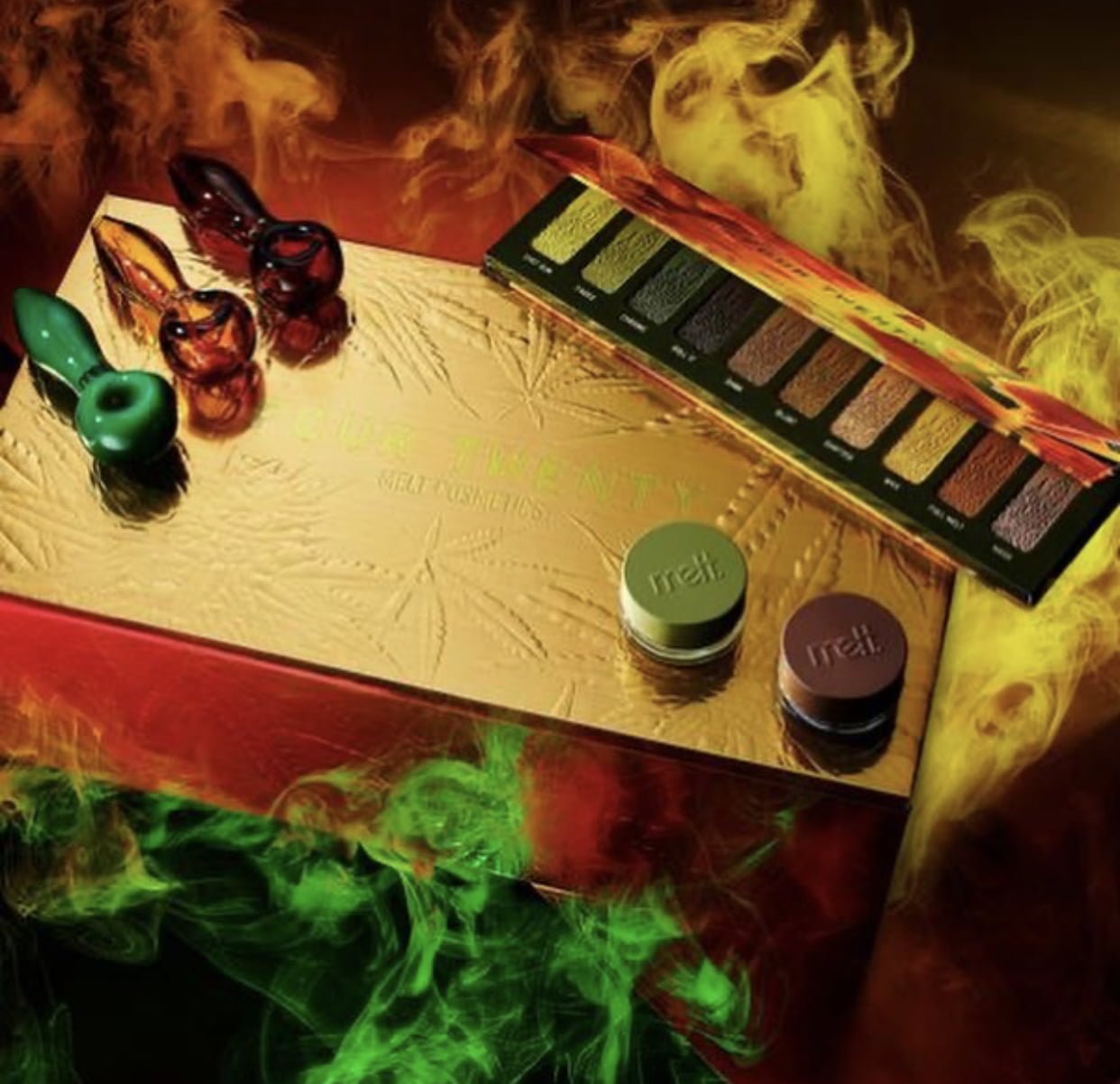 If you have no idea what I’m talking about, 20th April (abbreviated 4/20 in the US), is considered as an occasion for smoking or celebrating the smoking of cannabis. 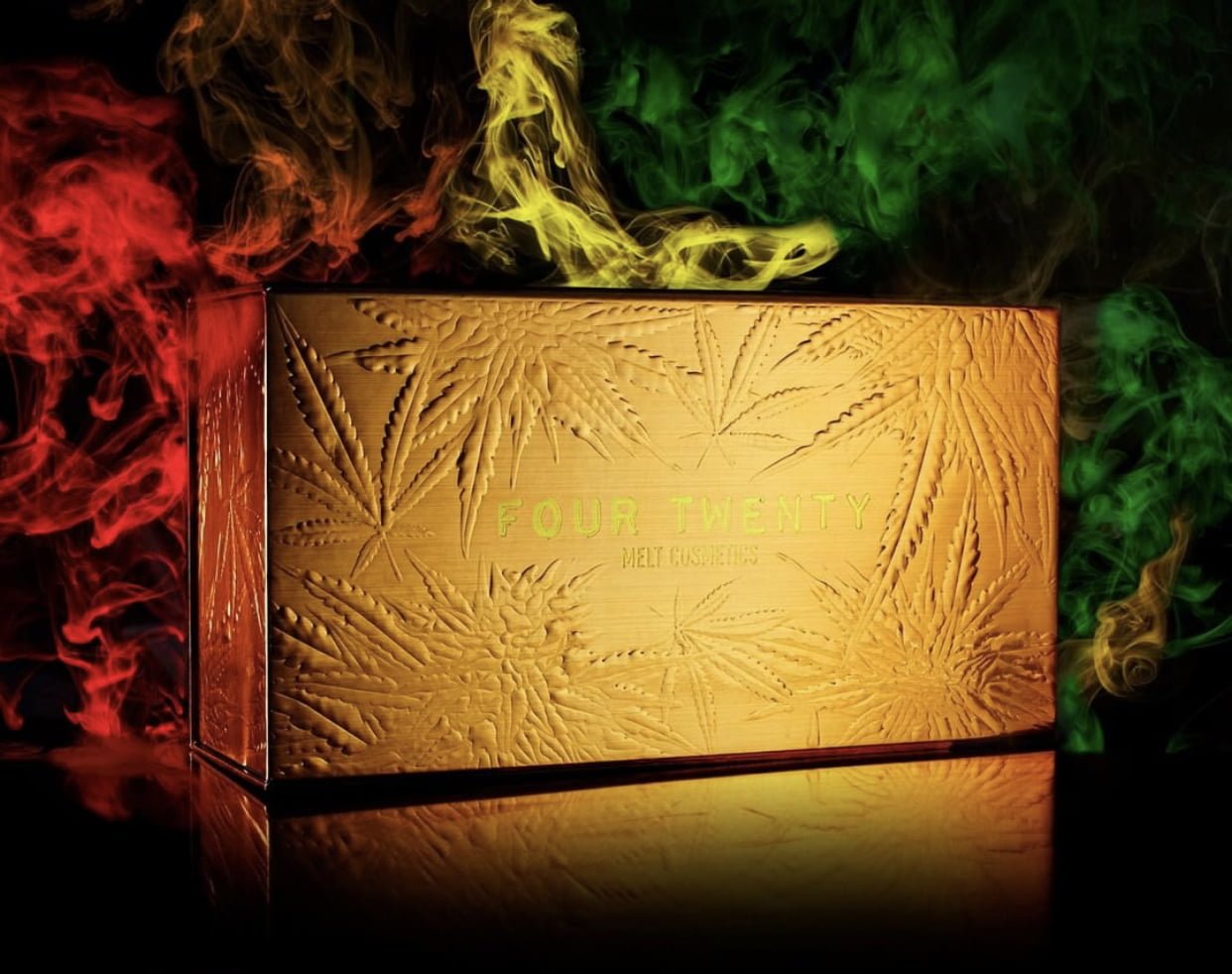 It’s a very polarising subject for many, so I’m going to remain subjective and just talk about the products. So April’s date is 4.20, and you can read all about the history behind the name right here. 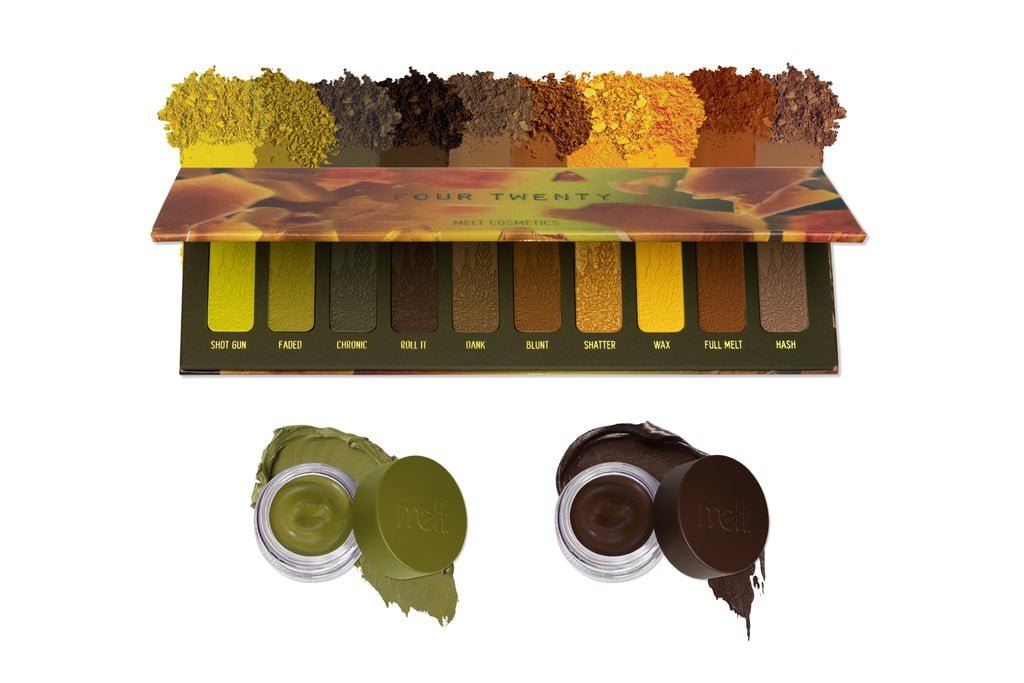 In addition to Melt Cosmetics jumping on the 420 bandwagon with the Melt Cosmetics Four Twenty Collection, there’s also been Catrice, NYX and also Kimchi Chic too. 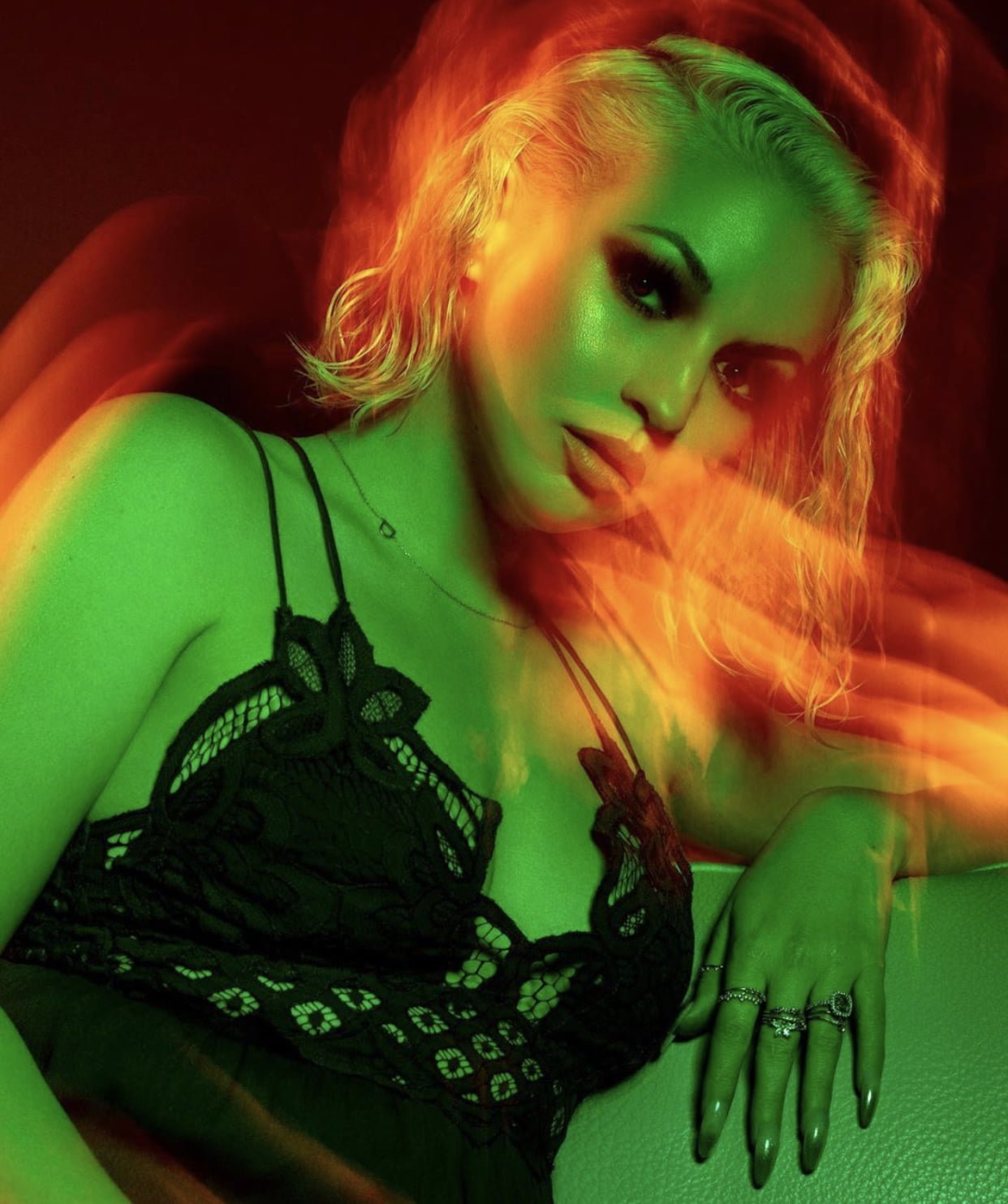 The launch date for the collection is the 20th of April, and over the last few days they’ve been sharing some sneak peeks of the products within the collection, so if you want to see the beautiful palette, swatches and more, keep on reading. 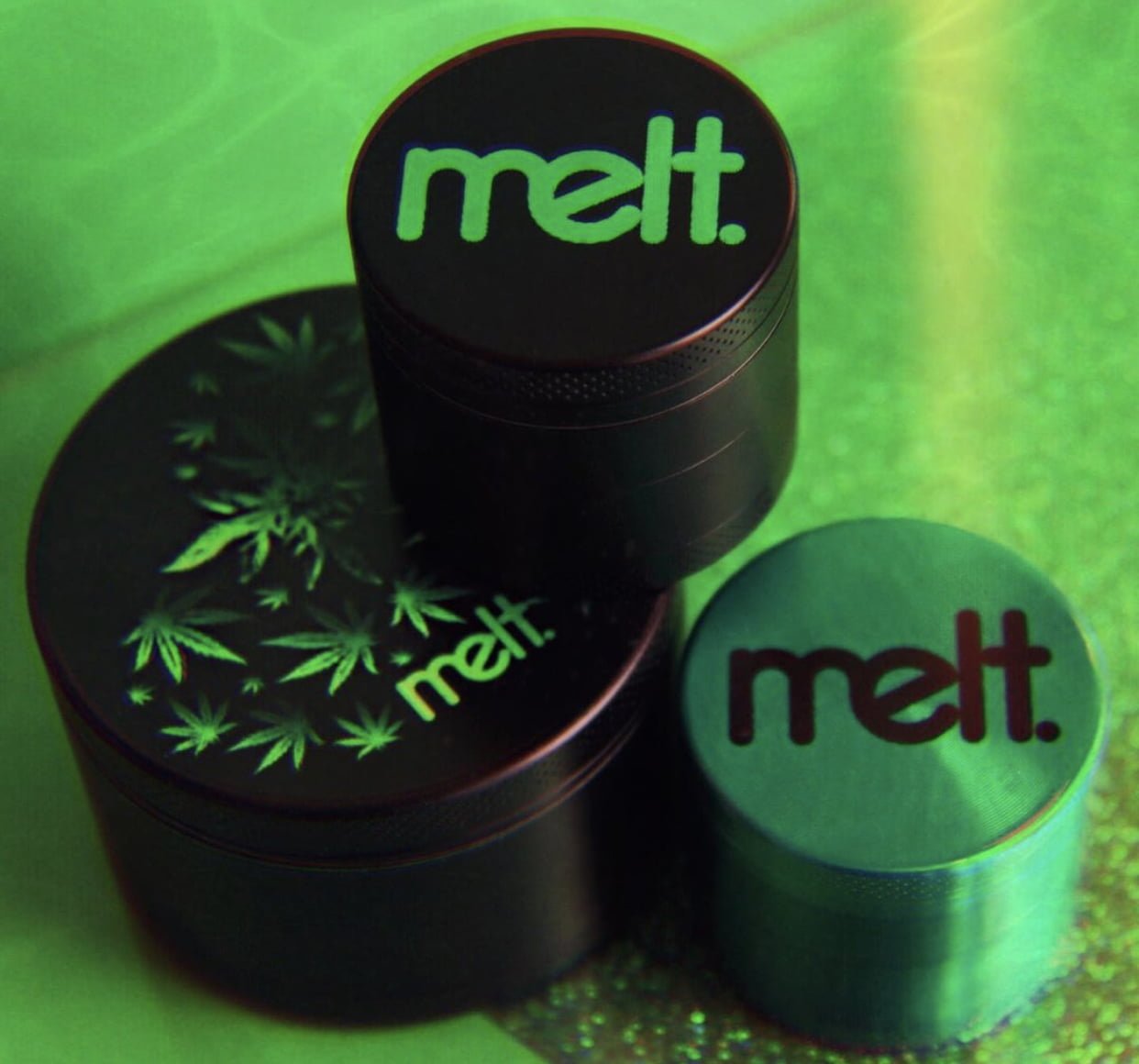 This collection was probably created due to the mega success Melt Cosmetics have had with their Smoke Sessions Palette.

The Smoke Sessions Palette had a green theme, with green metallic cardboard packaging and each of the eyeshadows had a leaf embossed into the powder. It is a truly stunning palette, and I can totally see why it has been so popular. 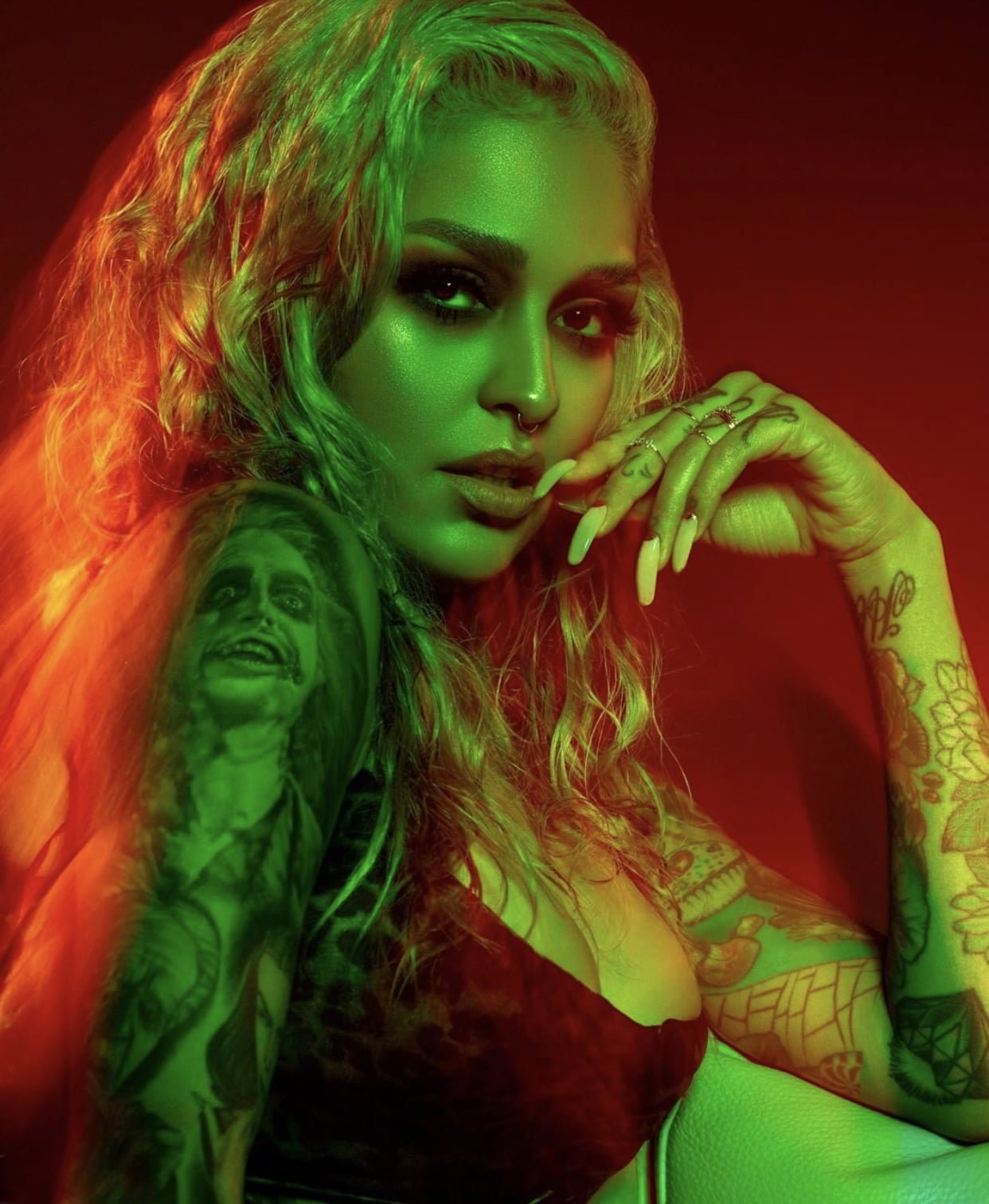 The promo images for the collection have obviously been created using the collection and the images are so pretty. The photos all have green and red light filers on them, so you can’t see the shades very well within the makeup look, but they’ve now revealed photos showing both the inside, and outside the palette plus swatches. 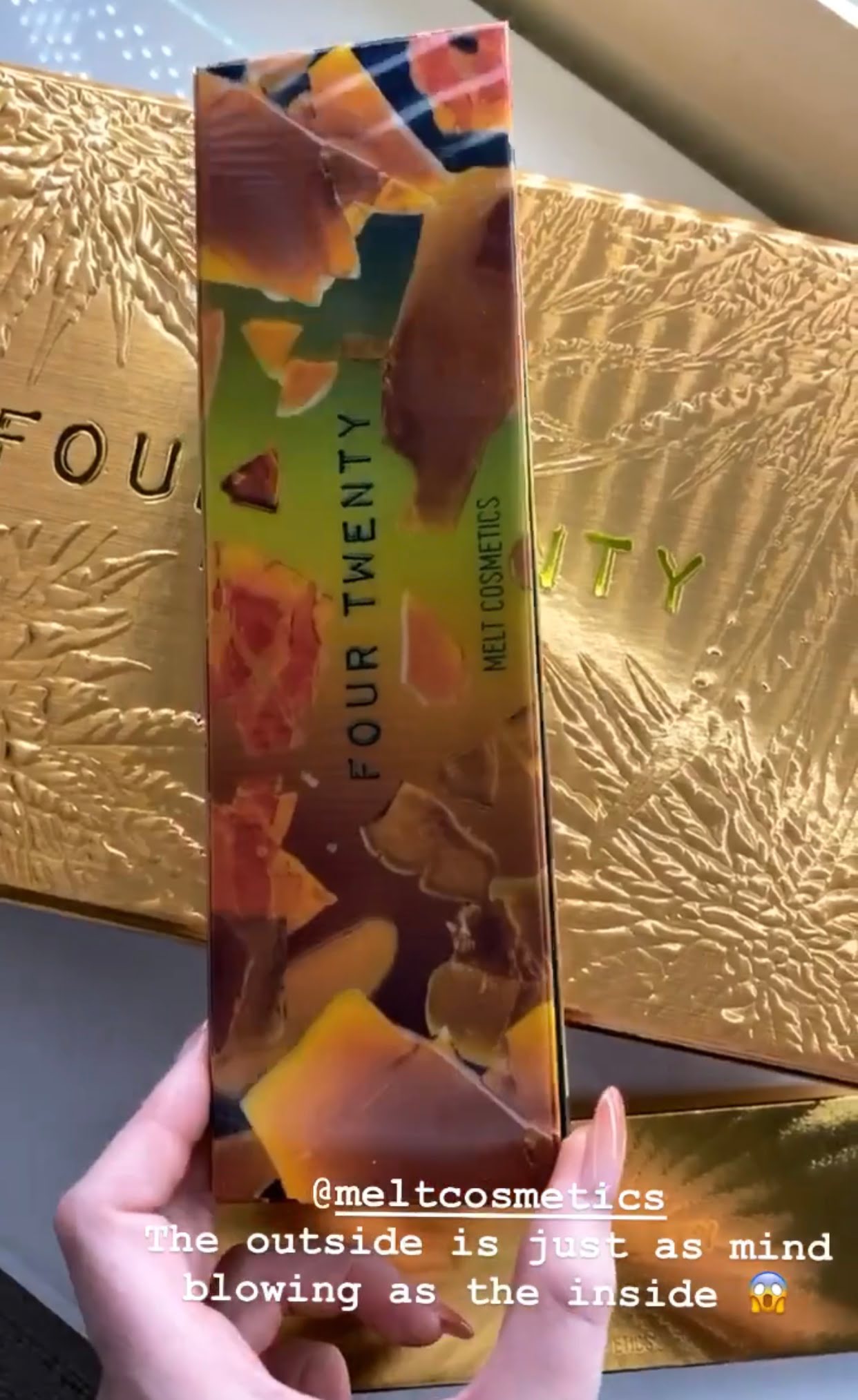 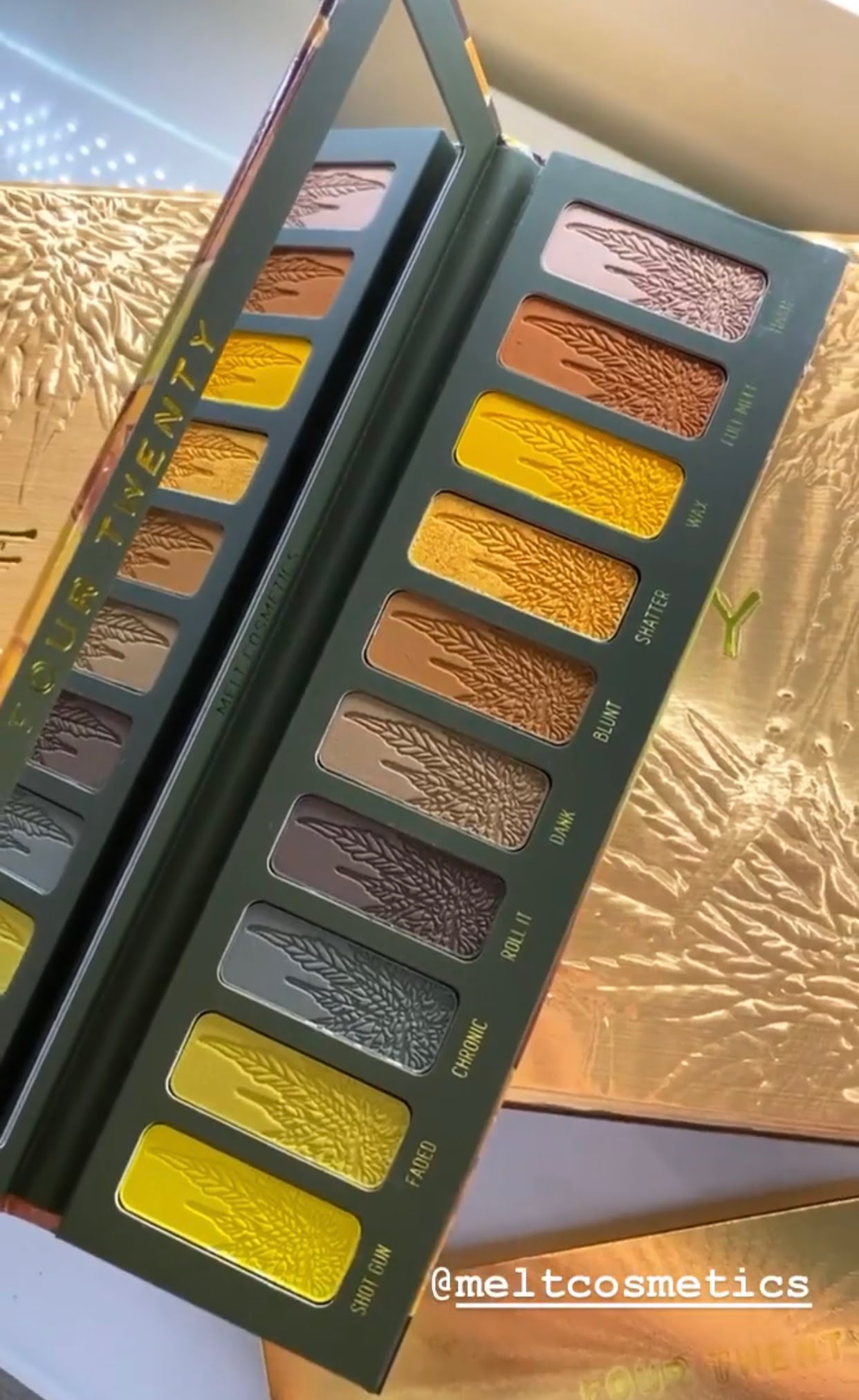 The shades within the Melt Cosmetics Four Twenty Collection Palette are a lot more grungy with some yellows, browns and greens.

It’s a much more grungy version of the Smoke Sessions, and just look at how crazy pigmented the eyeshadows are. The mattes look incredible, and the shimmer shade is super pretty too. 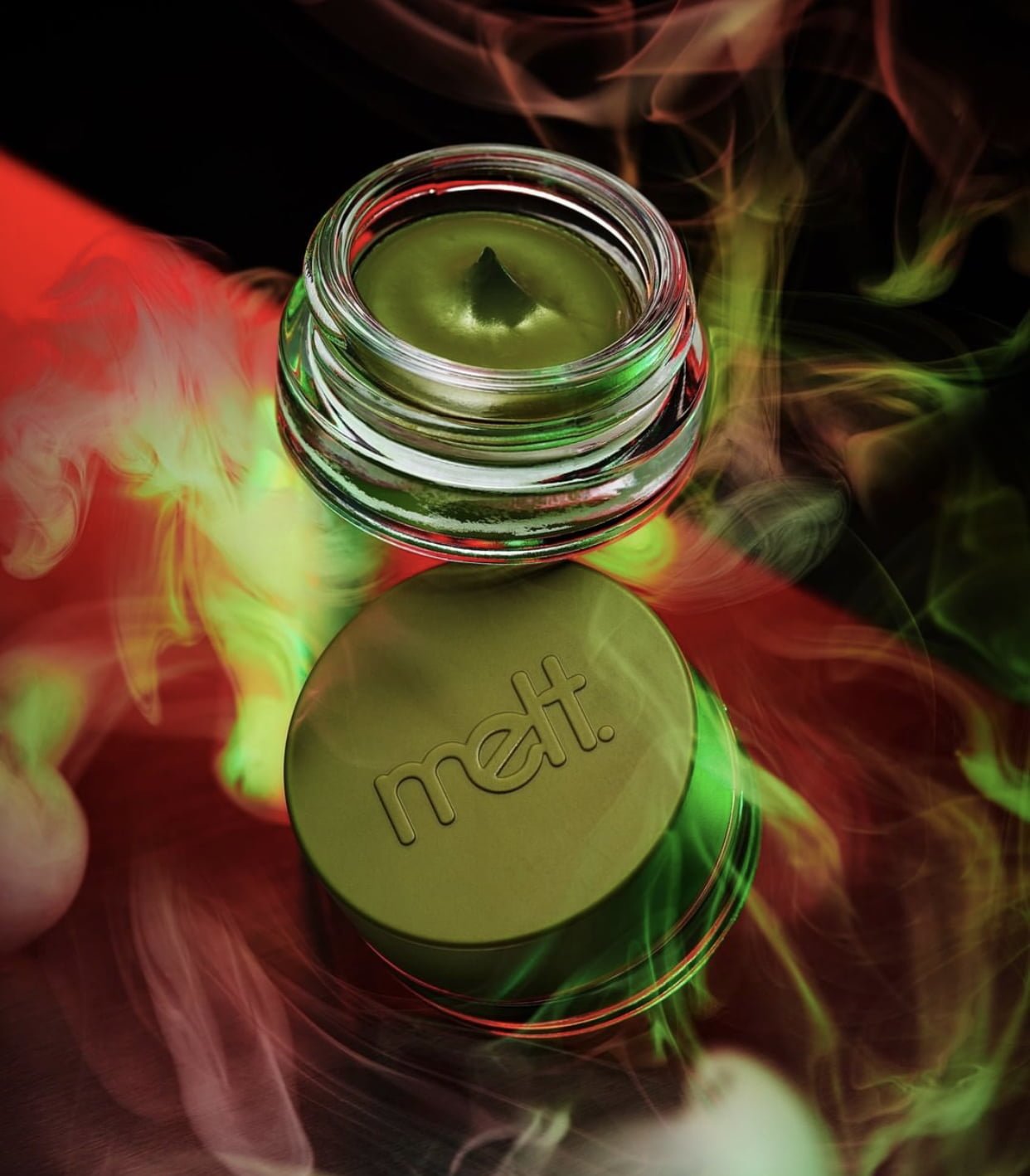 This is the Melt Cosmetics Wallflower Gel Liner, which is an olive gel liner that can also double up as a cream shadow to elevate your four twenty greens. 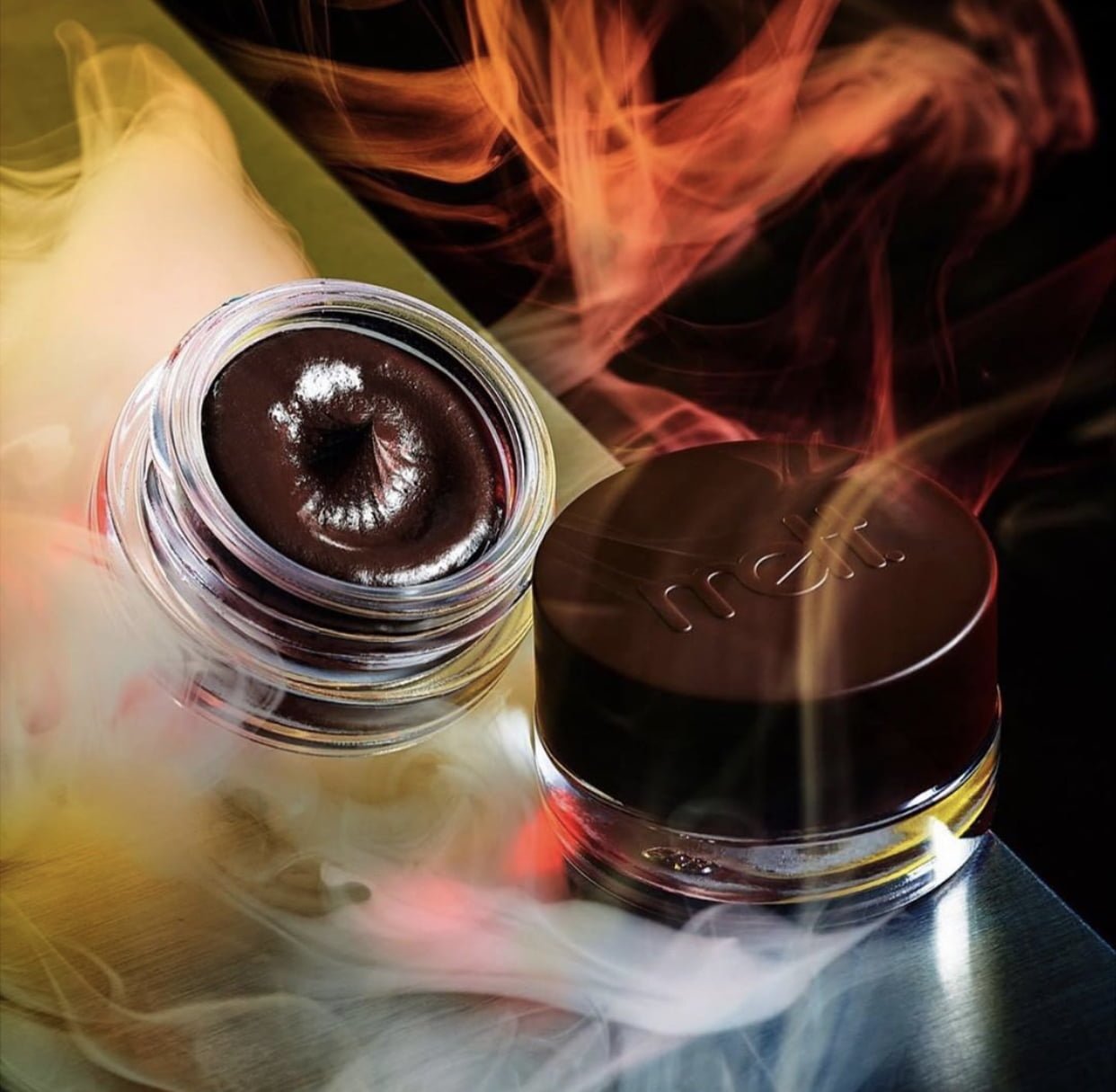 This is the Melt Cosmetics Spliff Gel liner, which is described as being a true brown gel liner, that can also be used as a sultry cream shadow too. 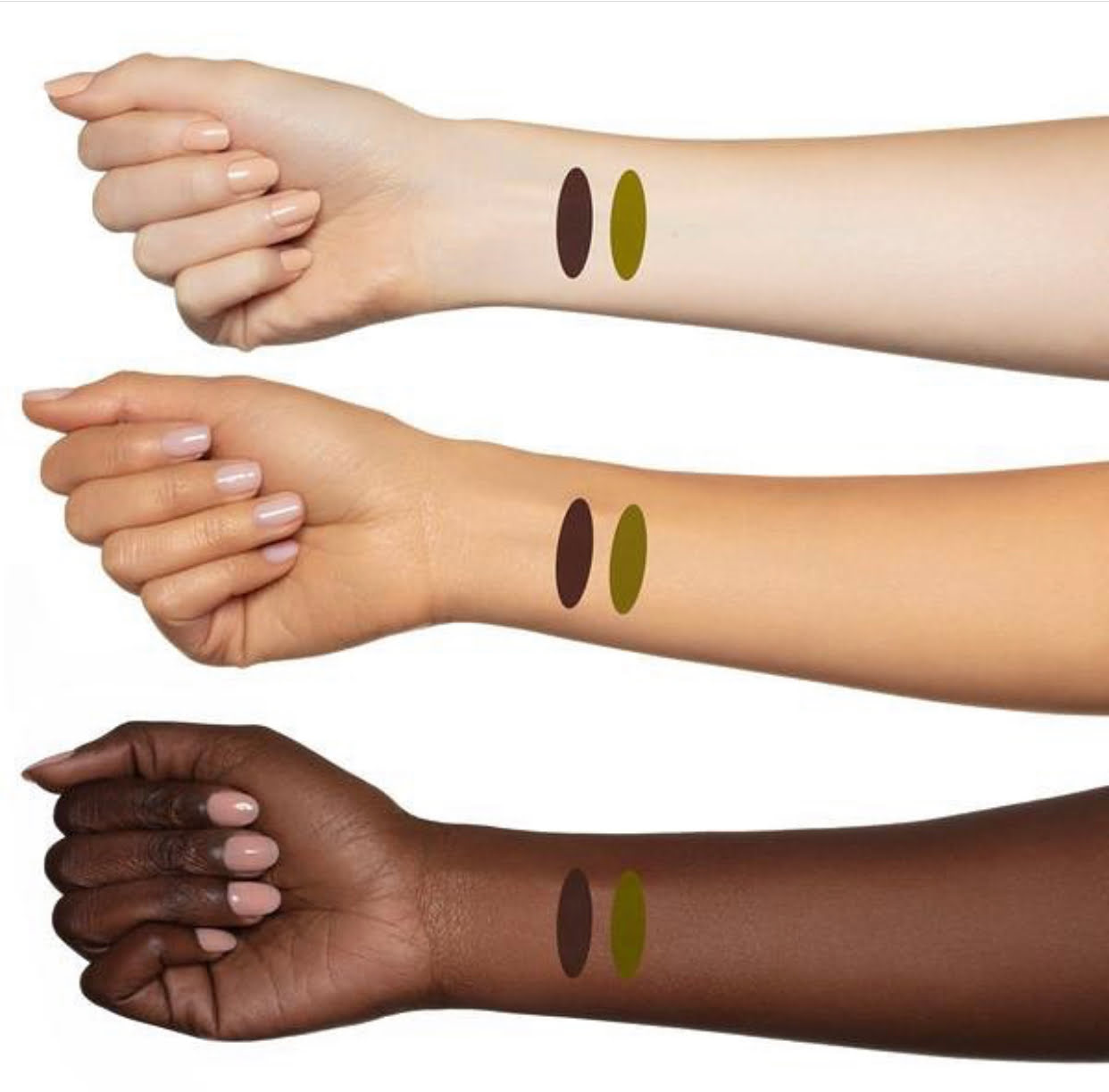 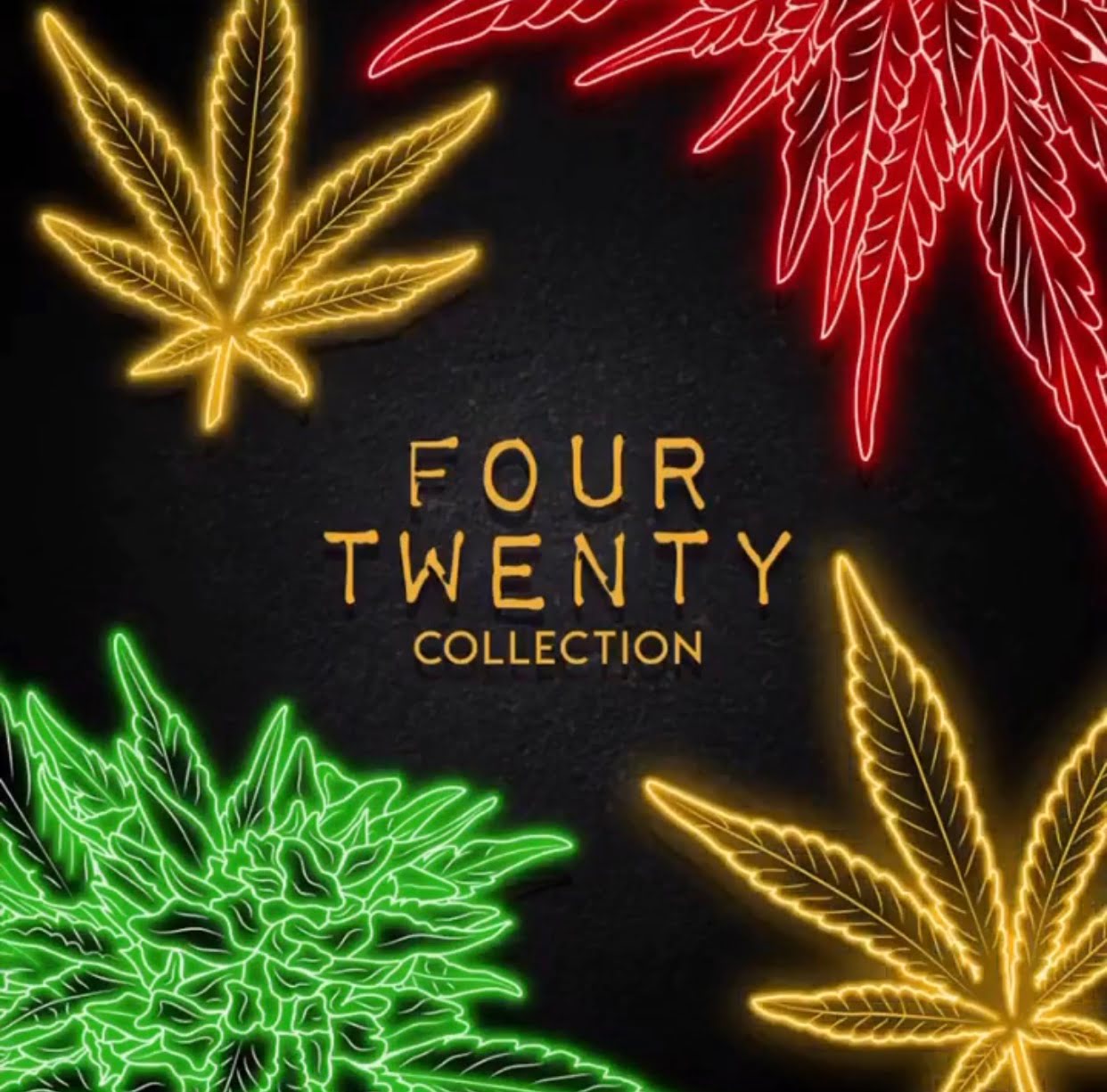 There’s quite a few comments on the Melt Instagram page about the collection, because Melt have closed their distribution centre following the Los Angeles emergency order.

So nobody knows how or when this collection will ship, but it might be that they delay any orders on the Melt Cosmetics Four Twenty Collection.

Although the collection is launching on the 20th of April, it’s unknown whether anyone will be able to order anything. 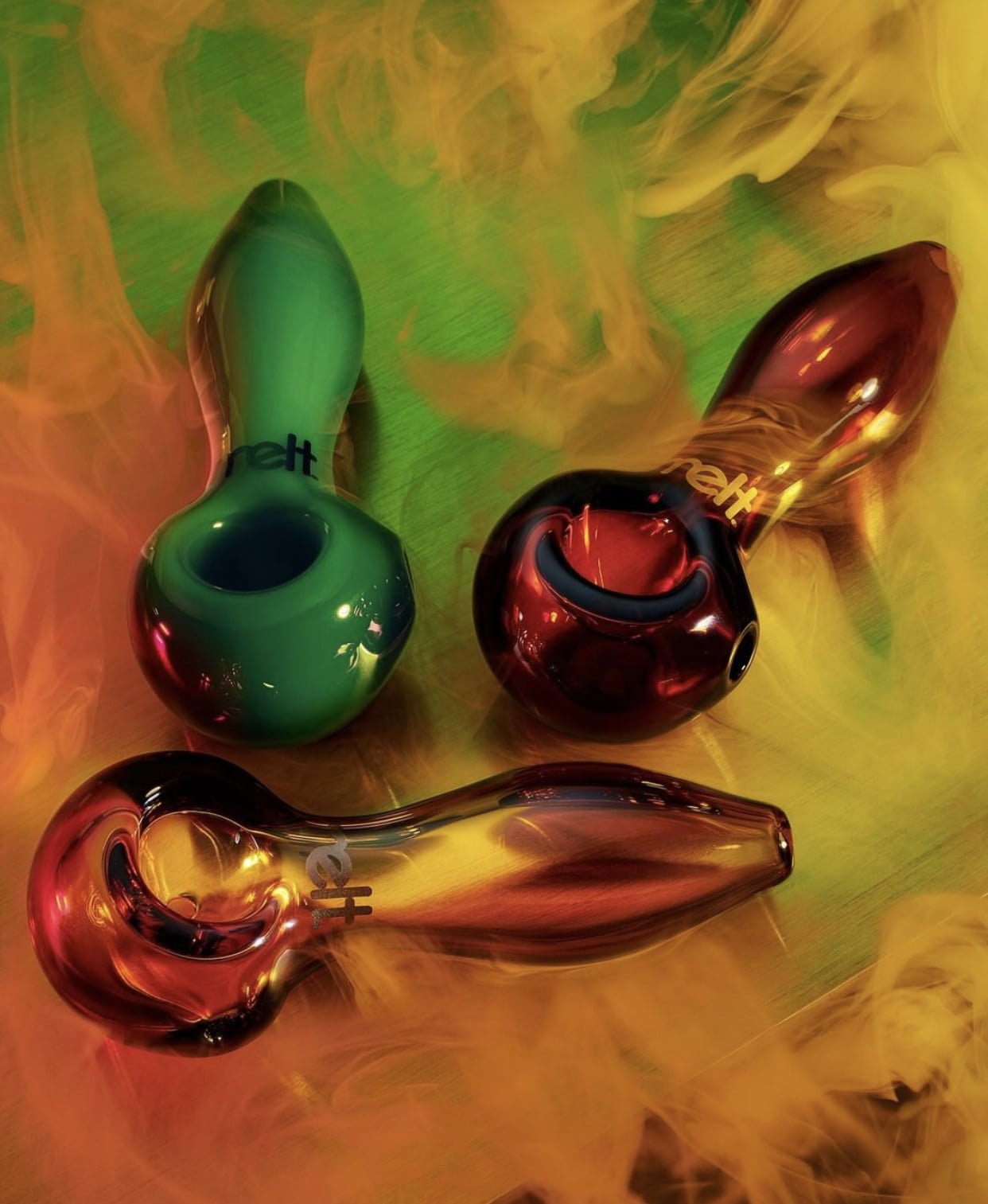 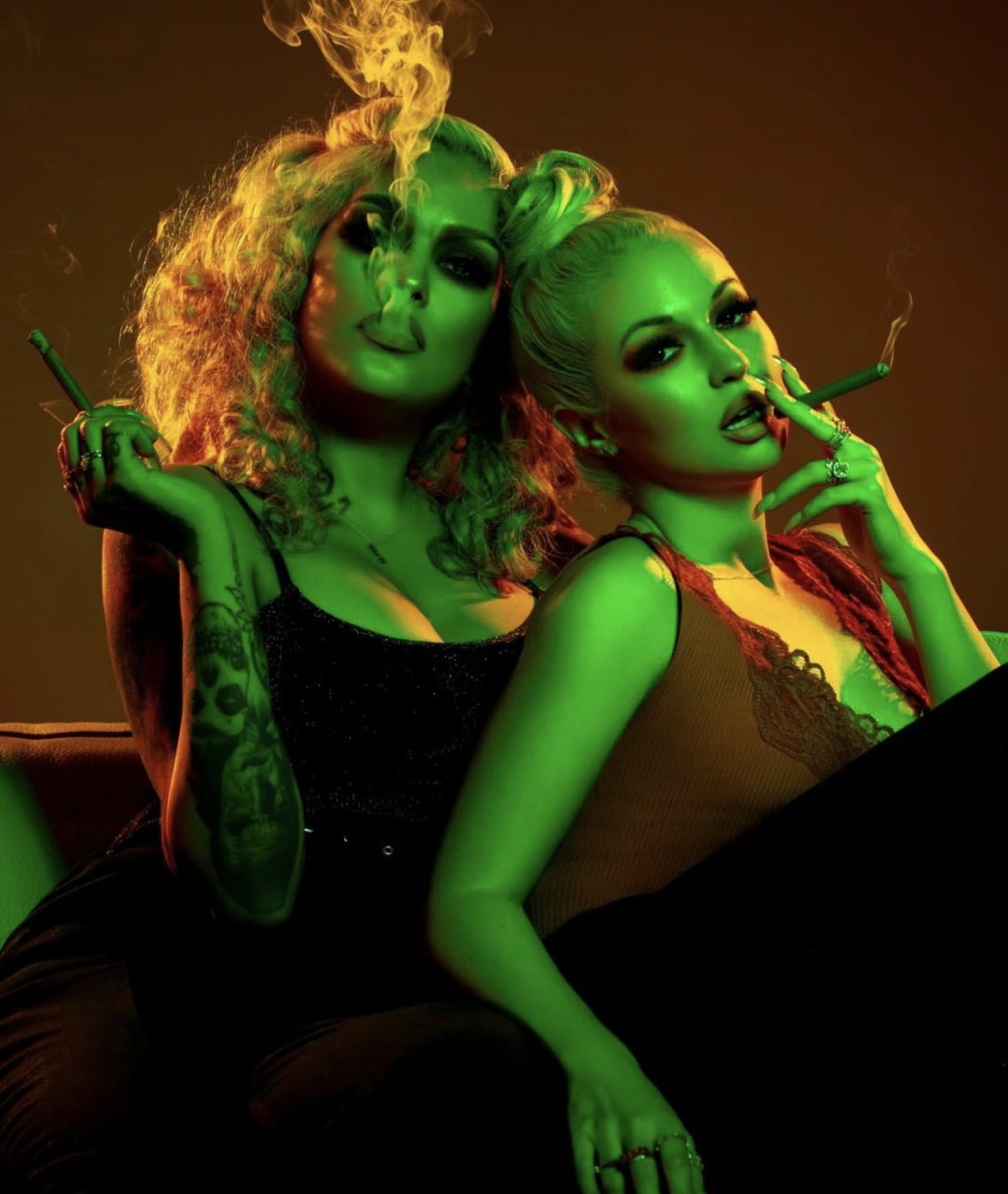 However, they obviously can’t wait to launch the collection as it’s April the 20th specific. It’ll be interesting to see what happens over the next few days, but I’ll be sure to update this post as soon as any more information comes forward. 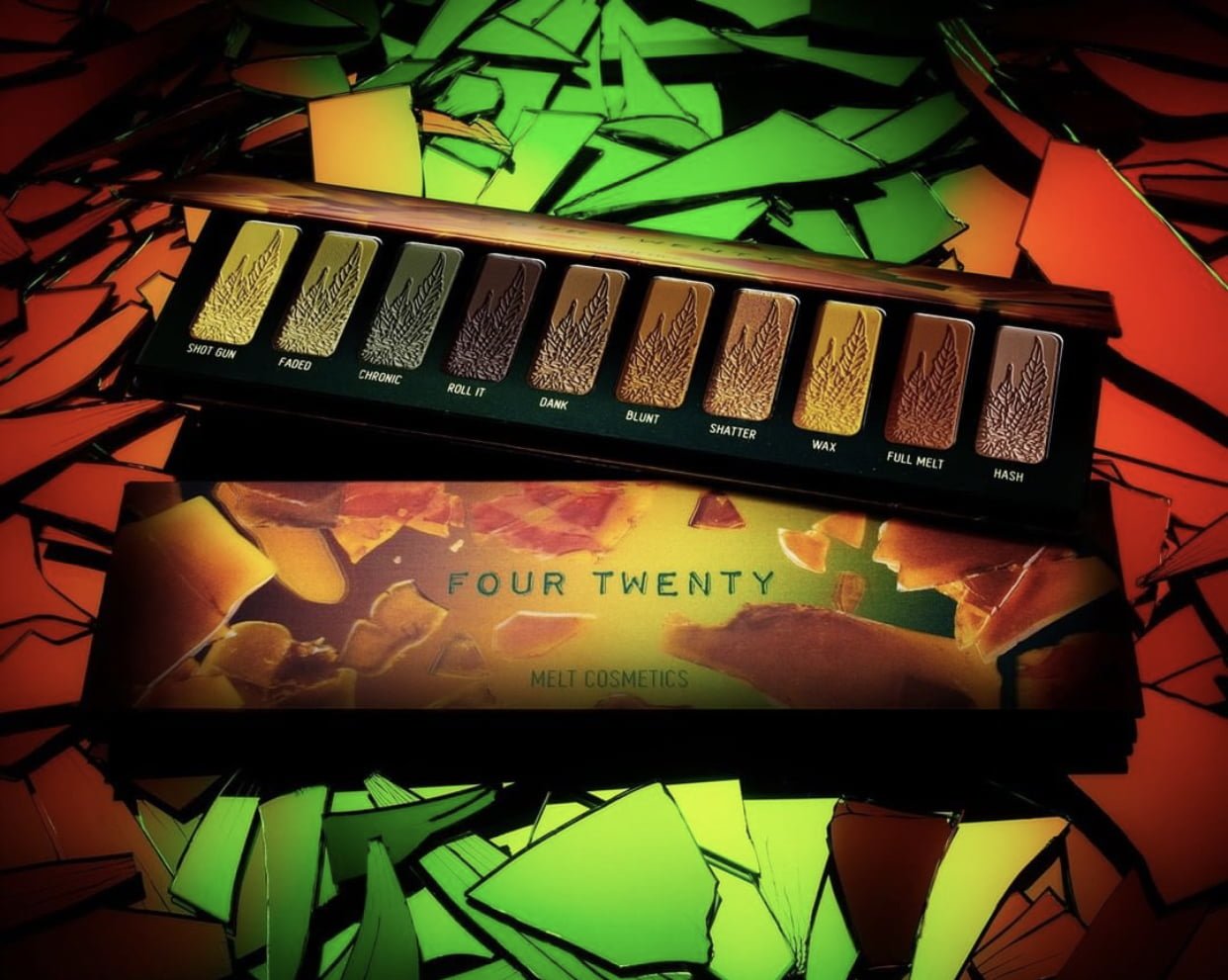 All images belong to Melt Cosmetics.