At this time of year, many brands are launching glitter themed products, and the Makeup Obsession Cosmic Crystals Glitter Liners have launched today as part of the brand's new Cosmic Crystals Collection. In addition to the liners, there's also a colourful palette and some pretty lip toppers too.

The Makeup Obsession Cosmic Crystals Glitter Liners are just £4 each, and there's three shades to choose from, as is there with the lip toppers too. I think £4 is really reasonable for a liquid glitter eyeliner, especially if you compare them to the Urban Decay Heavy Metals Liners which are £17 each! 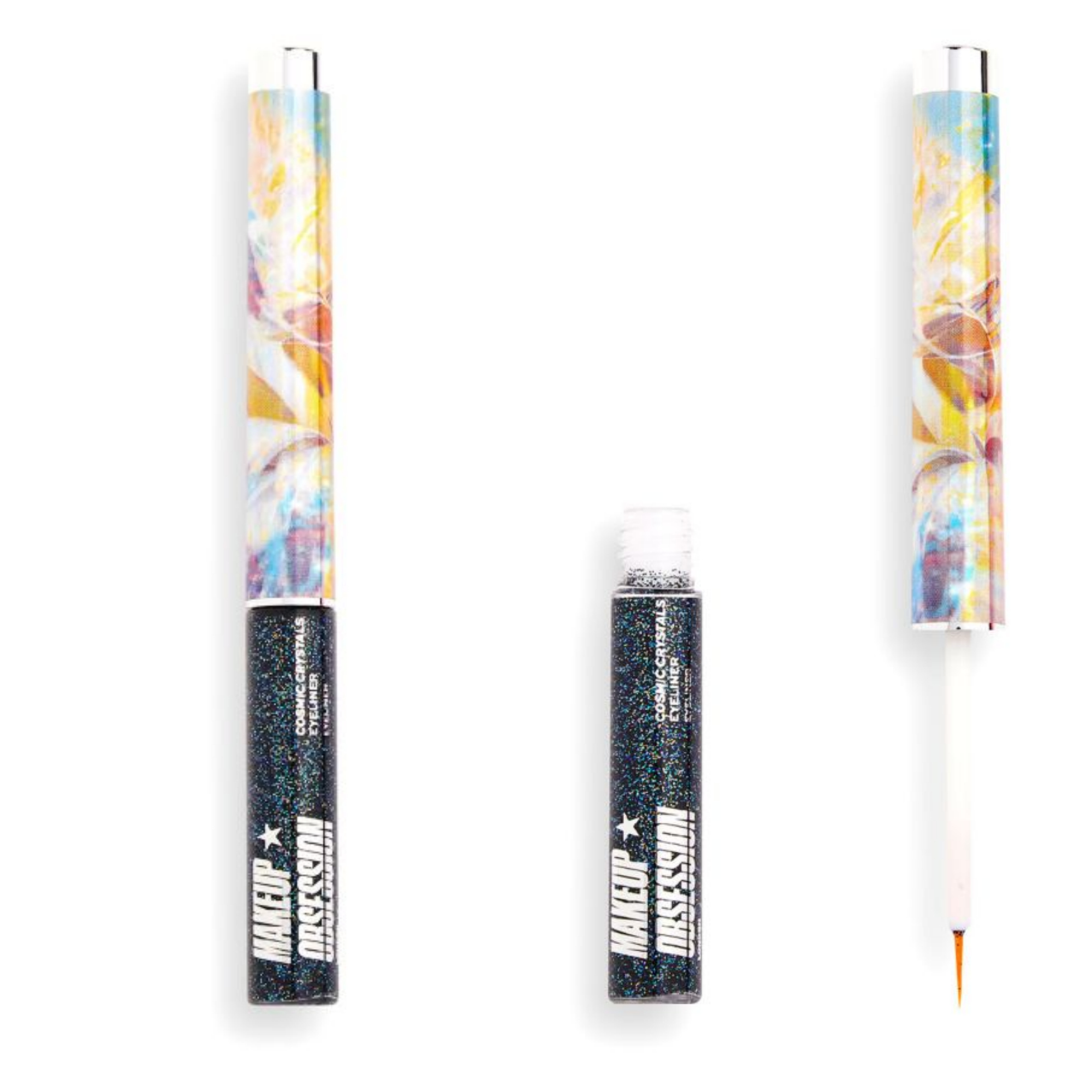 “Adorn your eyes with the Makeup Obsession Cosmic Crystals Glitter Liners. These liquid eyeliners are packed with glitter and give a crushed-crystals effect to any eye look.” 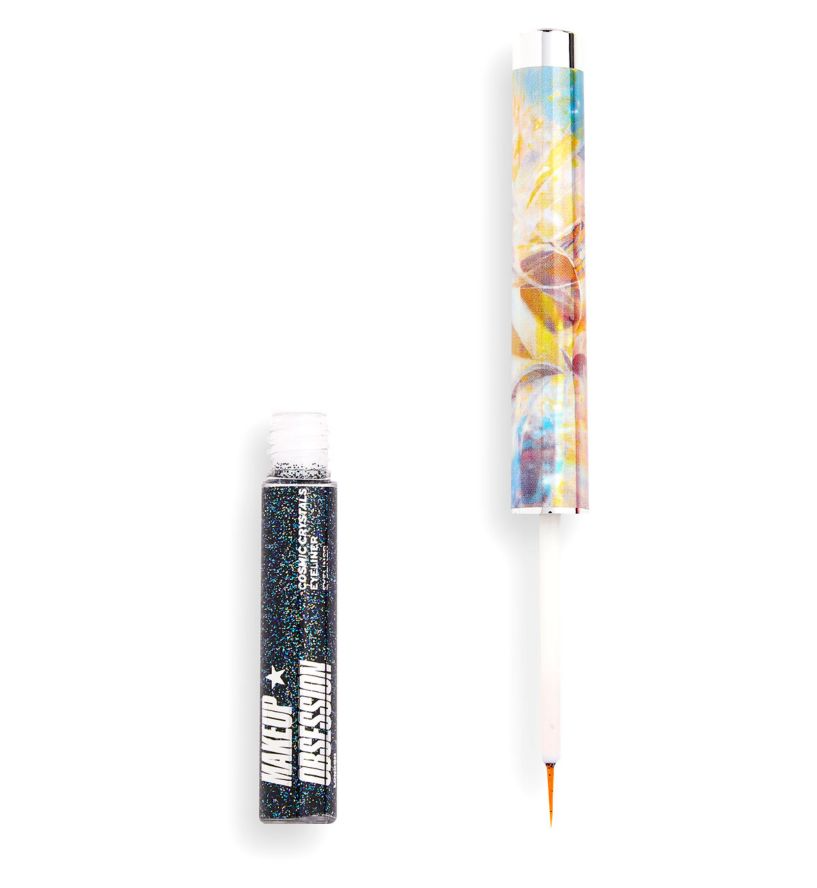 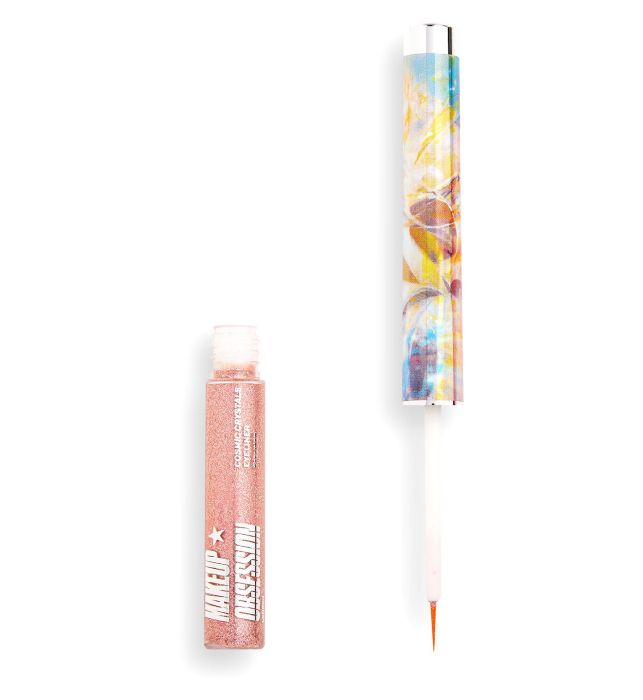 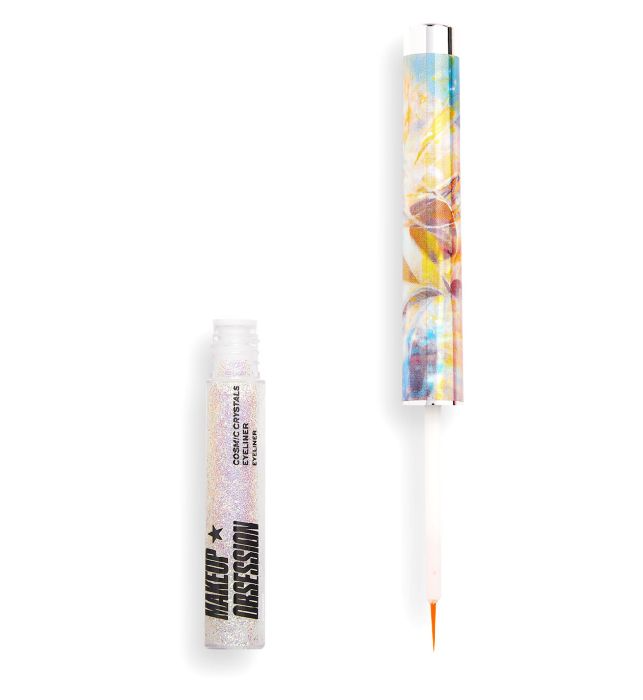 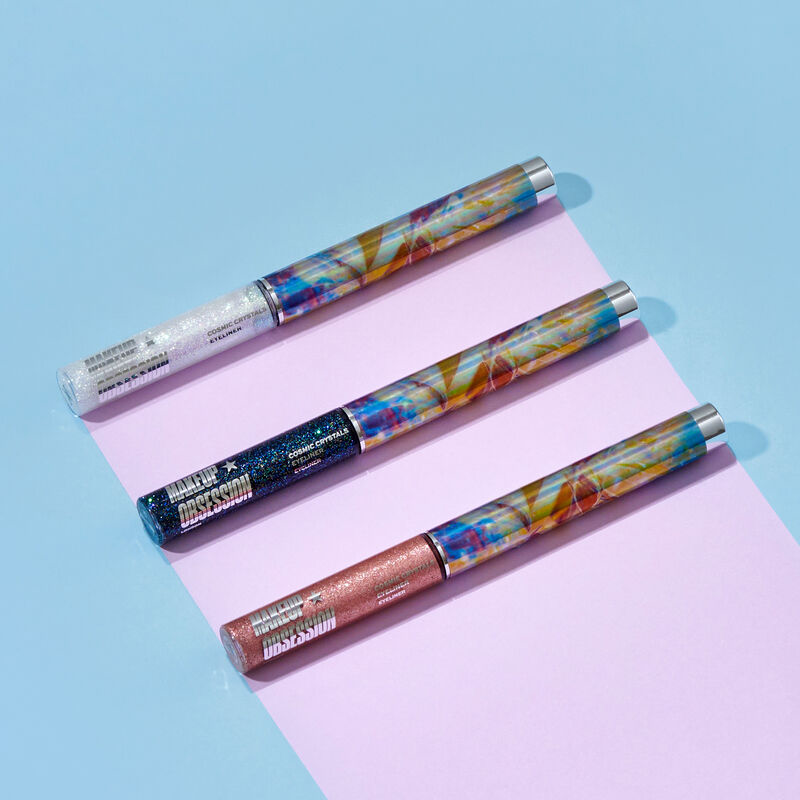 The Makeup Obsession Cosmic Crystals Glitter Liners have very fine, brush applicators allowing you to create very precise lines and wings. I think the brush on these Revolution glitter liners looks better than the Urban Decay ones, and I own a few. 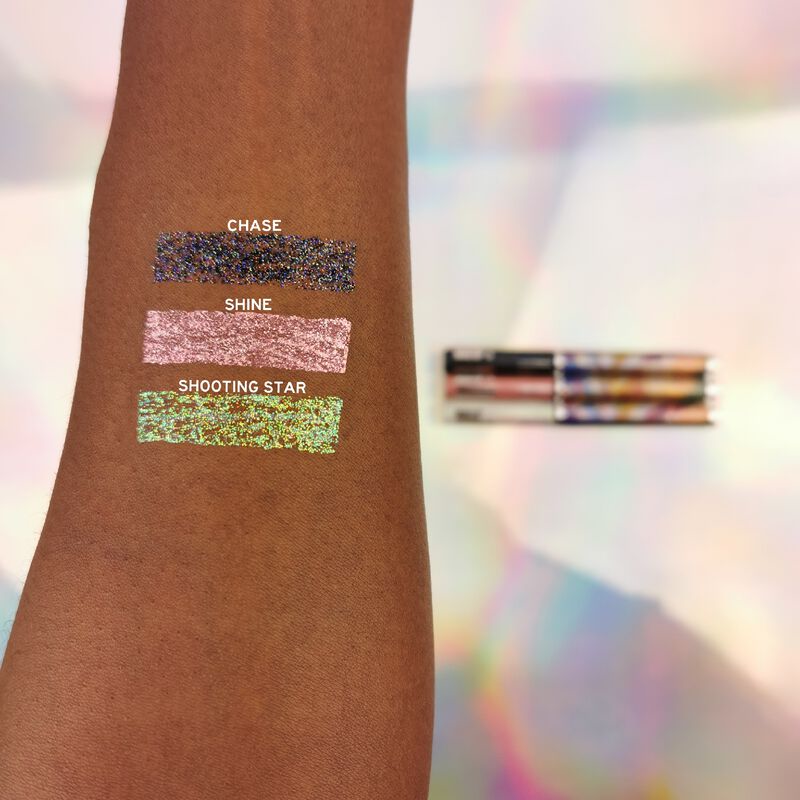 Just like the lip toppers in this collection, all three glitter liners have a special ‘cosmic' design wrap around the lid, and they all look very pretty. I particularly like the look of Shooting Star, as it looks like the kind of shade you could apply over the top of any eyeshadow shade for a touch of iridescent sparkle.

All images belong to Makeup Obession.