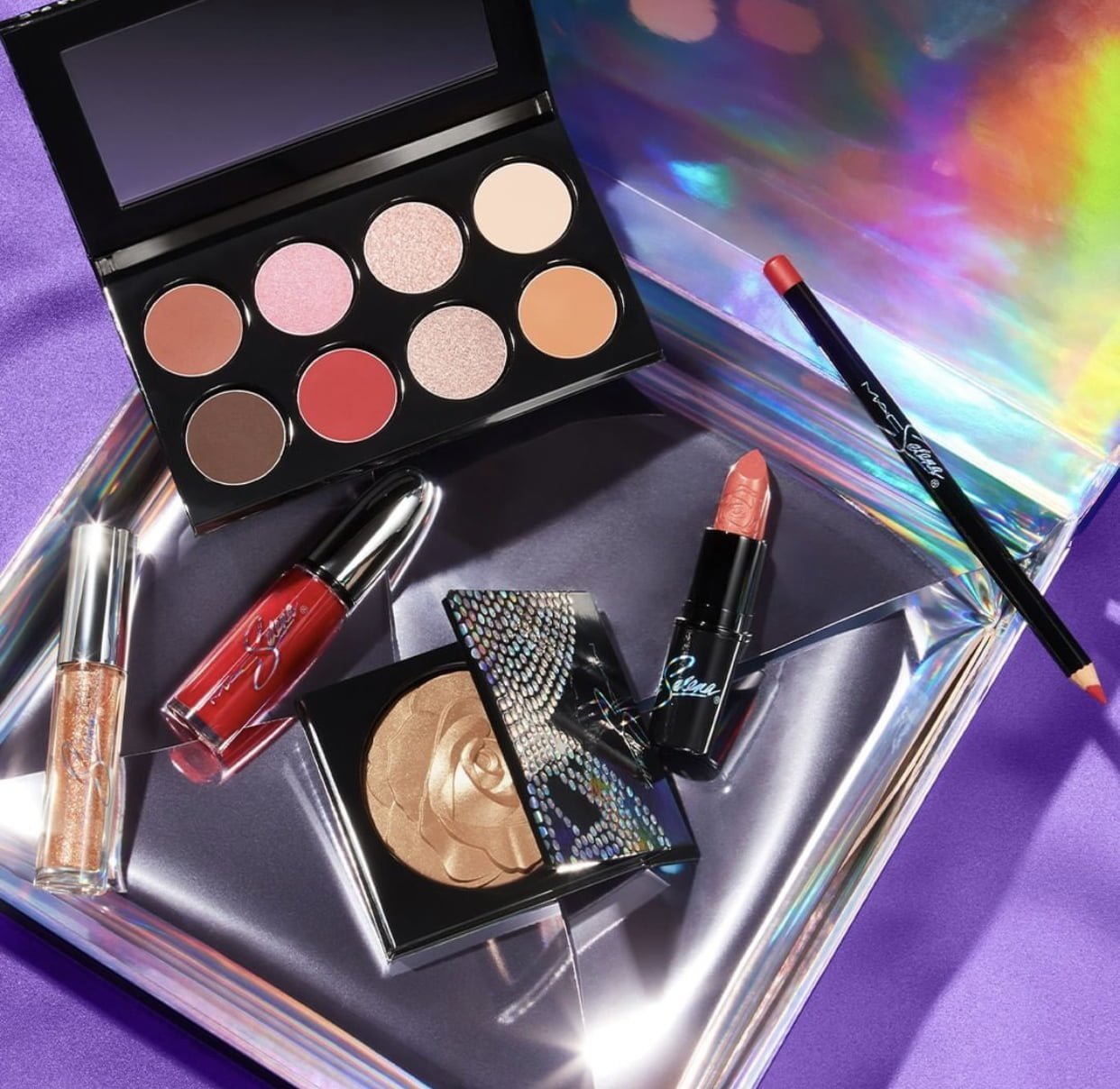 MAC announced yesterday that they were launching a part two of the iconic MAC Selena Makeup Collection. In February 2015, fans of Selena started an online petition to encourage MAC to create a collection in honour of the late Selena Quintanilla, to coincide with the 20th anniversary of her death. (Find the exclusive link to see the collection FIRST right here) 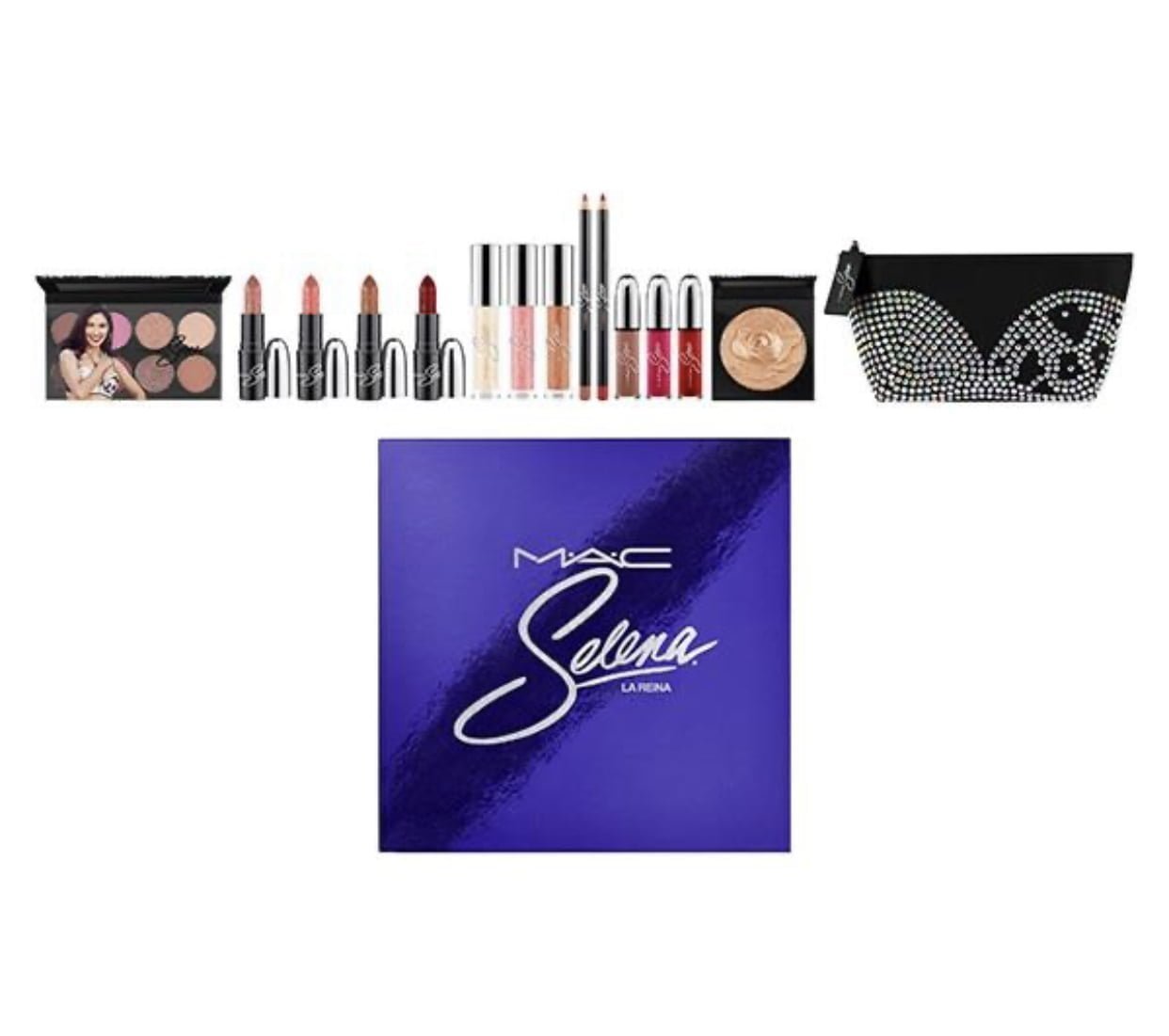 Whenever anyone posts about the MAC Selena Makeup Collection on Instagram, there’s so many comments on the launch so it’s going to be a guaranteed sell out just like the original!

**MAC are doing an MAC Selena Makeup Collection announcement on their Instagram page on Monday the 6th of April 2020 regarding the vault.** 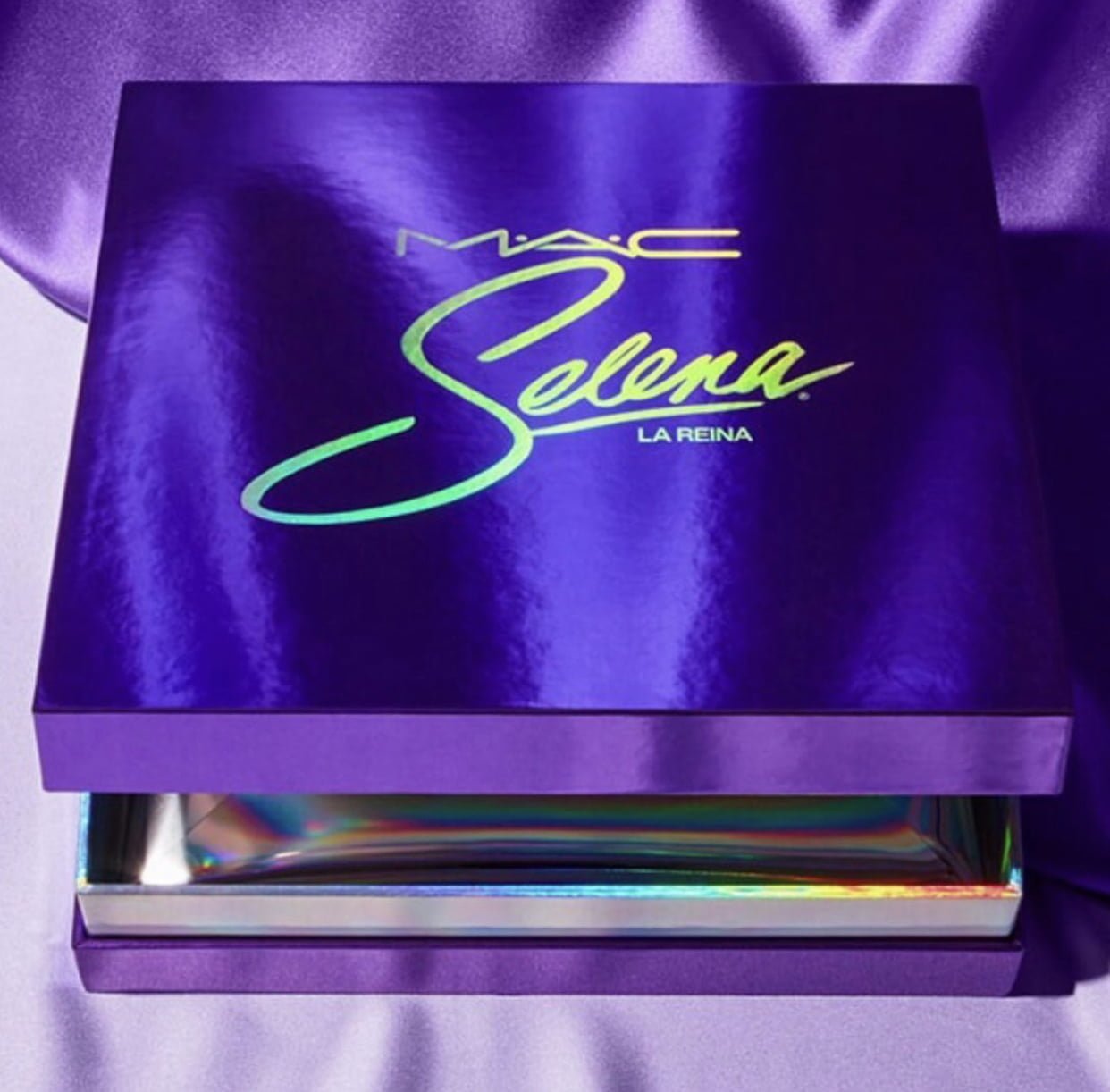 The original collection launched in 2016 and it was an immediate sell out, and the Quintanilla family and MAC announced the second part of their collaboration, the Selena La Reina Collection.

Which translated, means Selena the Queen. Keep on reading to hear all about the products within the MAC Selena Makeup Collection, which is launching this month! 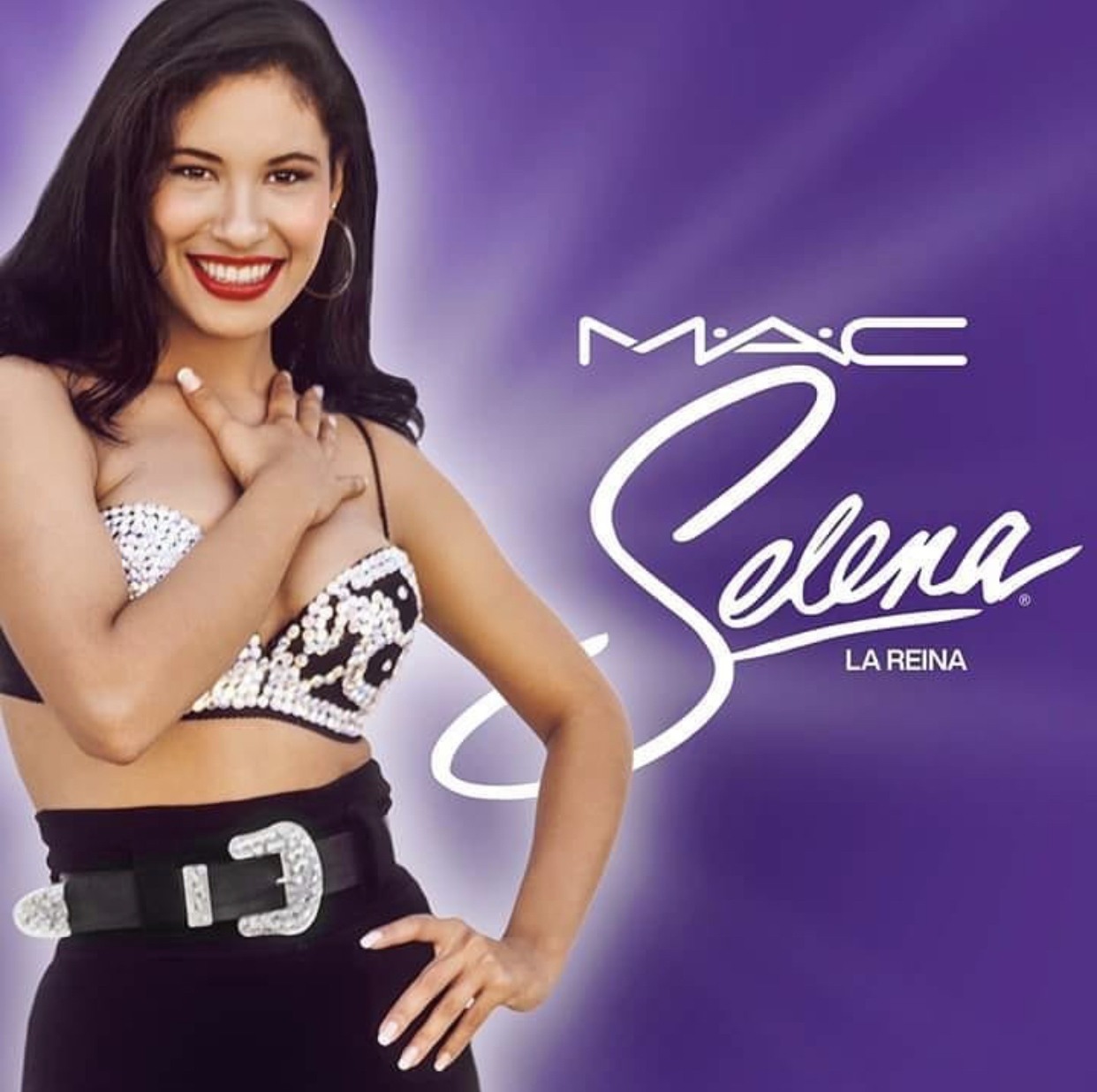 “For Quintanilla and her family, the collection is a chance to connect with the younger generation that sadly never got to experience Selena in person.

“We’re in a whole new generation, and they’ve embraced her and they talk about her not just as an artist, but as a role model and what she represents to who we are as Latinos.

She was an amazing artist, a great role model, a sweet person, and a real person,” says Quintanilla. “People, especially Latinos, can look at her and think ‘she’s me.’ 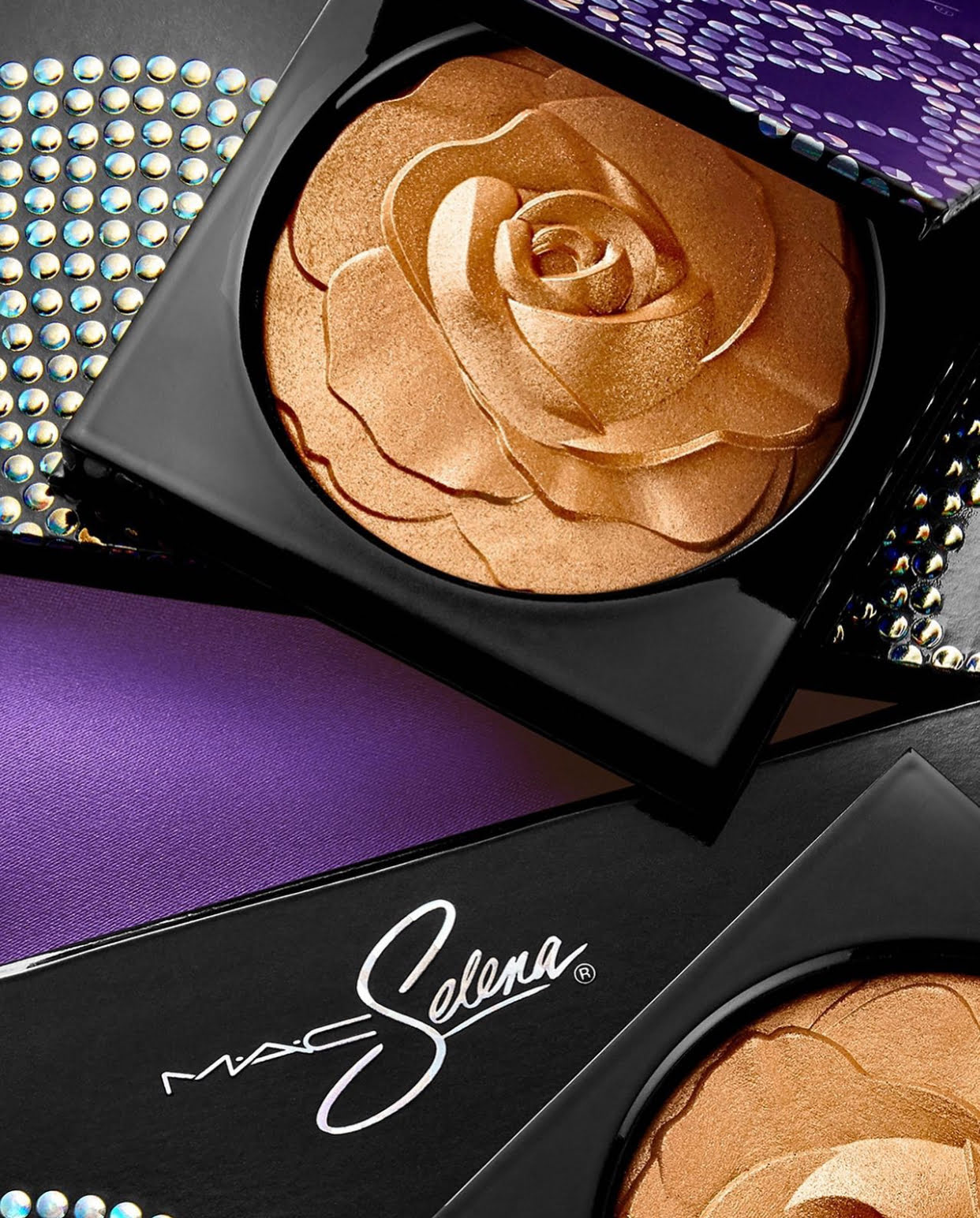 “Star-powered shine can’t be kept under wraps. Start your wish-list with Extra Dimension Skinfinish / Selena La Reina, a rich gold pearlescent liquid-powder highlighter that adds the ultimate glow to skin. Instantly swipe it on with our new virtual try-on.”

The products within the MAC Selena Makeup Collection are yet to be fully revealed, but MAC have announced the return of a product that featured in the first collection; the Bidi Bidi Bom Bom Lipglass, a bubblegum pink lip gloss with a pearlescent sheen. 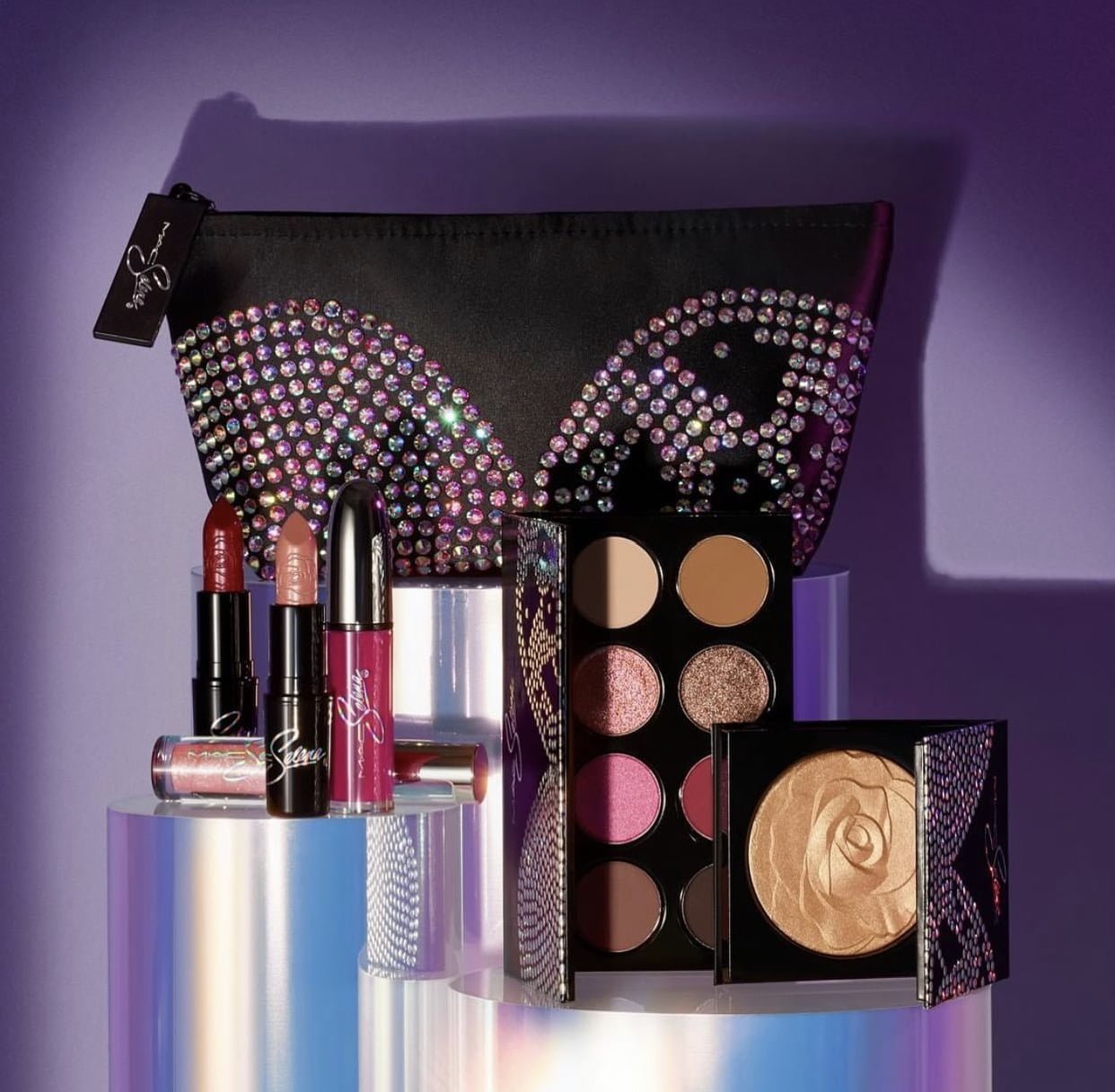 MAC have announced they are selling the MAC Selena Makeup Collection as a whole collection vault for $300 inside the beautiful purple presentation box which will be a must for all collectors and Selena fans. So what will the vault include? 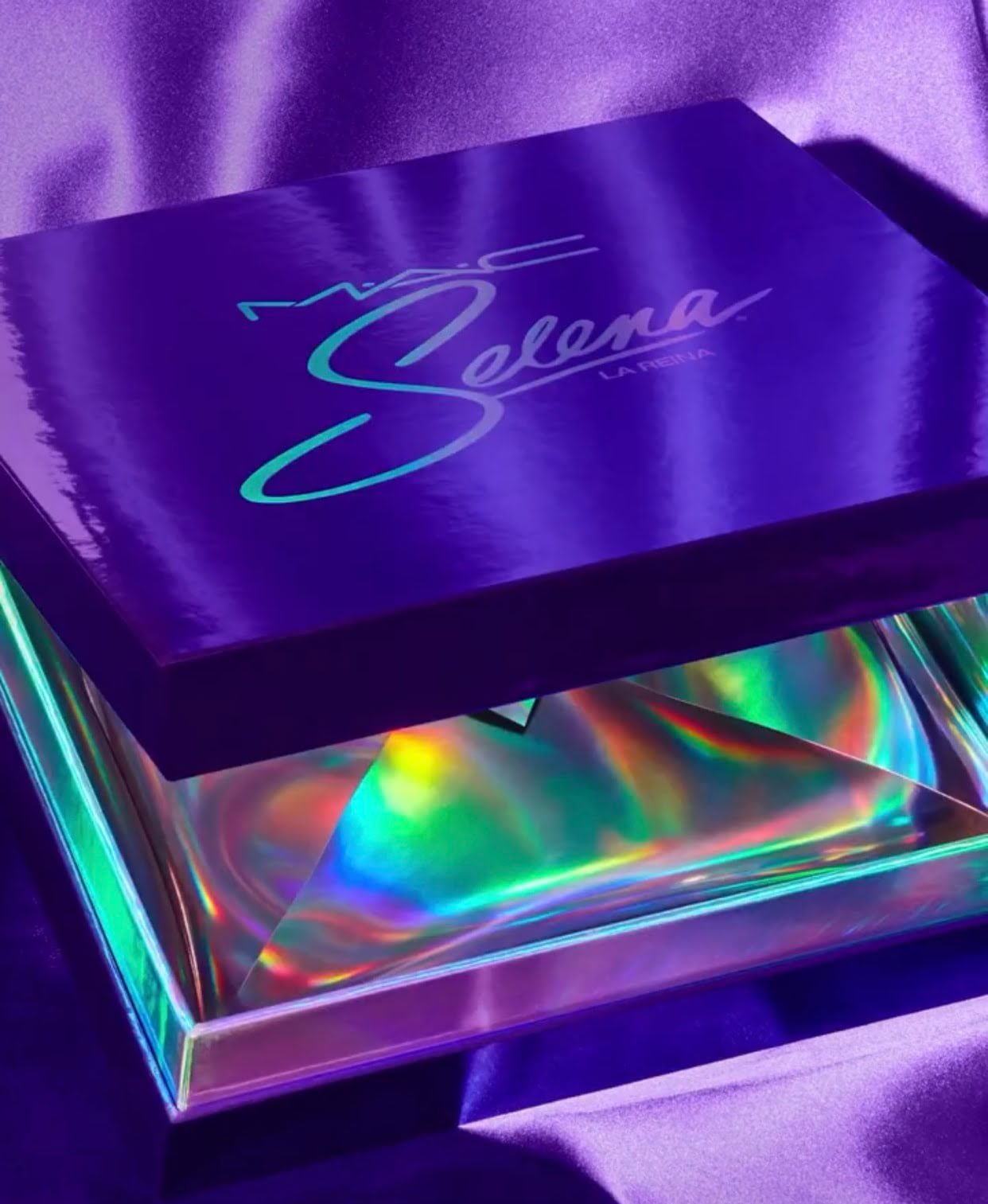 They have also teased another product now too, the incredibly beautiful rose embellished Extra Dimension Skin Finish that honours ‘Selena’s endless shine’. Just look how stunning it is?! 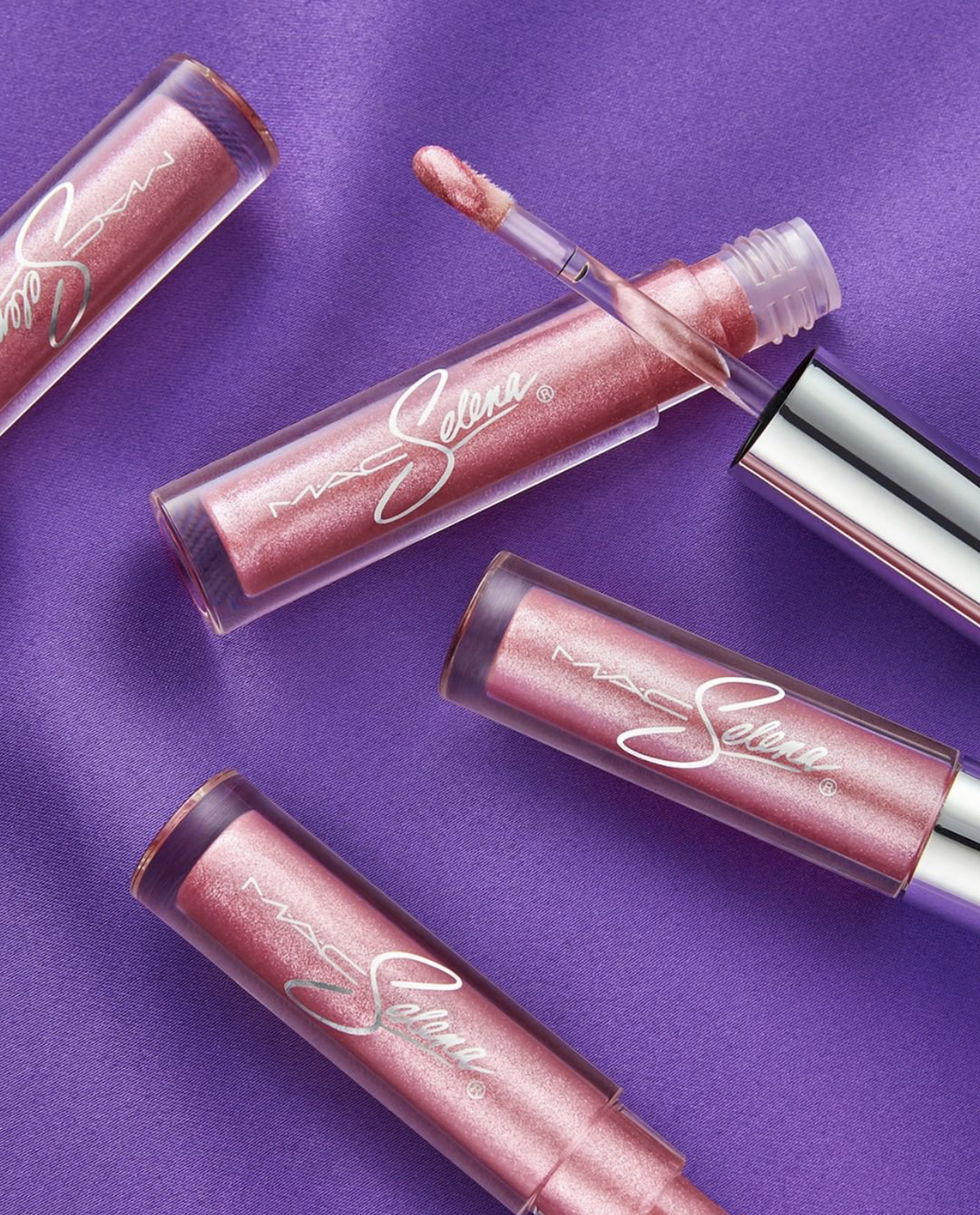 If you missed the lip gloss within the original collection, the new collection which launches in April will be the perfect opportunity to snap it up once more. 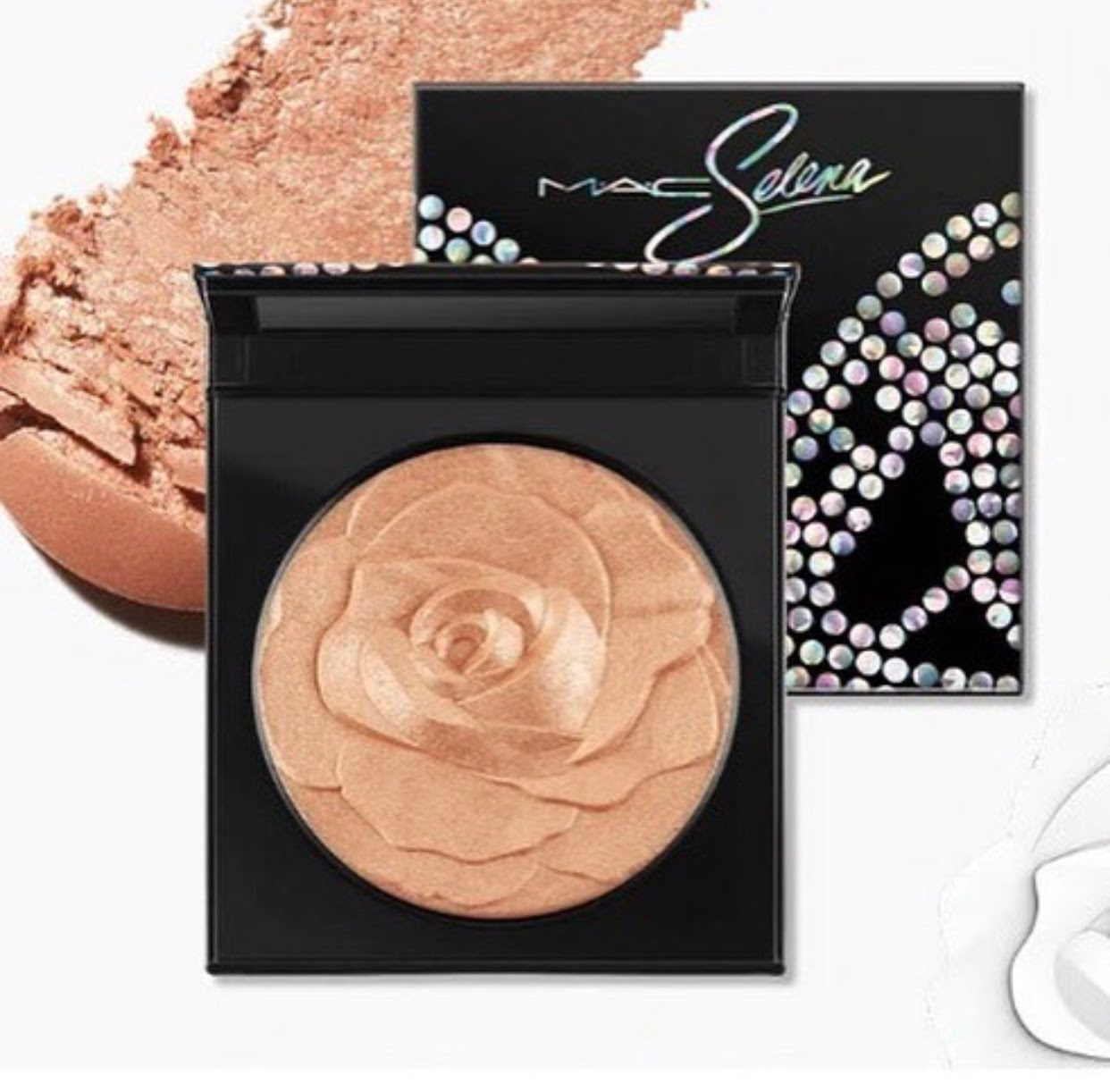 I didn’t purchase anything from the original MAC Selena Makeup Collection but I’m tempted by this gloss as it’s so pretty and was one of the most popular products within the original launch, hence the return within the new collection. 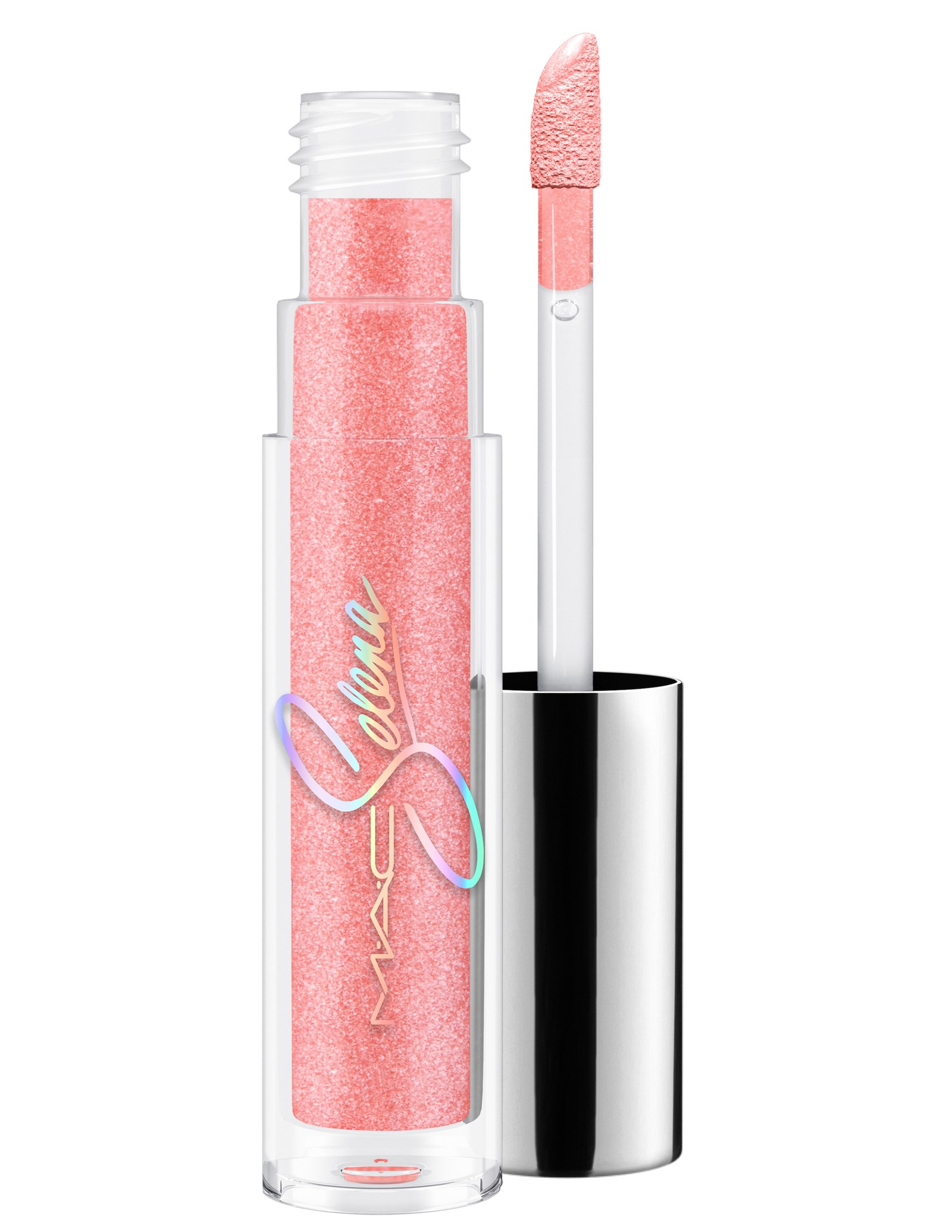 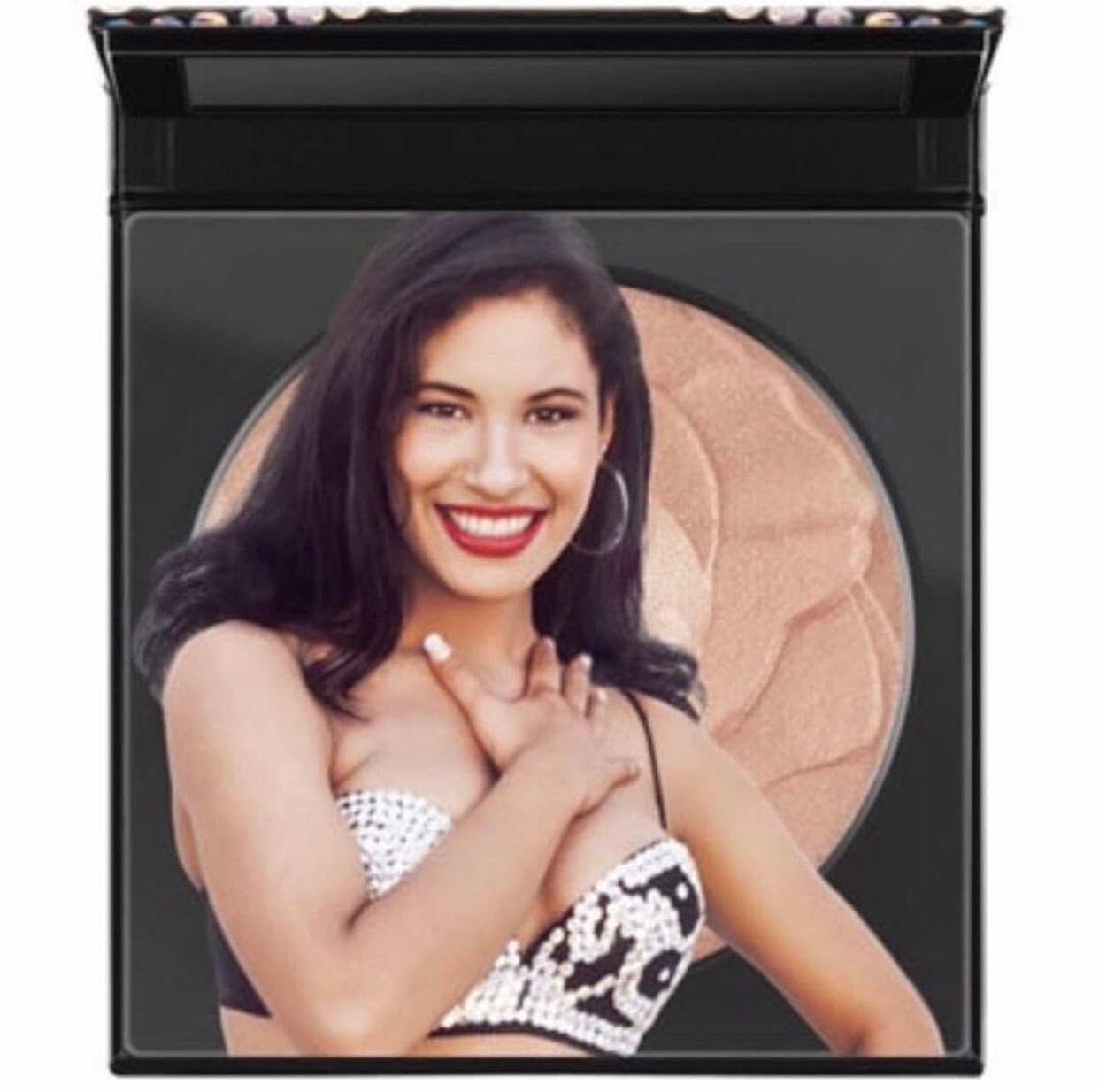