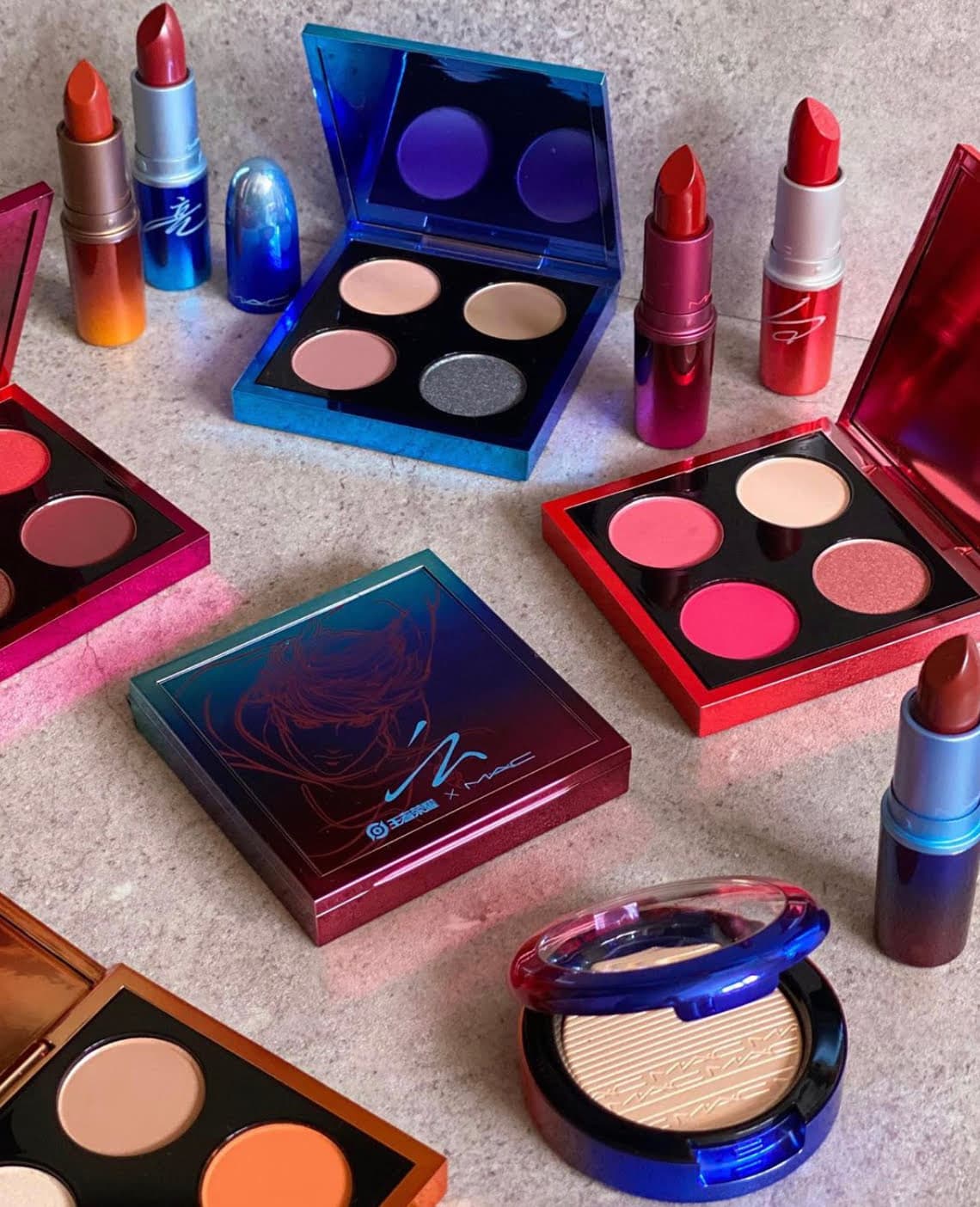 If you’re a MAC fan, it’s hard to keep up with their new collections. Especially when some are country specific. 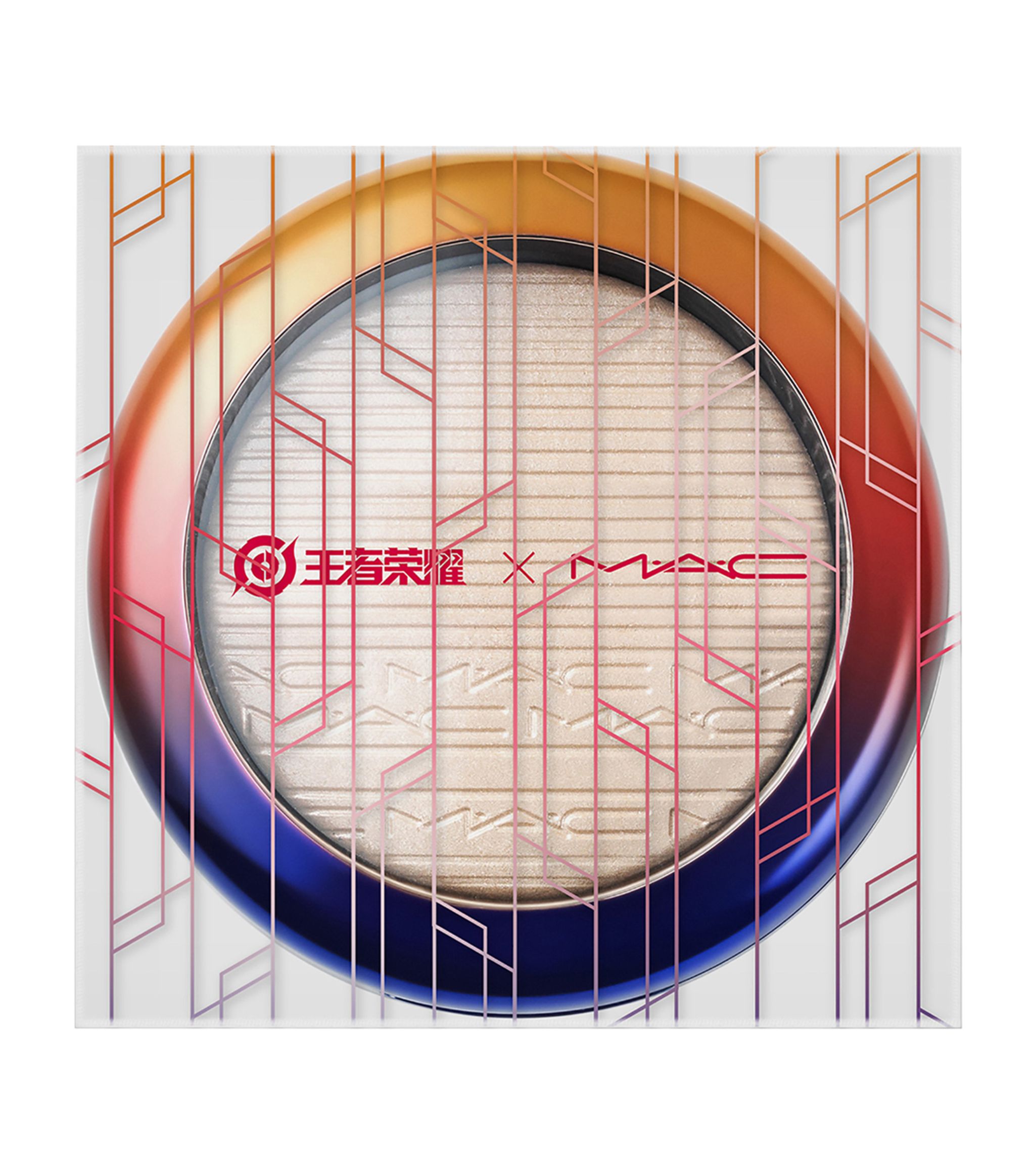 Honor of Kings is a multiplayer online battle arena developed by TiMi Studios and published by Tencent Games for the iOS and Android mobile platforms, exclusively for the Chinese market. 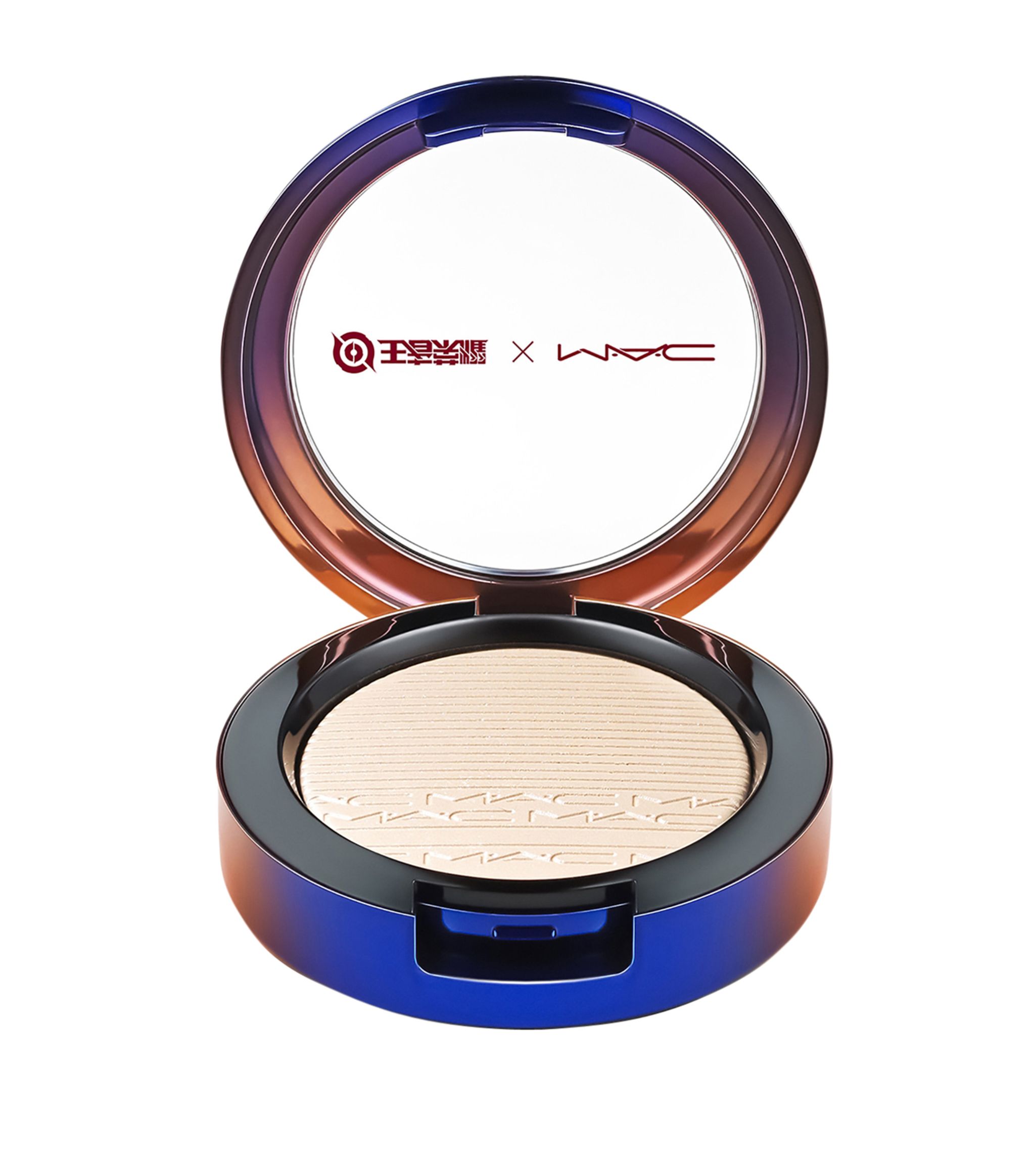 It’s a super popular game, so it’s amazing that MAC were able to develop a collection themed on the popular game.

It was just an Asia exclusive, and many MAC fans were worried that the collection wouldn’t reach UK or US soils, but it has which is fab for MAC fans, especially as the collection features special limited edition packaging. 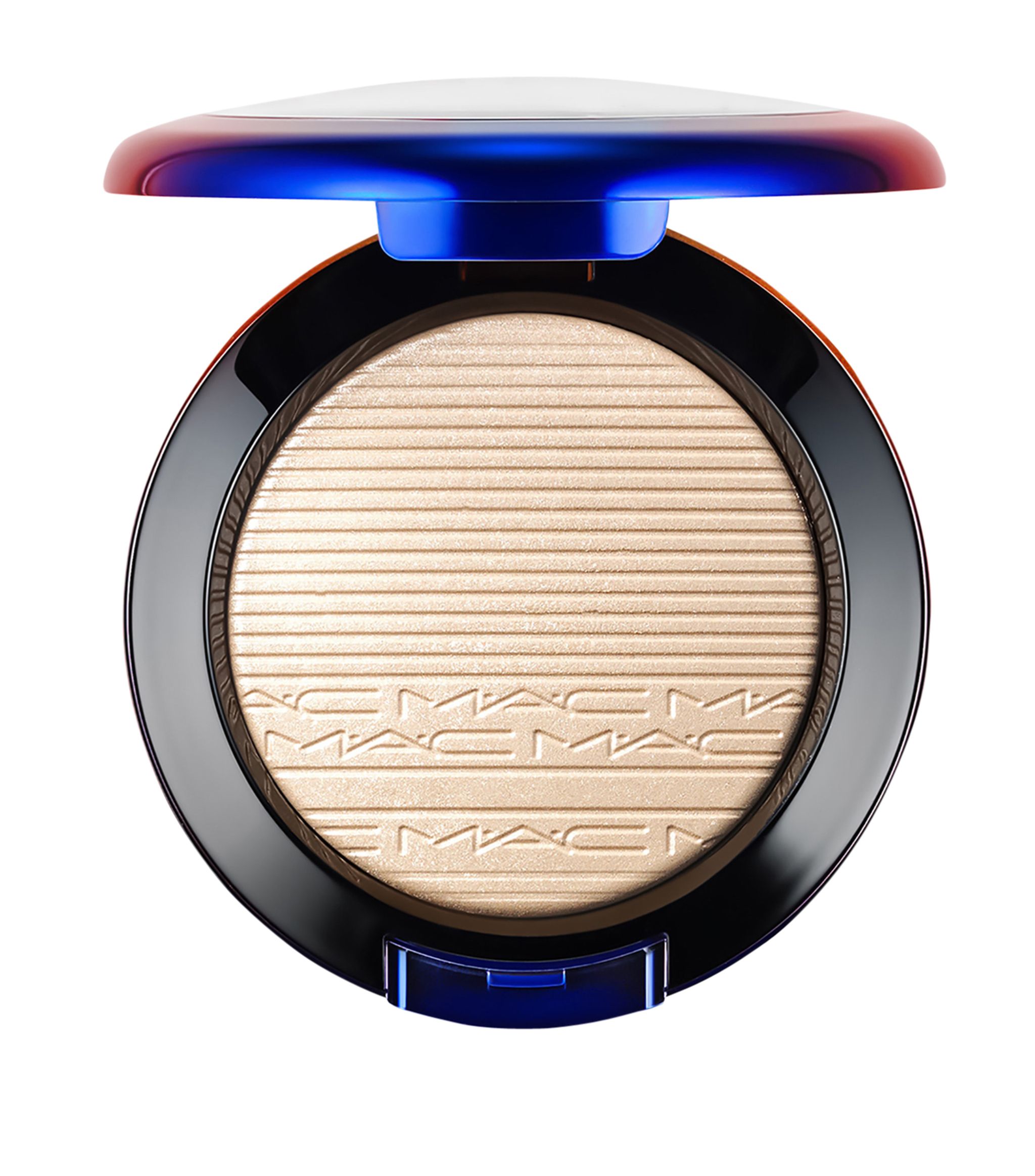 These must-have makeup staples have a range of shades perfect for both glamorous and everyday looks that can be mixed and matched to create infinite colour combinations.“ 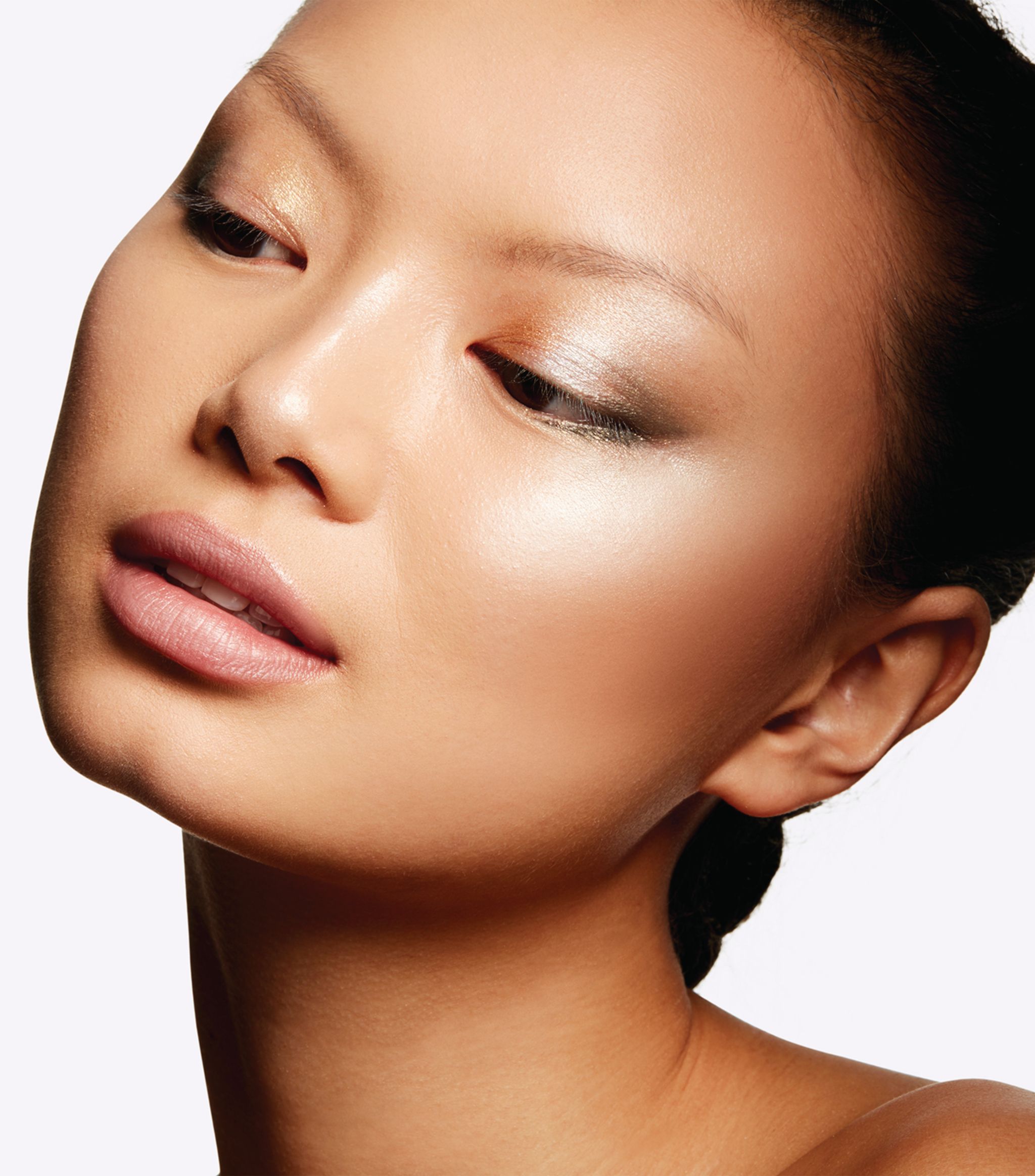 The MAC Honor of Kings Extra Dimension Skinfinish is in the shade Double Gleam which is a permanent shade, and is described as being a beige that breaks silver.

I own Double Gleam from the permanent line, and it’s absolutely stunning and such a universally flattering shade for many skintones.

This packaging is just gorgeous, with a gold, red and blue ombré design and a clear window with the Honor of Kings logo next to the MAC logo.

If you’re a fan of the Honor of Kings game, the MAC Honor of Kings Extra Dimension Skinfinish would be an amazing piece to own, but there’s also eyeshadow quads, lipsticks and more too. It will sell out quickly as the collection has special packaging, but it’s available right now.