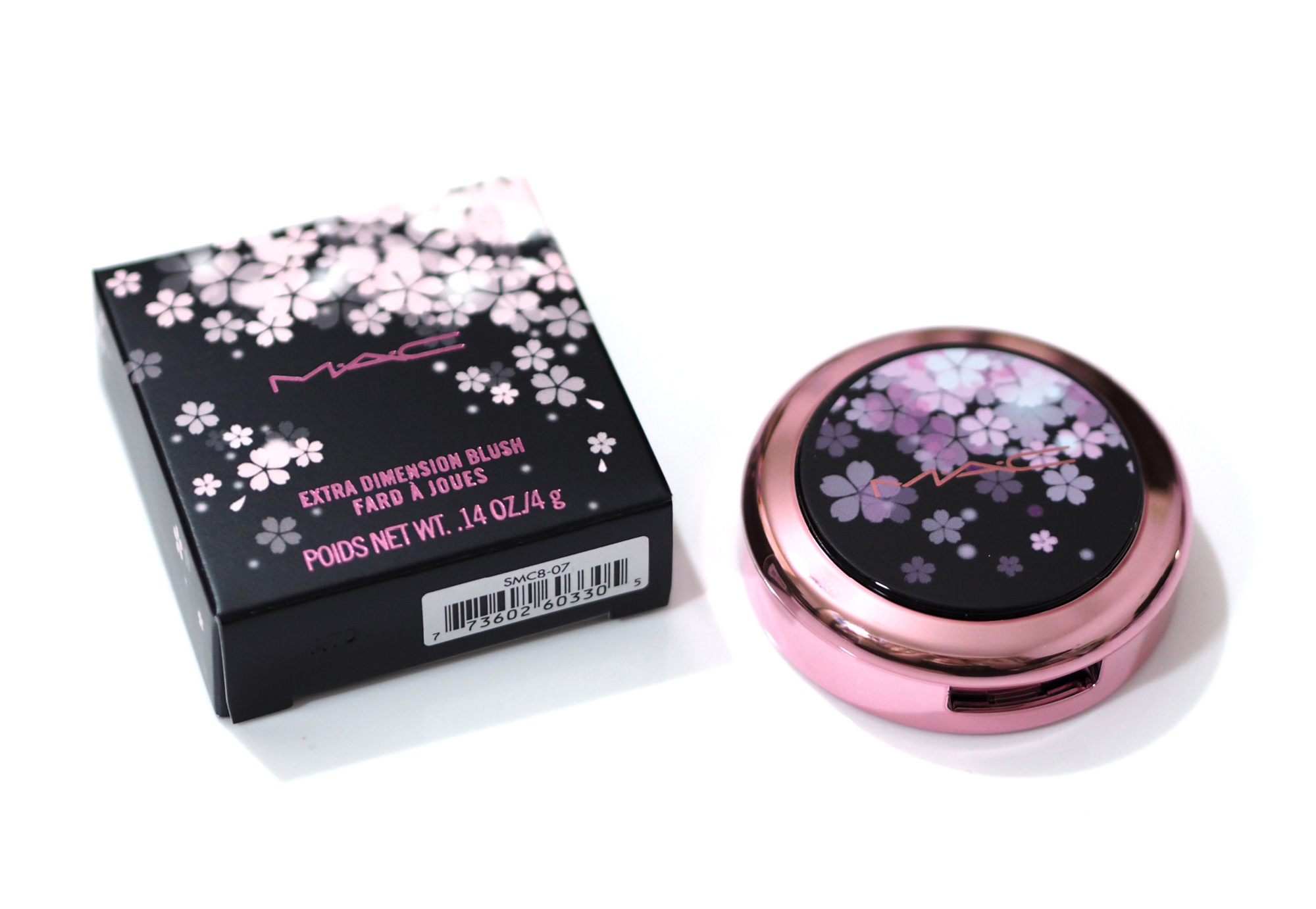 “Take your look whichever way the wind GLOWS with Extra Dimension Blush in four sakura-inspired, second-skin shades that reflect the light – and last all night!

This modern hybrid blush combines the smoothness of a cream, blendability of a liquid and finish of a powder with long-wearing colour and prismatic reflections. Specially housed in limited-edition, moon-bloom packag-ing.“ 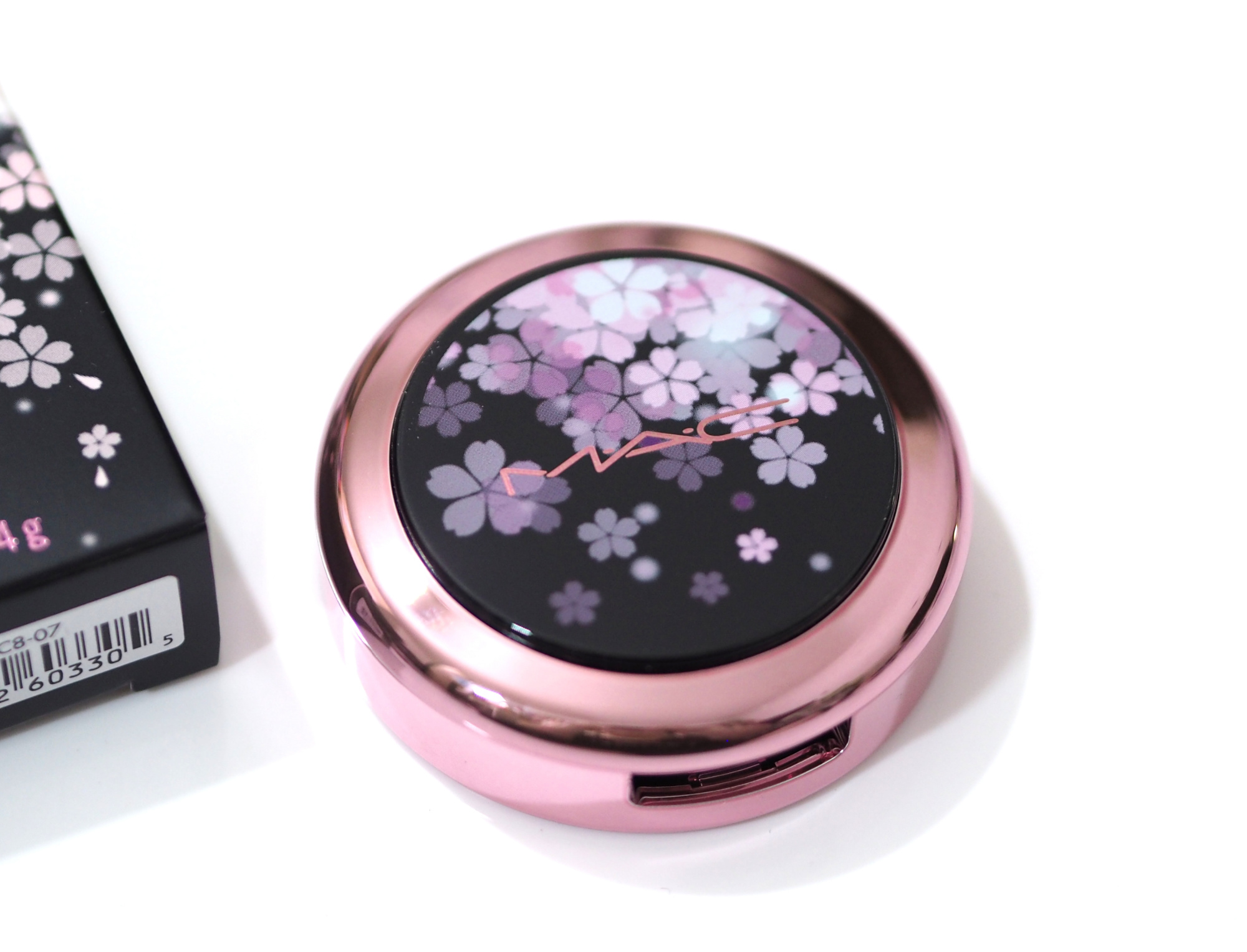 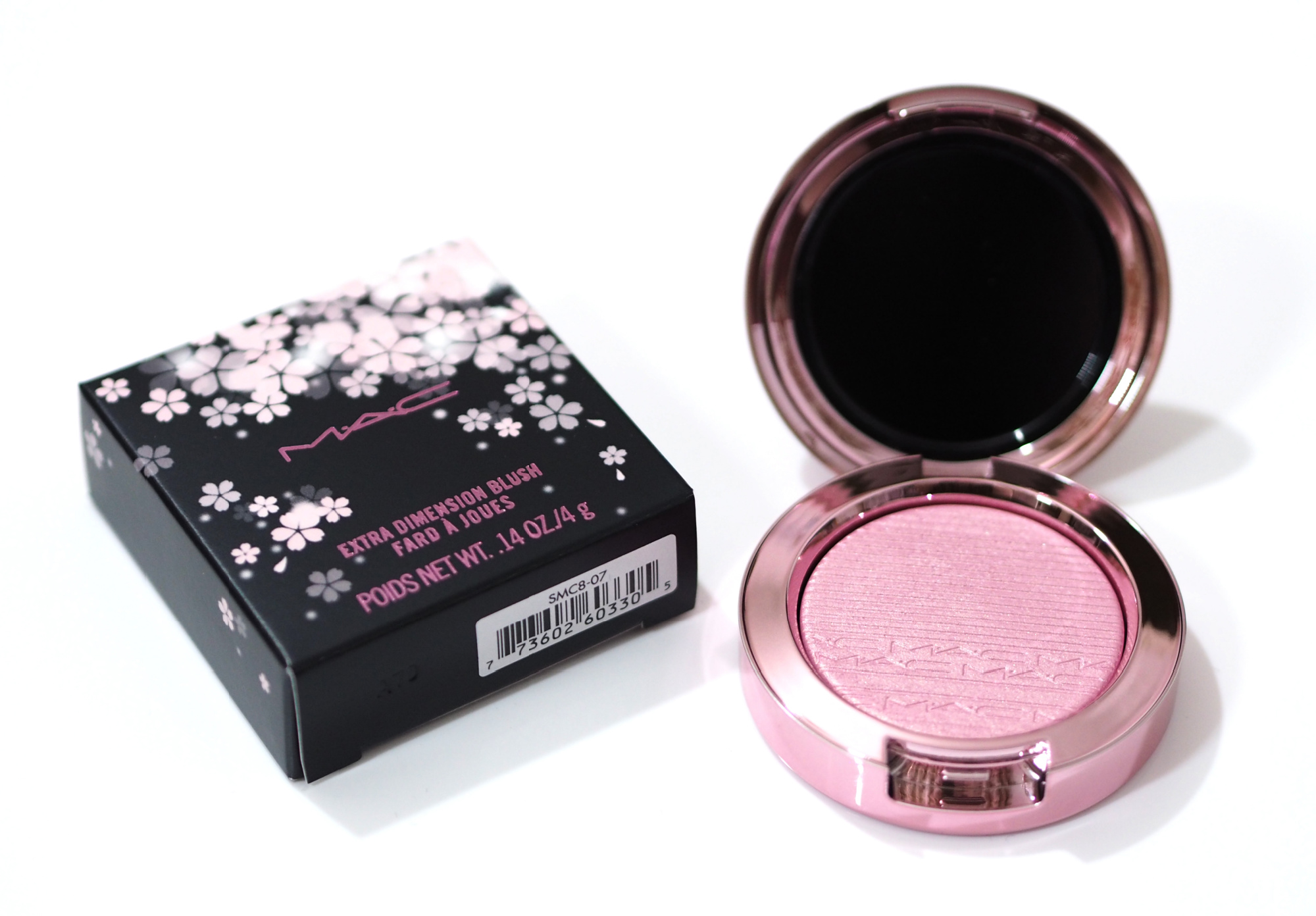 They have all feature pink chrome packaging, with a black circular lid featuring falling Sakura pink and white blossom petals. It just looks so pretty, and perfect for spring. There’s no mirror inside the lid on these blushes, but they look simply stunning. 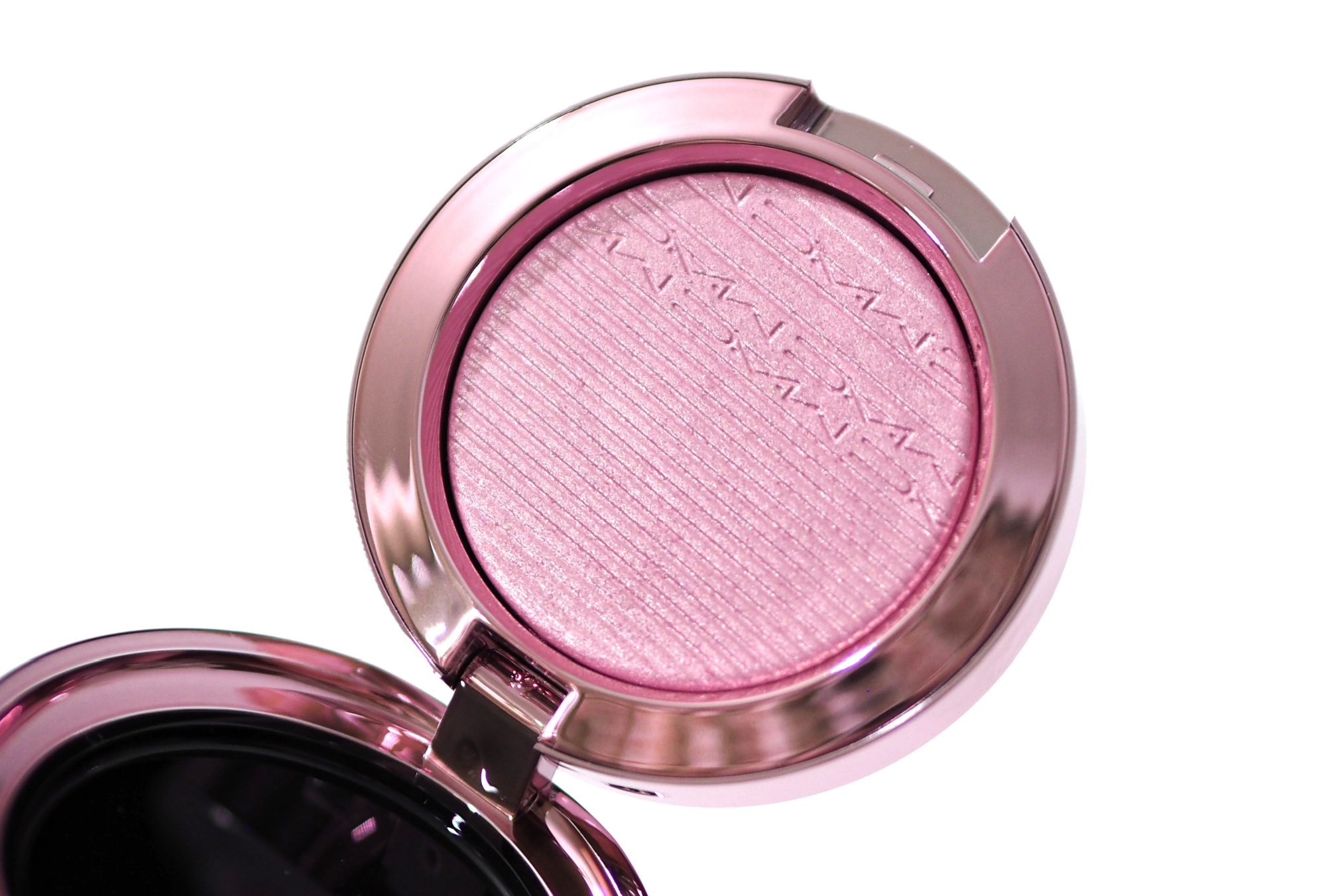 If you’ve never tried the MAC Extra Dimension Blush formula before, they’re described as having a hybrid formula with prismatic reflections. They’re all shimmery blush shades, but it’s what I’d describe as being flattering shimmer. 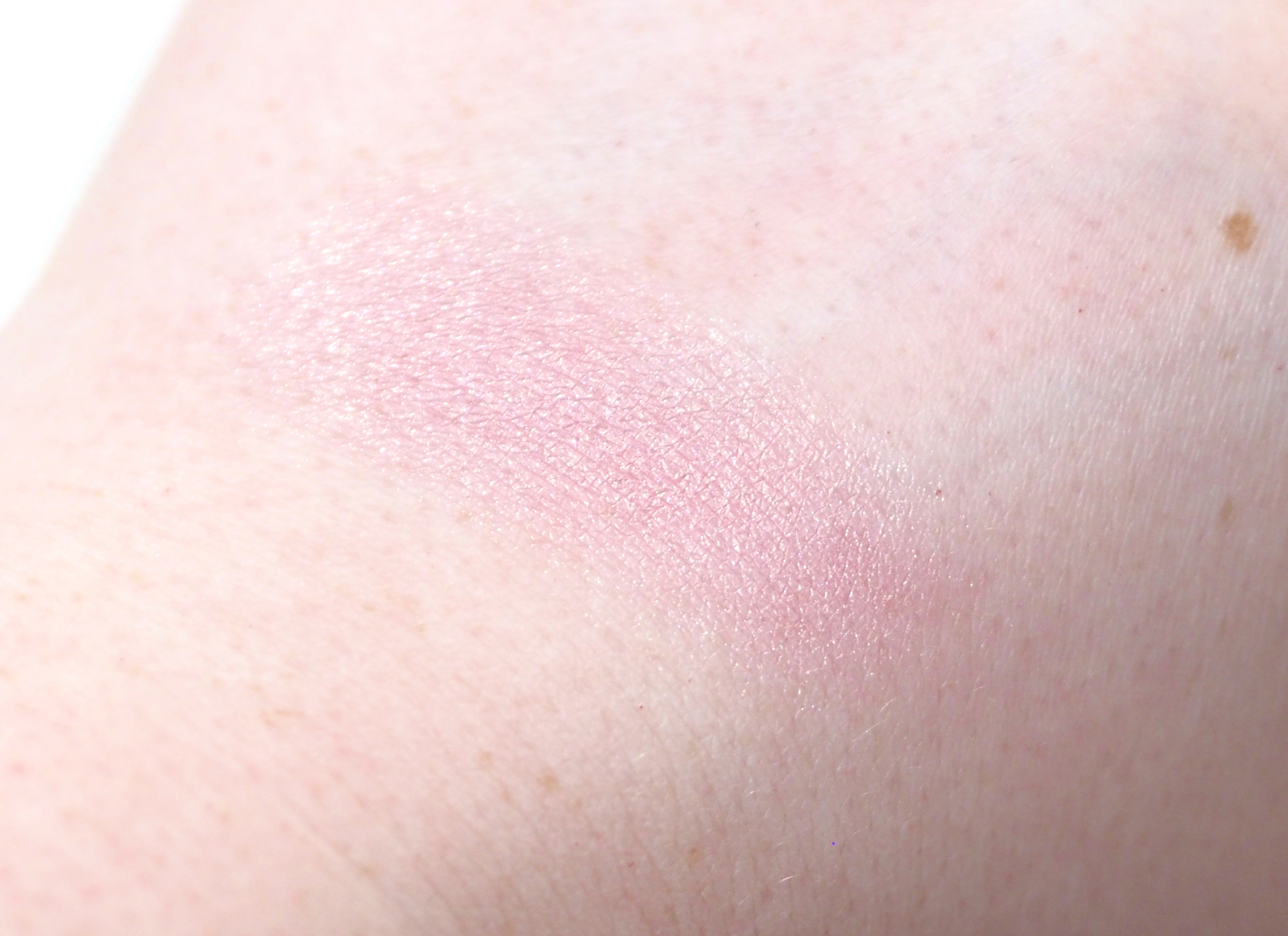 The MAC Black Cherry Dilly Dolly Extra Dimension Blush is described as being a ‘light pink’ by MAC, which isn’t particularly descriptive, nor does it do the shade justice either.

It’s a very pale blusher, and that works beautifully on my very pale skin, but I feel like it could look a little Barbie-esque on skintones deeper than mine, as it is so cool toned. I also find that Dilly Dolly is more shimmery and metallic than Room To Bloom from the same collection, but it’s still a beautiful blusher, and one I’ve worn a lot this spring.