Lancome has launched an Emily In Paris limited edition collection as part of their holiday collection, and the Lancome x Emily In Paris Eyeshadow Palette is just one of the products within the special collection.

We’ve seen so many collaborations launch this year, but Lancome haven’t really done a collaboration like this before, so it’s intriguing to see something a little different from a brand like Lancome. 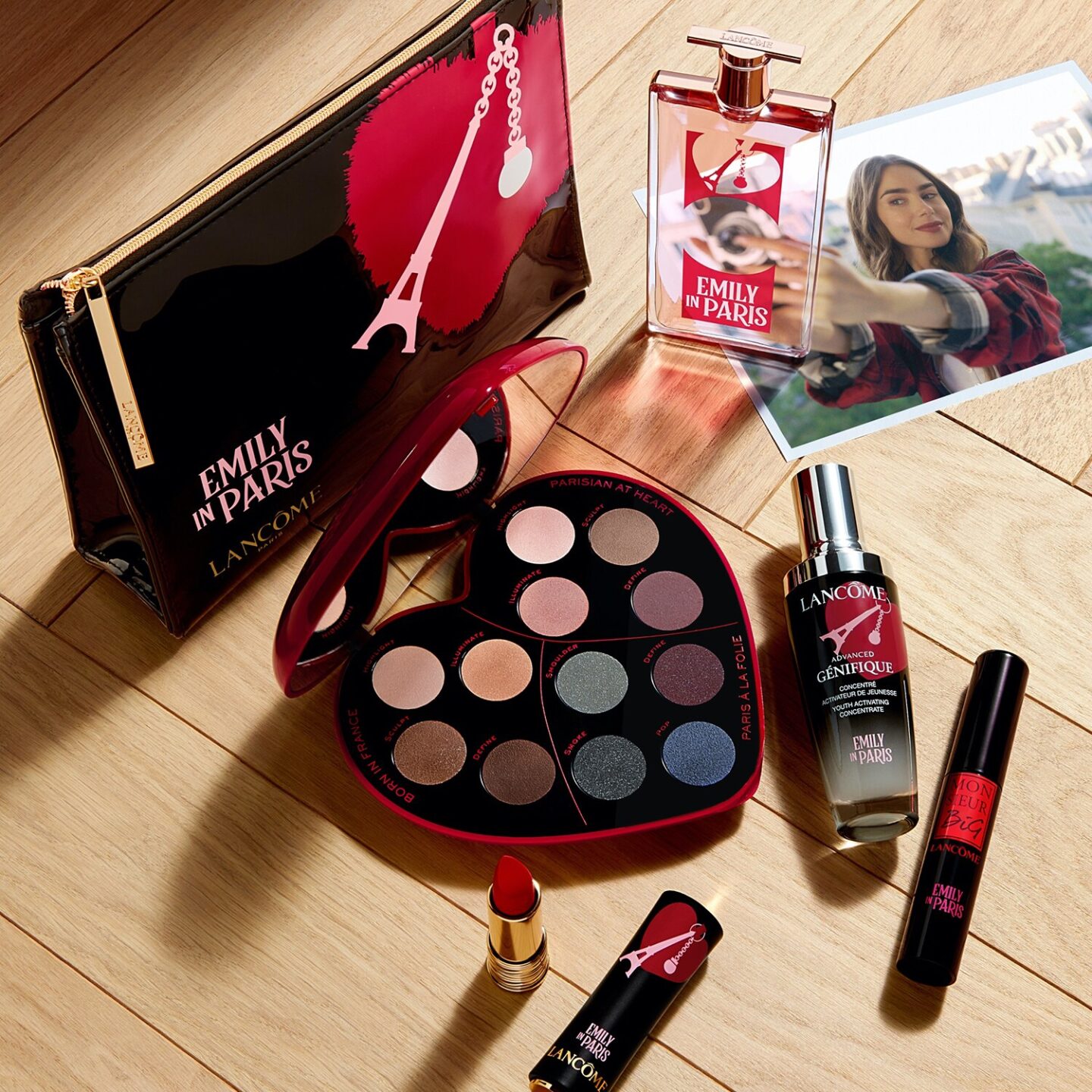 Emily In Paris  is an American-French comedy-drama Netflix series created by Darren Star, which premiered back in October 2020. It’s been a super popular series, and this collection has been created themed around that series. The Lancome x Emily In Paris Eyeshadow Palette is $45 / €57, and features a cute heart shape to the compact, in a red design with a raised Lancome rose logo on the top, and a gold foil Eiffel Tower. Inside the palette, there are twelve powder eyeshadows, and the shades are laid out in three different quads to help you create different makeup looks, and each quad features shades to use for different parts of the eye makeup look, and are named after where they could be used on the eyes. The swatches of the Lancome x Emily In Paris Eyeshadow Palette look pretty good. Lancome eyeshadows as a whole, can be quite sheer and underwhelming, but all twelve shades look great, but it’ll be interesting to read some reviews once it launches globally, but right now you can find it right here.

Thank you so much @snoopycoupon for the beauty news!