When Jeffree announced his new Blood Money collection, he revealed that he was launching Jeffree Star Cosmetics Winter Mystery Boxes in early December.

Usually Jeffree launches a round of mystery boxes in November to celebrate his birthday and the holidays, but this year, he did an epic range of Halloween Mystery Boxes, so he decided to leave it a couple of months and go all out with the Jeffree Star Cosmetics Winter Mystery Boxes. 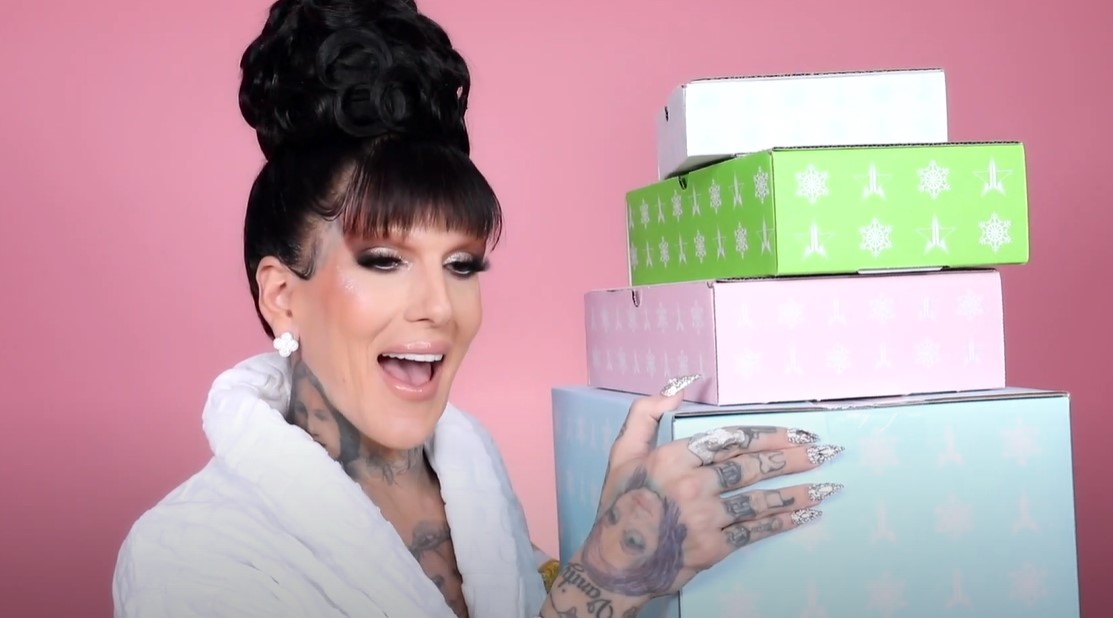 When Jeffree announced the Blood Money collection, there were a lot of comments on social media of people asking when the next mystery boxes were coming, so they were definitely hotly anticipated, that’s for sure. 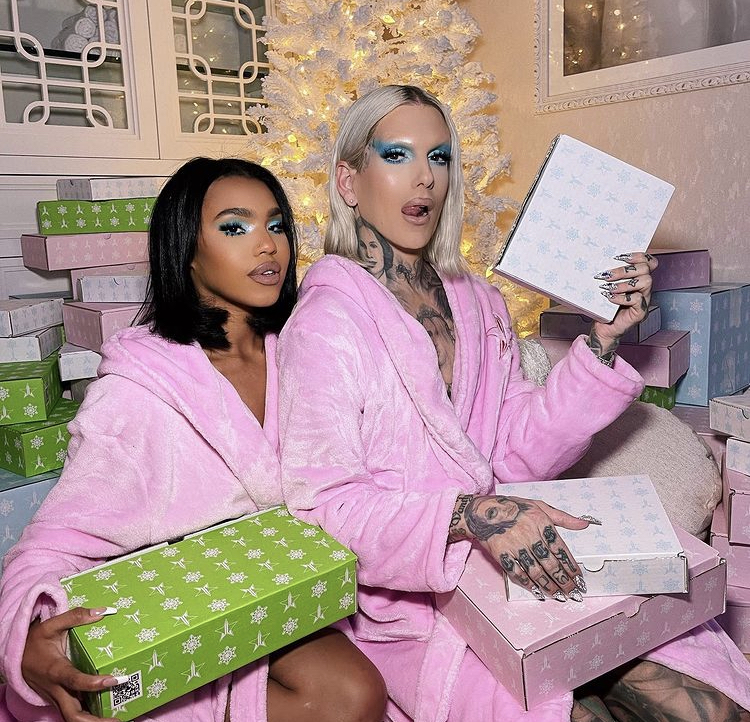 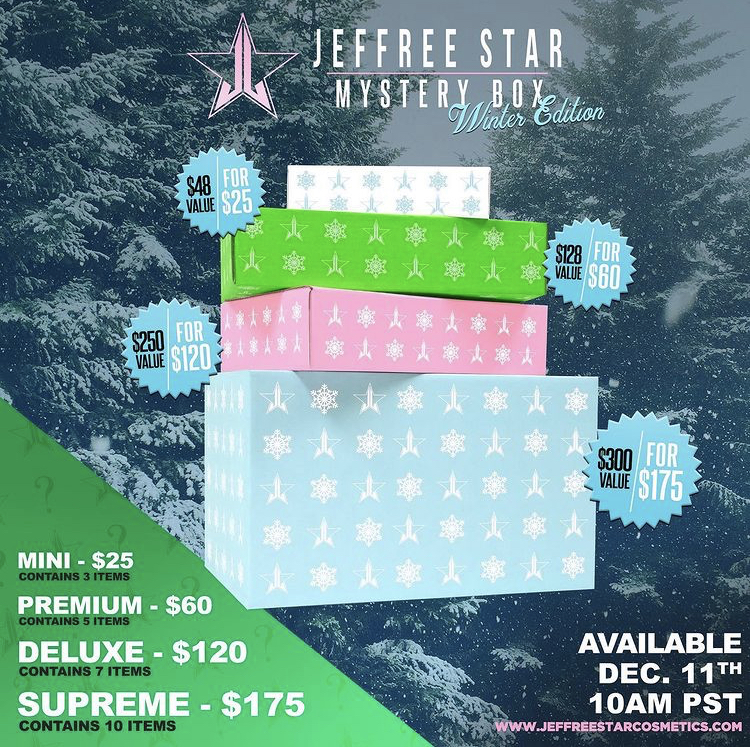 It’s been over a year since Jeffree Star launched a huge, Supreme edition of his mystery boxes, which is exciting if you’ve been patiently waiting for them to return. 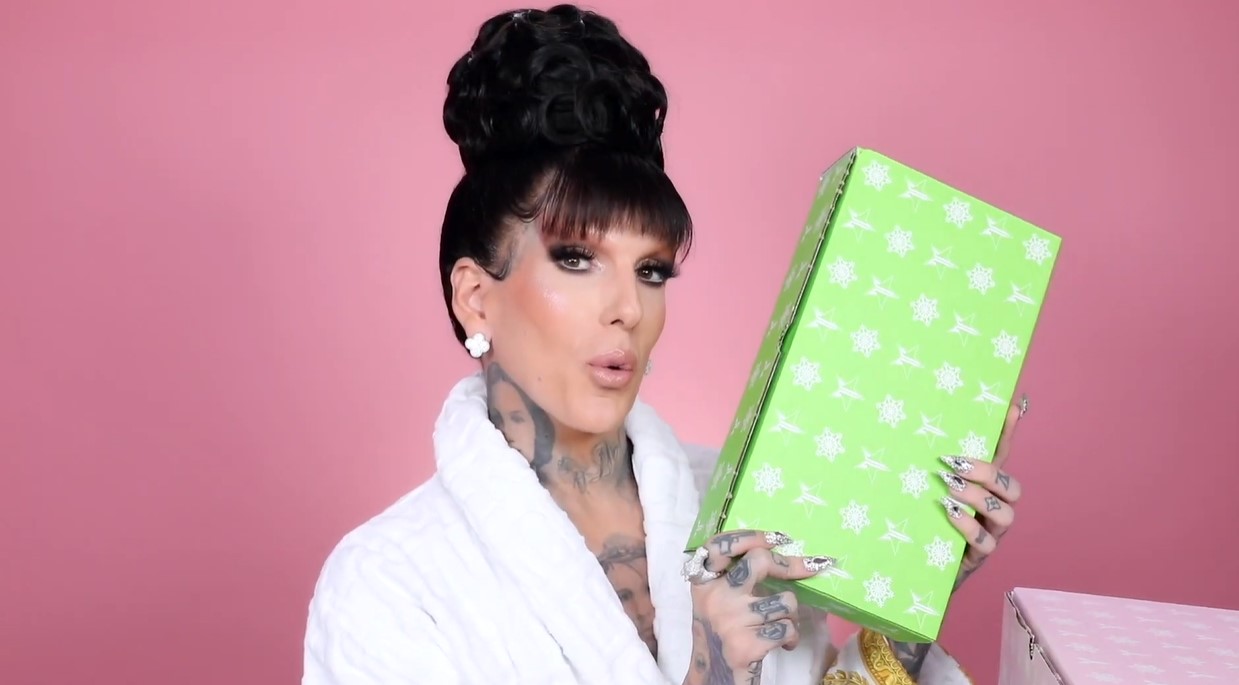 Inside the Premium, Deluxe and Supreme boxes, there will be an exciting exclusive item inside, and the Supreme box actually contains two exclusive items! The Jeffree Star Cosmetics Winter Mystery Boxes are guaranteed to sell out quickly, like they always do, and they’ll be available on the 11th of December.

All images belong to Jeffree Star.