This palette is going to be launched officially on Friday according to Jeffree, and the three highest tiers of his mystery boxes all received a Jeffree Star Cosmetics Star Ranch Eyeshadow Palette inside their box. 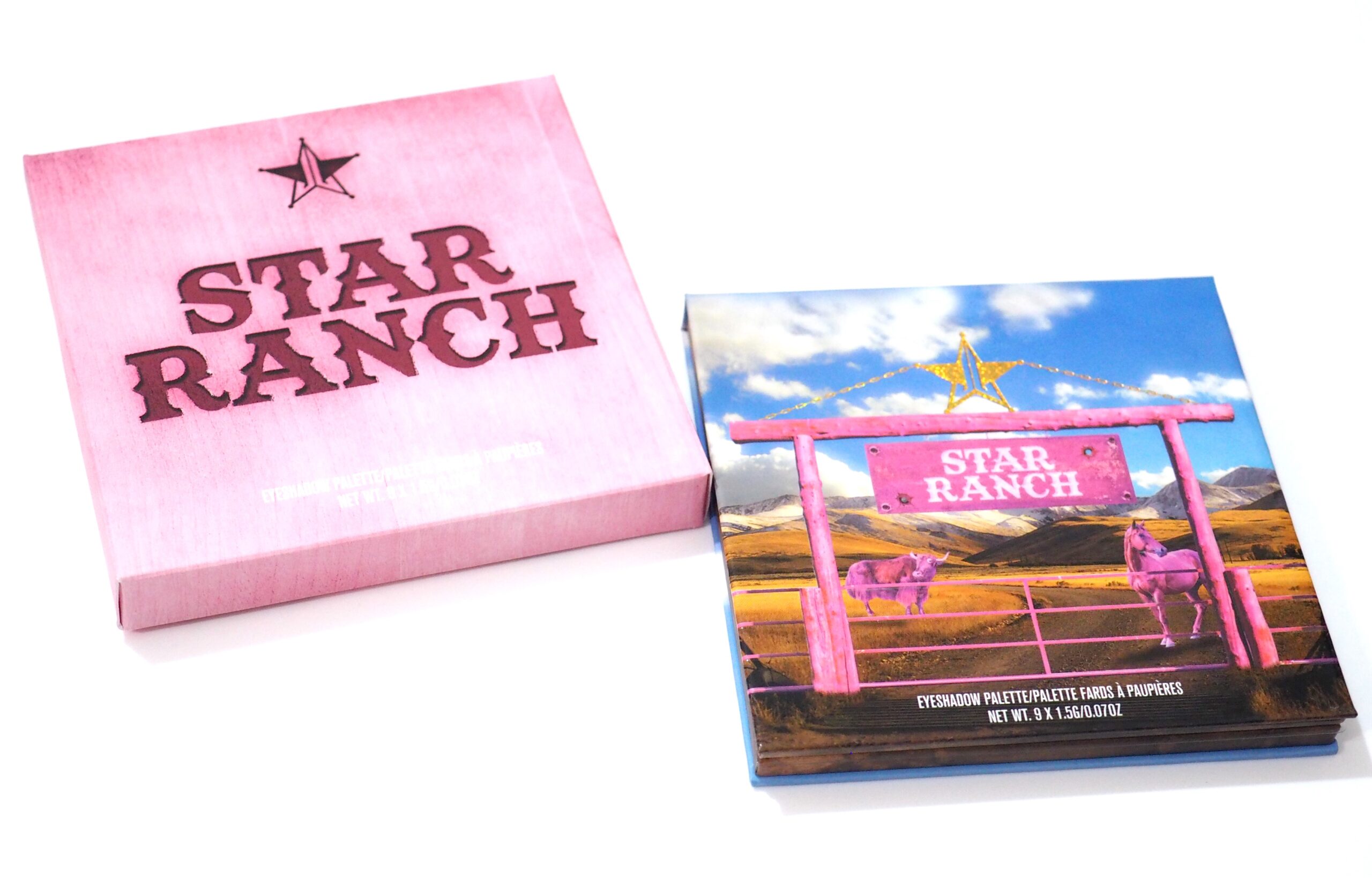 Jeffree Star has never used his mystery boxes to reveal an upcoming launch more, so it was exciting that the palette was previewed in this way, and for his customers to be able to try the palette before it launched officially. 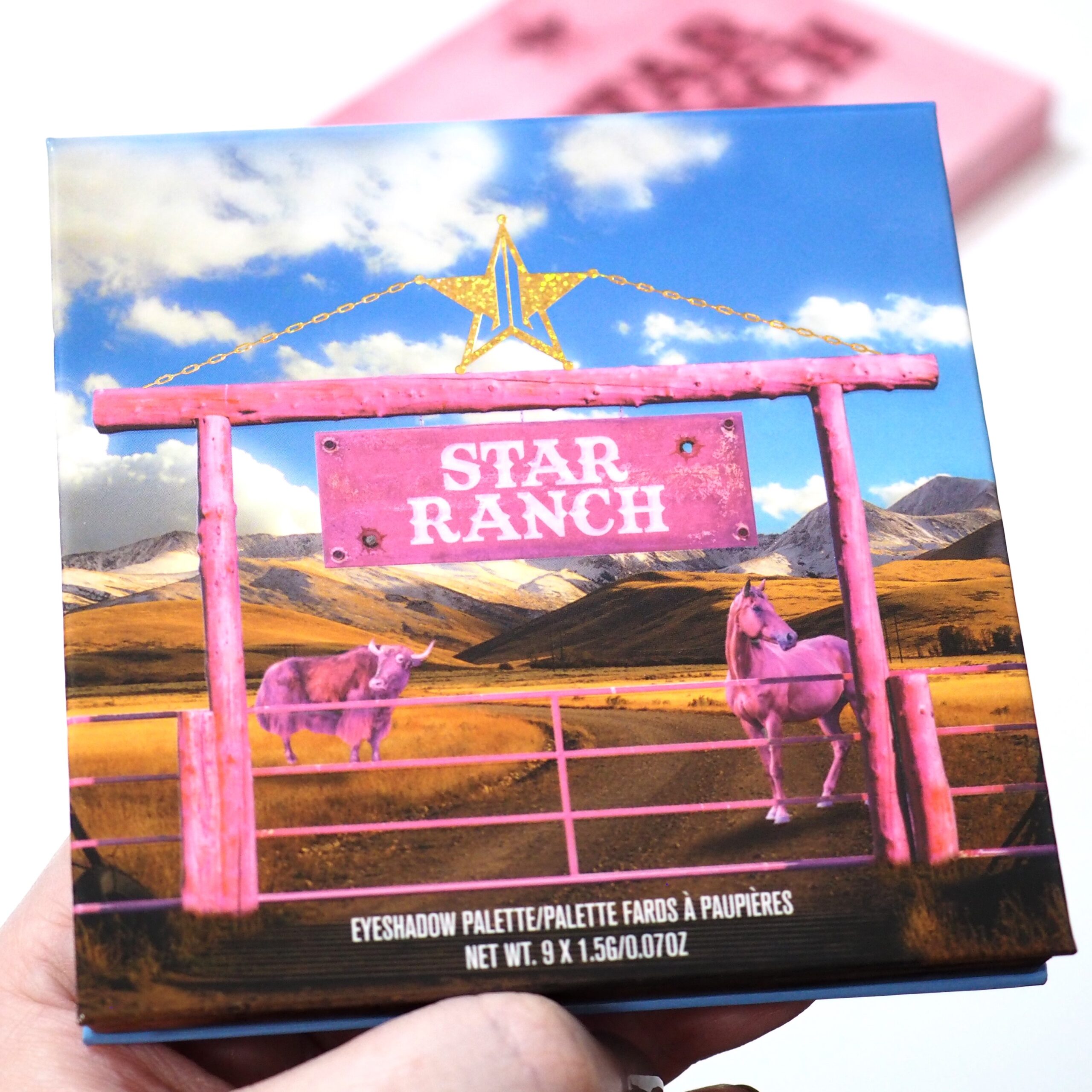 Looking at the packaging of the Jeffree Star Cosmetics Star Ranch Eyeshadow Palette, it looked like there might have been a ranch themed collection launching later this year, if this palette is set to launch. Jeffree now owns a yak farm, and has a ranch, so it’d tie in to his new ranch, and make a unique theme for a collection. 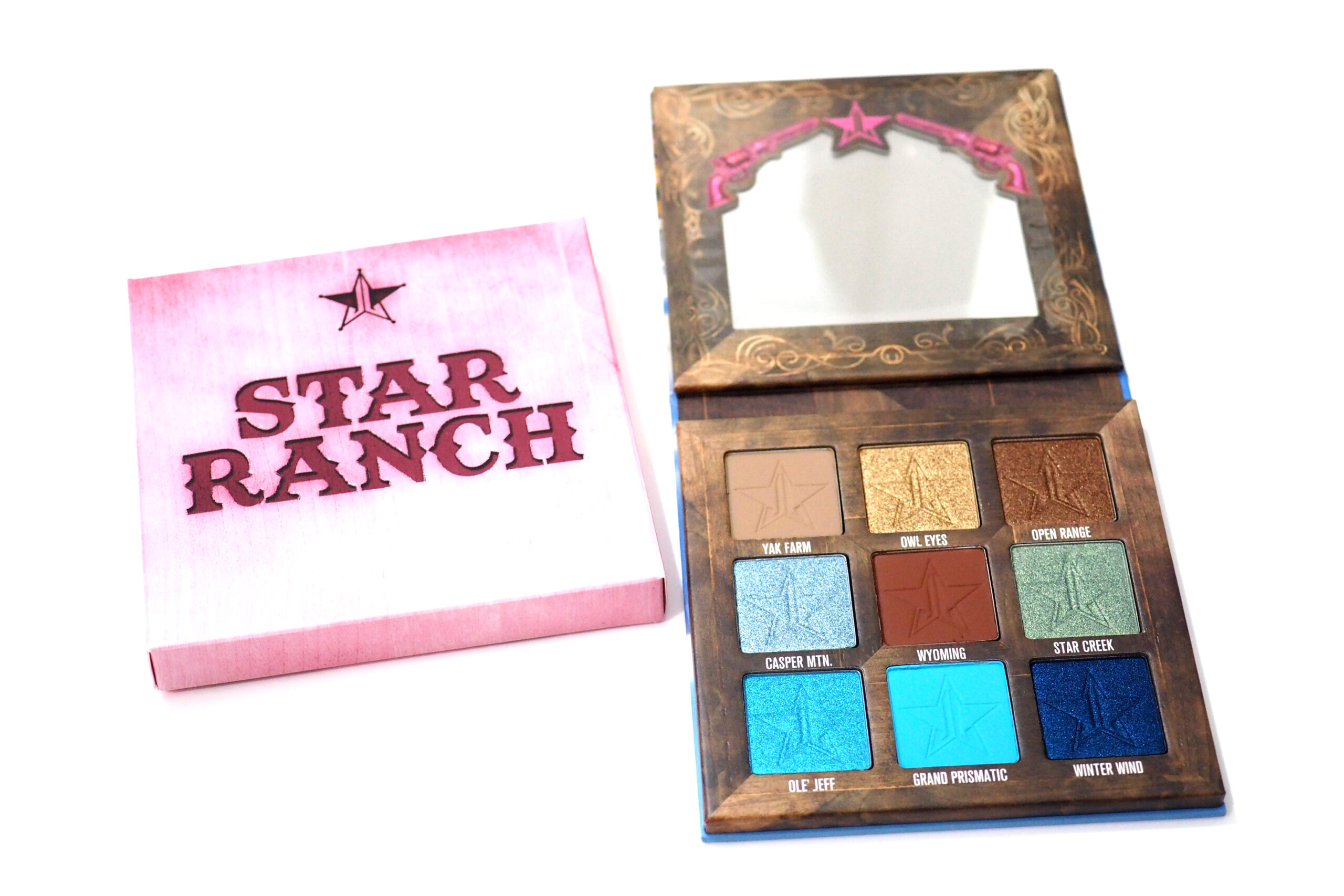 The Jeffree Star Cosmetics Star Ranch Eyeshadow Palette comes with a baby pink cardboard box, which has a raised, wood effect texture, which is a nice extra touch.

The palette inside the box has cardboard packaging, and on the front of the palette, there’s an image of Star Ranch’s entrance, as well as a horse and a yak, with clouds in the sky.

The design has divided Jeffree Star fans thus far, but I don’t mind the design. It’s different, and it fits the theme of the shades inside the palette. 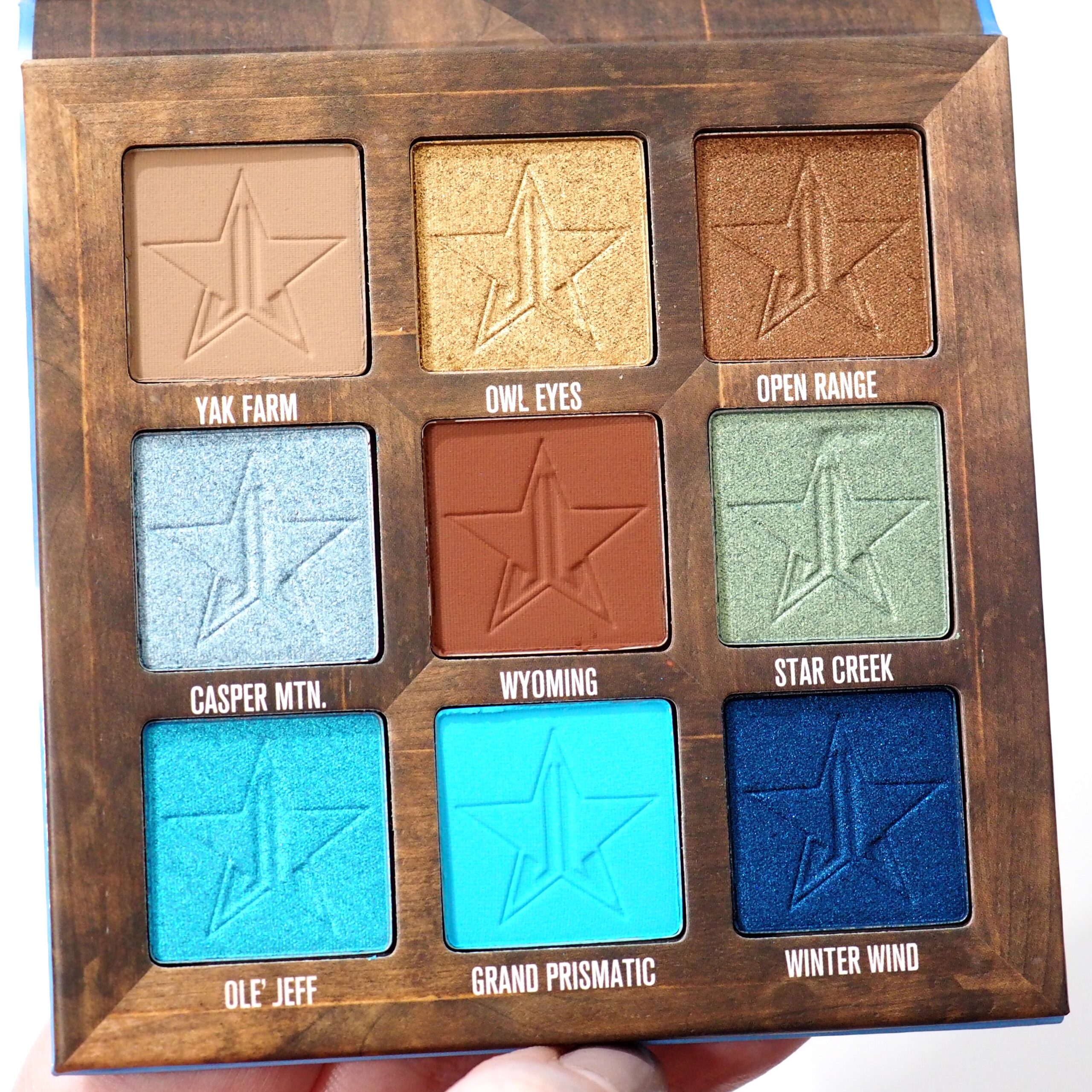 The inside of this palette, has a dark wood effect, with a mirror inside the lid, and two pink pistols at the top of the mirror. Inside the palette, the nine shadows all have the JS brand logo on every shade, and there’s a mix of matte and metallic finishes. 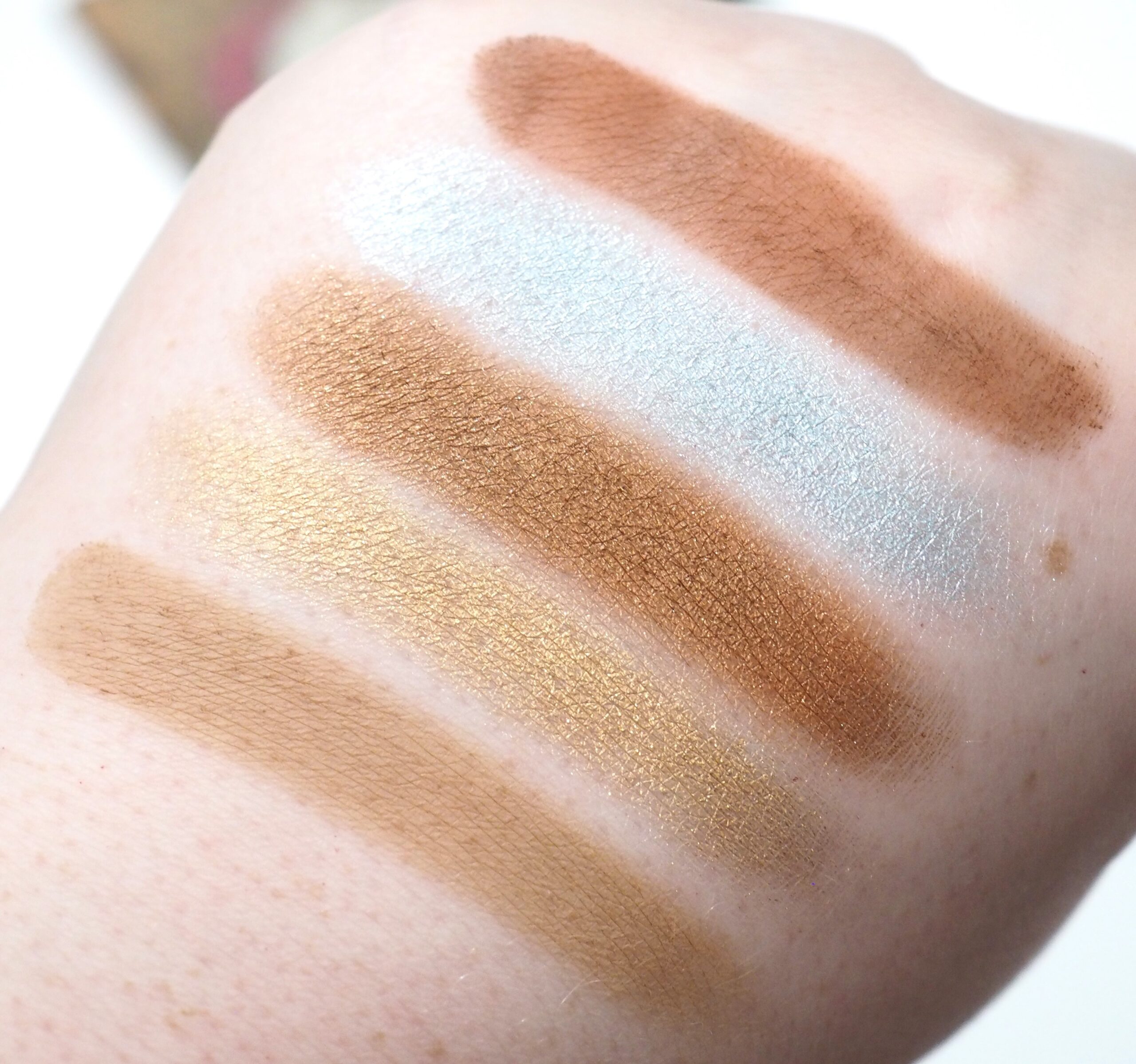 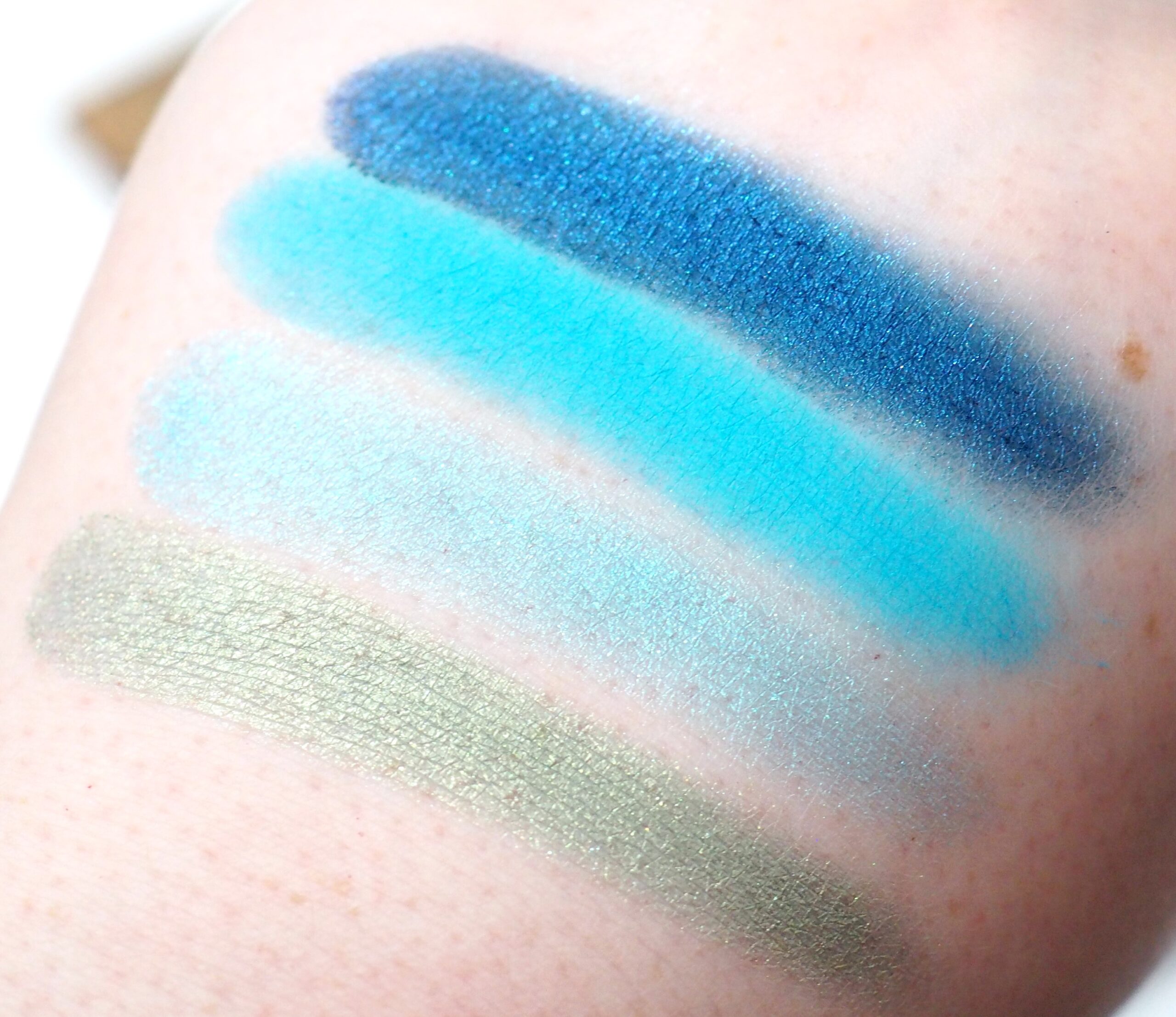 The nine shades within the Jeffree Star Cosmetics Star Ranch Eyeshadow Palette are all super pigmented, soft, and blendable, with the same quality as the brand’s permanent eyeshadow palettes within the range. The palette features a neutral colour story with some pops of blue, and a green.

My personal favourite shade has to be Star Creek, as it’s a mint green, but with a golden duochrome shift. Winter Wind is the most amazing navy I’ve ever tried, with royal blue sparkle, which translates well onto the eyes, and is a nice shade to change up a smokey eye. I’m excited to see this palette launching on Friday permanently, and it really is a beautiful palette.