Did you know that the Jeffree Star Cosmetics Makeup Displays are a thing? I had no idea he had his own special branded makeup displays, and he’s just announced that they’re back in stock. 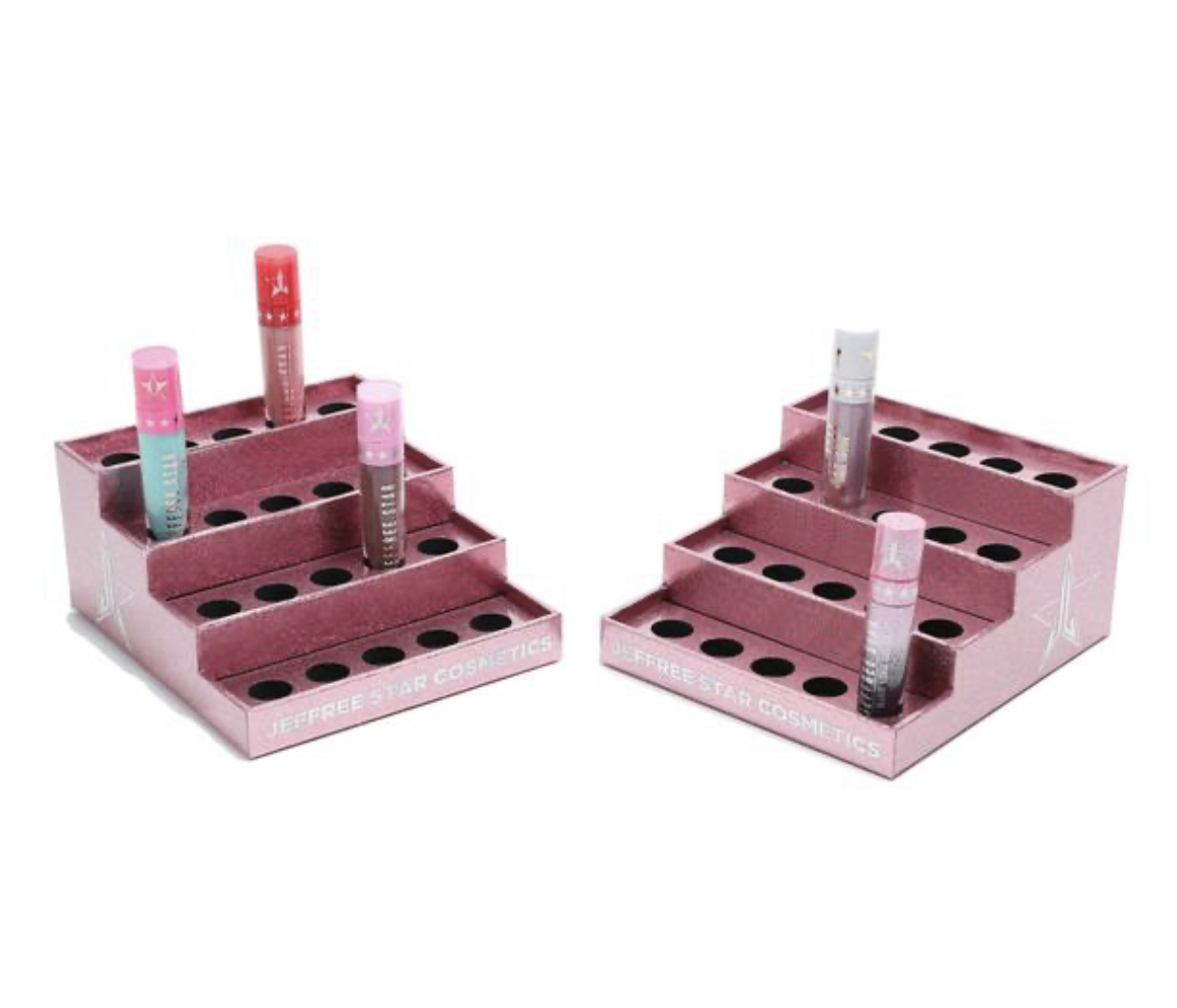 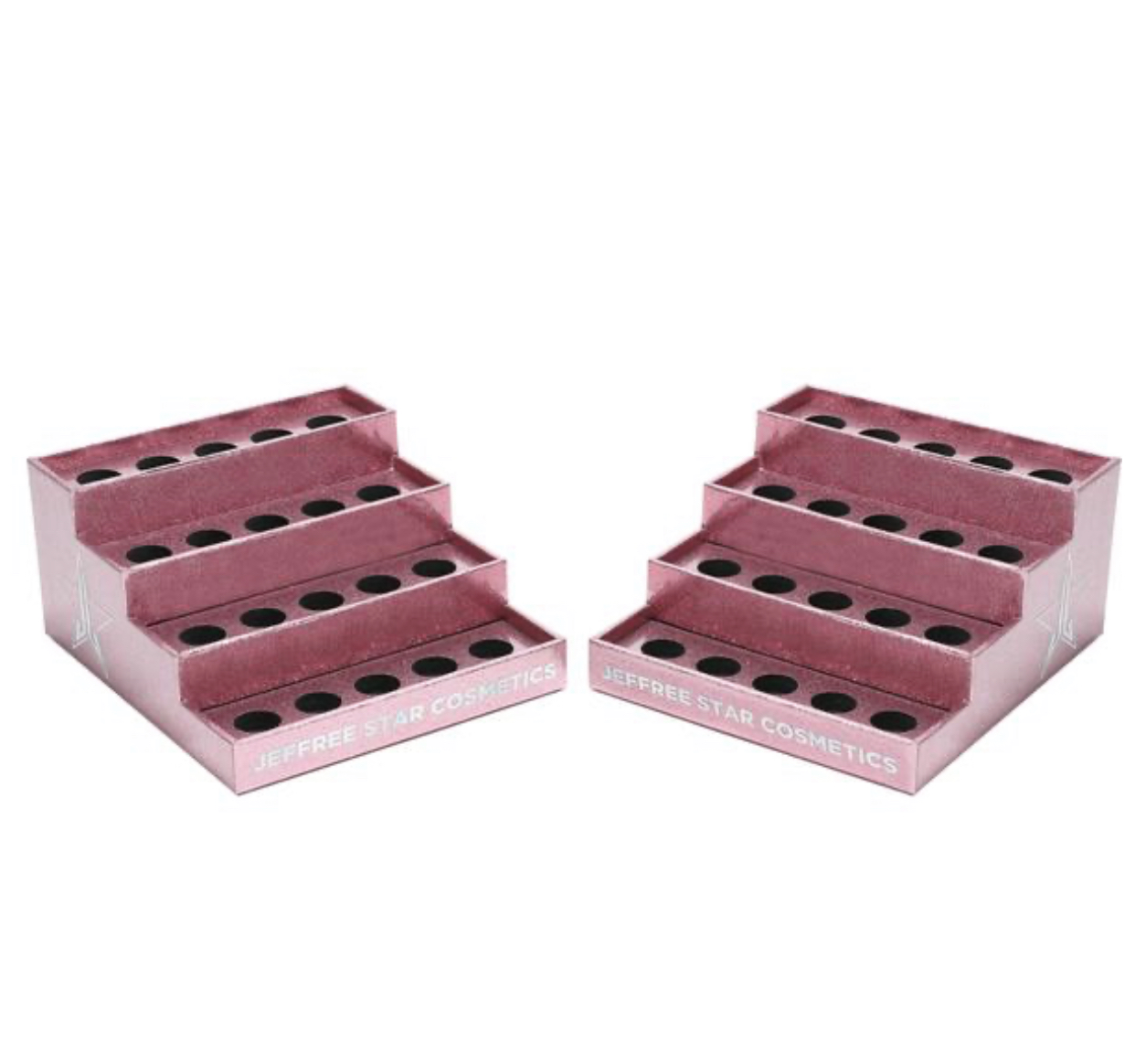 OK, so there are two different versions of his makeup displays, and they’ve both been designed to hold the crazy popular Jeffree Star Velour Liquid Lipsticks; 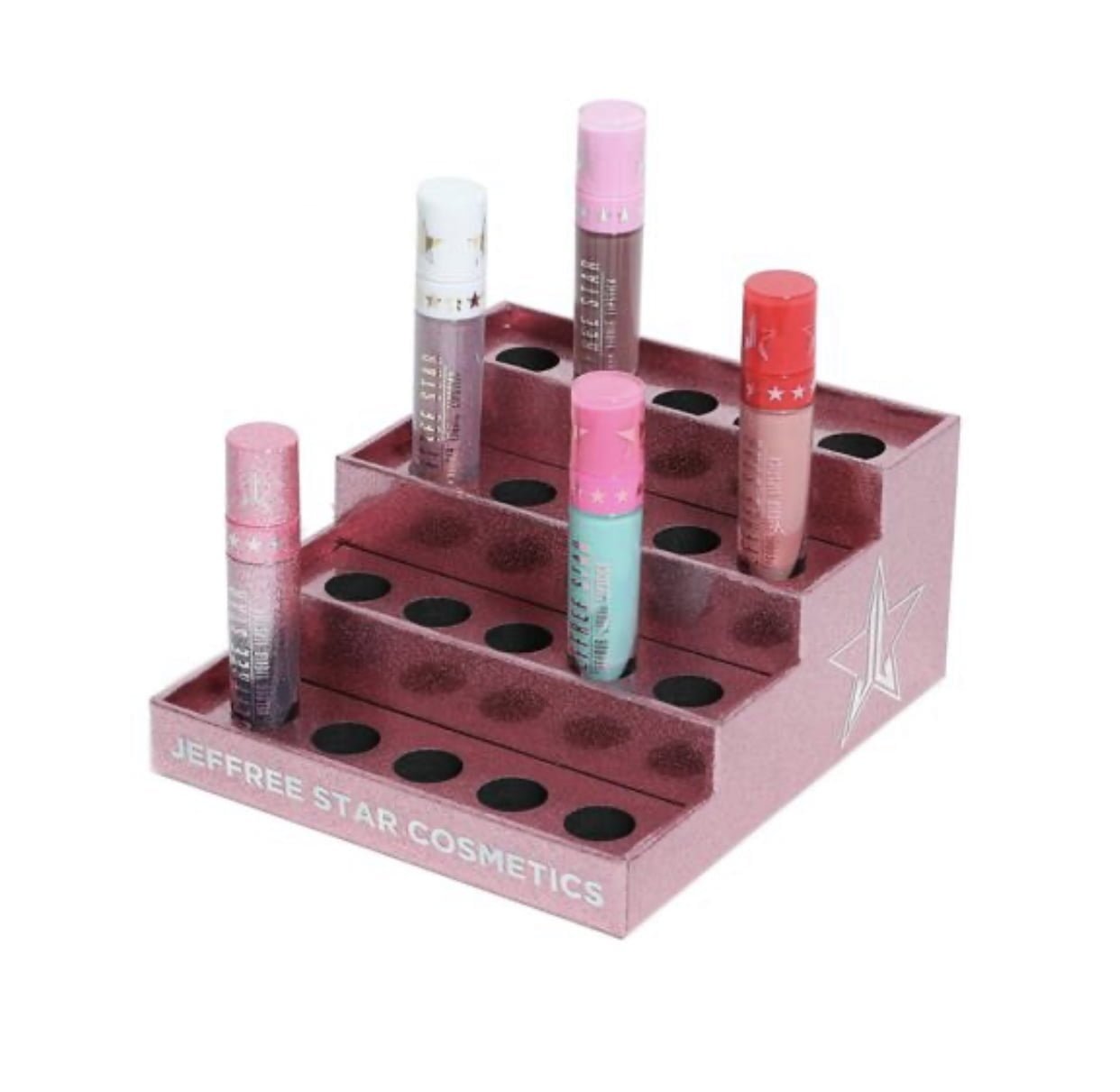 The Jeffree Star Cosmetics Pink Glitter Display comes in a two pack, so you’re getting two makeup displays for $25 which I think is a really great deal.

Each of the displays are made with a plastic-poly mix for easy cleaning, in a pink glitter design with holographic Jeffree Star Cosmetics branding on the front, and sides of the display.

Each of the two displays hold up to 20 JSC Velour Liquid Lipsticks, so a total of 40 lipsticks for only $25. 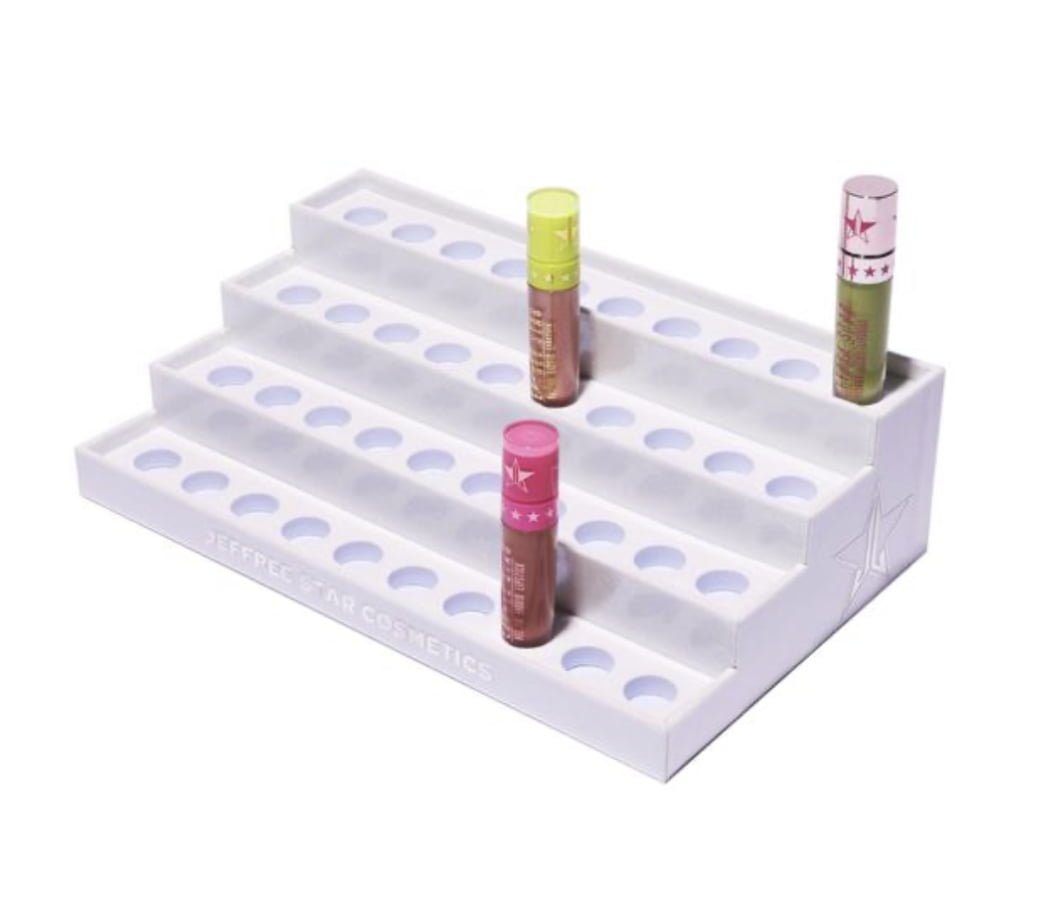 The other display on offer; the Jeffree Star Cosmetics White Glitter Display is a one pack, and has a pretty white glitter design with the same holographic JSC branding.

This display however is $30 and can hold up to an amazing 40 JSC Velour Liquid Lipsticks with four tiers holding ten lipsticks each. 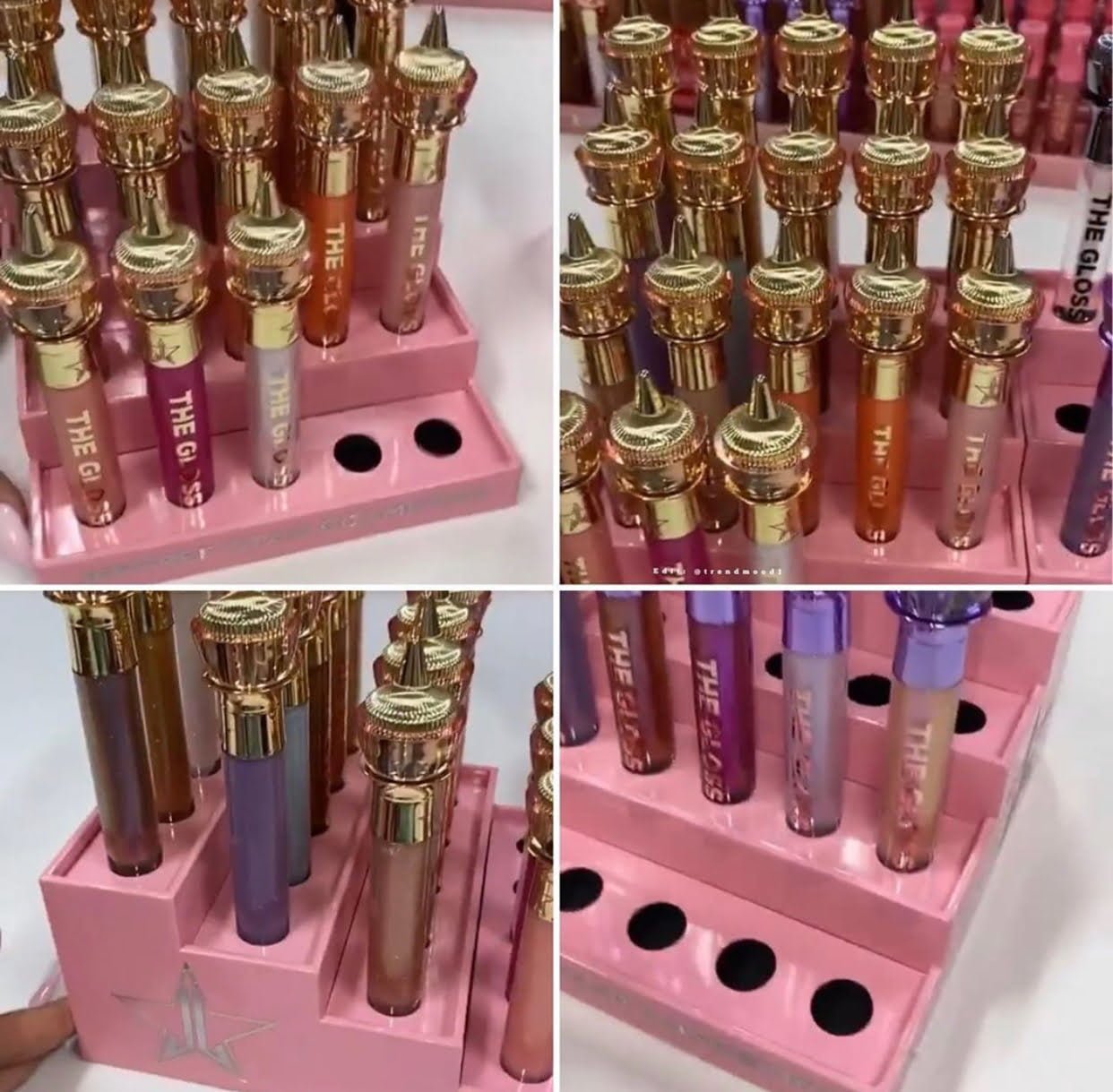 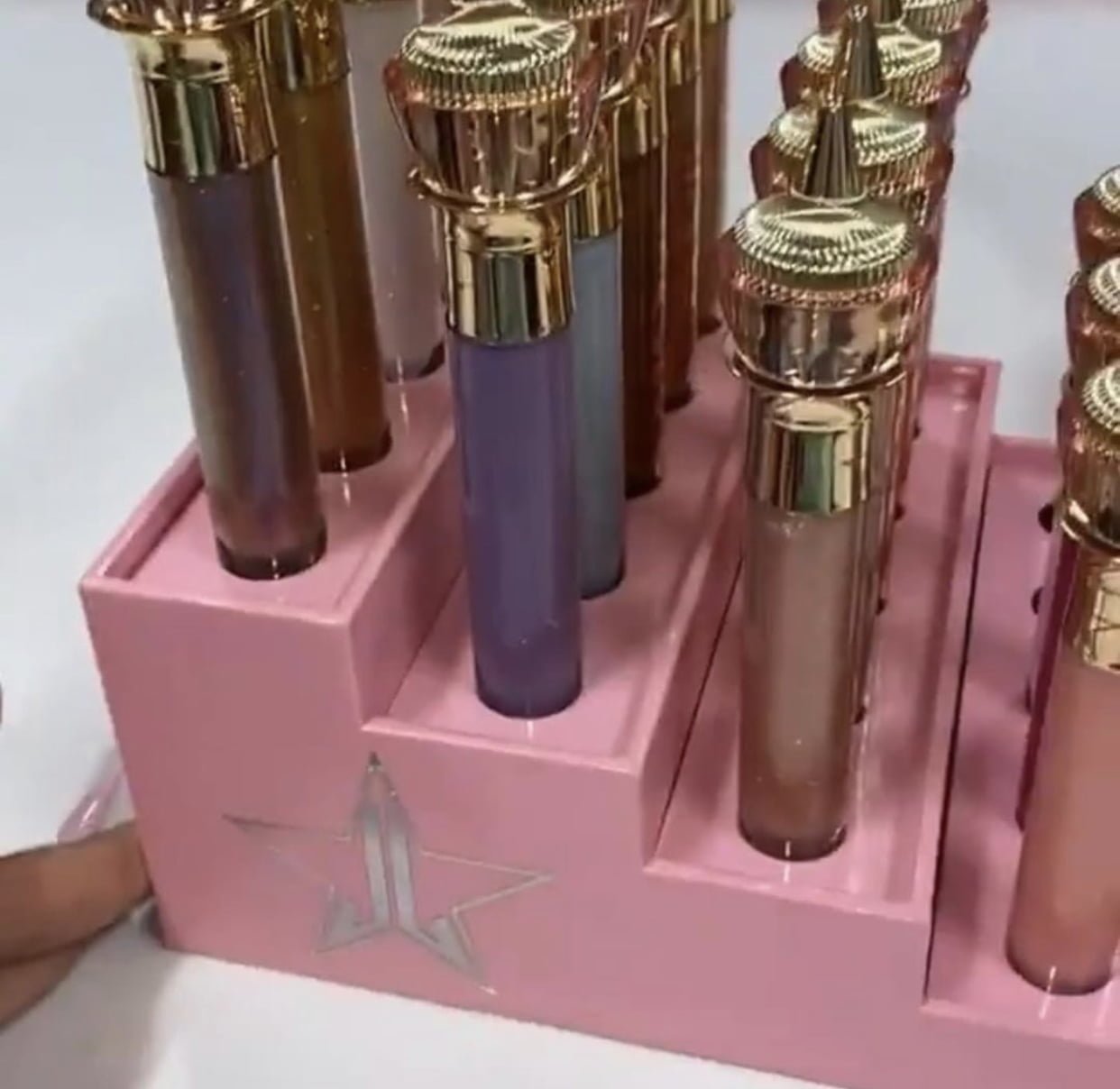 Makeup storage can be pretty pricey, and I think both of these versions of the displays are both pretty and functional without being extortionately expensive either. You obviously don’t have to store Jeffree Star Lipsticks in them, and they’re available now.