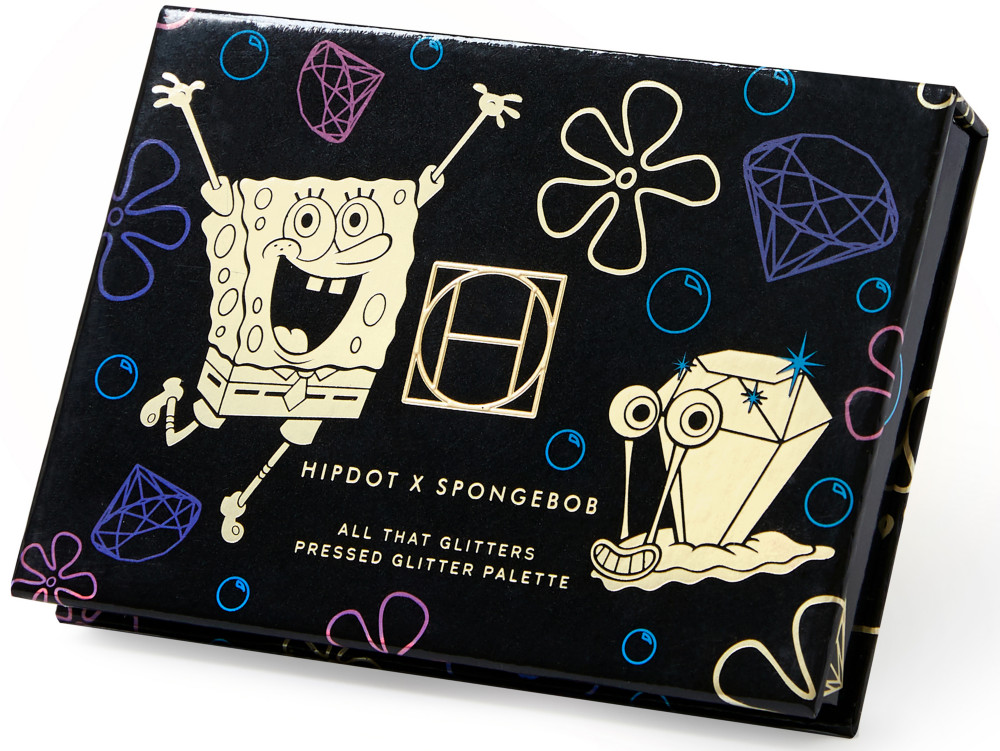 This is the second collaboration between Hipdot and SpongeBob, as they first collaborated last summer. The collaboration was obviously a big hit, for them to come back with a second round of products. 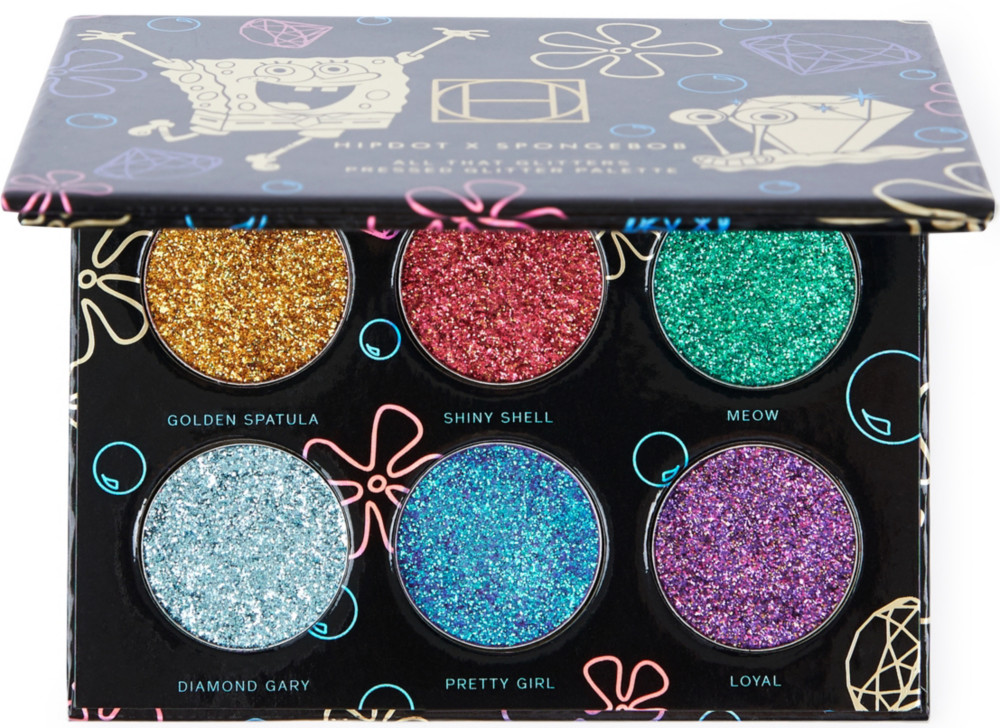 The Hipdot x SpongeBob All the Glitters Palette is a mini palette featuring six pigment packed pressed glitters, and the palette is $16.

This palette is seemingly themed around Gary The Snail, as features both on the front of the palette, and inside next to the mirror. The palette’s packaging is similar to the highlighter palette and eyeshadow palette, with holographic symbols from the show.

The Hipdot x SpongeBob All the Glitters Palette includes the following shades;

The Hipdot x SpongeBob All the Glitters Palette is nice and bright, especially if you like pressed glitters. So many brands are launching pressed glitters right now, I’m personally not a fan, but these shades are pretty.

Most brands that launch pressed glitters, don’t recommend them for the eye area in case the glitter particles fall in the eyes, and there’s no mention of them being eye safe, so make sure you check the packaging for any potential warnings before use. The palette is available via ULTA.

All images belong to Hipdot.