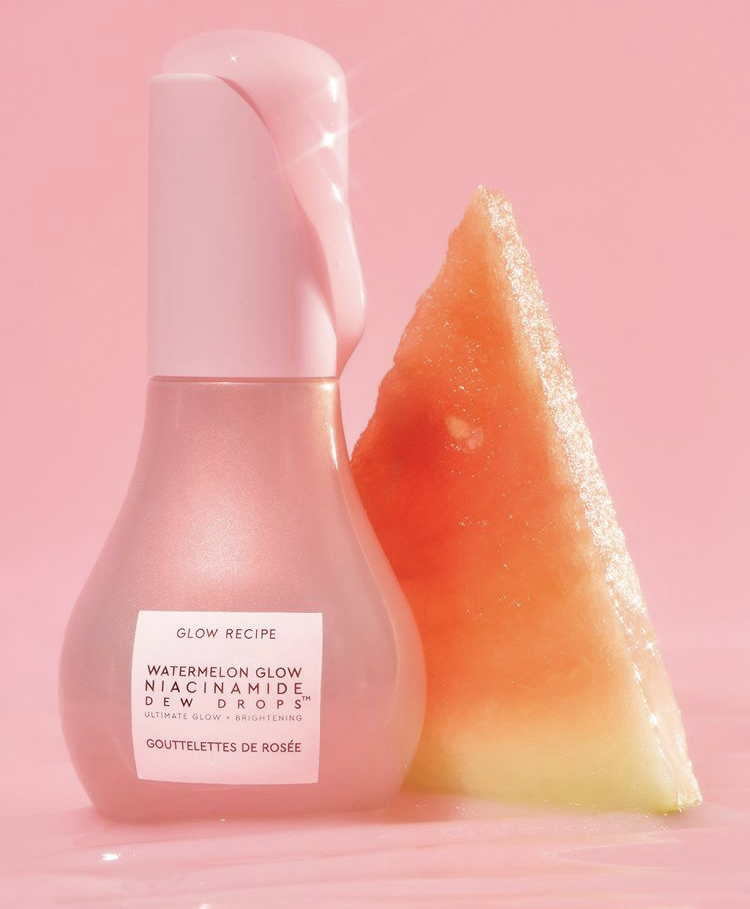 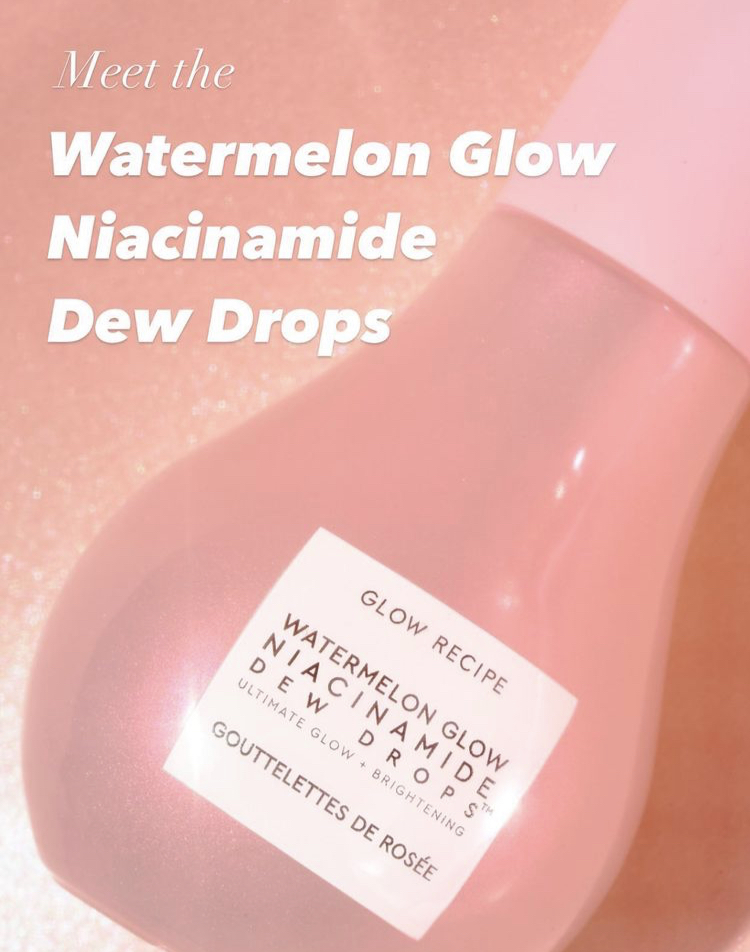 Dew Drops creates an effortless glow and hydrates skin for a luminous (but never oily) complexion without the use of mica, glitter, or pearls (aka no grey-cast!). It’s also one of our most versatile products yet, and fits perfectly in your skincare and makeup routine. “ 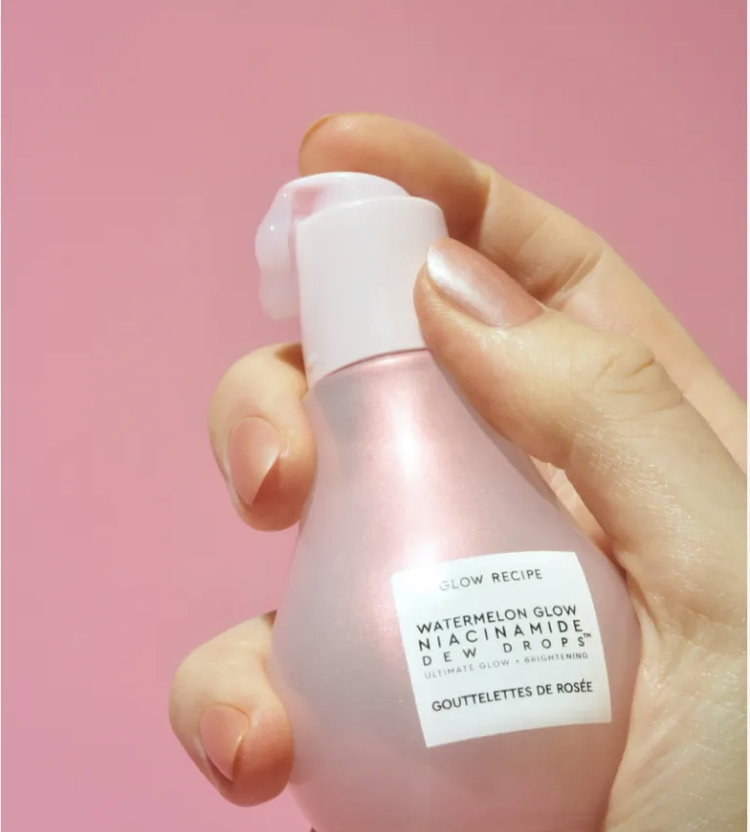 The Glow Recipe Watermelon Glow Dew Drops is described by the Glow Recipe team as being an innovative, niacinamide-infused highlighter serum which makes luminous skin possible for everyone and anyone, and within seconds, too. 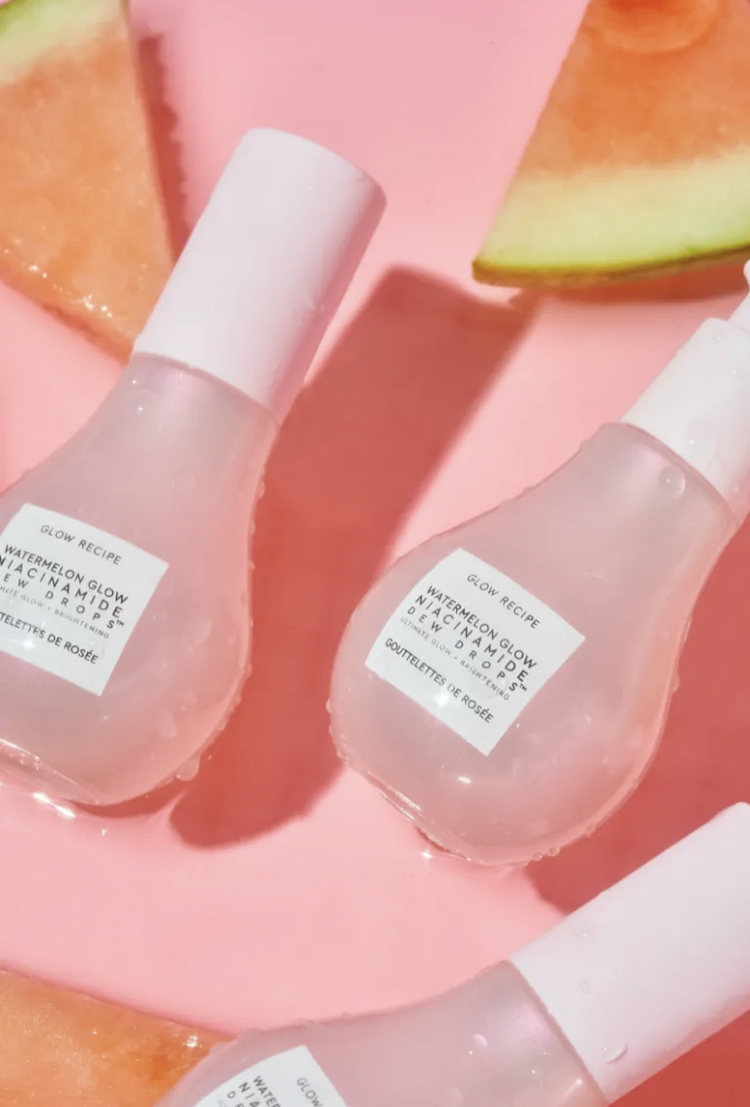 Its groundbreaking formula is inspired by the highlighting techniques used by Korean makeup artists to give their clients’ skin a glow. The Glow Recipe Watermelon Glow Dew Drops can be thought of as being a face serum, with highlighter benefits.

Meaning it leaves the skin with a dewy sheen without ever looking shiny or greasy. It is also free from mica, glitter or pearls, so it won’t leave behind a white or grey cast on the skin either. 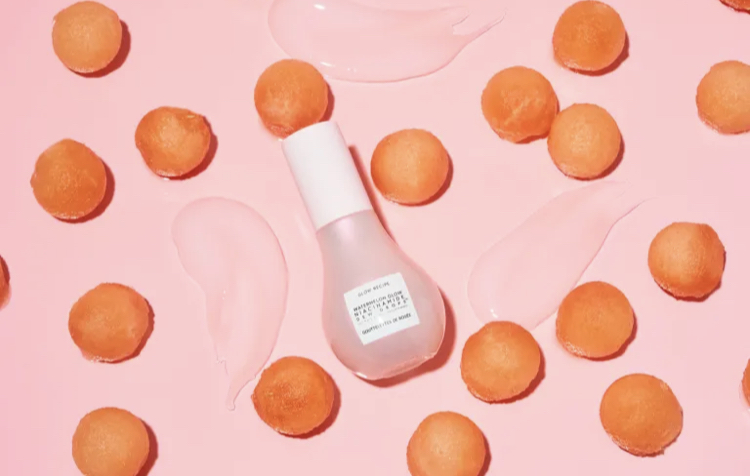 The Glow Recipe Watermelon Glow Dew Drops can be used as a serum by applying “a drop of dew” as your serum step before moisturizer. It can also be used for instant radiance by applying 1-2 pumps as the final step of your skincare routine.

It can be used as a highlighter, a primer, mixed with makeup, or even applied around the eyes for a brightening effect. It’s a real multi-use product, and a great addition to their skincare collection.

All imagery belong to Glow Recipe.