I absolutely love anything multichrome, so when the Essence Chrome On Multichrome Liquid Eyeshadows collection launched, I couldn’t wait to get my hands on them.

They originally launched in Mainland Europe back in June, and I asked if they would be making their way to the UK, and I was told no, so I couldn’t believe it when I saw them at a UK Essence retailer, and ordered all five shades immediately! 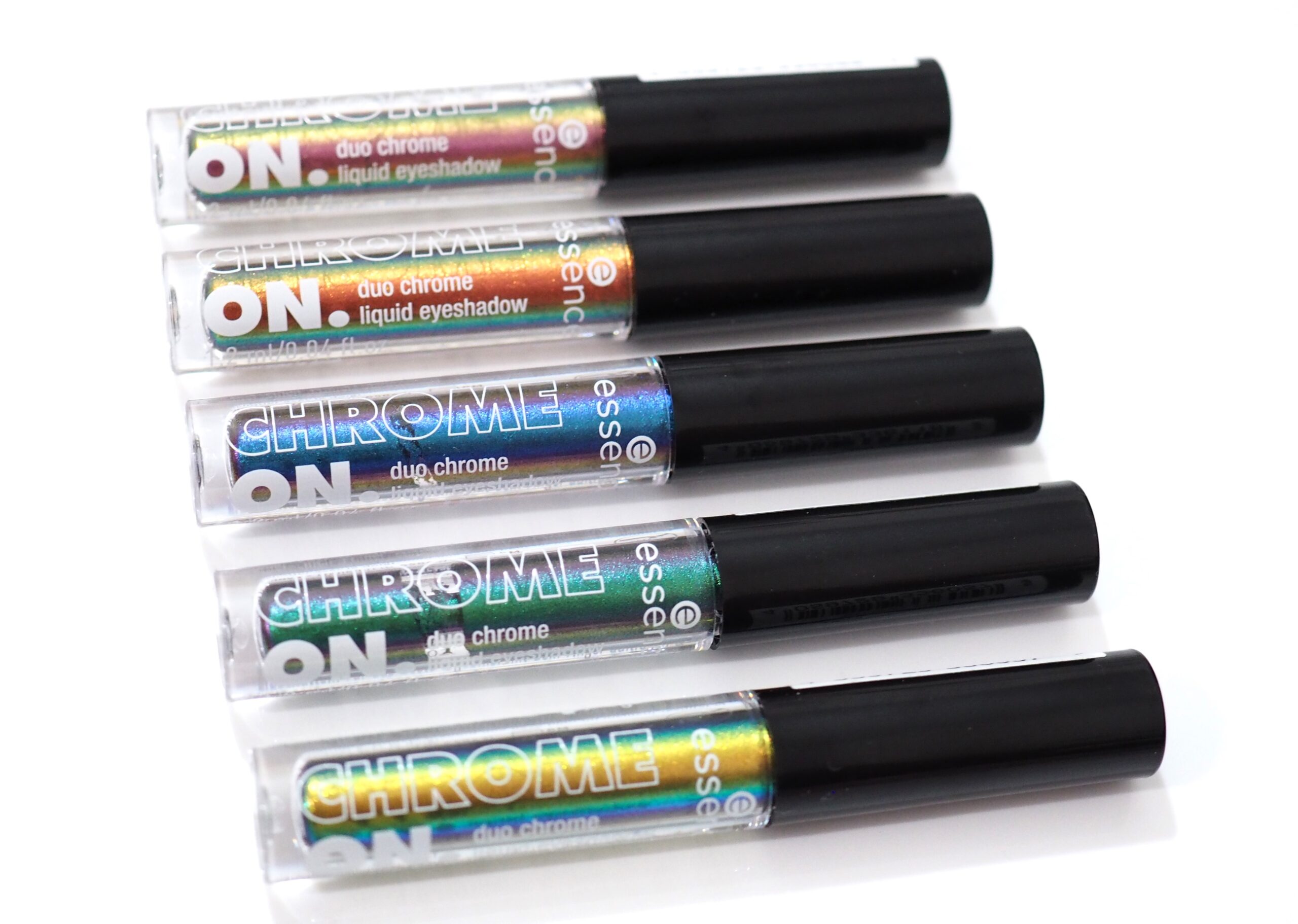 I really was gutted when I was told the Essence Chrome On Multichrome Liquid Eyeshadows wouldn’t be coming to the UK, so I couldn’t be happier that they did.

The shadows are available via the Essence website directly, but JustMyLook is where I bought mine from. They have quite slow delivery, but it is free delivery, with no minimum spend, which is great. 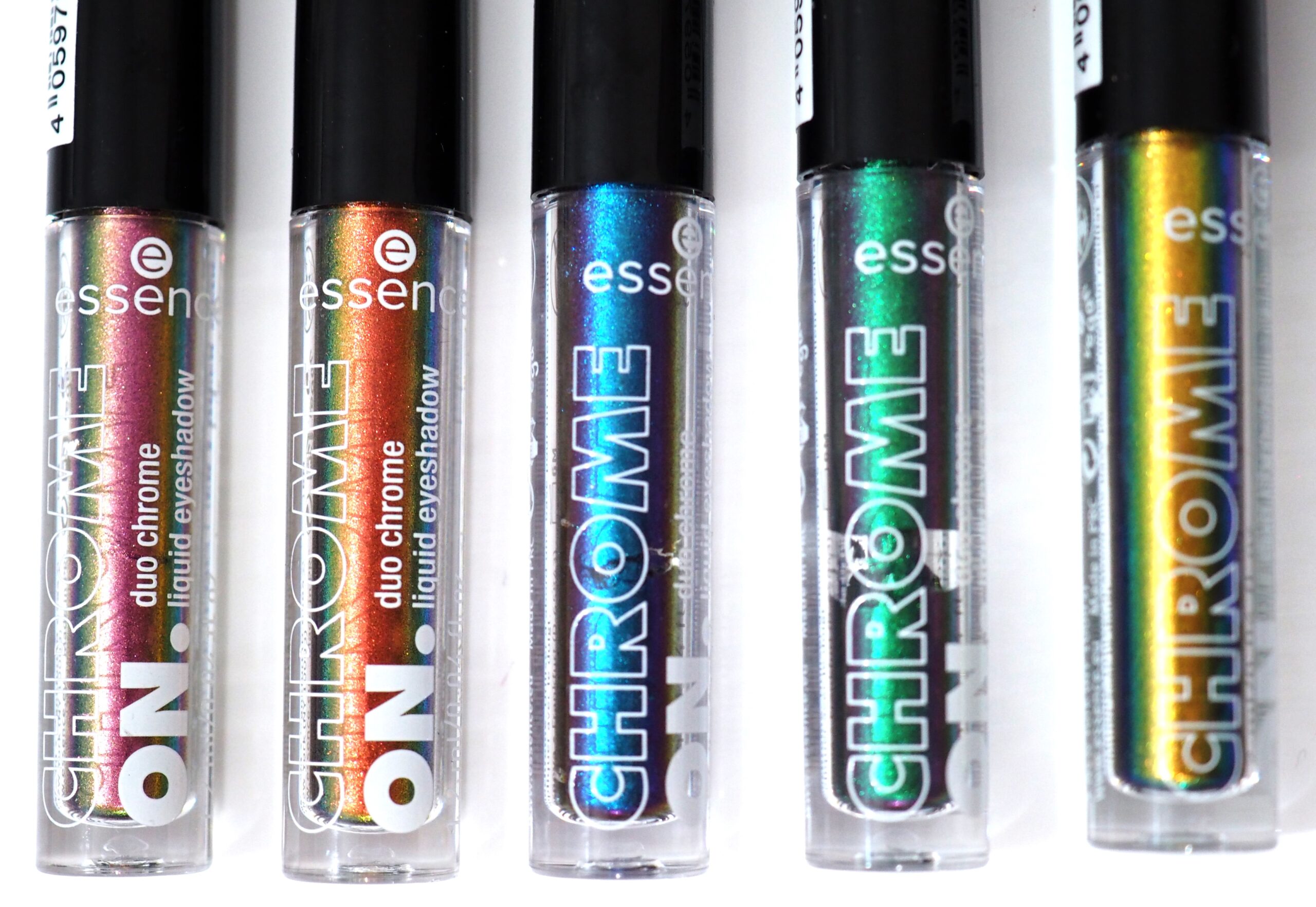 The Essence Chrome On Multichrome Liquid Eyeshadows include five different shades, and they’re £4.99 each or €4.99. Now, the amount of product you get for your money is extremely small. Each tube contains just 1.2ml /0.04 fl.oz, which is tiny. 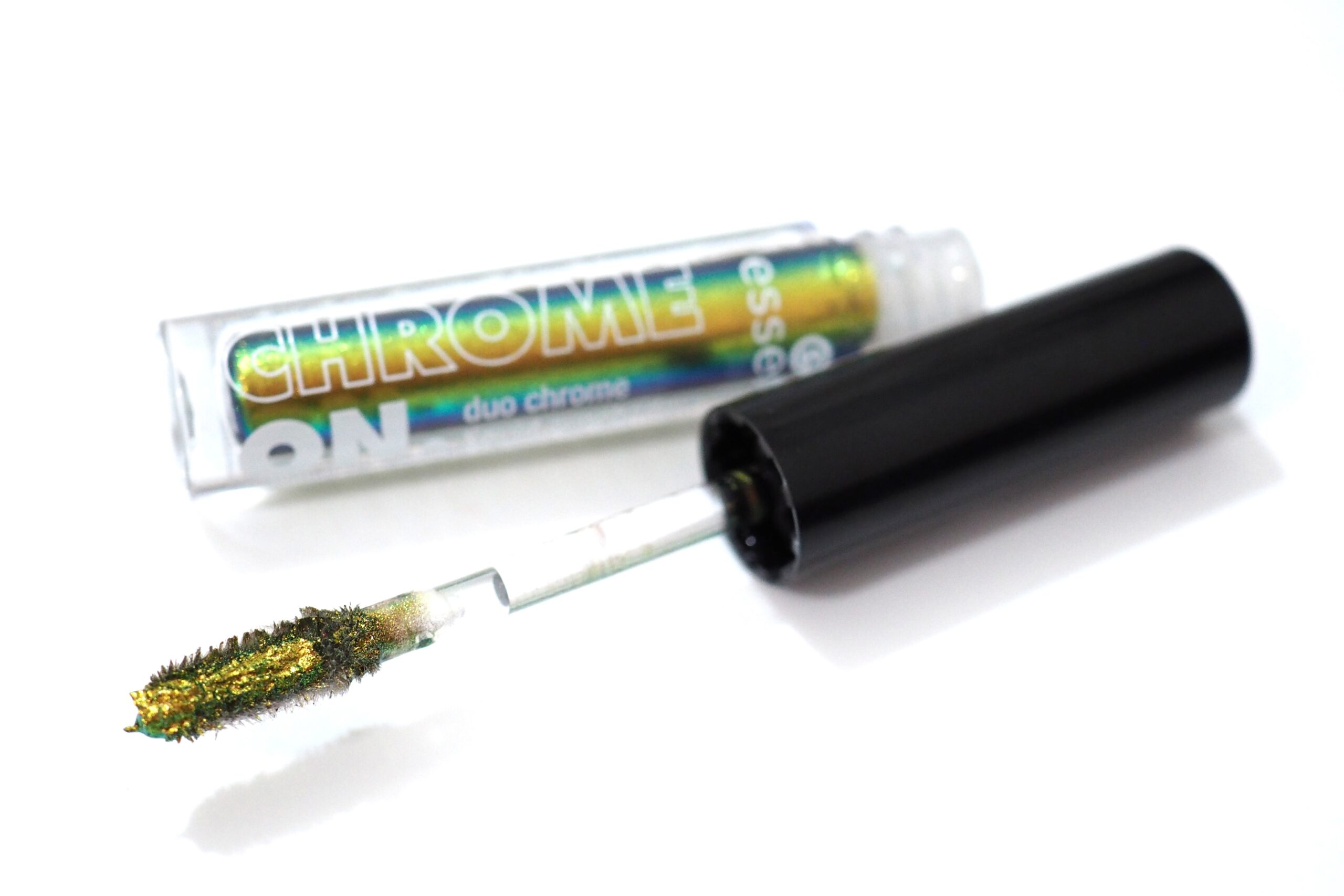 However, multichrome pigments are very expensive, so any multichrome makeup tends to carry a high price. Essence have kept the price low with these liquid multichromes, but instead they’ve given us a tiny amount of product.

Even the ‘small’ Natasha Denona version had 2ml, but they are £26 each, so it is exciting to see drugstore brands venture into true multichrome pigments. 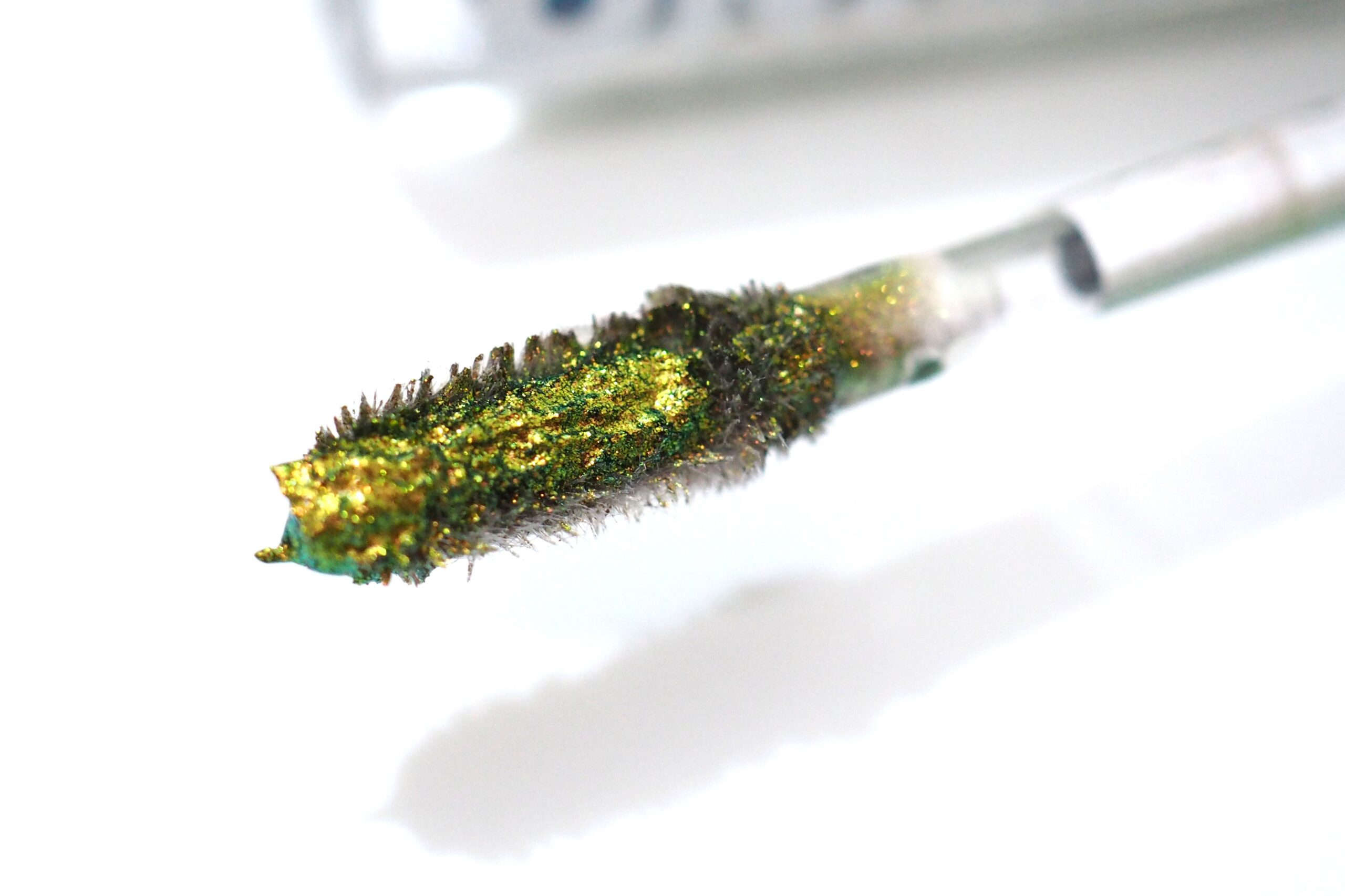 The Essence Chrome On Multichrome Liquid Eyeshadows is described by Essence as the following;

“CHROME ON and all eyes on you! With the essence CHROME ON. duo chrome liquid eyeshadows you shine in competition with the sun. The chromatic pigments in the liquid eye shadow are highly pigmented and change their color depending on the incidence of light. What color should it be today?

Well everyone! Thanks to the special color changing effect, you no longer need to make a decision. Thanks to the practical flock applicator, an extraordinary, multidimensional look can be created quickly. For a fascinating look that enchants.“ 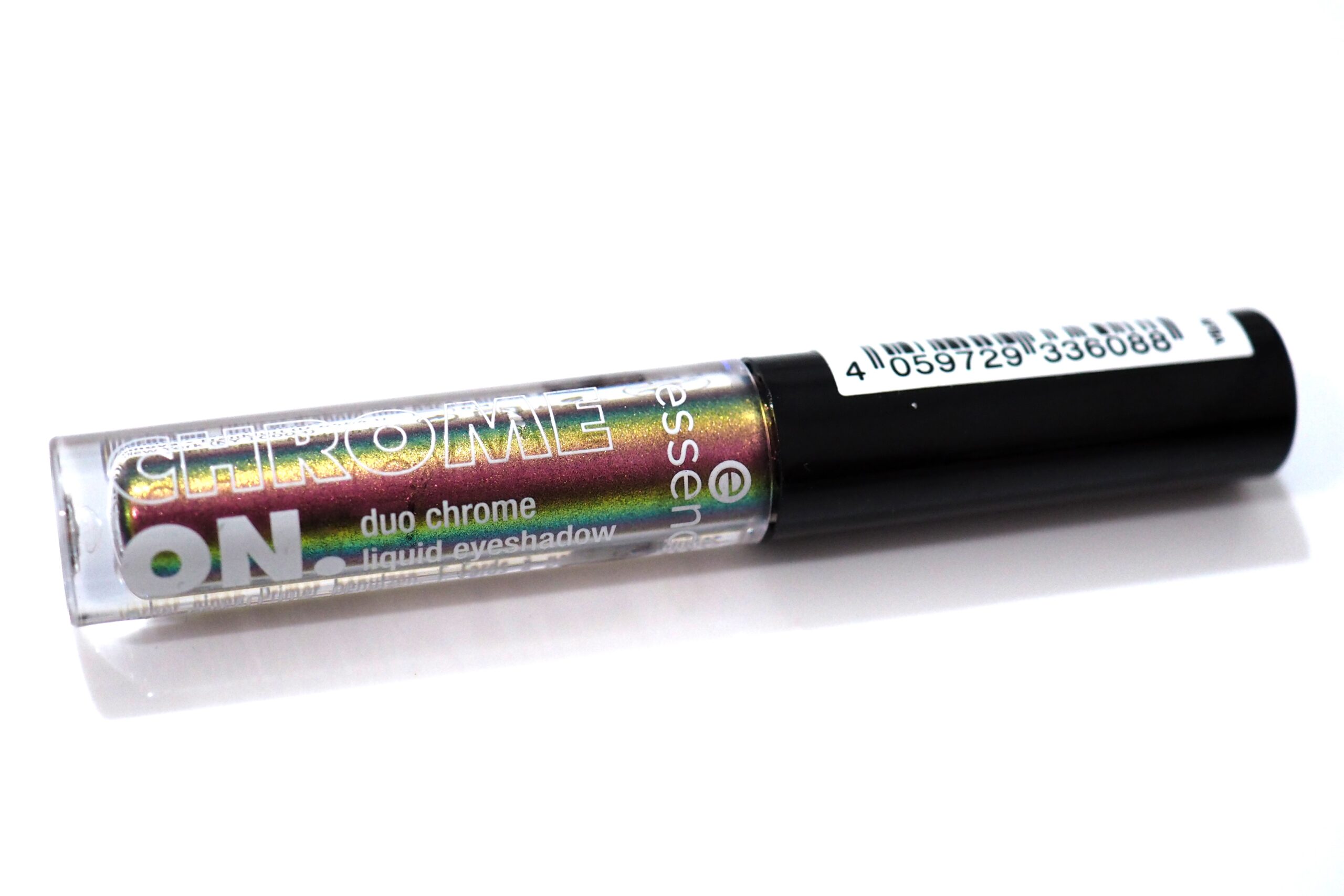 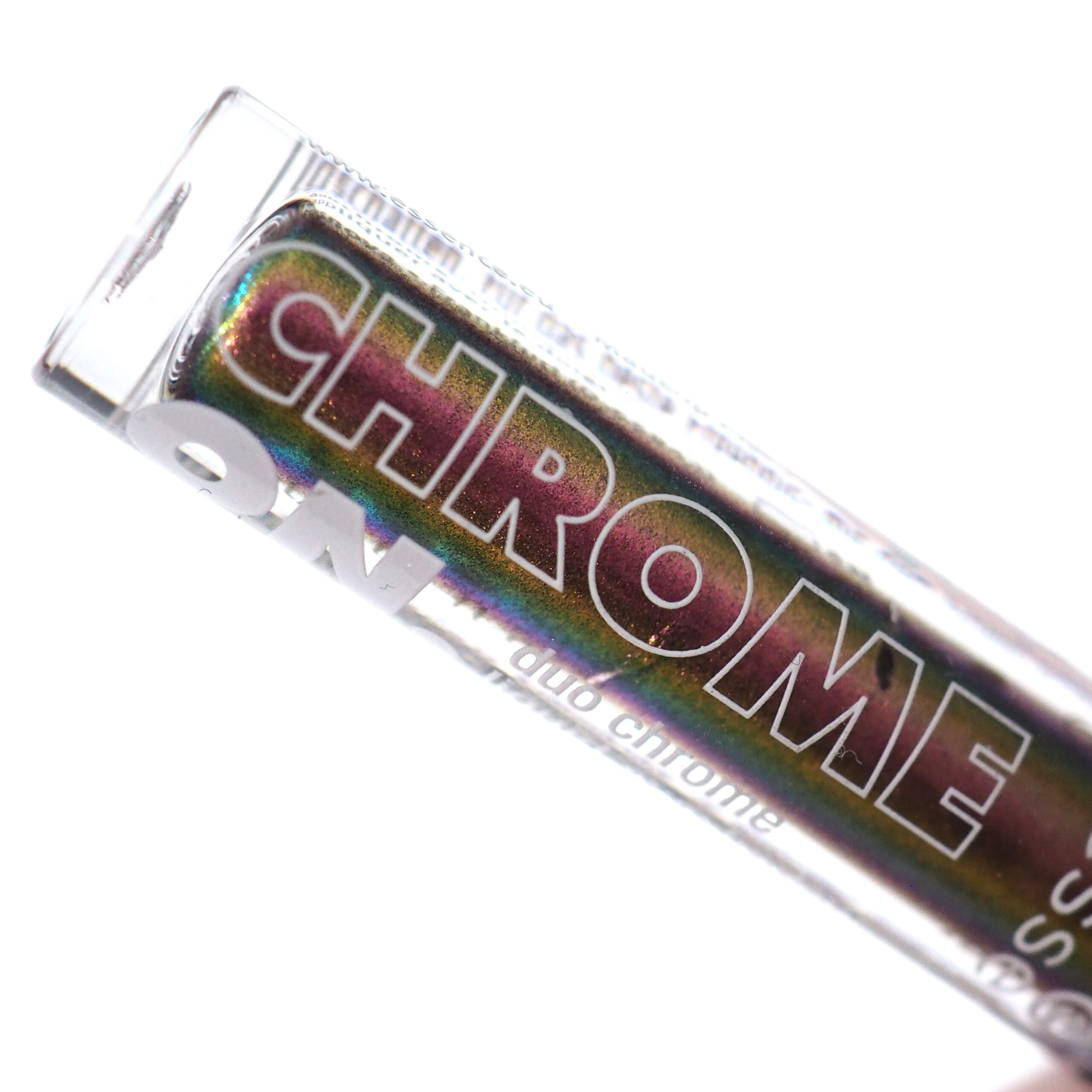 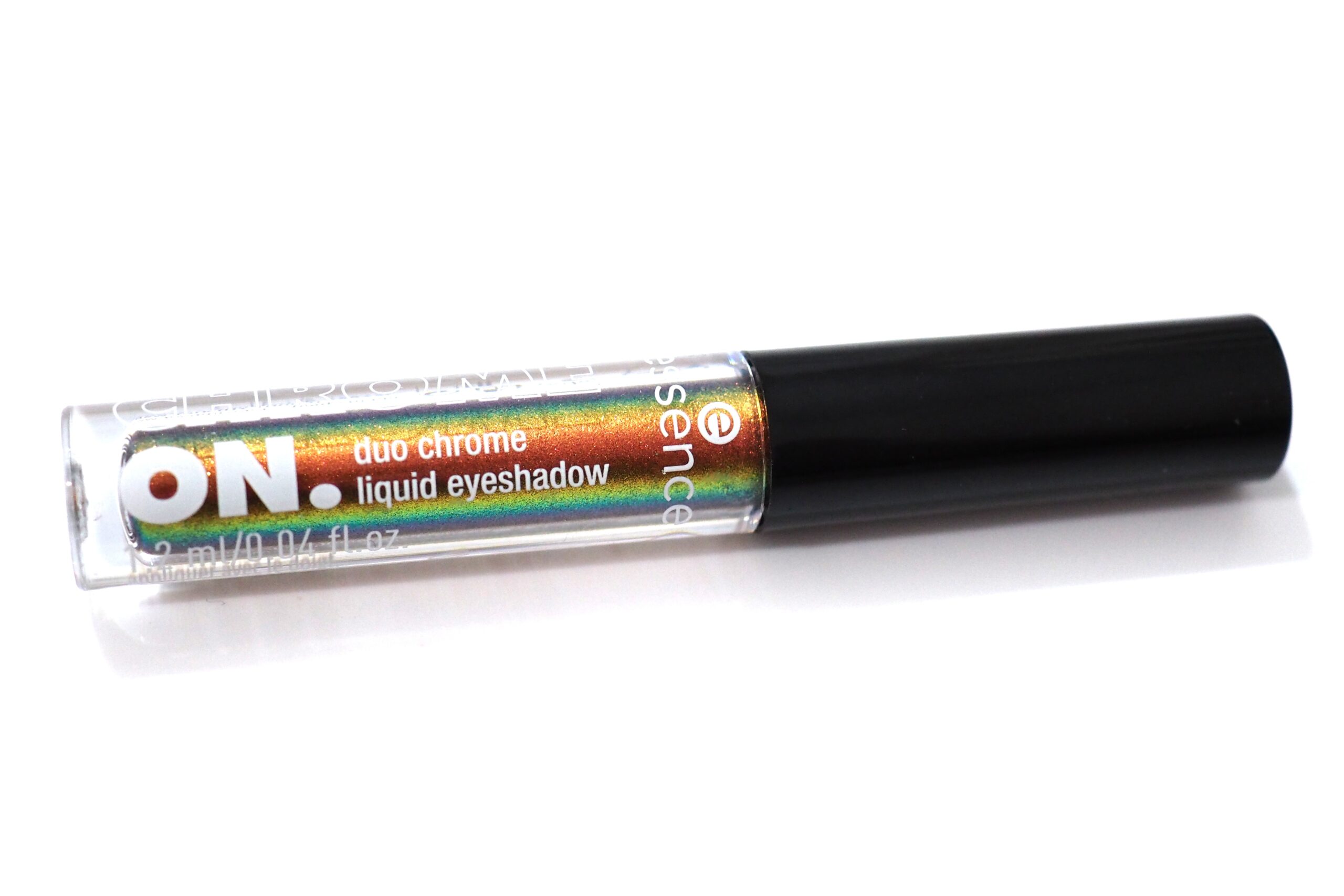 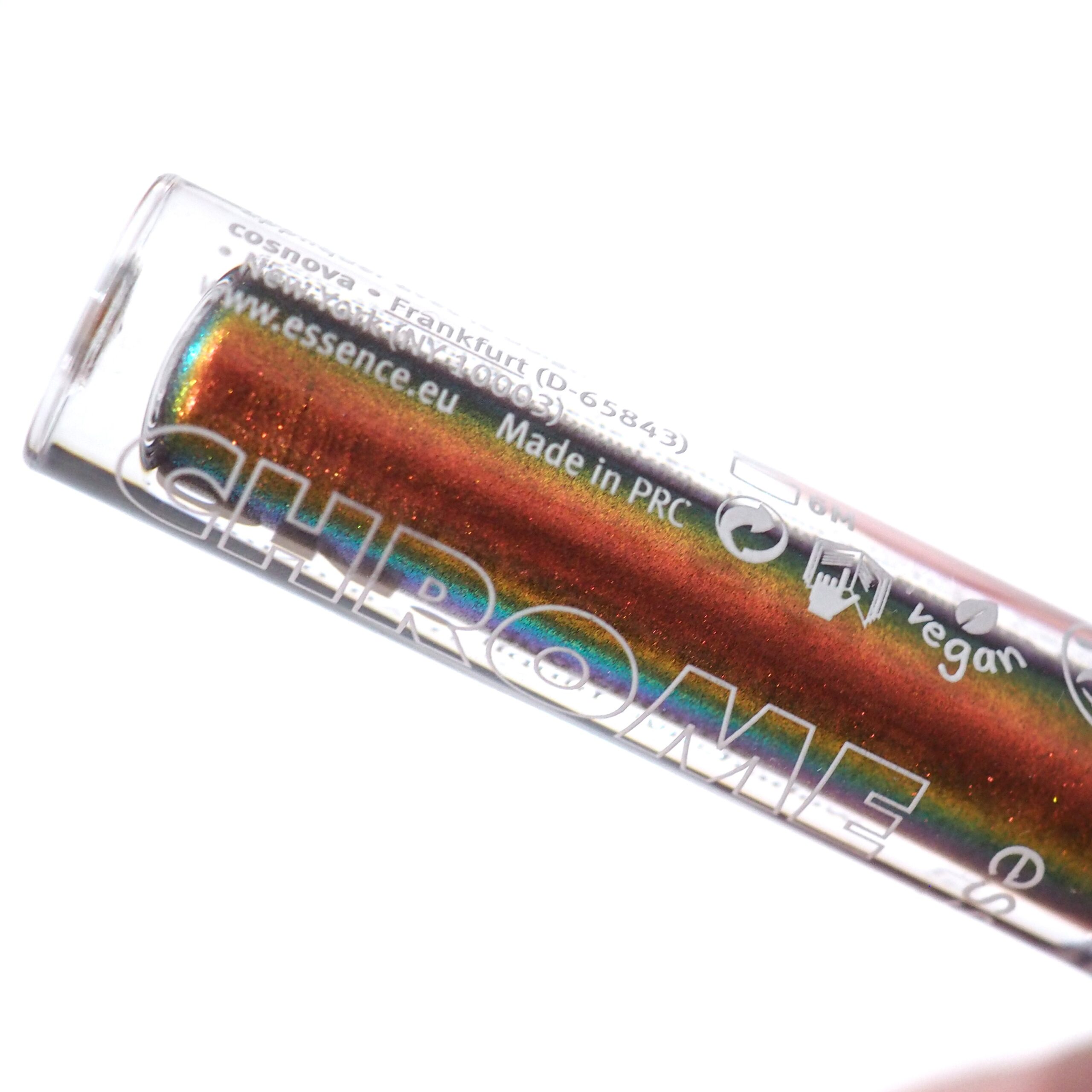 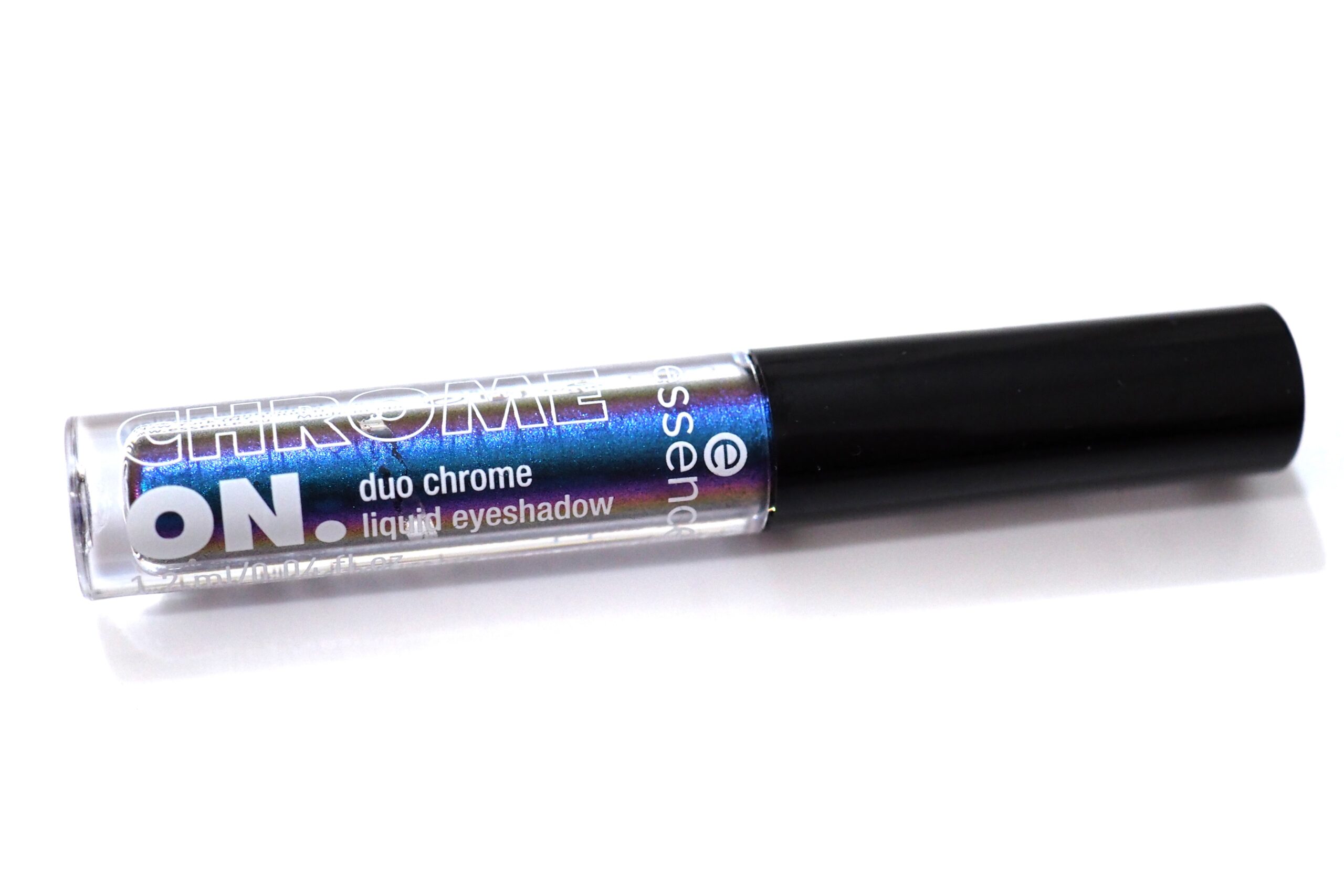 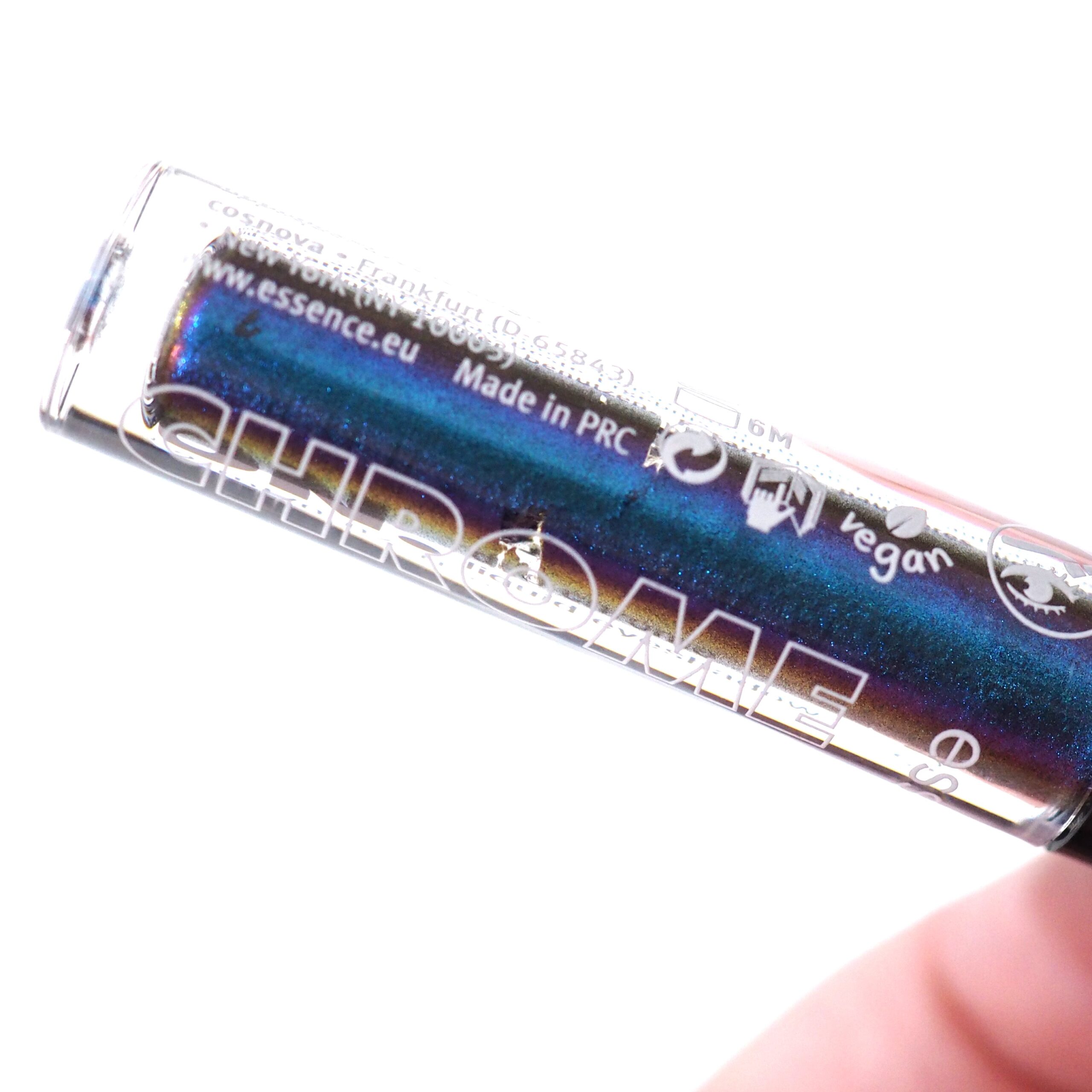 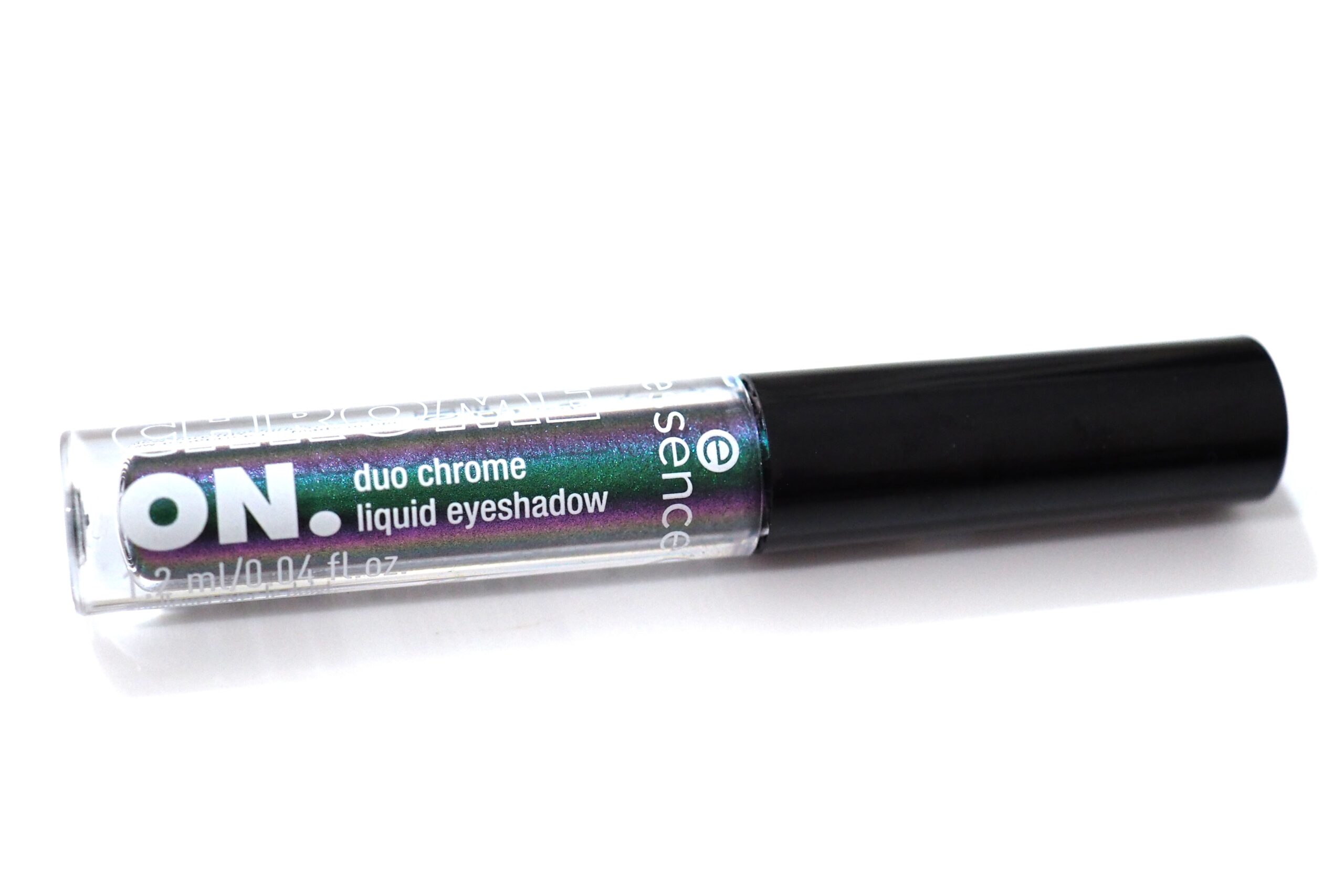 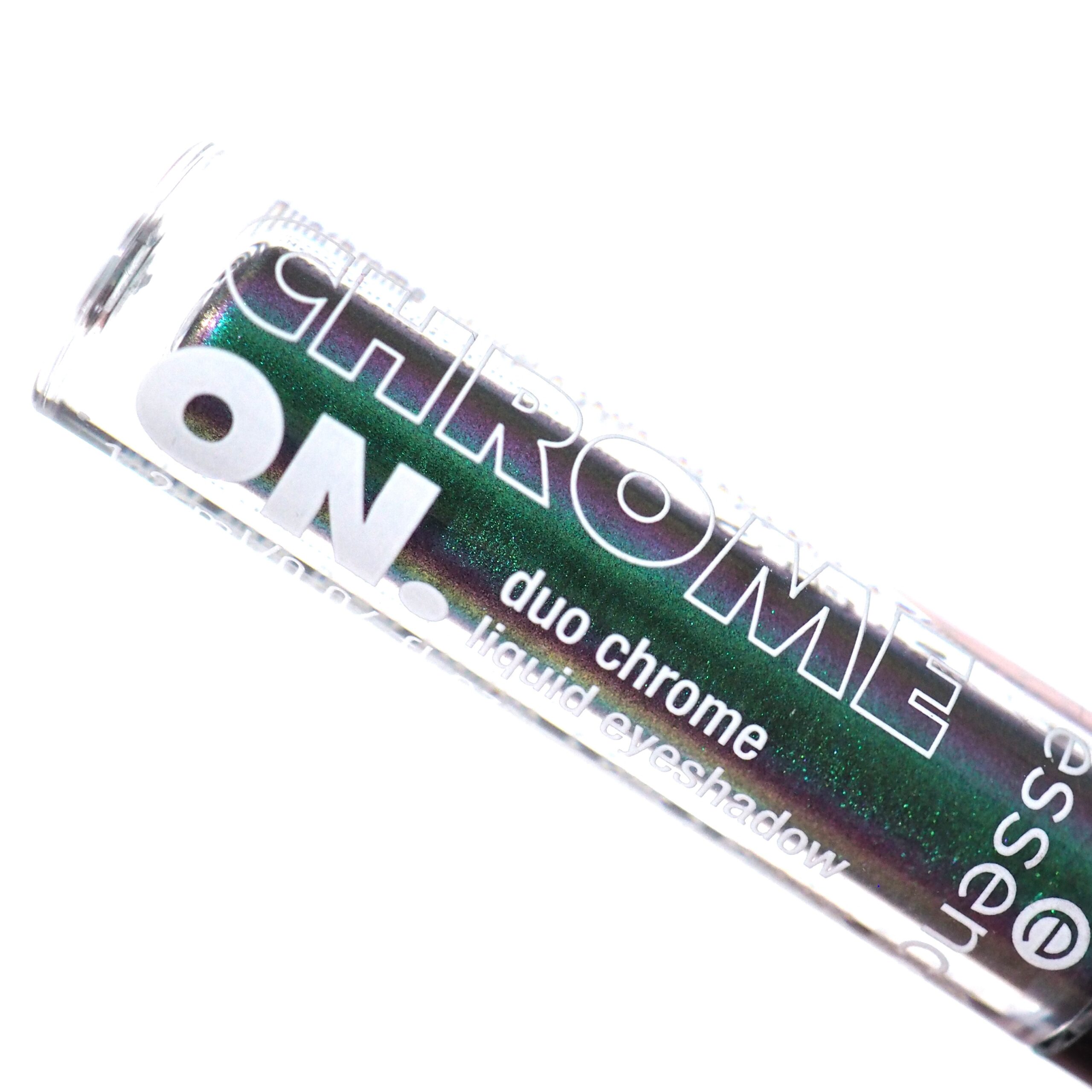 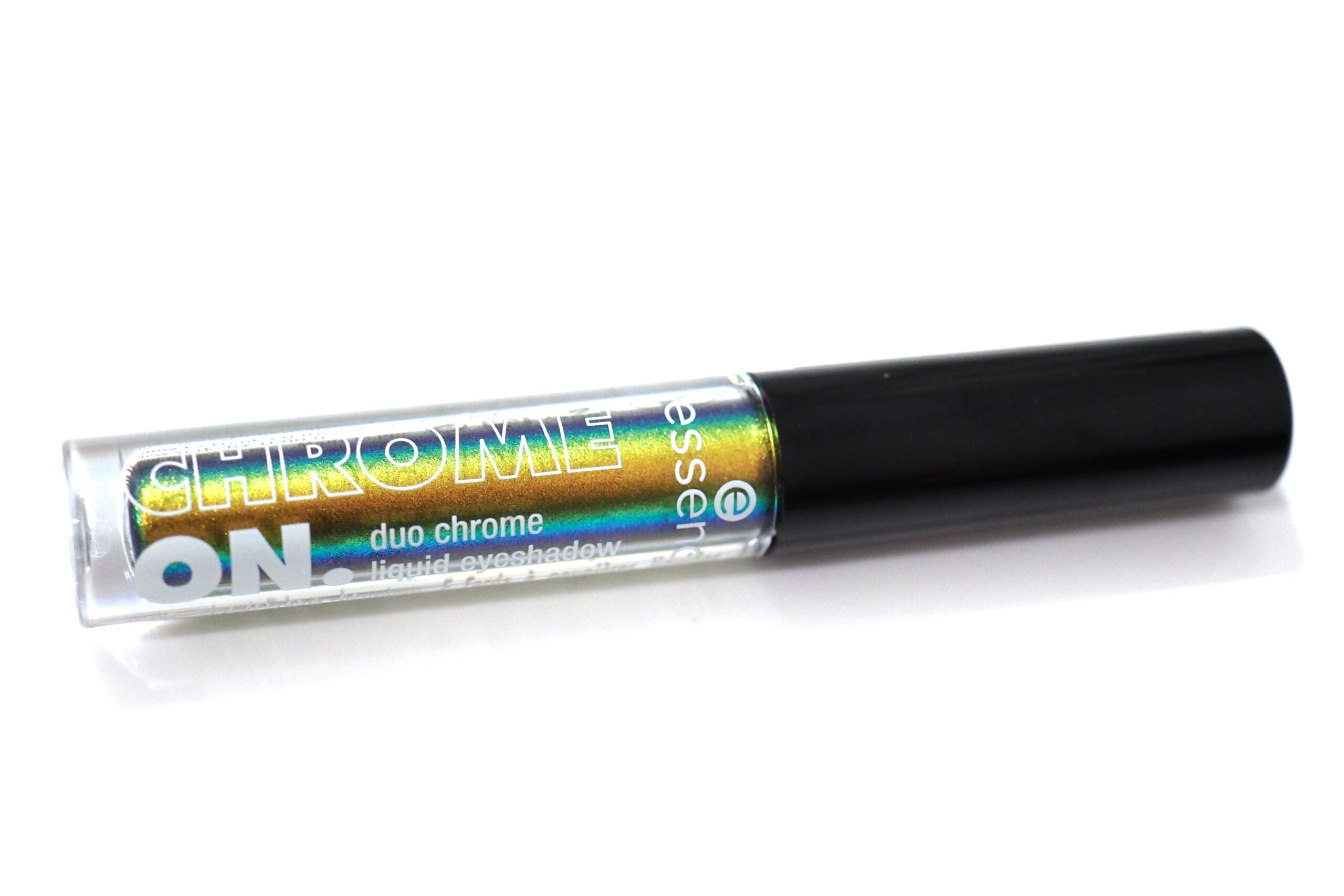 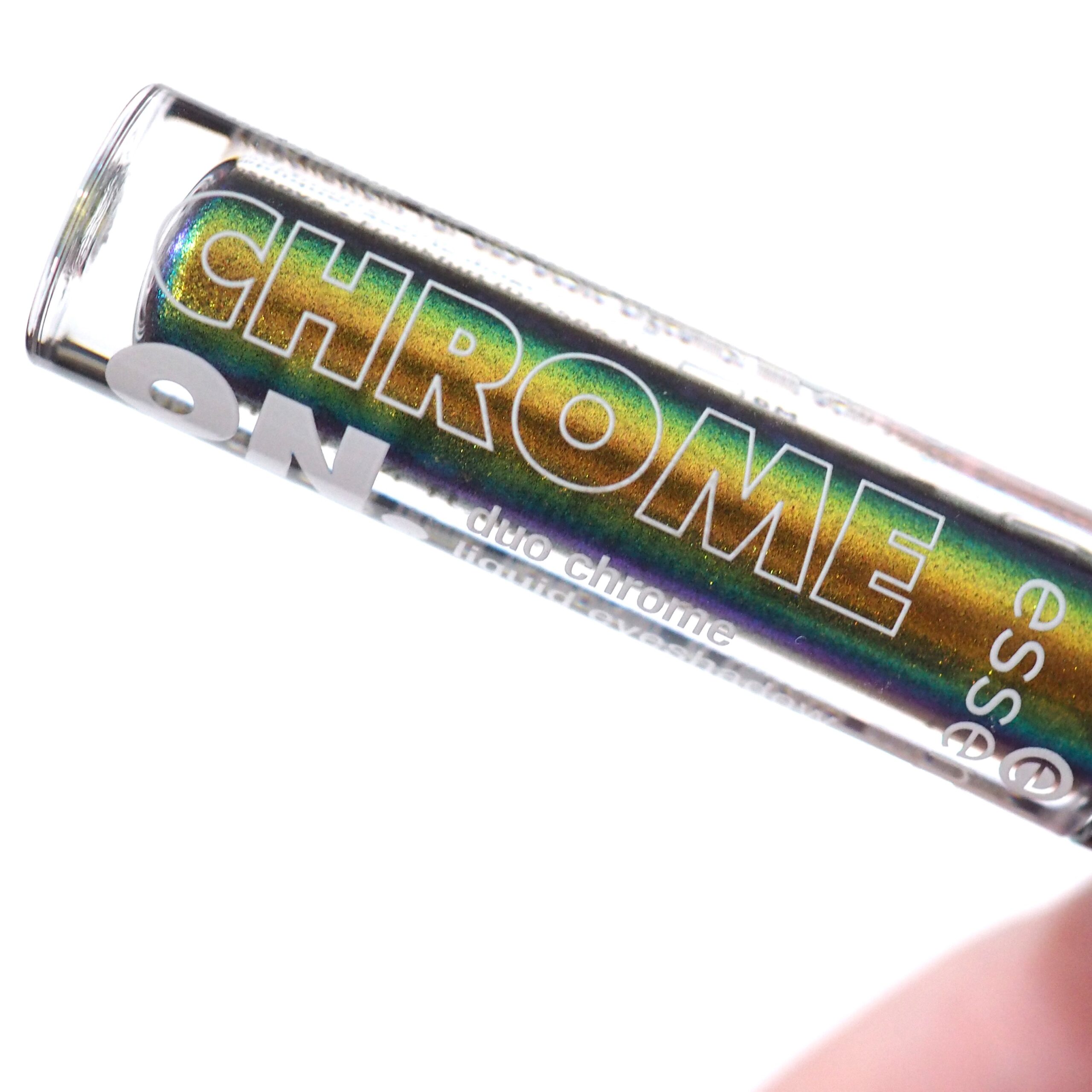 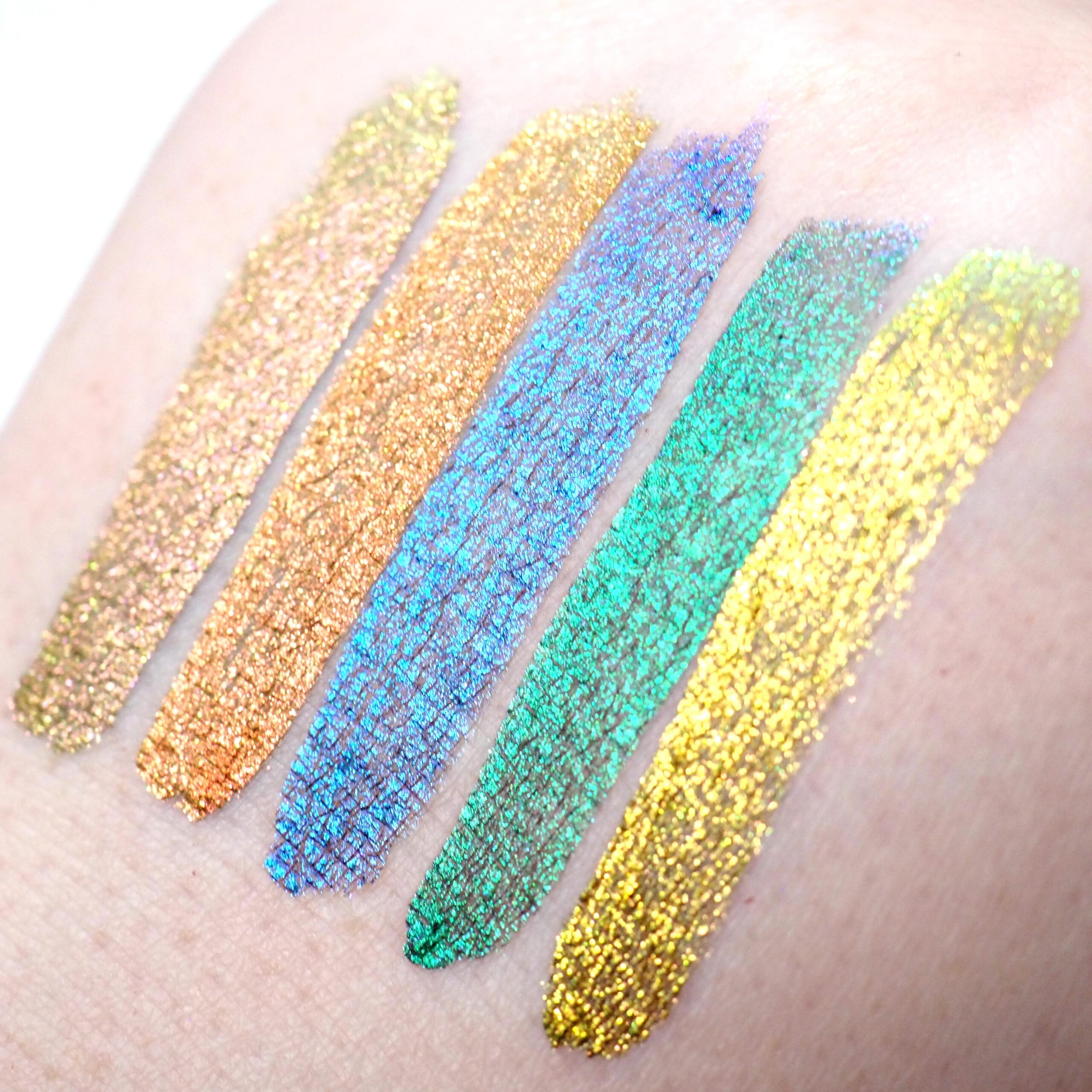 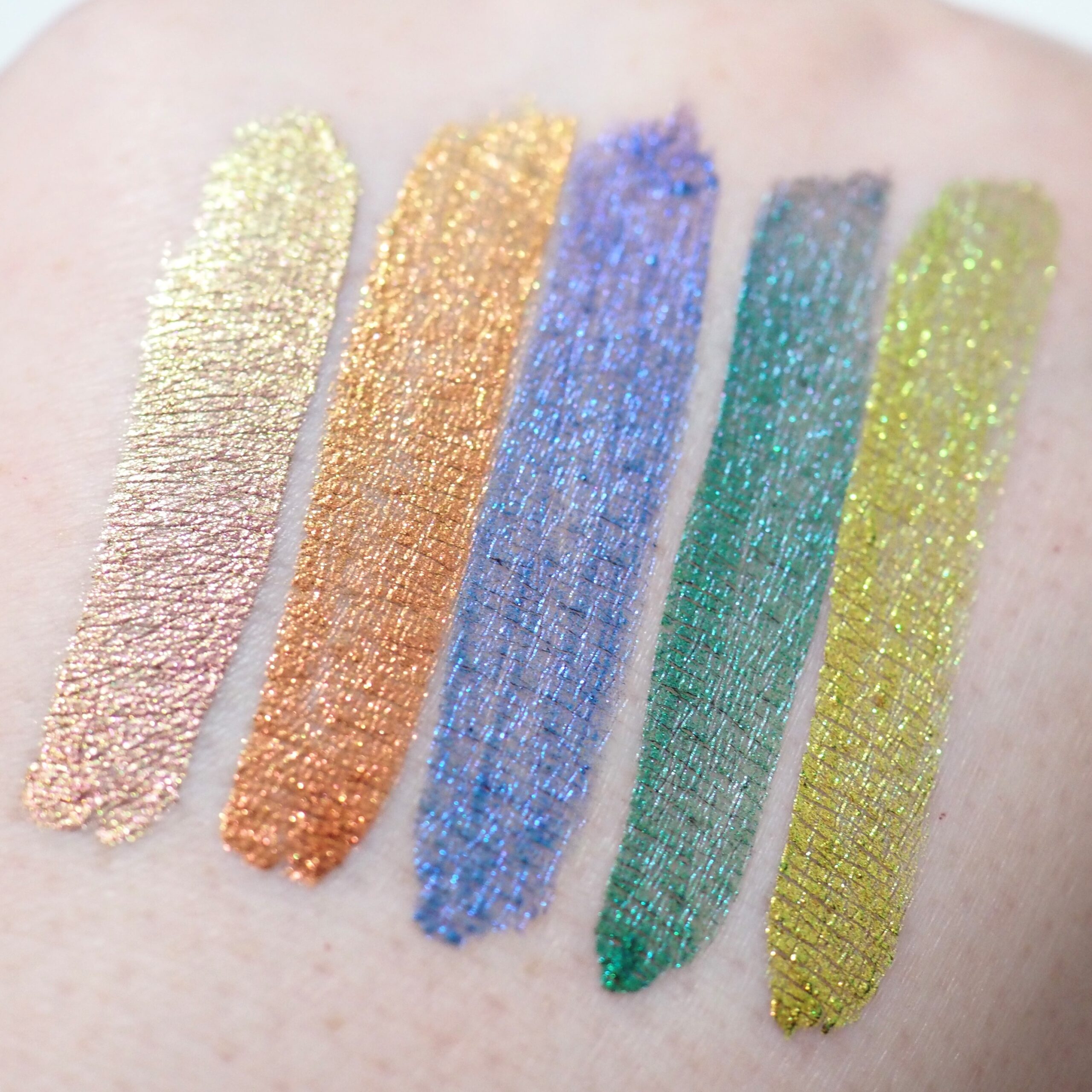 The Essence Chrome On Multichrome Liquid Eyeshadows have a doefoot applicator, with a liquid formula. They’re all quite sheer, compared to other liquid multichrome formulas I’ve tried, but they’re so hard to photograph, especially Oh My Chrome (the blue) and Chrom’azing (the green). 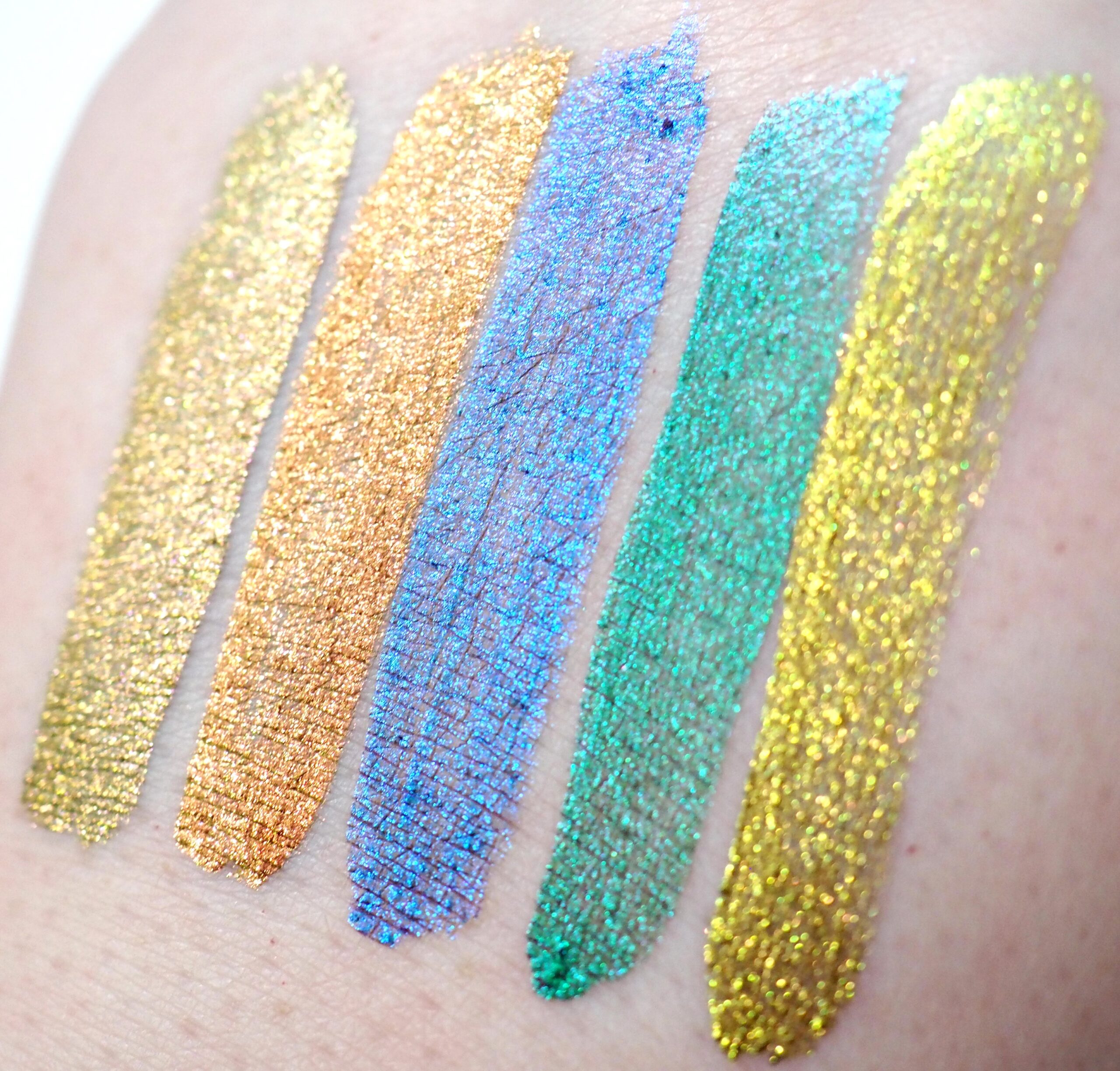 The best shade is Chrome, Over Beauty, and for £4.99, they are beautiful, and if you’ve never tried any higher-end formulas, I think you’d be super happy with these eyeshadows.

As I own all five shades of the Natasha Denona Chromium Liquid Multichromes, the Essence Chrome On Multichrome Liquid Eyeshadows aren’t as impressive or pigmented, but for under £5, they’re not bad, and I’m glad I was able to get my hands on them!