ELF announced their newest collaboration this weekend, with YouTuber JKissa. The ELF JKissa To The Rescue Palette is just one product within the collection, and it’s a beautifully colourful eyeshadow palette. 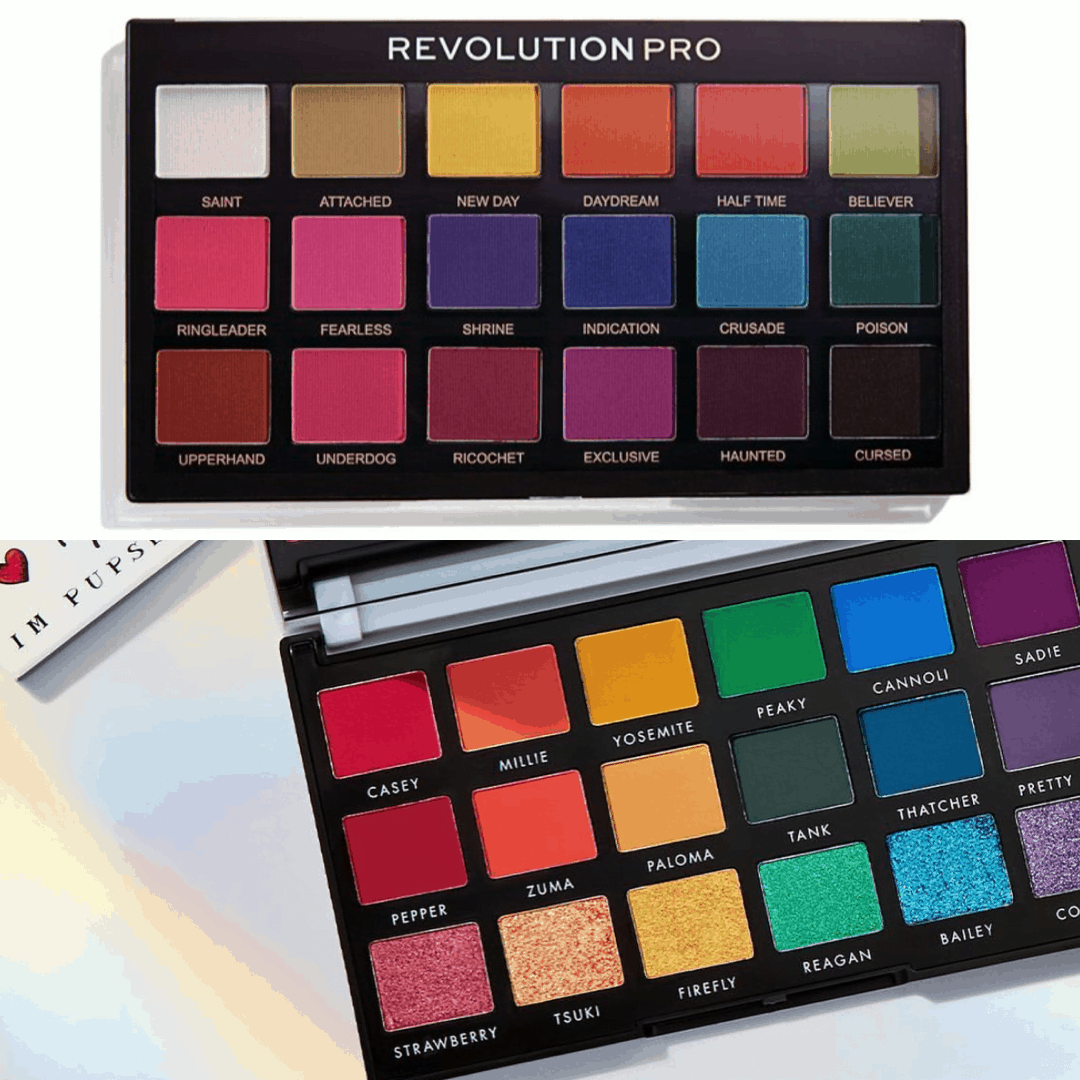 Whenever a new palette launches, everyone automatically tries to frantically search for a dupe. On Instagram, quite a few people are saying that the new ELF palette could be a dupe for a Revolution palette.

The word ‘dupe’ is thrown around so lightly within the beauty community, and just because a colour story is similar, it doesn’t automatically make it a dupe. 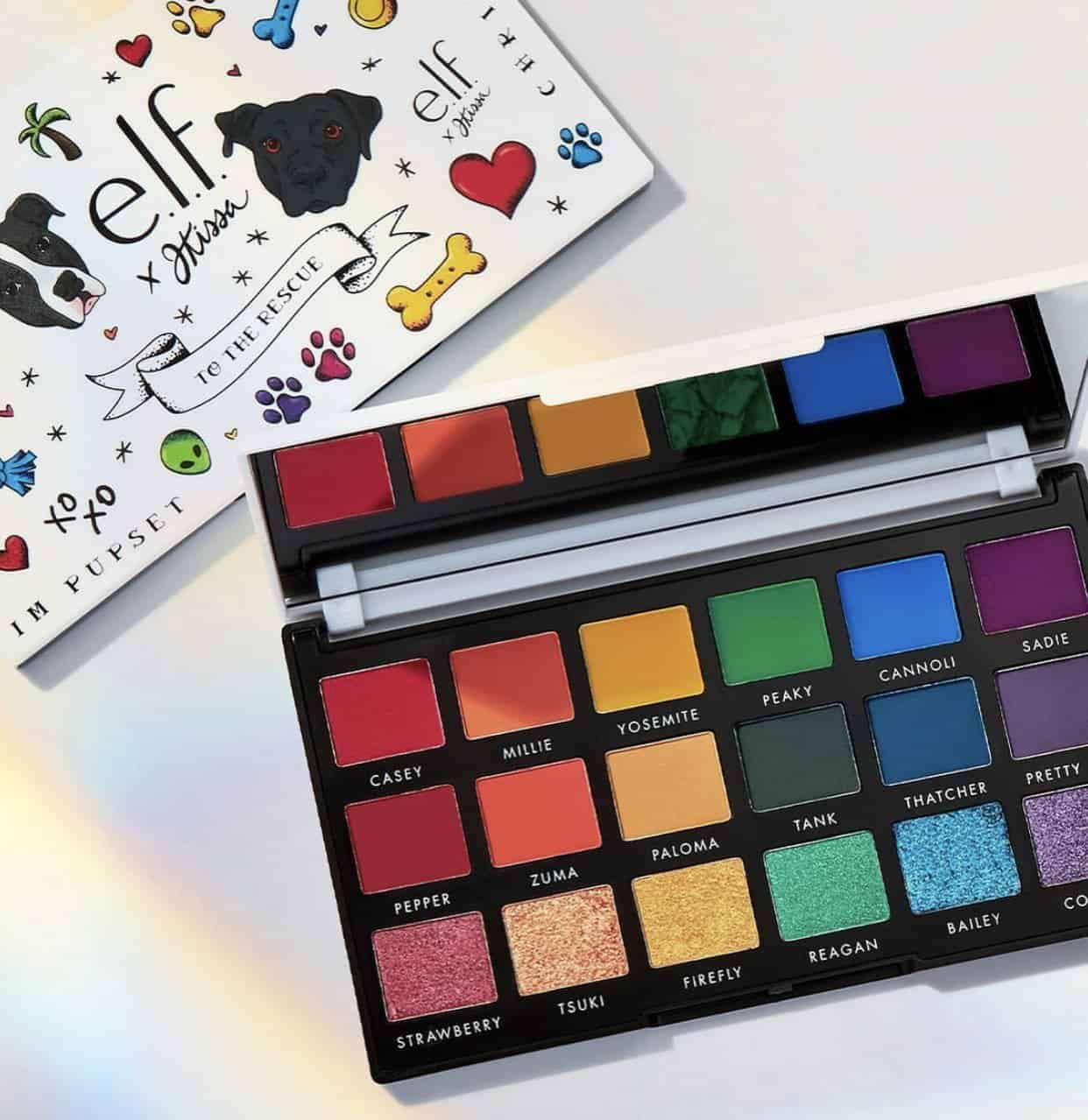 The ELF JKissa To The Rescue Palette is $18 and is limited edition with 18 powder eyeshadows, and every single shade is eye safe.

The palette features six rows, and each vertical row is a colour of the rainbow. Then for each of the colours (red, orange, yellow, green, blue and purple) there are three different shades.

The bottom row of the palette feature a mixture of both shimmers and pressed glitters, and the rest are matte shades.

This ELF JKissa To The Rescue Palette and collection are launching in time for June, which is Pride month and perfect timing for sure with the colourful rainbow theme. 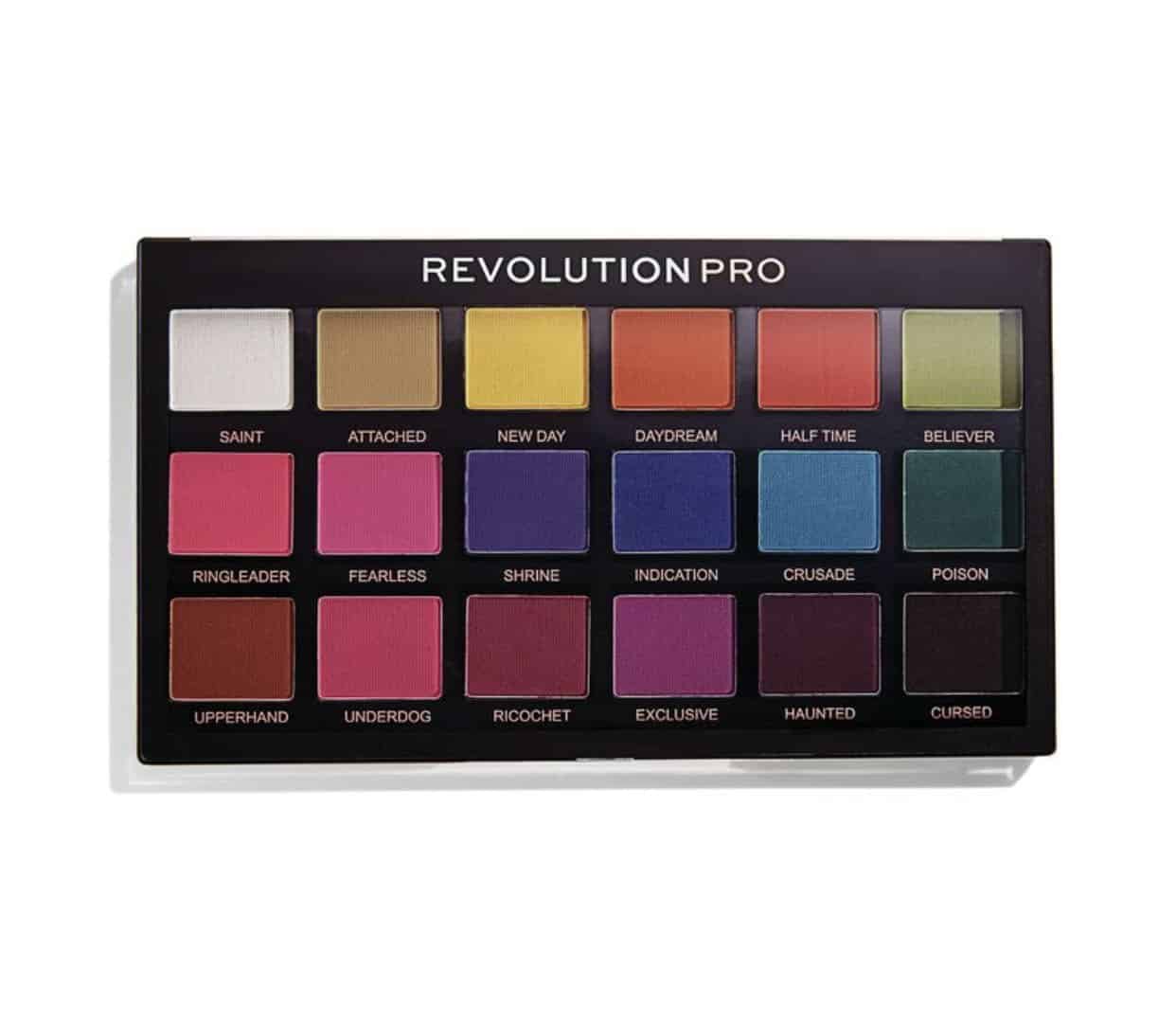 The palette that’s being described as being a ‘dupe’ is the Revolution Pro Mischief Mattes Palette which is £8.99 (was £8 but their prices have been hiked up).

This palette also features 18 powder shades with an identical layout in that the pan sizes are identical, with the shade names printed under each shadow.

ELF do numerous palettes in this very format, so it’s not a dupe in terms of layouts as ELF have done this layout for years now. 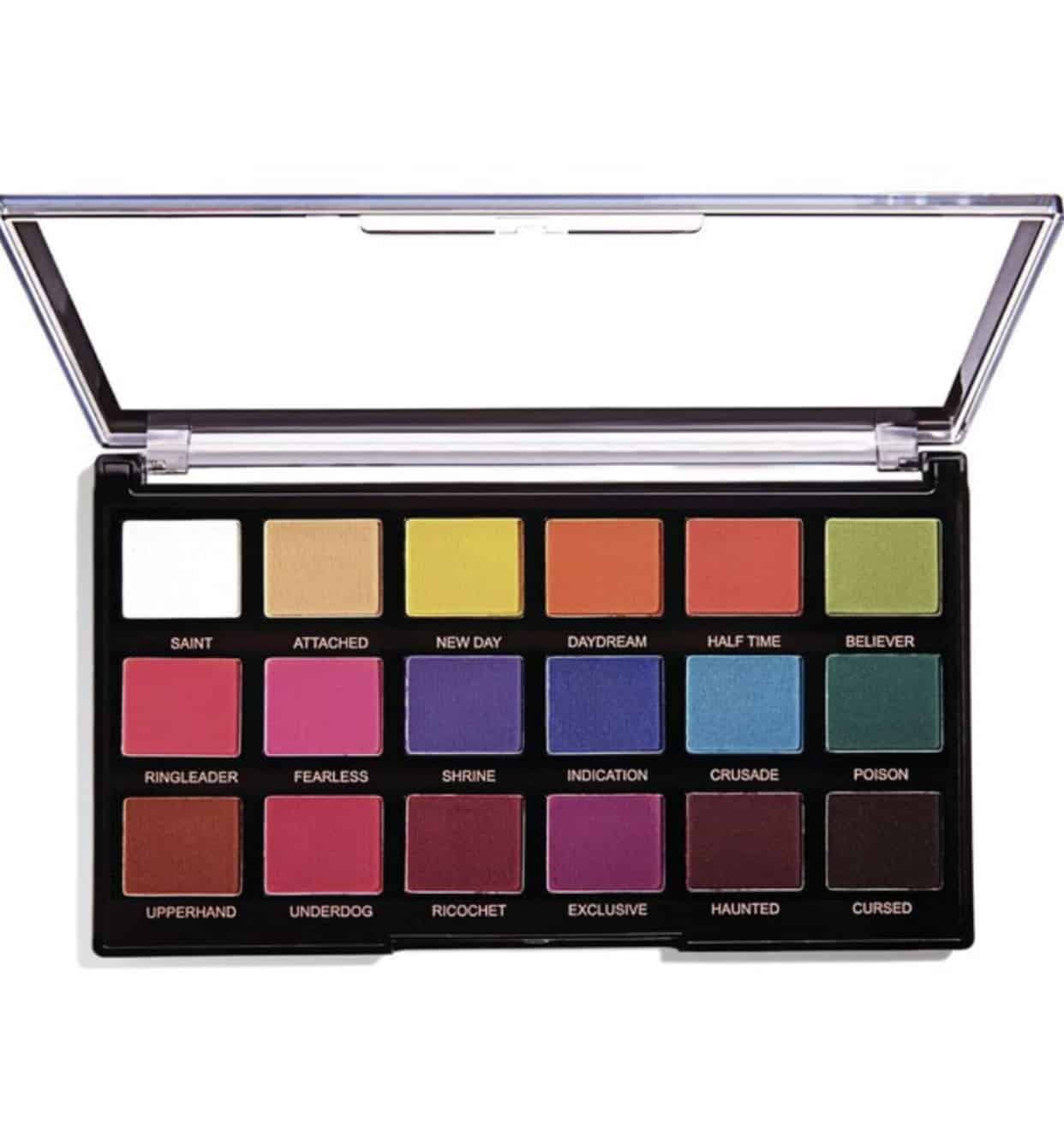 Is the Revolution Pro Mischief Mattes Palette a dupe for the ELF JKissa To The Rescue Palette? No I don’t think it is at all.

Like the name suggests, the Revolution palette contains only matte shades, and they’ve all very colourful. The ELF JKissa To The Rescue Palette contains mattes, but also shimmers and glitters too.

You’re only getting one shade per colour in the Revolution palette, whereas the ELF palette is giving you three shadows in the same colour.

Sure, the Revolution Mischief Mattes Palette has a red, orange, yellow, green, blue and purple. But the other shades are different tones completely.

For example, there’s only one red in the Revolution palette but three in the ELF JKissa To The Rescue Palette.

There’s only one yellow shade in the Revolution palette, but three in the ELF palette. I could go on, but you get the idea.

Revolution were definitely not the first brand to create a rainbow palette, if we’re being pedantic, MUA did one way before Revolution ever did.

If you like matte shades, and can’t get your hands on the new ELF x JKissa Palette, I think the Revolution version would suffice, but it doesn’t feature any shimmers or glitters so you’re going to be limited with the looks you can create.

All images belong to ELF & Revolution.