Does anyone remember the Dior DiorSkin Rosy Glow Blusher? It was a super popular blush of theirs, but it was discontinued. However we now why, it’s been reformulated and relaunched and it looks even prettier than it used to. The DIOR Rosy Glow Universal Blush is available right now, and you can find out all about it so keep on reading. 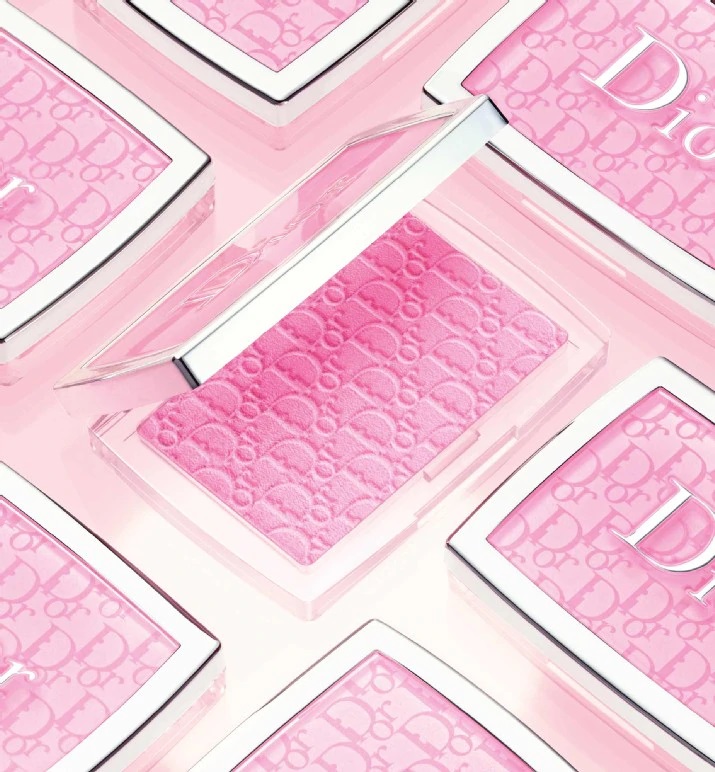 Th DIOR Rosy Glow Universal Blush is the Dior makeup artists’ secret weapon to create the appearance of naturally rosy cheeks for a fresh, glowy effect. It’s said to be infused with Colour Reviver technology, which reacts to the skin’s moisture level upon application for a customised rosy effect.

1. Apply Dior Backstage Rosy Glow using the N°16 Blush brush, lightly stroking across the tops of the cheekbones.
2. Wait a few moments for the custom, ultra-natural pink shade to develop. 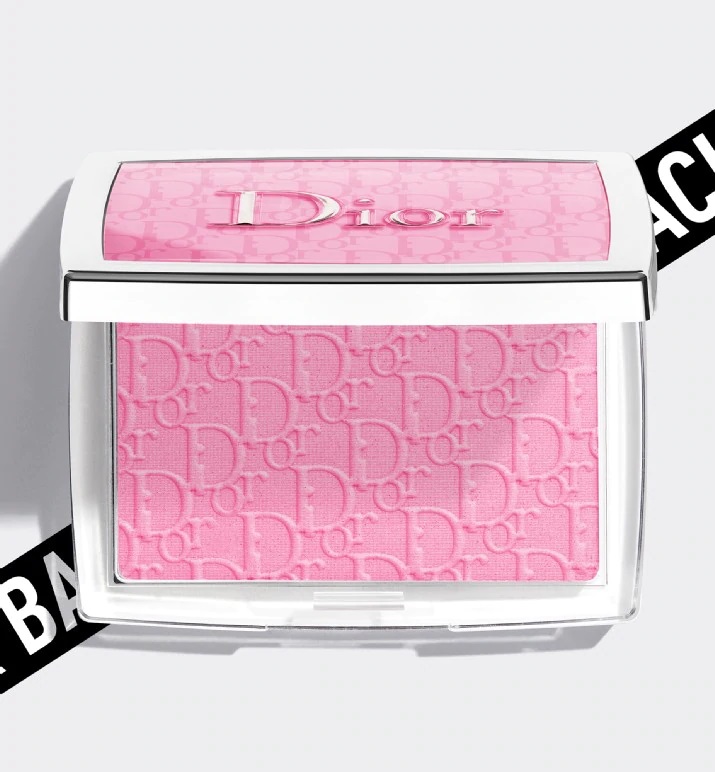 The DIOR Rosy Glow Universal Blush is £29.50, contains 4.6grams of product and is available in just two universal shades. There’s the 001 Pink shade, which is the shade shown in the photo above, and there’s 004 Coral – both of which are super pretty, and wearable. The old version of the Dior blush used to come in a chunky, silver metallic compact with a brush applicator and it was just so bulky.

The new DIOR Rosy Glow Universal Blush has been revamped, and the brush has been ditched completely. It’s now in a very sleek, clear lidded compact with no excess packaging. The powder has a raised DIOR branded design, and it just looks a lot more modern compared to their old packaging style.

I don’t know if it’s a gimmick when brands claim this, but the DIOR Rosy Glow Universal Blush is said to have Colour Reviver technology, where it is said to react to the skin’s moisture level upon application for a customised rosy effect.

Both shades are very pretty, and I’m very tempted but if I had to choose just one of the two DIOR Rosy Glow Universal Blush shades, I think I’d have to choose the Coral as it looks like the perfect spring and summer peachy toned blush.

All images belong to DIOR.