The DIOR Mono Couleur Couture Eyeshadows launched back in March, as part of a 48-hour preview sale. DIOR has recently done this a few times, where they’ve launched a product but only for a very limited time, and then go on to do a full launch weeks/months later. 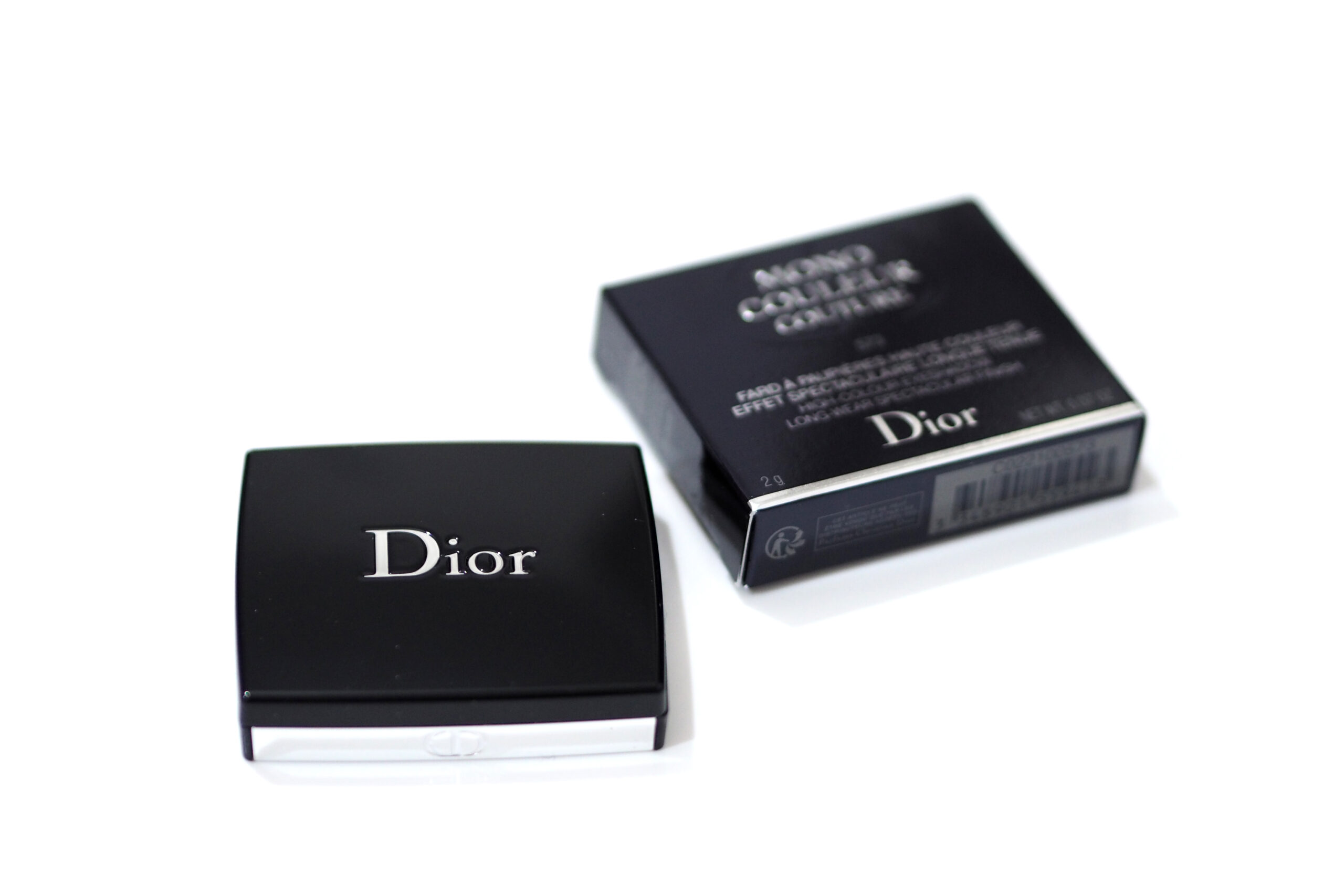 When the DIOR Mono Couleur Couture Eyeshadows originally first launched back in March, there were just five shades available, but now the full range is available, and there’s a total of 21 shades, which is a pretty decent shade range for a collection of mono eyeshadows. 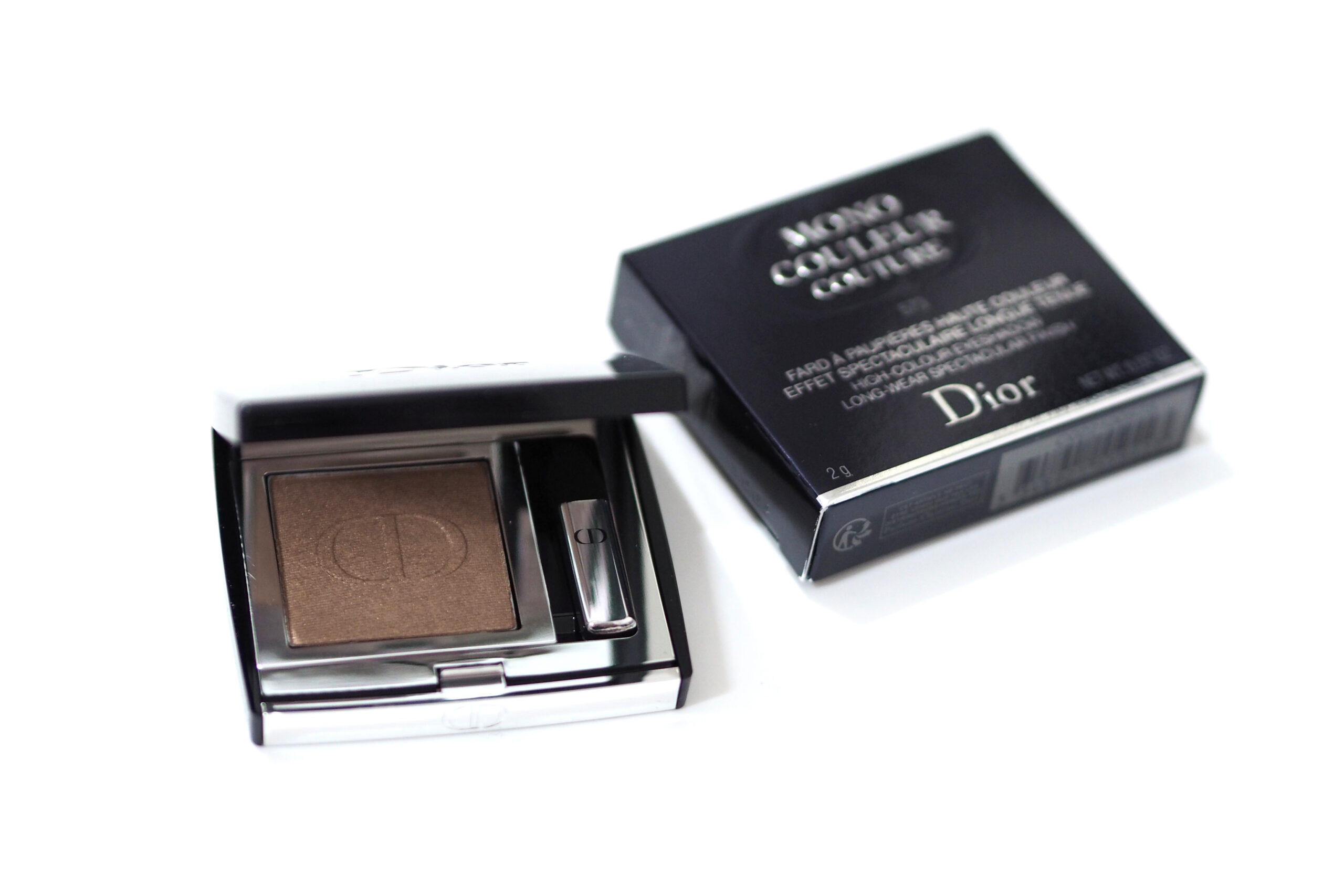 “In its new couture case, the iconic Mono Couleur Couture eyeshadow draws inspiration from the emblematic House of Dior colors, offering a variety of spectacular shades and effects across: velvet, matte, satin, metallic and glitter. 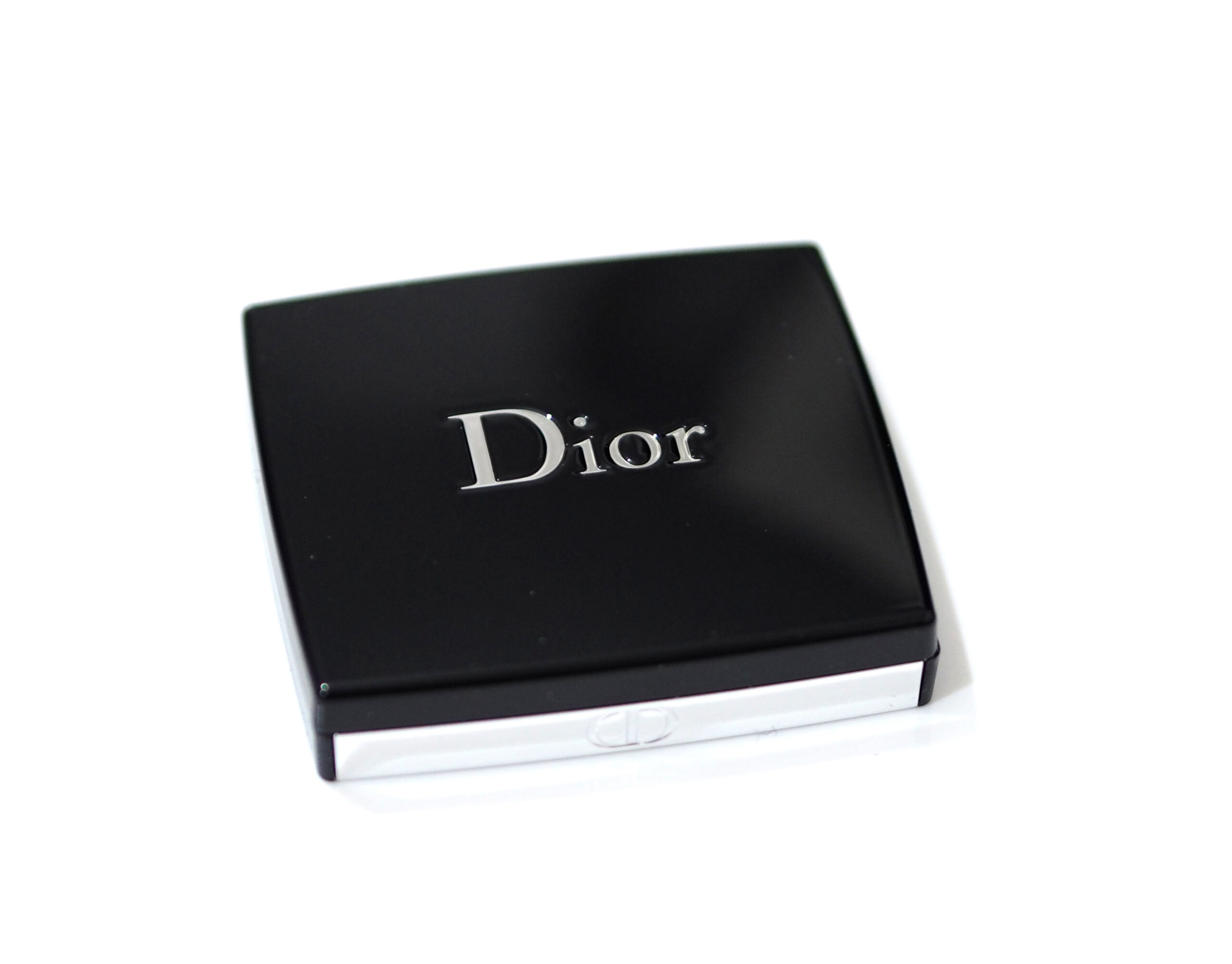 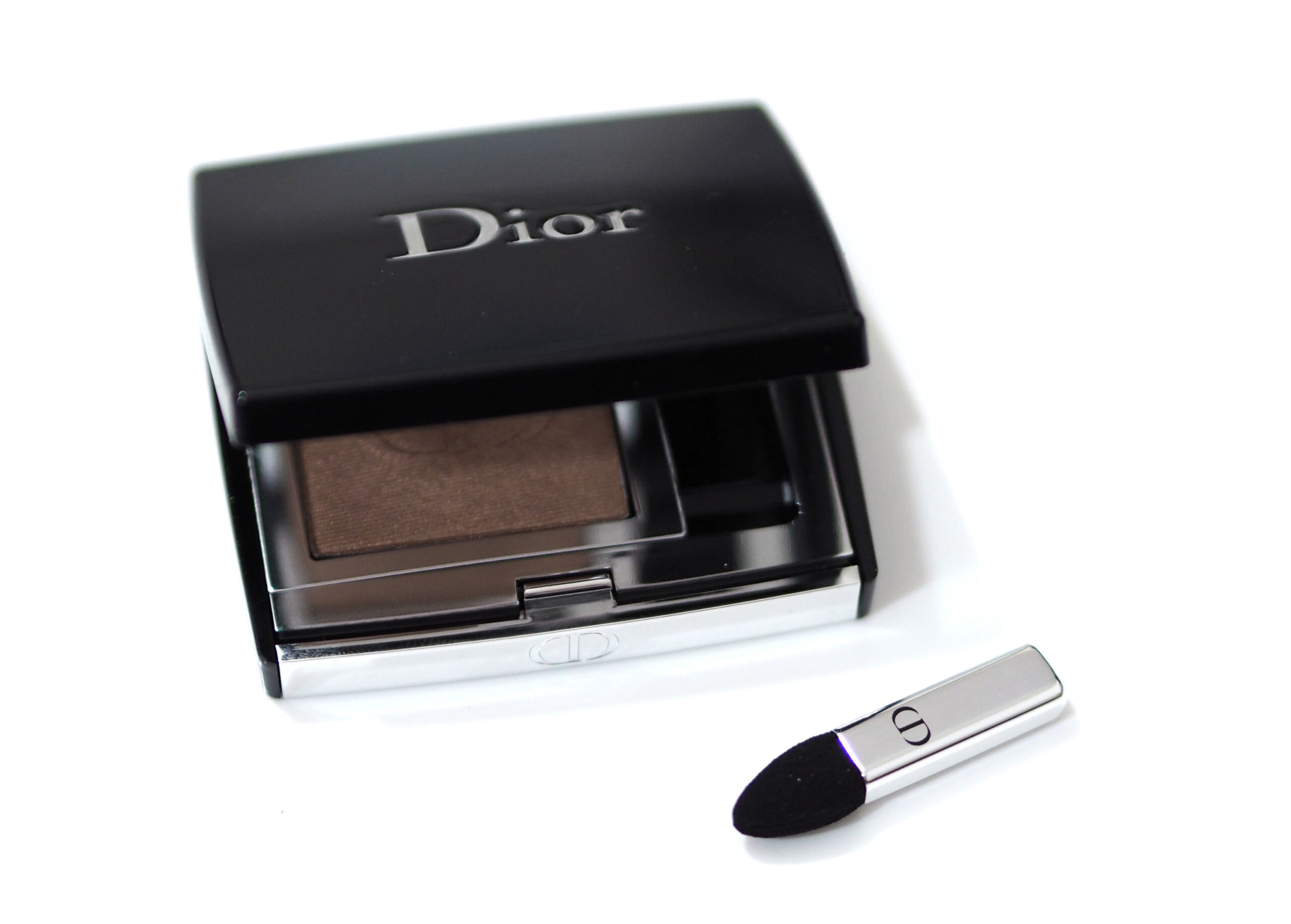 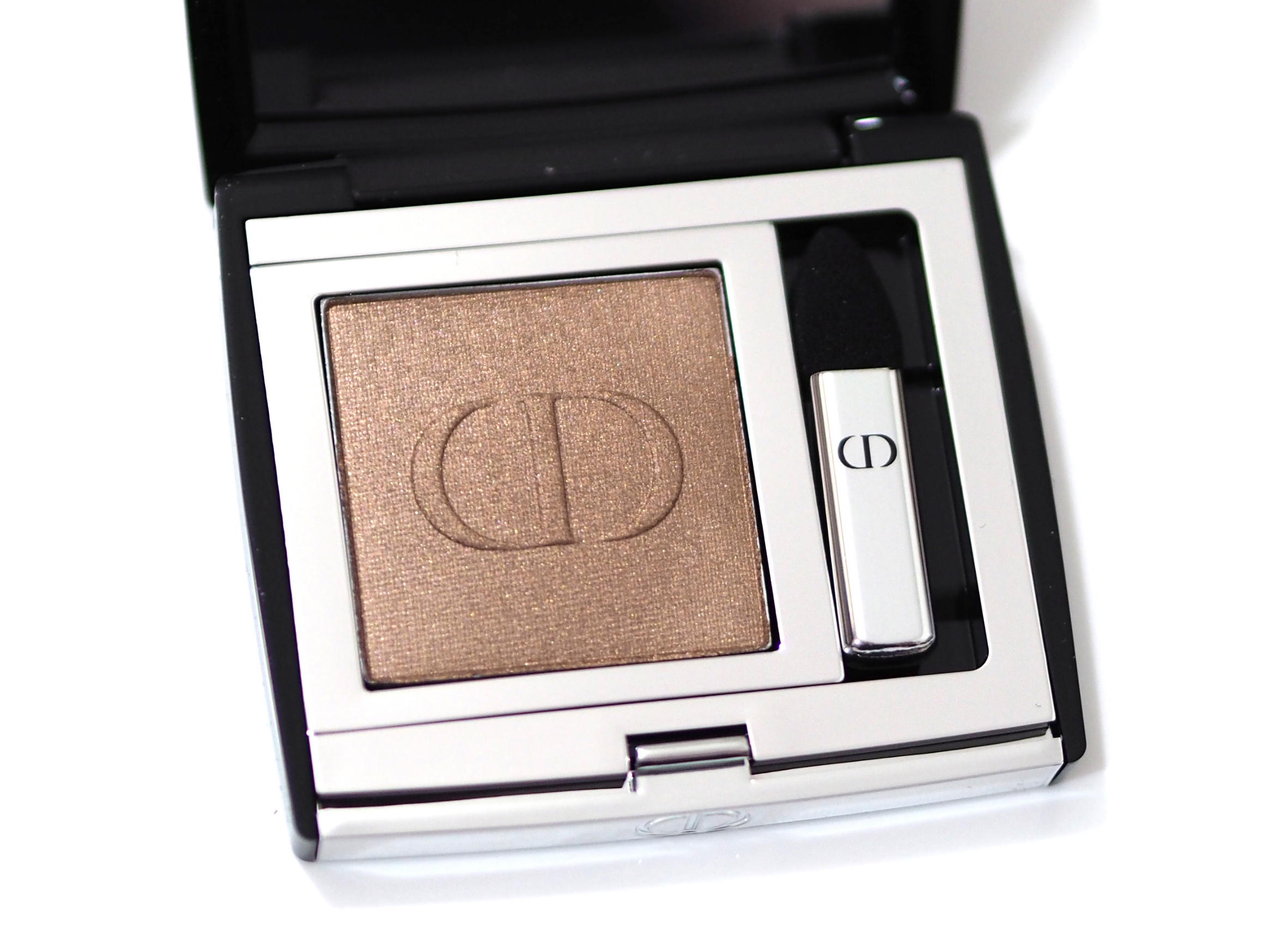 On the eyeshadow pan, there’s a raised Christian DIOR logo which is a nice finishing touch to the shadow. The shadow contains 2g of product, which is a generous size for a mono eyeshadow. I always use the same comparison, but a full sized MAC eyeshadow is 1.5g, so 2g is a very decent size.

From the 21 shades on offer, I chose the DIOR Mono Couleur Couture Eyeshadow in the shade 573 Nude Dress, which DIOR describes as being a deep satiny beige eyeshadow. The description really doesn’t do the shade justice whatsoever, as there’s absolutely nothing ‘beige’ about this shade. 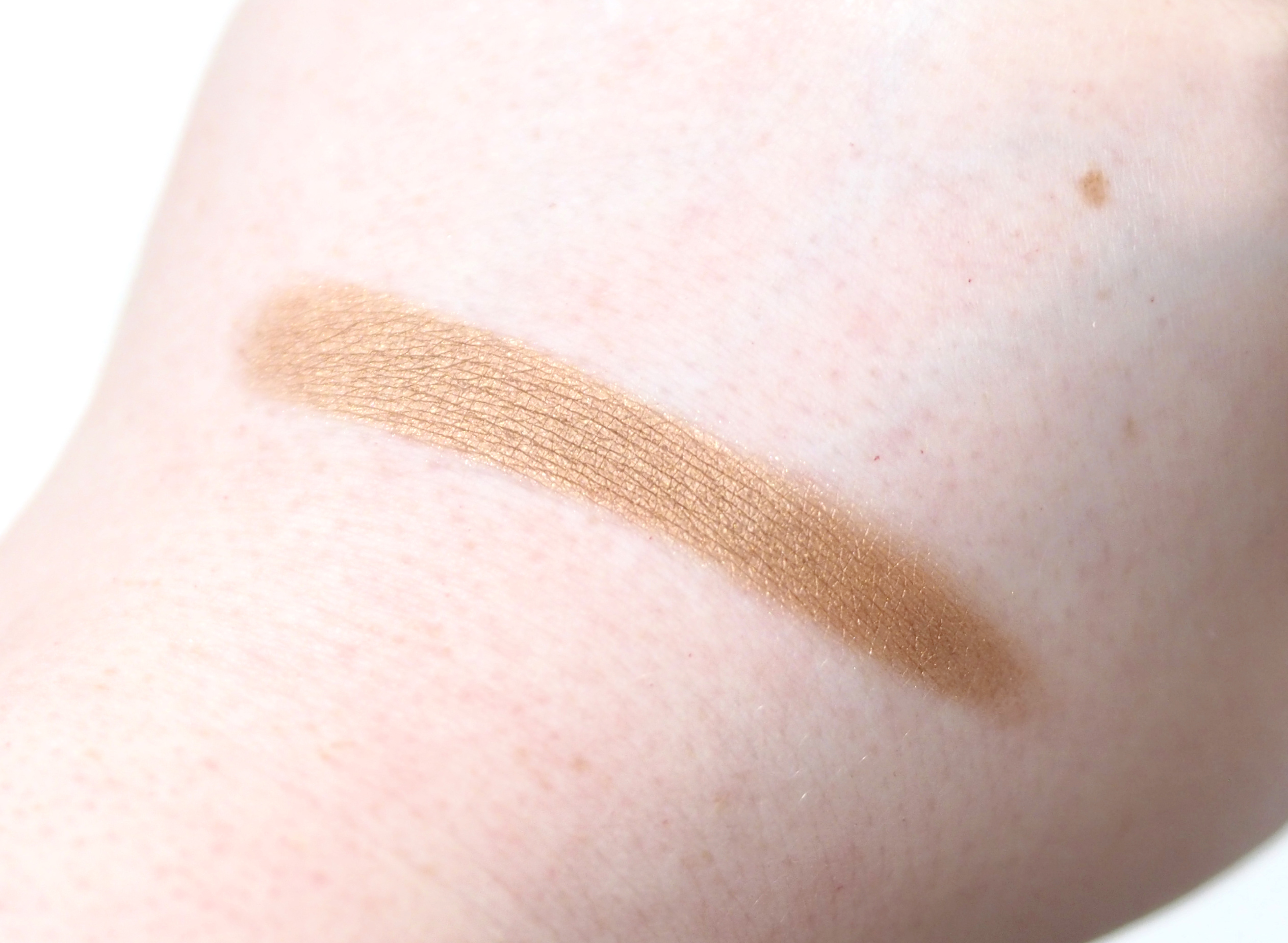 The DIOR Mono Couleur Couture Eyeshadow in 573 Nude Dress is a gorgeous shimmery medium brown shade with some golden shimmer. It is so, so much prettier than the stock images on the DIOR website, and it’s definitely shimmery rather than being satin like the brand claims.

It’s such a beautiful shade, and it’s the kind of shade which makes your eye makeup look as if you’ve applied multiple different eyeshadows, when in fact you’ve only used one.

It works beautifully as a one and done shadow, but also smudged along the lashes as a liner with the pointed sponge tip applicator within the compact, and it’s just the perfect shimmery brown both in terms of colour and also formula too, and I’d definitely buy more of these DIOR mono shadows.