Every year, Bobbi Brown launches a special edition of their Pot Rouge For Cheeks and Lips, and keep on reading to find out more… 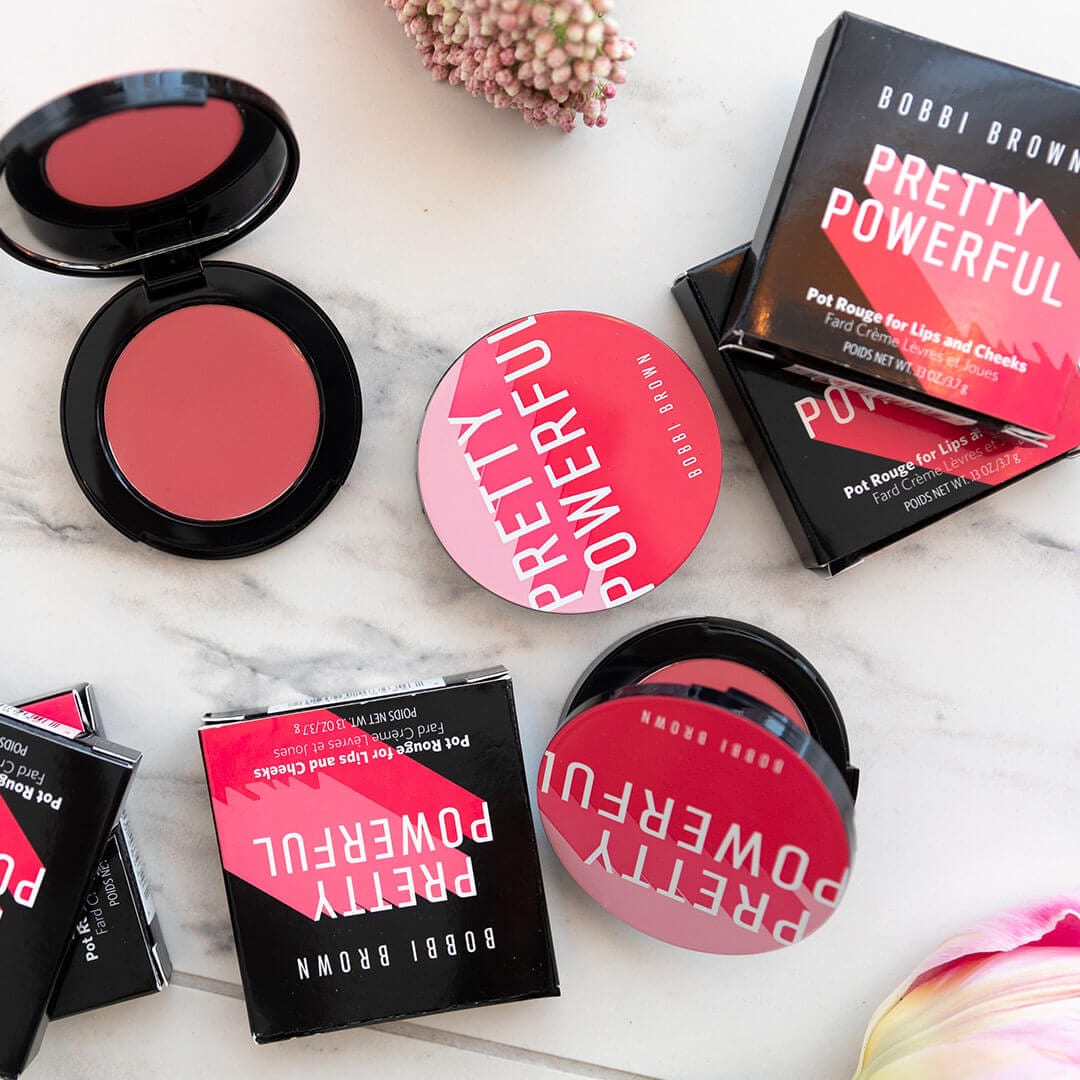 2022 is the ninth consecutive year of the Bobbi Brown Pretty Powerful campaign, which was founded to celebrate International Women’s Day. It originally launched in March 2013, with the campaign being targeted at promoting confidence in women through natural beauty. It has now evolved into a ‘philanthropic project’ in partnership with UK Charity, Smart Works. The organisation exists to empower unemployed women to enter the workforce by harnessing the power of clothing, coaching and confidence.

The campaign to date has raised in excess of £750,000, through product sales and online checkout donations, which is just amazing. The Bobbi Brown Pretty Powerful Pot Rouge 2022 is a cream blusher which can be used on both the lips and cheeks, and is in one shade, described as being a ‘medium true pink’.

This year’s design is the original black, circular compact with a bright pink printed design on the lid, with bold lettering of the Pretty Powerful name.

It’s marketed as being two products in one, giving cheeks a light flush and lips a softly stained effect. It’s a super pretty shade, and a very worthy campaign, so if you want to contribute, you can purchase this year’s Pretty Powerful Pot Rouge right now.