I bought the Bobbi Brown Liquid Mercury Luxe Rich Lustre Eyeshadow when Bobbi Brown were running a 20% discount across their website, as it was different to any of the shades I already own. 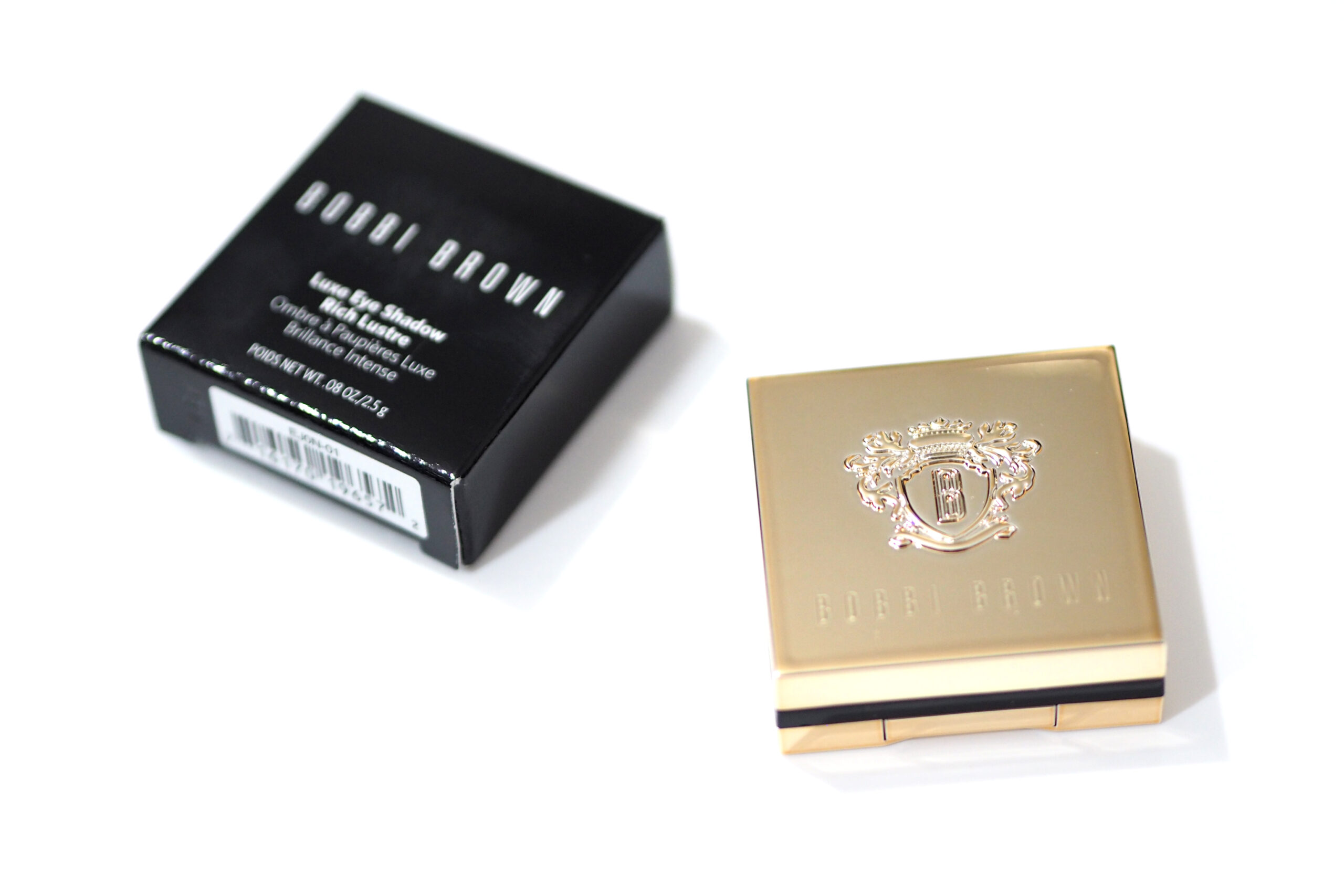 I first discovered my love for the Bobbi Brown Luxe Eyeshadow with the Bobbi Brown Rosy Glow Luxe Eye Quad, and ever since, I’ve purchased every new and limited edition shade they’ve launched, as it wowed me so much. 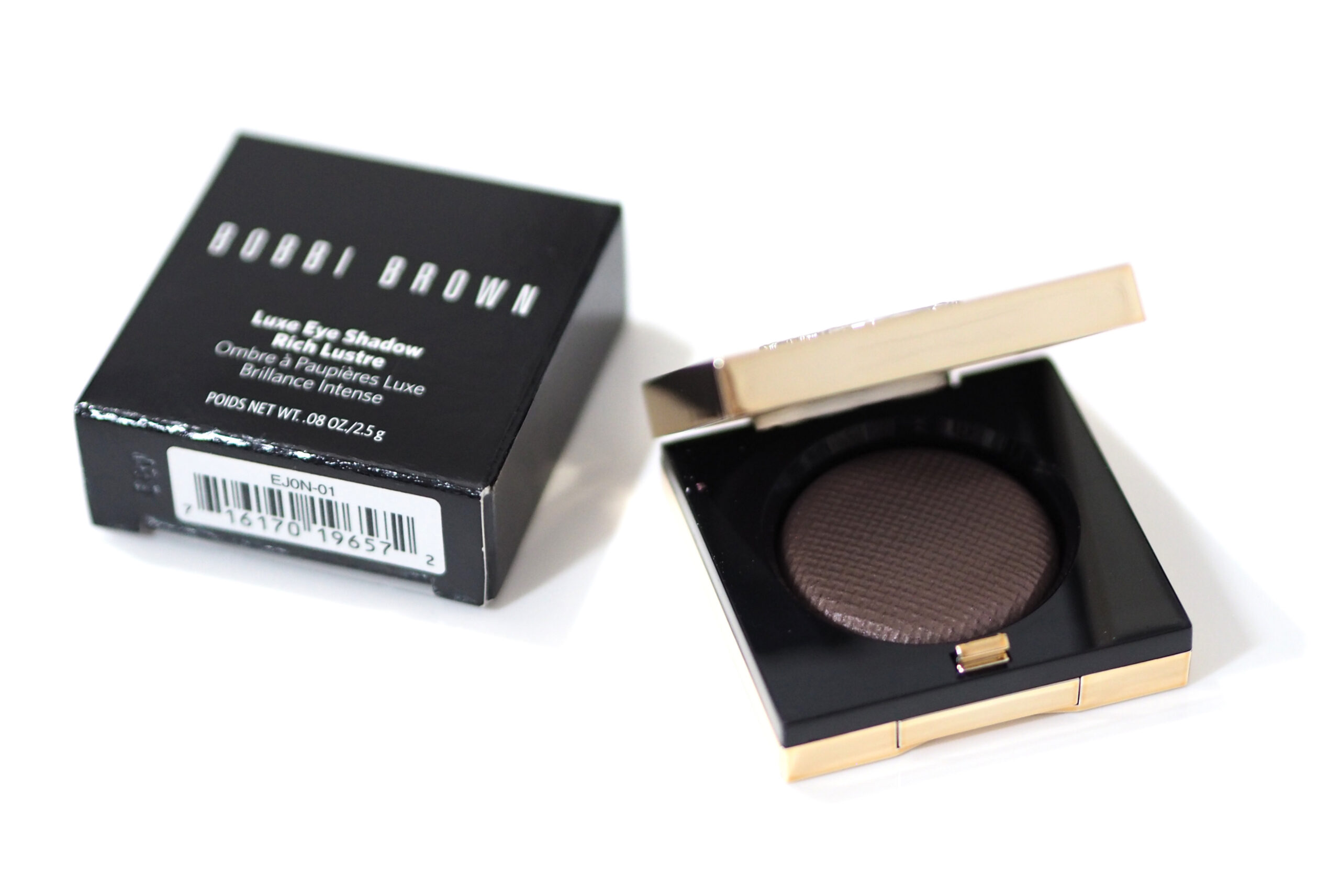 In three new lustre, metal and sparkle finishes, this molten shadow can be applied dry for instant impact or applied with a damp brush for a liquid metal look.“

The Bobbi Brown Liquid Mercury Luxe Rich Lustre Eyeshadow is part of the brand’s permanent shade range, and can be purchased individually instead of being in a palette. 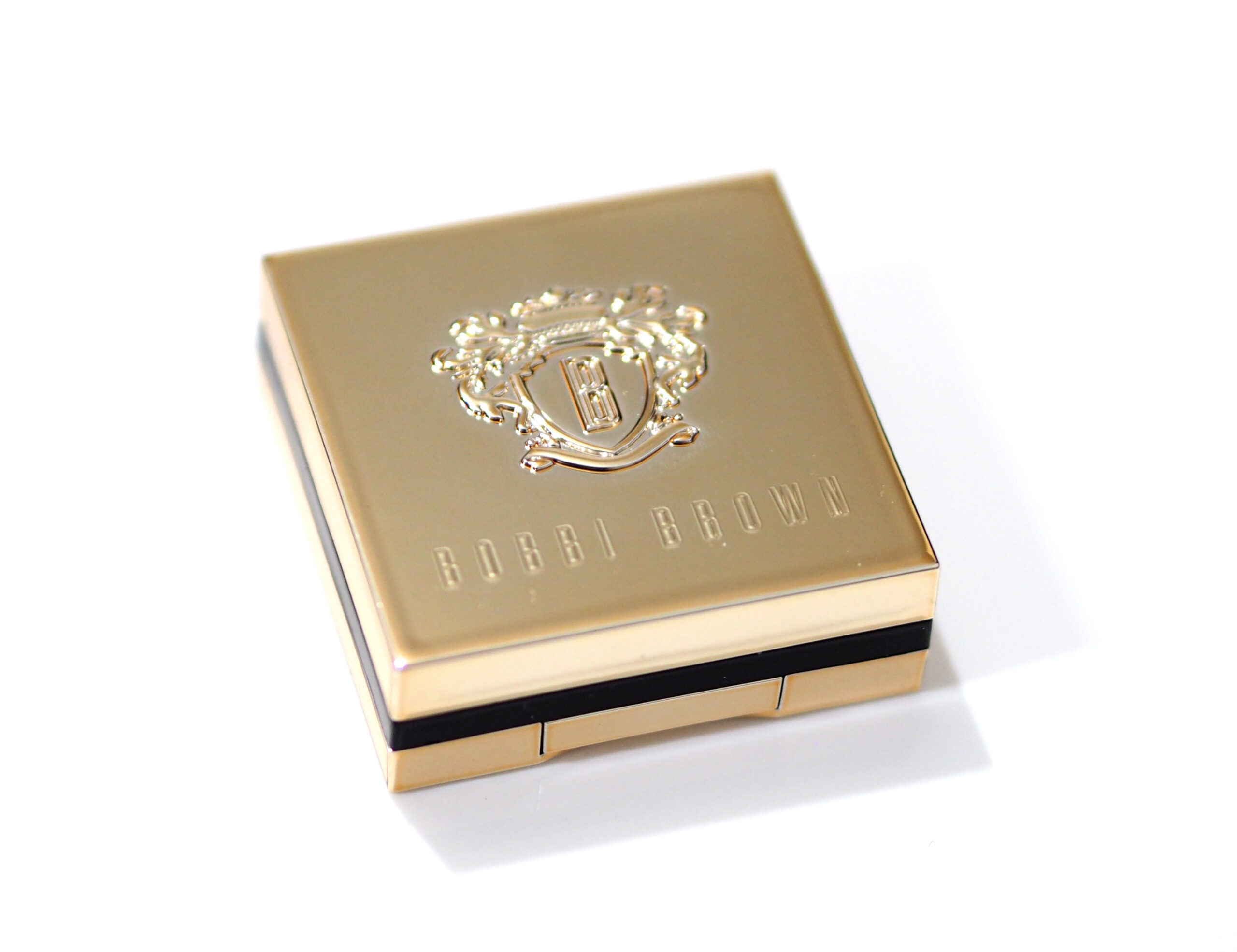 Each of the full size individual shadows are £28 / 38, and they contain 2.5g of product within a stunning gold, metallic square compact. On the lid of the compacts, the Bobbi Brown is raised, and the compact opens by pressing a golden button on the base of the compact. 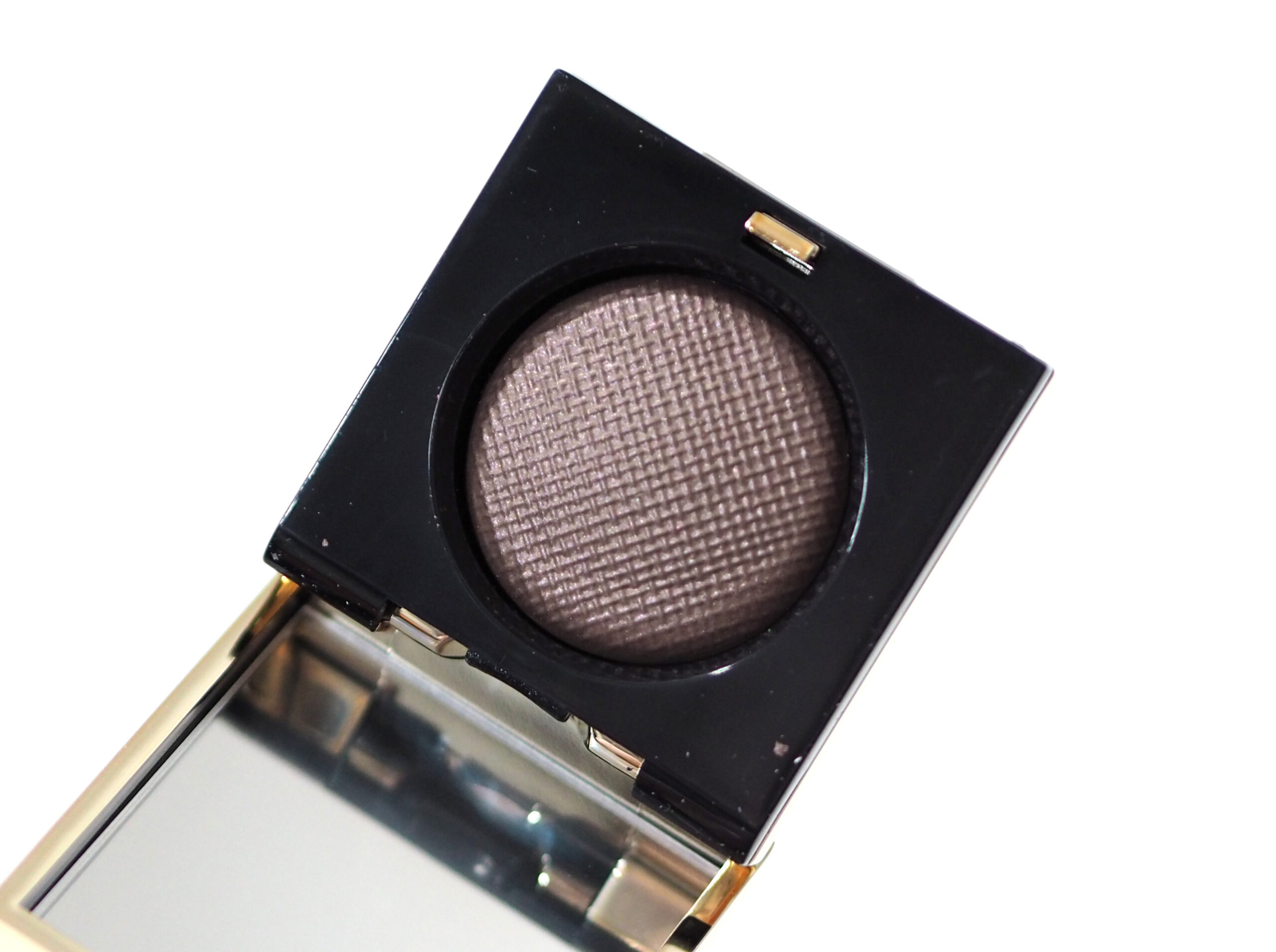 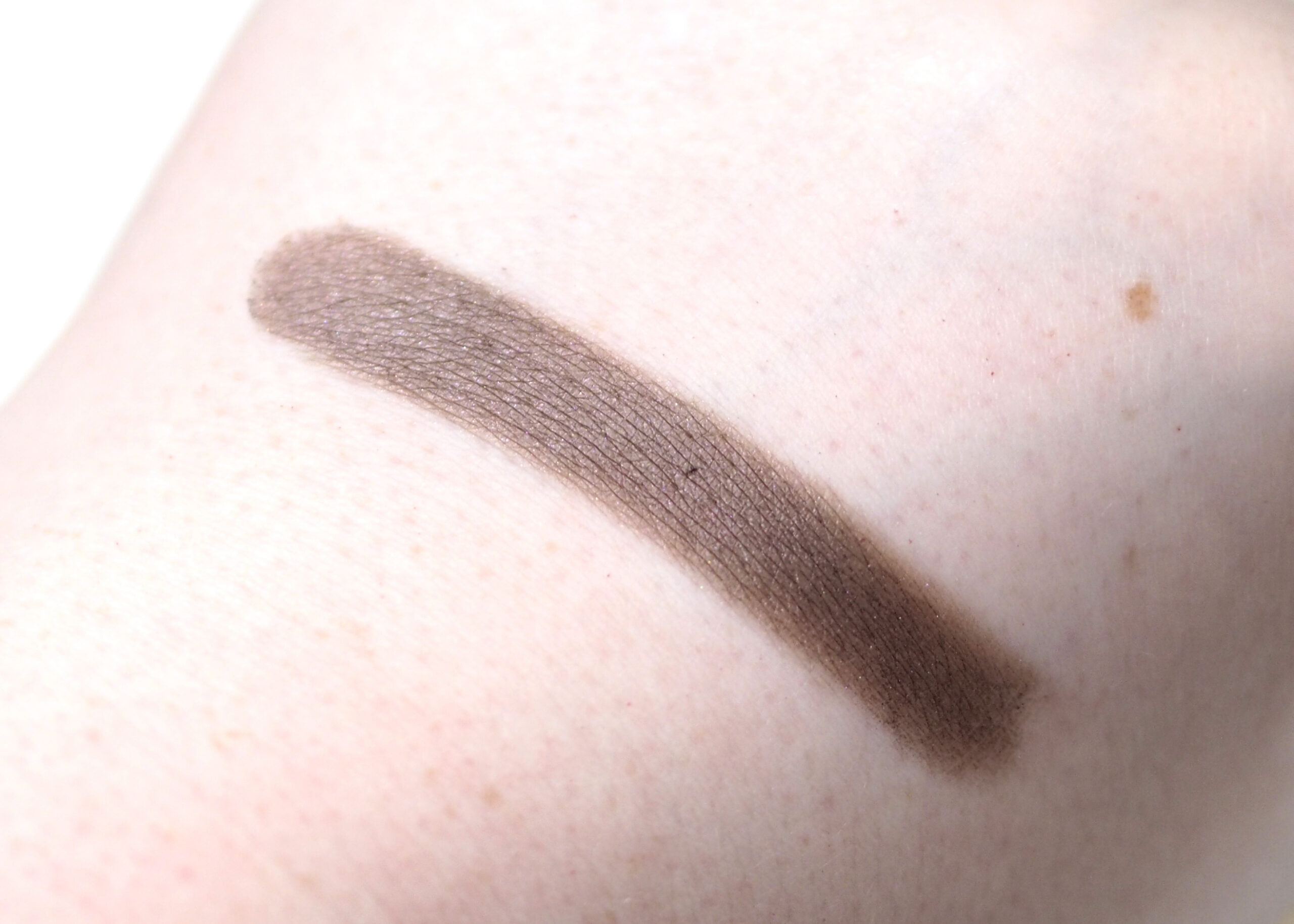 This Bobbi Brown Liquid Mercury Luxe Rich Lustre Eyeshadow shade is described as being a grey purple mauve shimmer, but it’s a little different to that.

It actually has a matte purple brown base, with some copper and purple sparkle. I do wish it was more shimmery, but it doesn’t have very much ‘shine’ on the lids.

It’s also a lot deeper than I thought it would be from looking at the stock images on the Bobbi Brown website, but it’s still a pretty shade, and looks amazing smudged into the lashline as liner.