Aldi have made quite the reputation for themselves with their beauty range, and they have a whole range of Aldi Lacura mascaras, all of which have been created to be dupes for other popular mascaras within the beauty world. 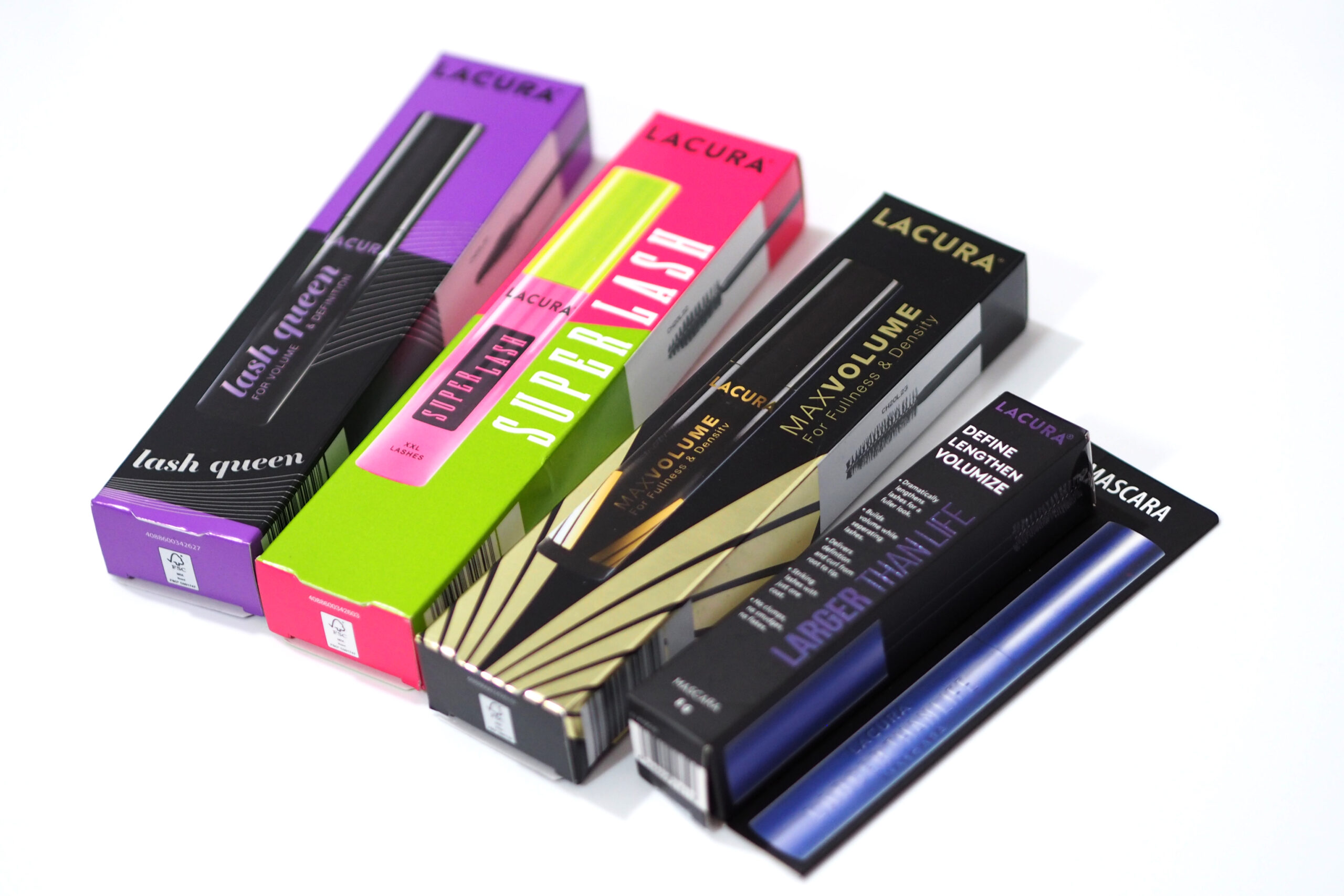 I’ve tried a lot of the Aldi Lacura beauty products, and many of their dupes genuinely give the higher end version a run for their money, but equally, products like the Aldi Lacura Miracle Oil don’t come close to the original Elizabeth Arden Miracle Oil. 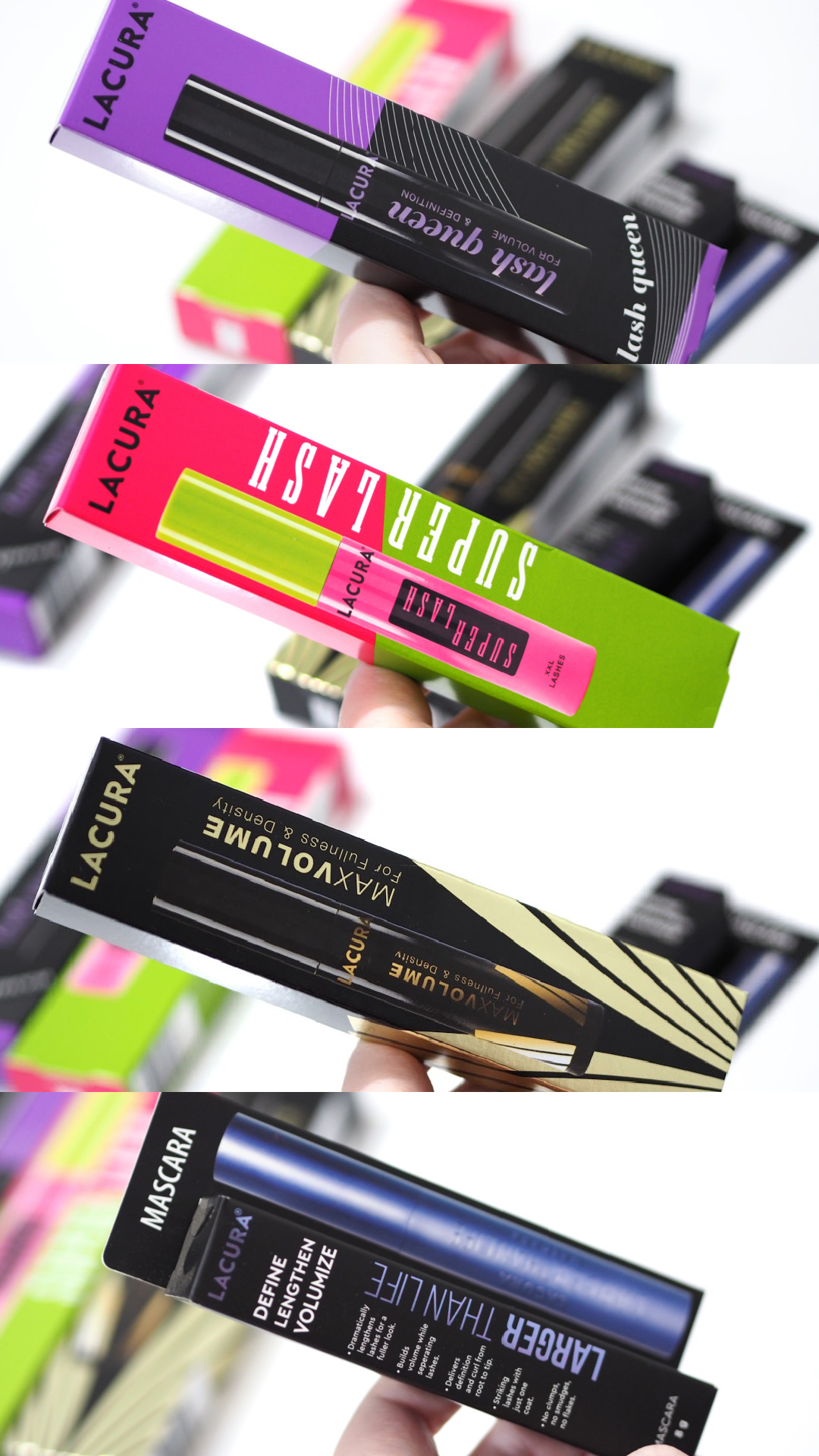 I’ve been testing four of the Aldi Lacura Mascaras, so I can write a comparison between the Aldi versions, and the alternative or higher end version of each mascara. 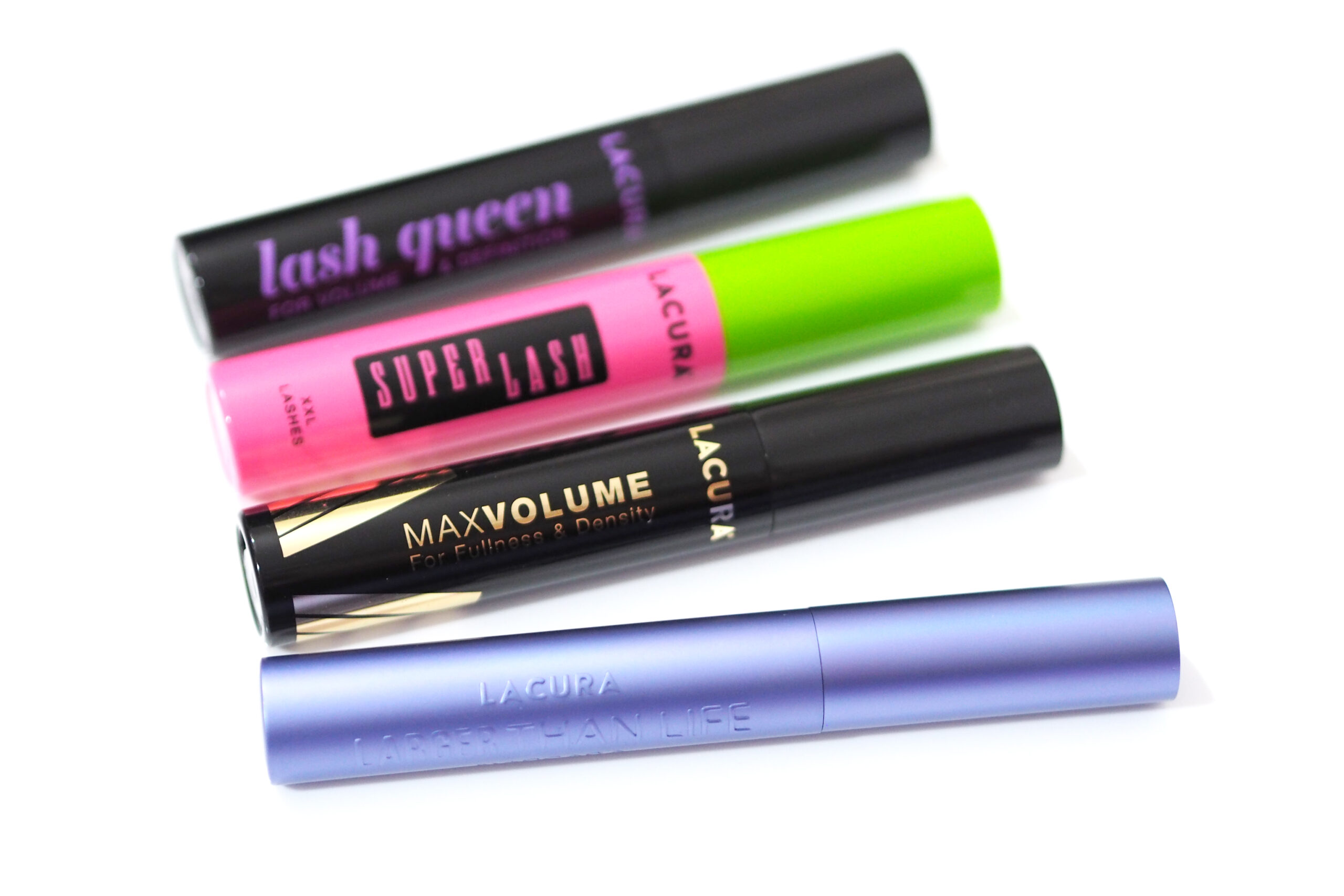 The four Aldi Lacura Mascaras I have, are all priced under £5 and the packaging designs and names definitely tell you which product they’re trying to dupe.

As with every single Aldi beauty product, these mascaras might not be in your local store, but keep checking as they constantly bring products back over and over depending on their Special Buy’s planned for the month ahead. Let’s take a look at the mascaras…. 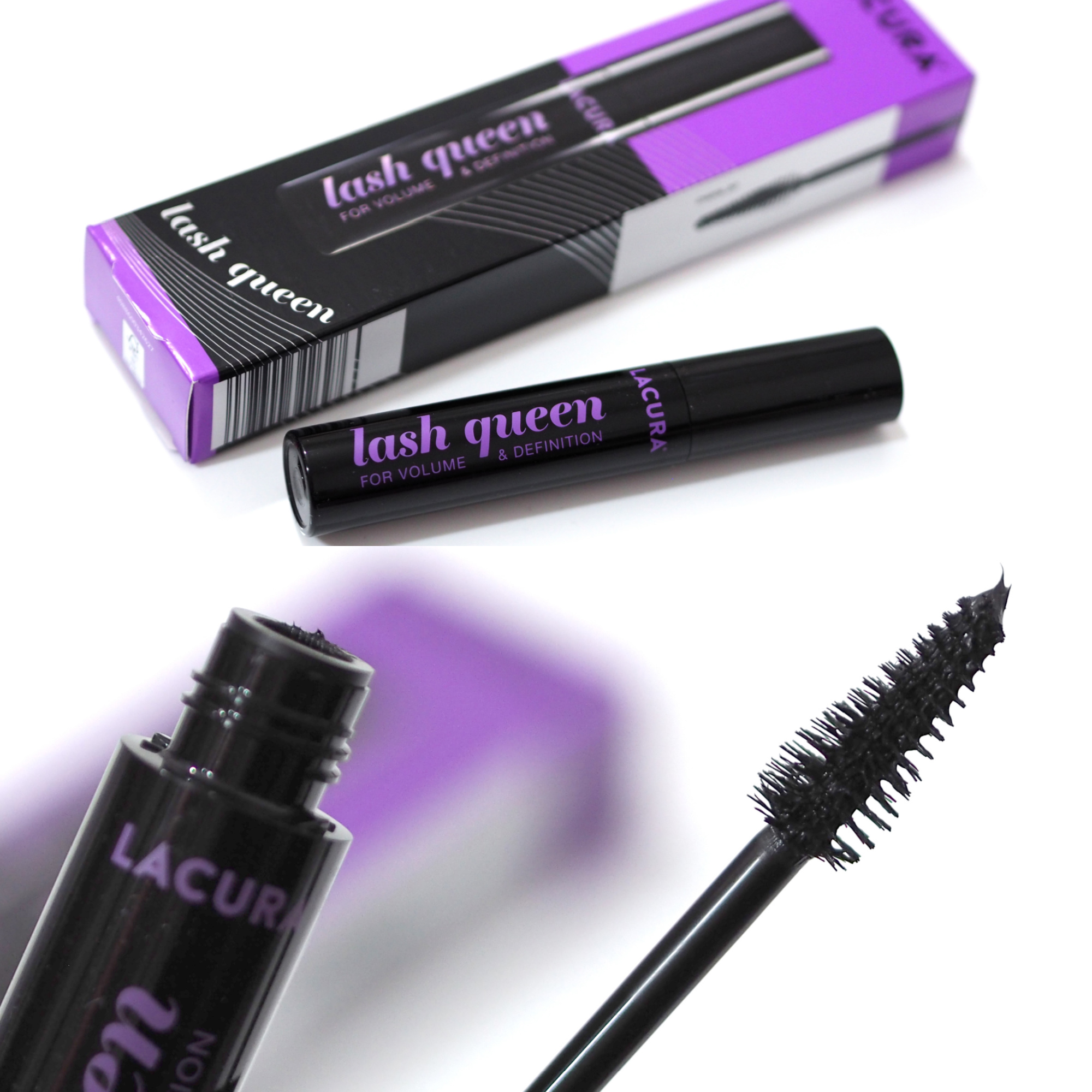 It features a natural bristled brush, with a tapered design, and spaced out bristles, just like the Essence version, and the formula is nice and comfortable on the lashes.

It’s said to be a mascara to help you achieve volume and definition, but for me, it’s amazing at lengthening the lashes, and it’s one of my favourites from the four Aldi Lacura Mascaras I have to show you. 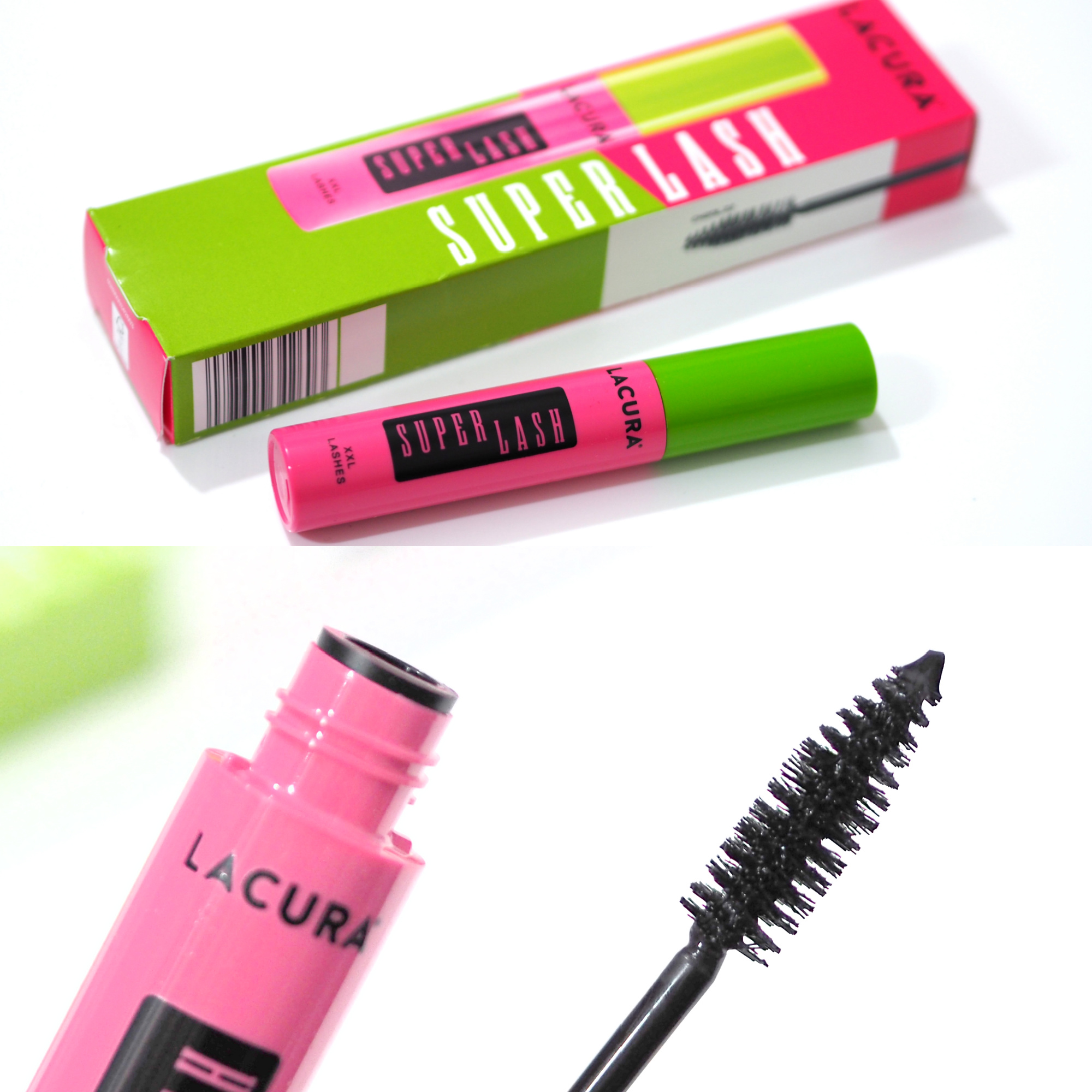 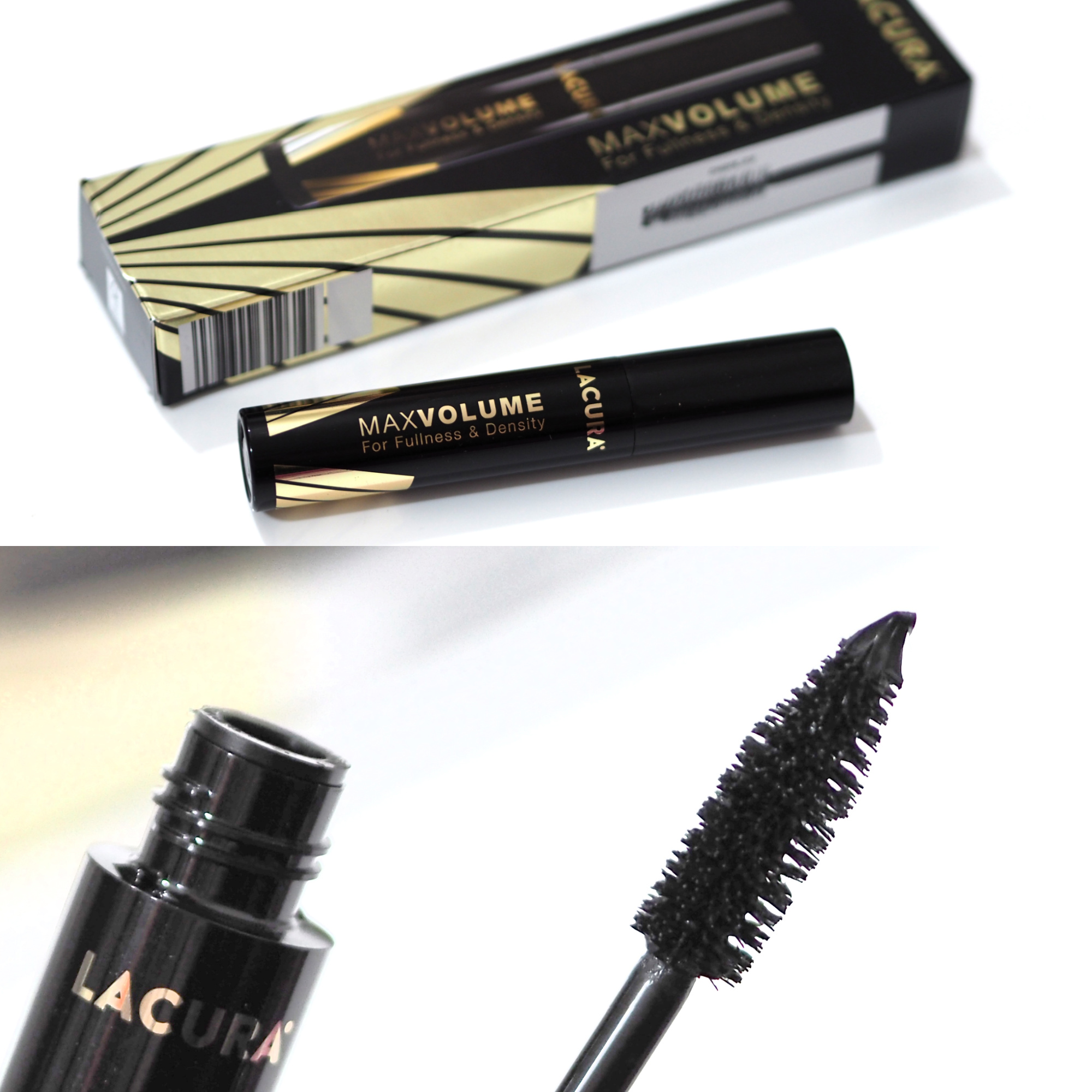 Ignoring the differences in the brushes, the formula is extremely comparable, and it does a great job at lengthening, and adding volume to my straight, short lashes. 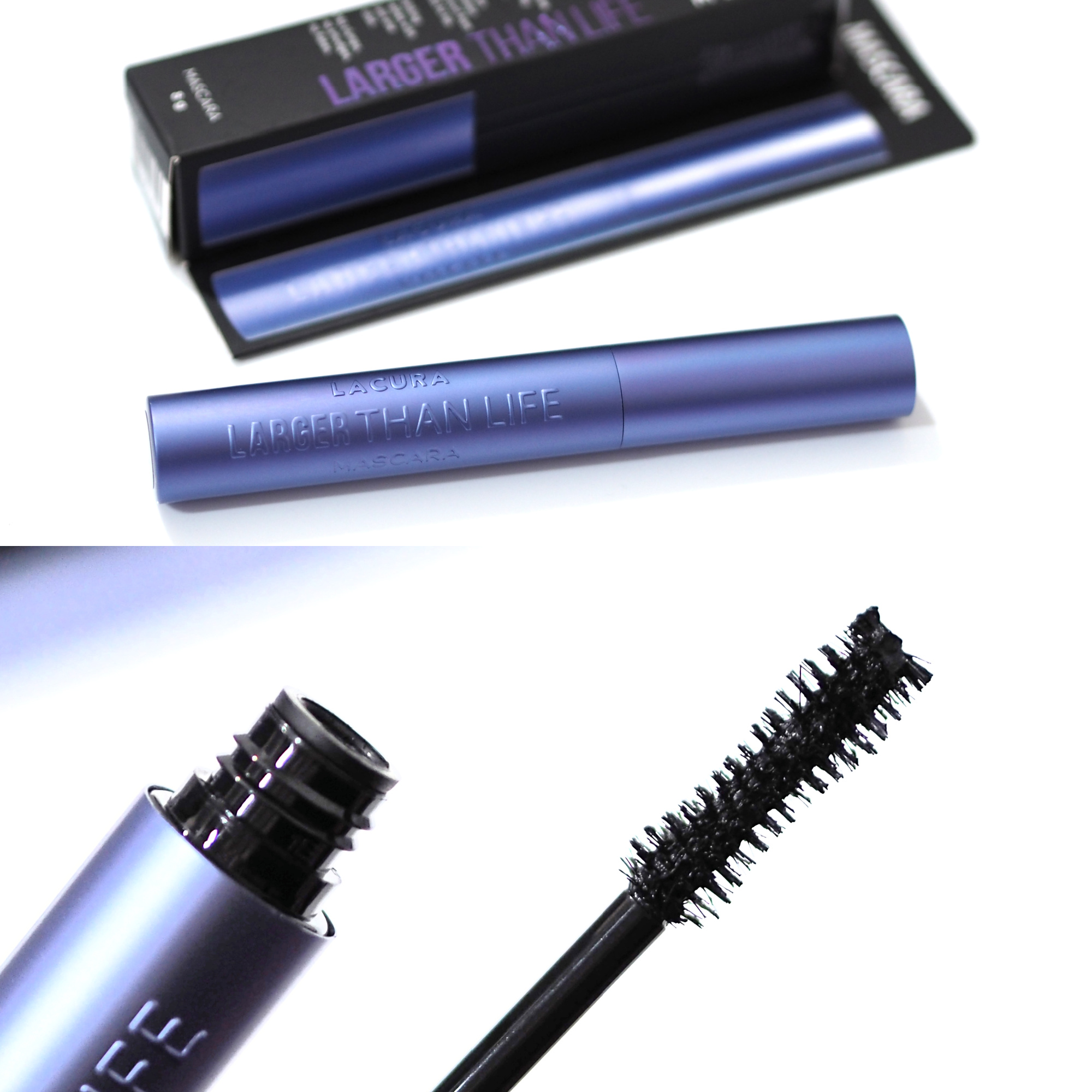 The very last Aldi Lacura Mascara I’ve been testing is their most expensive offering at £5.99, and it’s a Too Faced dupe. It’s the Aldi Lacura Larger Than Life Mascara which is a great dupe for the Too Faced Better Than Sex Mascara.

This mascara has the same metal packaging as the Too Faced version, except the original is pink. The name of the mascara is written in raised writing on the tube, just like the original, and they both have the same natural bristled, hourglass shaped brush.

If you were to apply this mascara to one eye, and then the Too Faced version on your other eye, there’s no way you’d be able to tell them apart. It is a straight up dupe, and whilst at £5.99, it’s double the price of the others, I feel like the luxe packaging does justify that.

If you’re yet to try the Aldi Lacura Mascaras, I cannot recommend them enough. If you ignore the fact they’re duping other mascaras, they’re really great quality, and I haven’t had smudging with any of the four formulas I’ve been testing.

I’d definitely recommend checking out their beauty section next time you’re in an Aldi store, as the products are well worth a try.