The Aldi Lacura Cleansing Balm launched back in the beginning of summer, and I had to give it a try after reading some reviews on You and The Independent, which had described it as being an Emma Hardie Moringa Cleansing Balm dupe.

I bought mine back in early July, and I’ve been using it on off ever since, and I thought it was probably time I put a post together, and to let you know if it was a dupe. 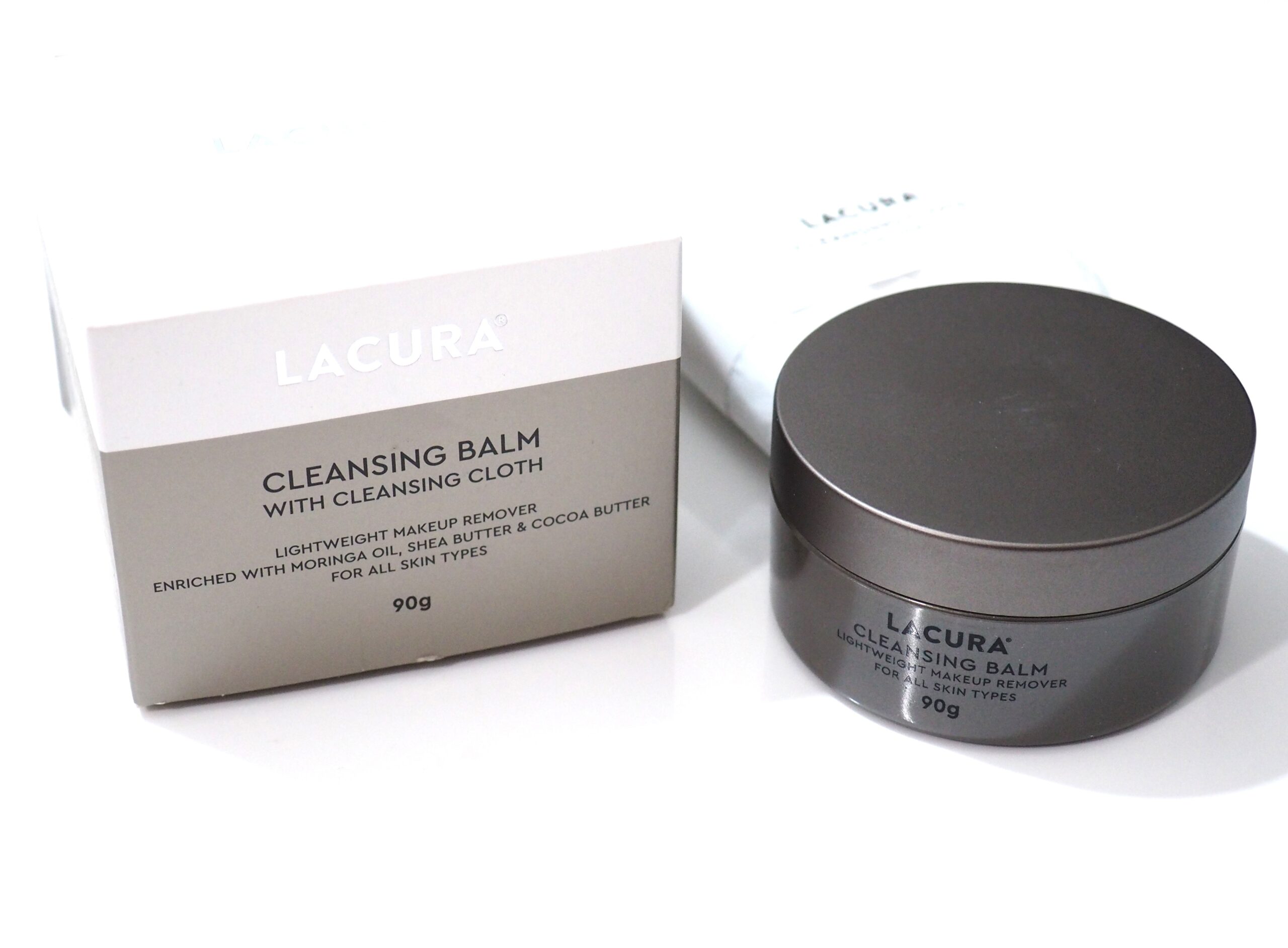 Aldi love a beauty dupe, and I’m totally here for it. Many don’t like the copying, but it’s nice for people to have a budget-friendly alternative to higher end products, especially in this economic climate. 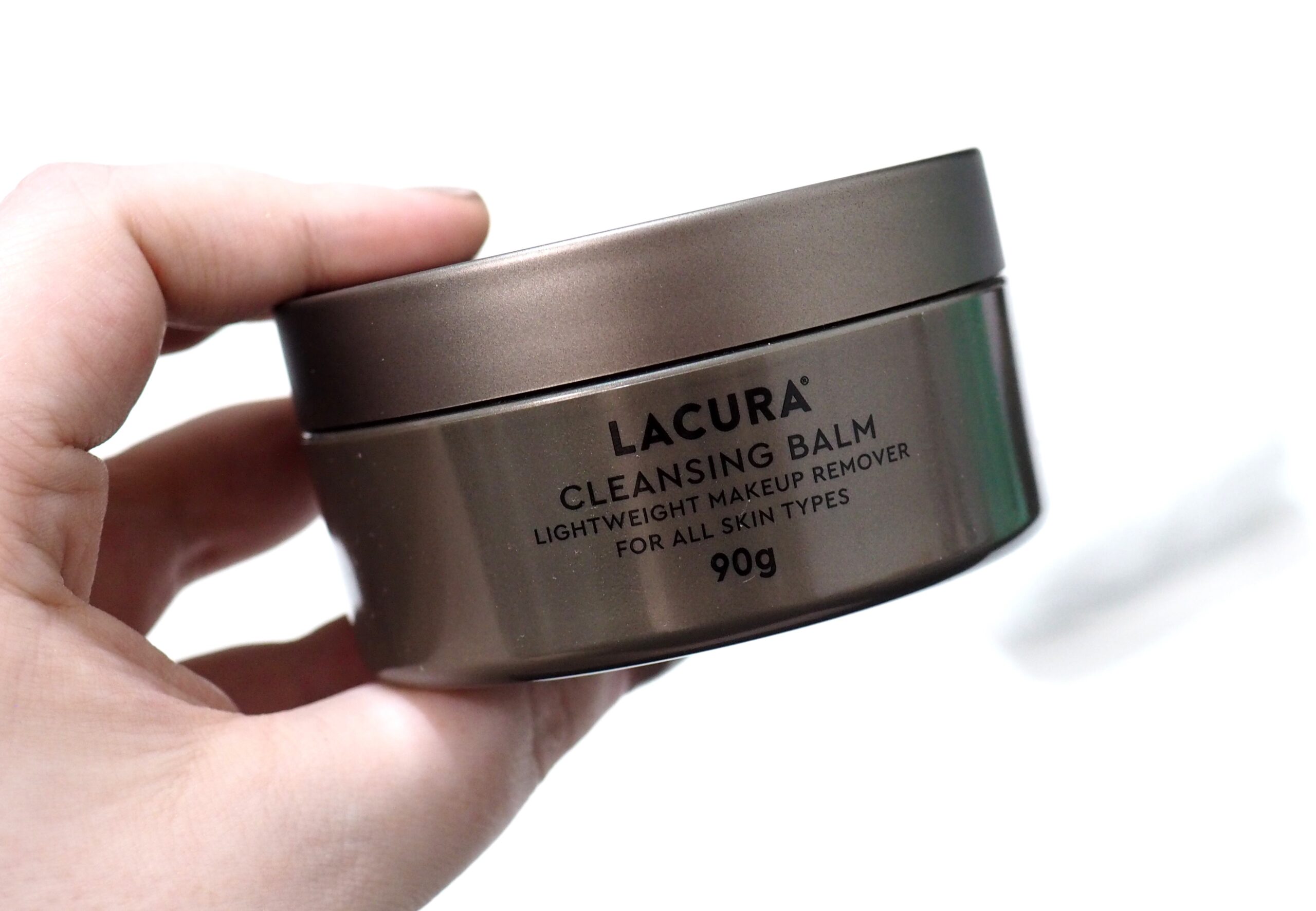 “Try an alternative luxury way of taking off your make-up with the Lacura Cleansing Balm. The lightweight formula is enriched with moringa oil, shea butter and cocoa butter. It transforms from a solid balm into a silky smooth oily texture to remove make-up and dirt leaving your skin deeply cleansed. Implement into your daily routine to help your skin feel balanced, refreshed and hydrated.“ 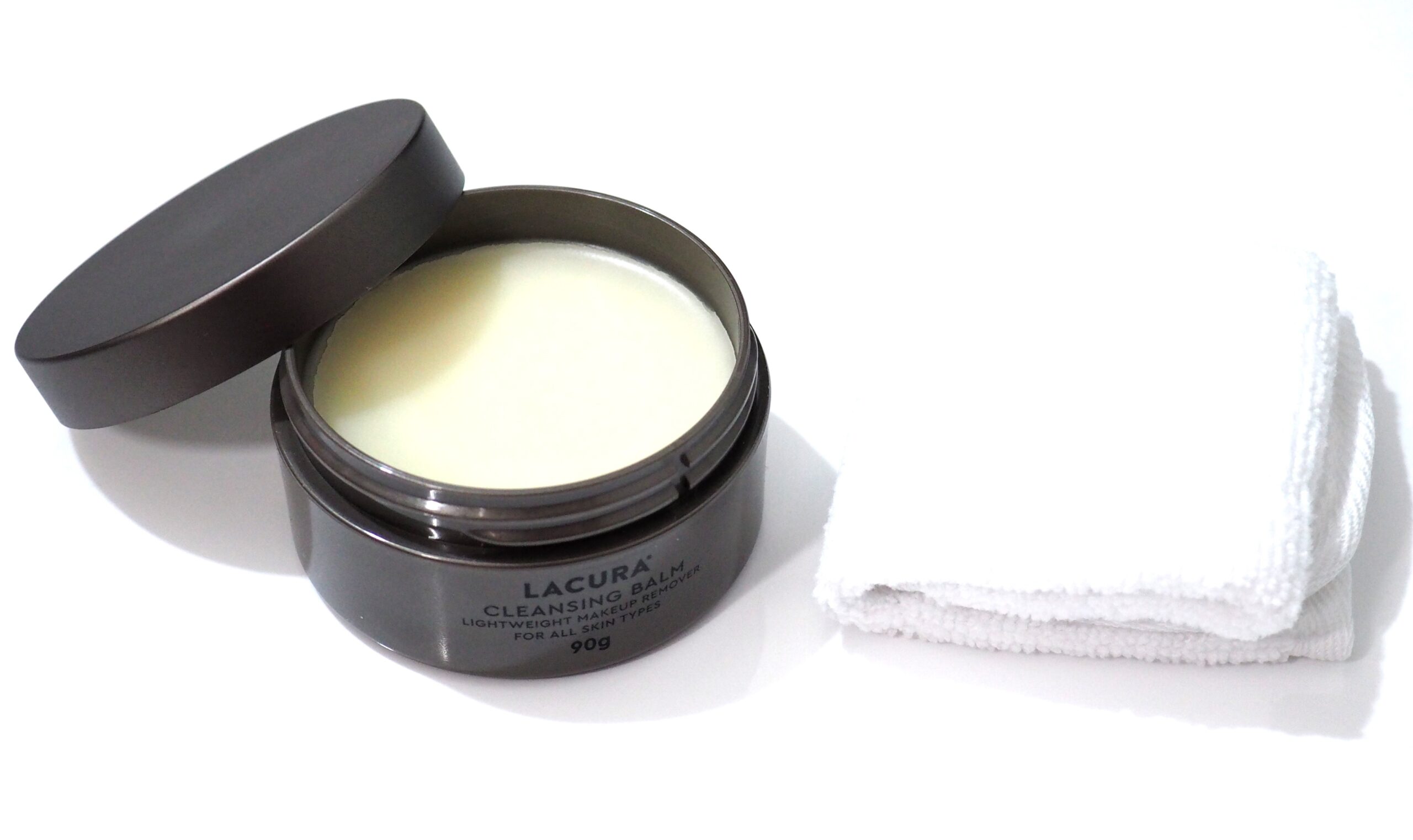 The Aldi Lacura Cleansing Balm is 90g (10g less than Emma Hardie), and comes with a white soft facial cloth. It is a microfiber cloth, and it’s almost identical to the one I got in my Emma Hardie Cleansing Balm, so the cloth alone is very much a dupe, with the same texture, softness and size.

Both cleansers have a very strong scent, which I personally don’t enjoy on either formulas, but it’s a strong herbal scent which lingers for at least twenty minutes post-cleanse. They don’t smell alike, so that’s one difference between the two, and the Emma Hardier version is stronger scented.

The packaging is different, with the Emma Hardie balm having a silver coloured jar inside a clear walled jar, and the Aldi version is just plain silver. It still looks pretty chic for a £7 cleansing balm though. 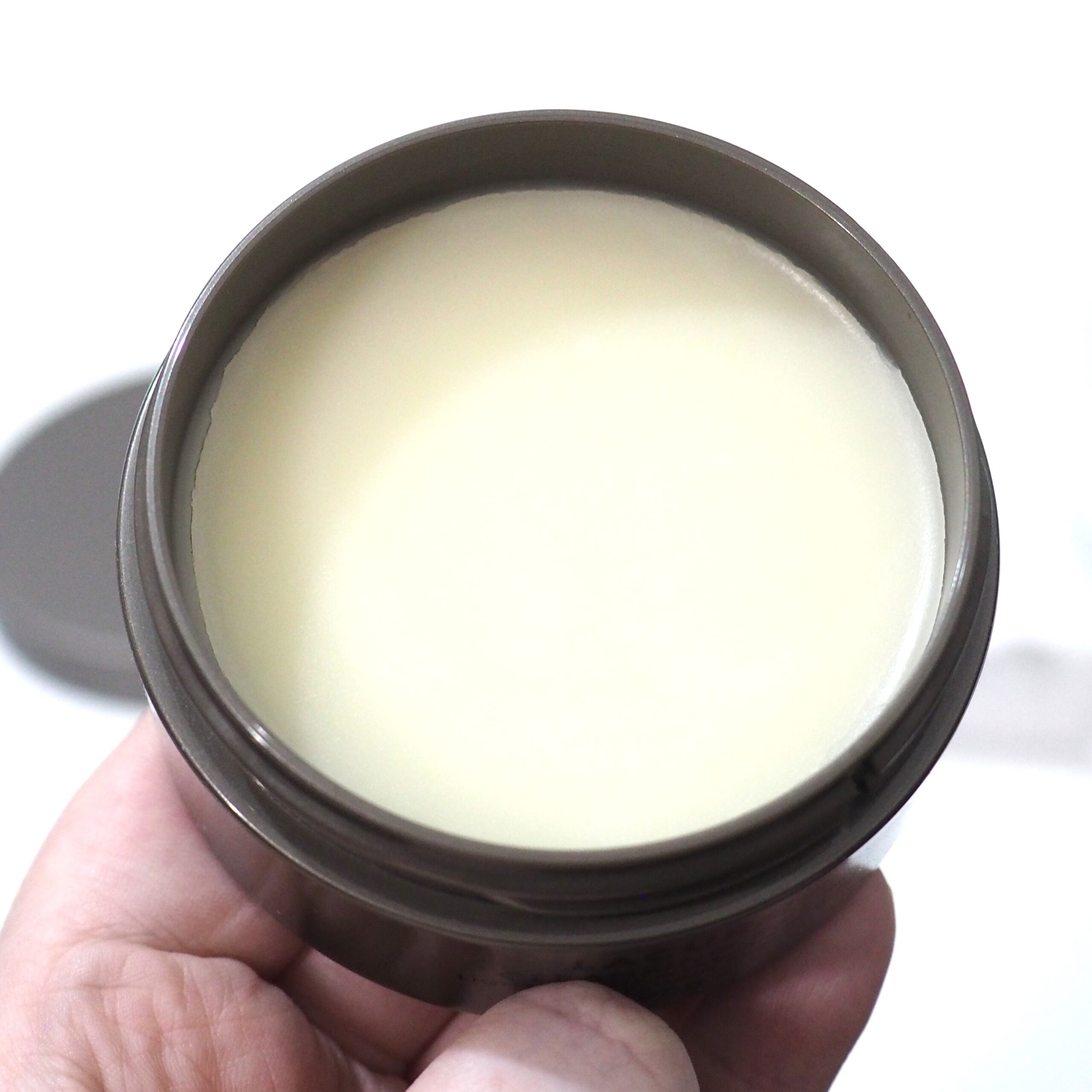 Once you unscrew the lids, the balms *look* different, with the Emma Hardie version being a golden yellow hue, and the Aldi Lacura Cleansing Balm is white.

They’re both solid balms, which you scoop out, and the Aldi version feels a little more emollient and soft straight from the jar, whereas the Emma Hardie version is firmer, and needs a little warming up between your fingers.

When comparing the efficacy of the two balms, they’re both great cleansing balms. They both do a great job at melting your makeup way, and the cloth makes it easy to remove from the skin. The Aldi Lacura Cleansing Balm is actually gentler on the eyes too, as the Emma Hardie version makes my eyes sting, and I don’t get that with the Aldi version.

I don’t enjoy one more than the other, so in my opinion, I’d much rather pay £6.99 for a cleanser than £47, and whilst neither are my favourite cleansing balms, I think the Aldi version is very much worth a try.

You can find the Aldi Lacura Cleansing Balm right here.